So we’re over quarter of the way through the year (say what?! that’s flown by) so I thought I should do a little Bucket List update and remind myself of what’s left to achieve on our list! 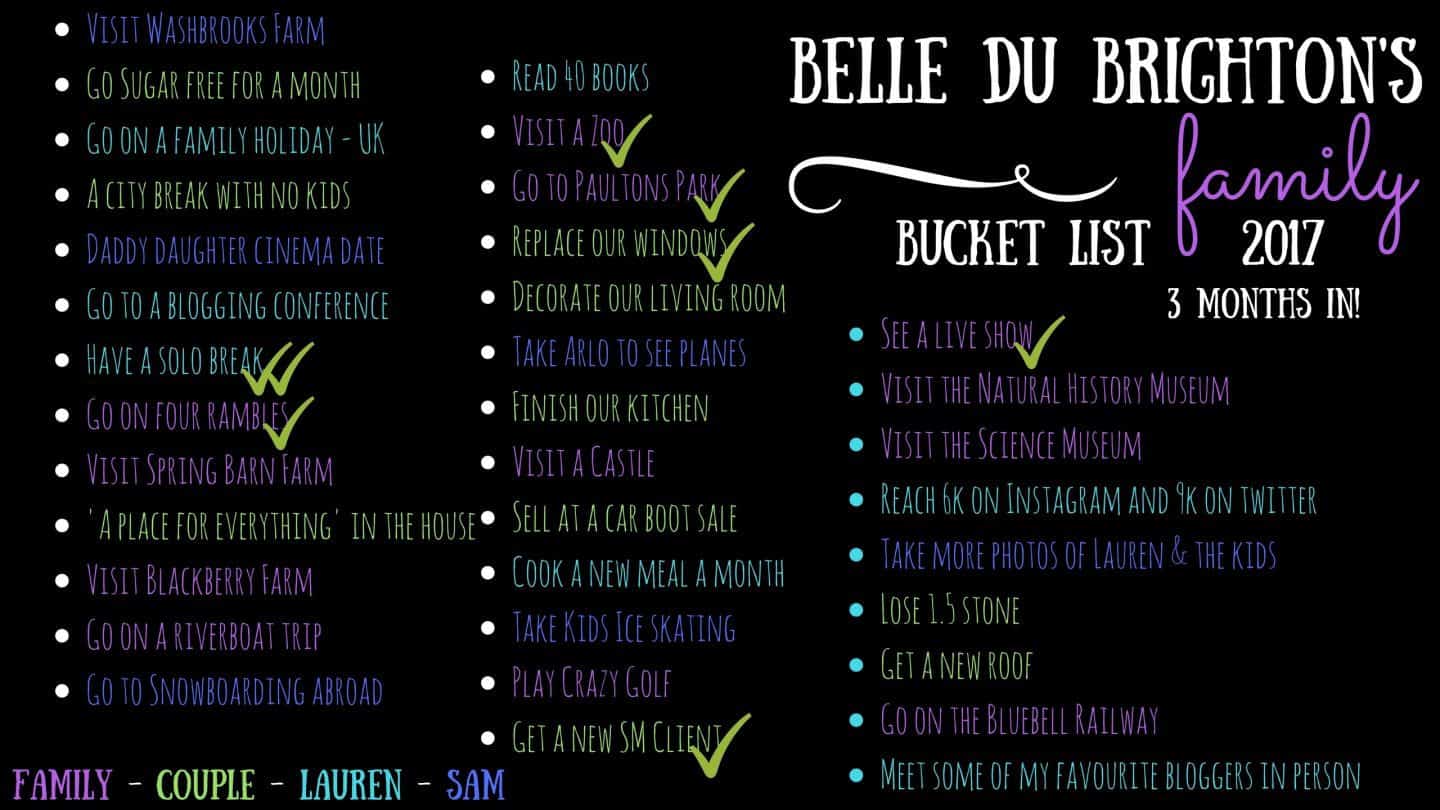 So the things we’ve ticked off in January, February & March were:

Have you got a bucket list? How’s it going…?