I’ve been a little absent from twitter and have been posting less blogwise too, and do you know what? I’m alright with that. I was spending so much time scrolling through twitter of an evening, when actually I should have been doing things like reading, cleaning the house and eating proper dinners. Don’t get me wrong, i’m still going to be reading and tweeting, just not as vociferously as I was,for now! During the day it is increasingly harder to keep up too as Athena is (sort of ) on the move and needs constant interaction unless I can fob her off in the jumperoo for 2 minutes, but even then the time I gain is what I use to prepare lunch and I feel guilty. 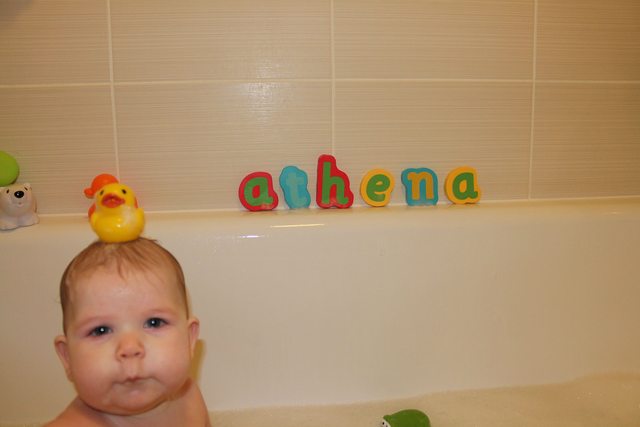 I thought I’d just sit down with a cup of tea whilst Athena is still asleep to waffle on a little, as this blog is for me to look back on as much as anything else! We got back from almost a week in Norfolk with Sam’s family on Monday night, and since then I have done a KIT day at work and am still struggling with the decision of not to go back/to go back/what to do! More on that at a later date i’m sure! We had a lovely 2nd Christmas with the family, and I met Sam’s cousins on his mums side and their kids, which resulted in 16 people hurtling about the place (lucky she has a big enough house) and many indoor helicopters as 5 people got given them for Christmas, it was like sitting in a room of giant wasps! 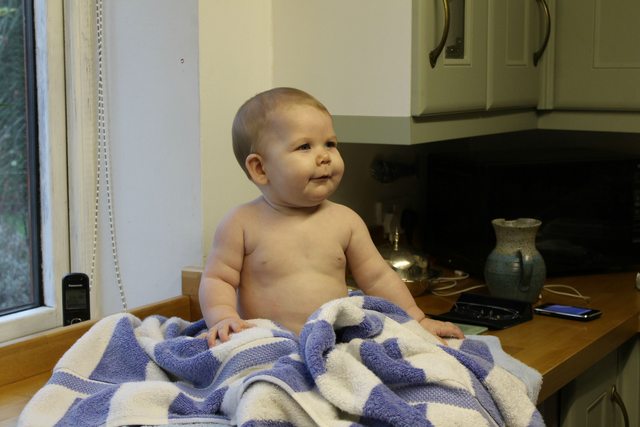 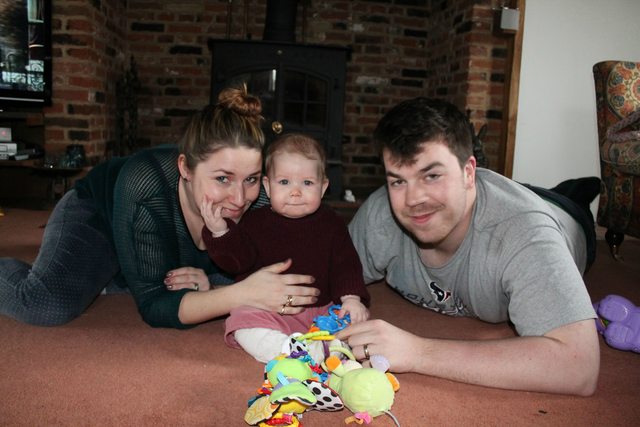 Athena is now 7 months old and is wriggling round the room (mostly backwards) eating 3 meals a day and generally being a gorgeous little thing. She’s been sleeping a lot better too recently which has meant I feel a lot more with-it during the day which is a bonus. She’s into absolutely everything, touching, scratching, pulling and throwing. She’s obsessed with opening the drawer on the coffee table and at Sam’s mums sat happily opening and closing the dresser door in the kitchen for ages! She’s sucking her thumb less now, I think this is because her teeth are bigger, but she still only has the bottom two teeth, hoping the top 2 come along soon so eating becomes a bit easier so she can bite rather than suck to death! Baby led weaning took a bit of a back seat when we were away due to mess/eating out but we’re back at it now we’re home & she’s sleeping better. The cot has come down a level and we’re using the next group car seat, forward facing. I’m aware that they are meant to be rear facing for as long as possible but the seat didn’t fit that way in our car, and she loves looking out of the window and squawking at things, plus when she falls asleep I can see her in the rear view! I’m not going to do a 7 month update, so this will have to do! I’ve not filled out this month in the baby book yet either, should really get on that!

I’ve had a bit of a shuffle about with the furniture in both Athena’s room & Our room, and have managed (miraculously) to create some more space! Next on the agenda is the living room, which is south facing. Annoyingly this means that I spend most of the day with the curtains closed as the sun shines right in the face of anyone sitting on the sofa. I plan to move it to under the window, but then I need to work out where I can move the TV to so that the sun doesn’t shine on that either! all highly important issues, clearly!

I hope the start of your year has been good so far, and when I have got my head round the problem of ‘the future, dun dun dunnnnnn’ I will be back to posting more regularly, as I have some recipes to share, an outfit from before Christmas and a new idea that hopefully lots of you will be interested in!