On Friday we had the pleasure of being invited to Paultons Park for the opening of to new rides they were unveiling in Peppa Pig World. Obviously the kids were super excited, they’ve been before but not for over a year,  we were last there for Arlo’s 2nd birthday. The newest area of the park has been extended at one side on the existing (already pretty large!) Peppa Pig World, and opens TODAY! Plus just next to the new area is the recently opened ‘Little Africa’ part of the park. 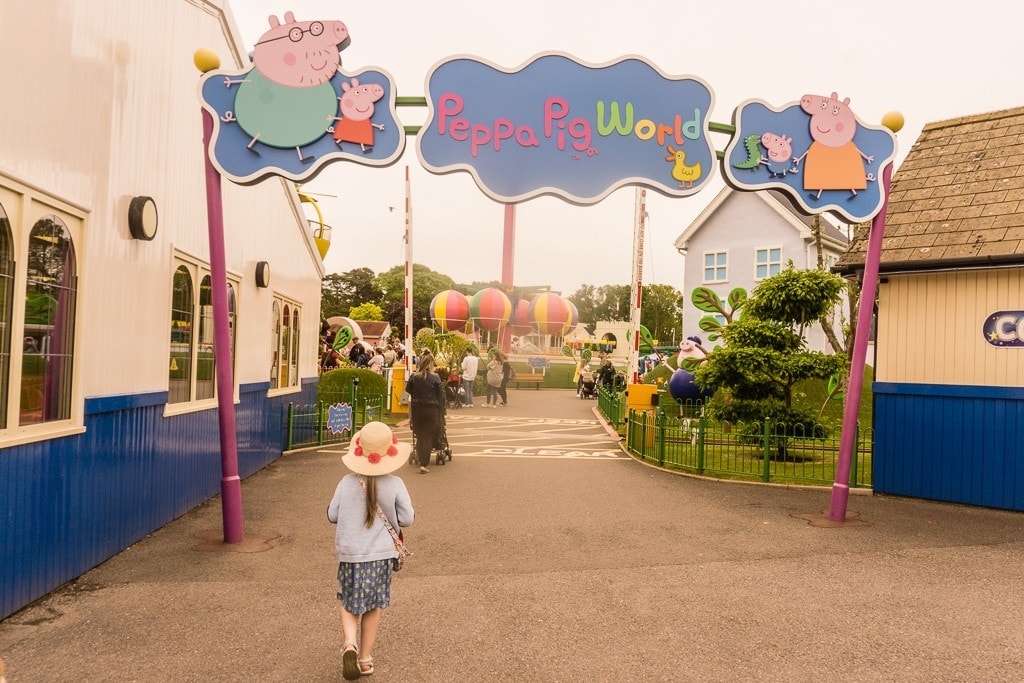 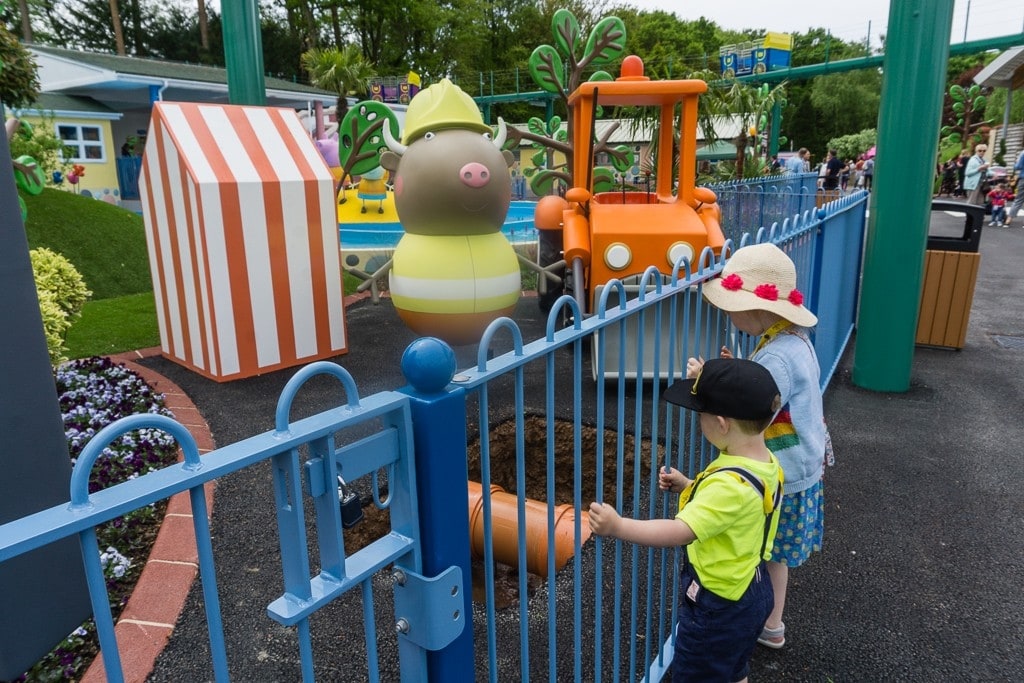 The first of the two new rides that are opening today is Grampy Rabbit’s Sailing Club; a gentle boat ride that takes you all around the new part of Peppa Pig World. It passes lots of fun scenes, including Peppa and her family having a picnic, and even the Queen jumping in muddy puddles! The boats are circular and can fit four  adults in, it’s a ride for the whole family so even tiny babies can be taken on! The boats spin as they go, but it’s a really calm ride! 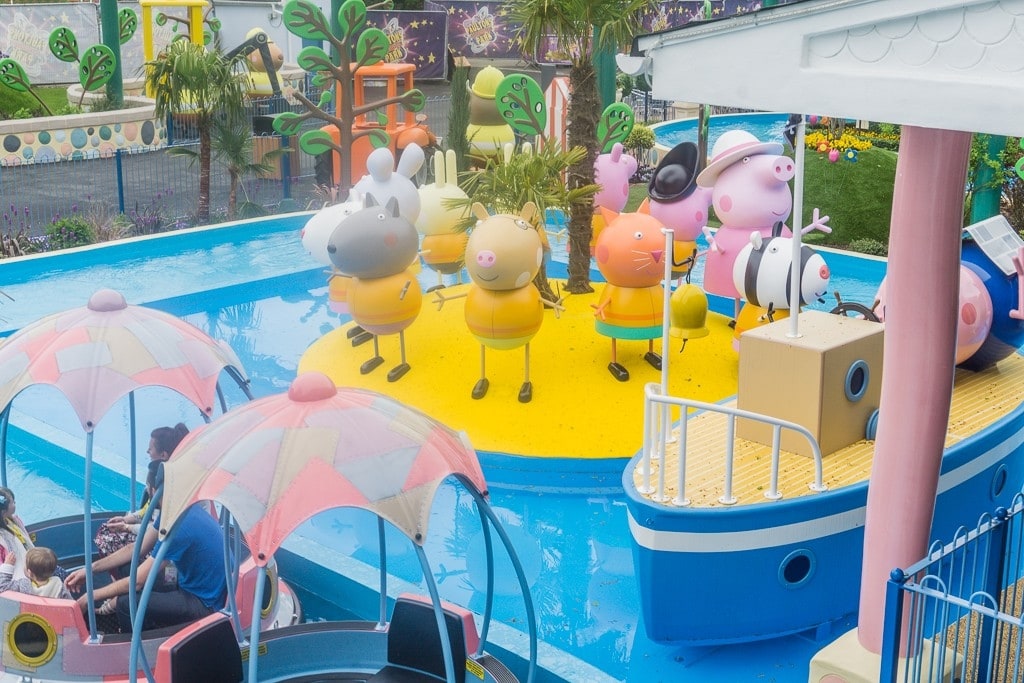 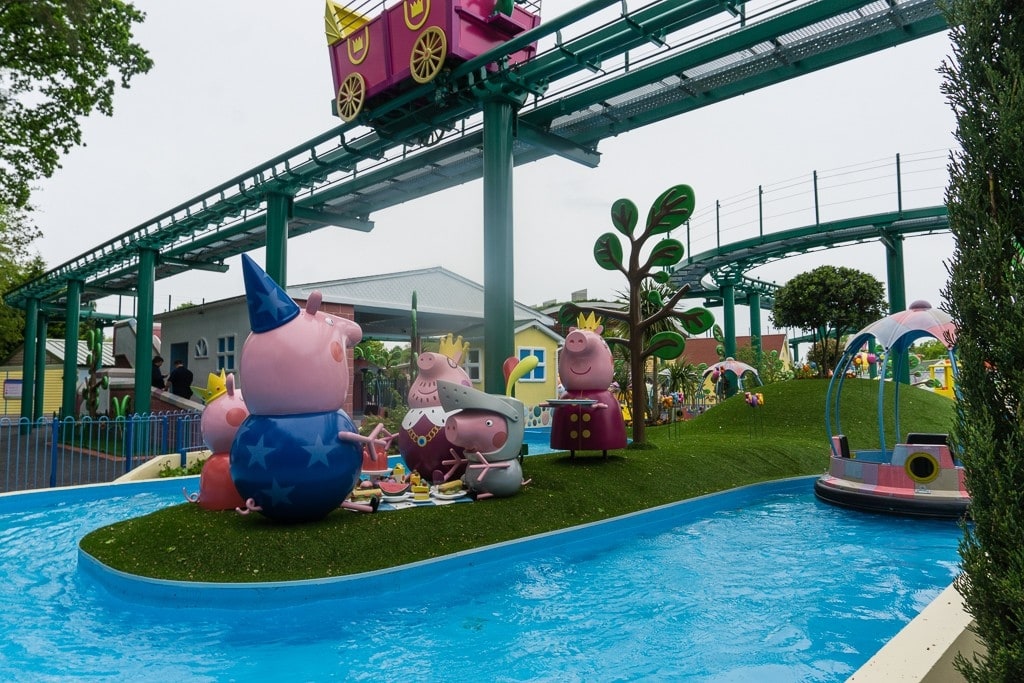 The second new ride is the Queen’s Flying Coach Ride which is a really fun monorail that takes you over the new Sailing Club ride and give you all an amazing view out over all of Peppa Pig World, plus you can see other parts of the park too! The Queen gives a guided tour as you go around the track, encouraging you to wave at your subjects! The coaches are all painted different colours and trundle gentle around the meandering track. 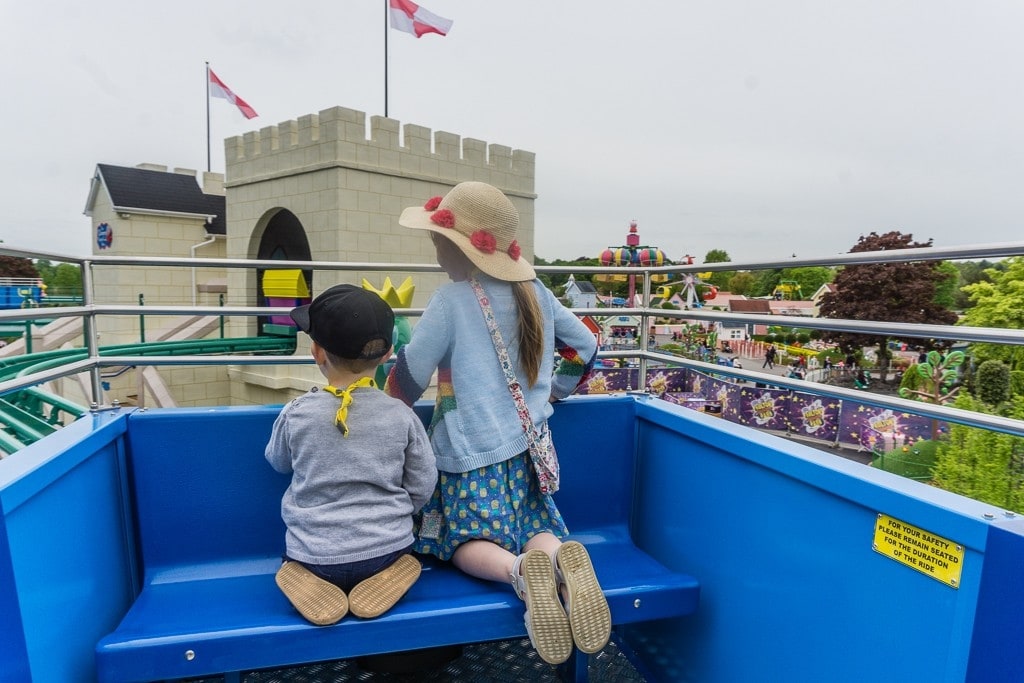 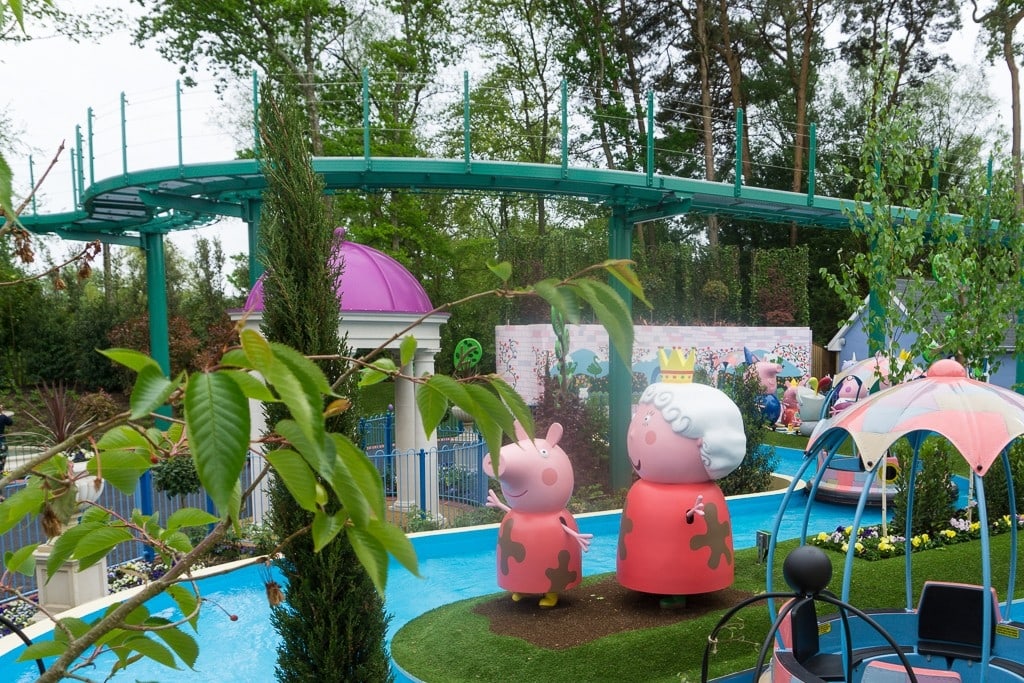 Of course the newly extended area is immaculately presented with loads of fun characters and scenes to spot! There is also really large picnic area with astro turf, picnic tables, benches and sun umbrellas in the new area as well as a new cafe with its own seating area. The new area can be entered close to the Georges Dinosaur ride and also alongside the Trekking Tractor ride.

We spent a lot of the day in Peppa Pig World, but made sure we got to stroll through the new Little Africa world too, as this wasn’t opened when we were at the park last. My kids love animals and ‘creatures’ so were excited to explore! They both loved trying to spot the tiny pygmy mice, and Meerkats are always a favourite! I liked the nocturnal house, full of darkened enclosures with lots of animals to spot! Outside there was a super friendly lizard too, it was was running up and down along the glass seemingly completely nonplussed by everyone watching it! 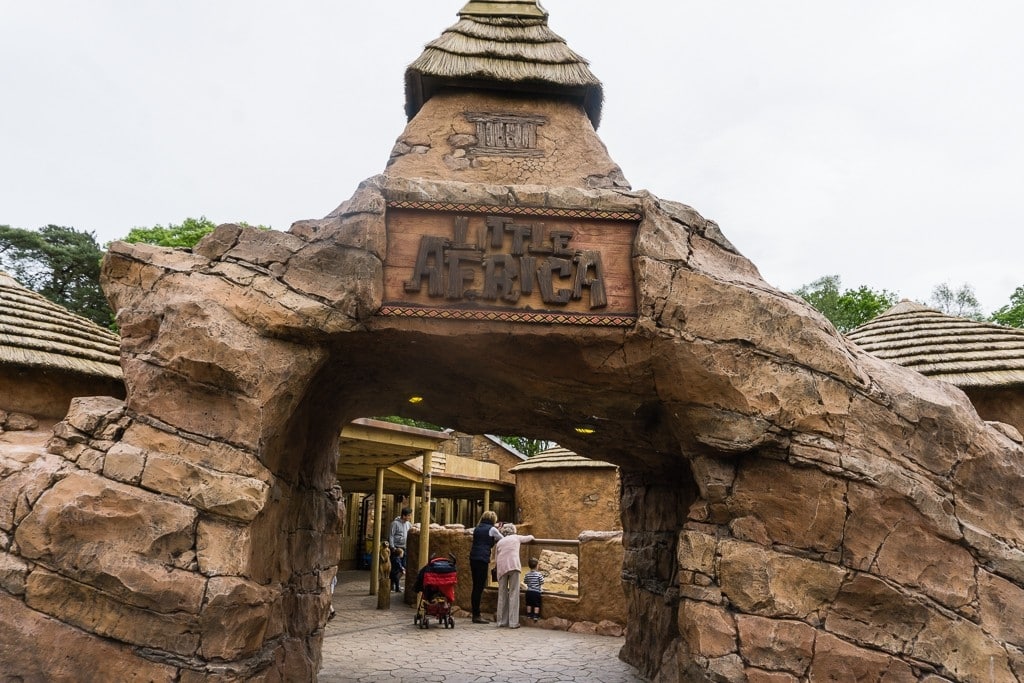 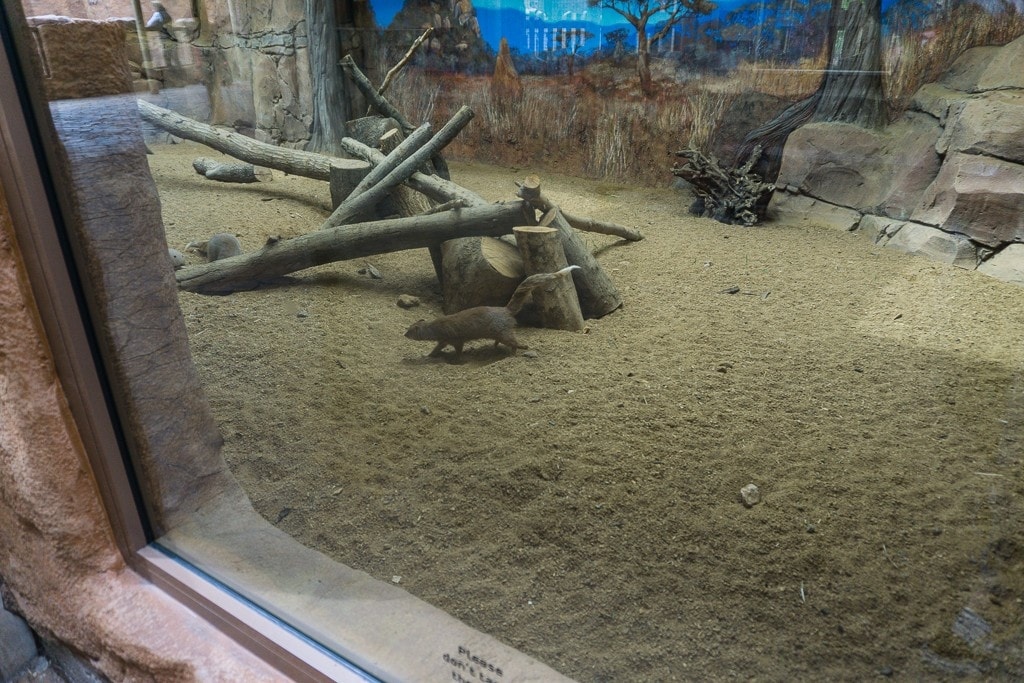 Athena was excited to go back on the Cat-o-pillar Coaster because she’s a bit of a daredevil, and Arlo was tall enough to go on it too this time! He wasn’t as impressed, he was smiling on the way round but said afterwards he was scared! Athena on the other hand was giggling and squealing all round the track! Next up we headed to the Lost Kingdom for The Dinosaur Tour Co, a fun safari ride past real (!) dinosaurs – Arlo remembered it from last time and loved it just as much this time too!

We ended our day back in Peppa Pig World, adventuring on Daddy Pig’s Cars and another go on Georges Dinosaurs – Athena is so happy she is tall enough to go on on her own now! There is still so much that we didn’t do, I think you really need two days to make the most of it all – as there is soft play, splash parks and lots more like the Seal Falls and the Digger Ride we didn’t even make it to on this trip!

I’ve included some footage of the new rides and also the Little Africa part of Paultons Park in this weeks weekly vlog too! 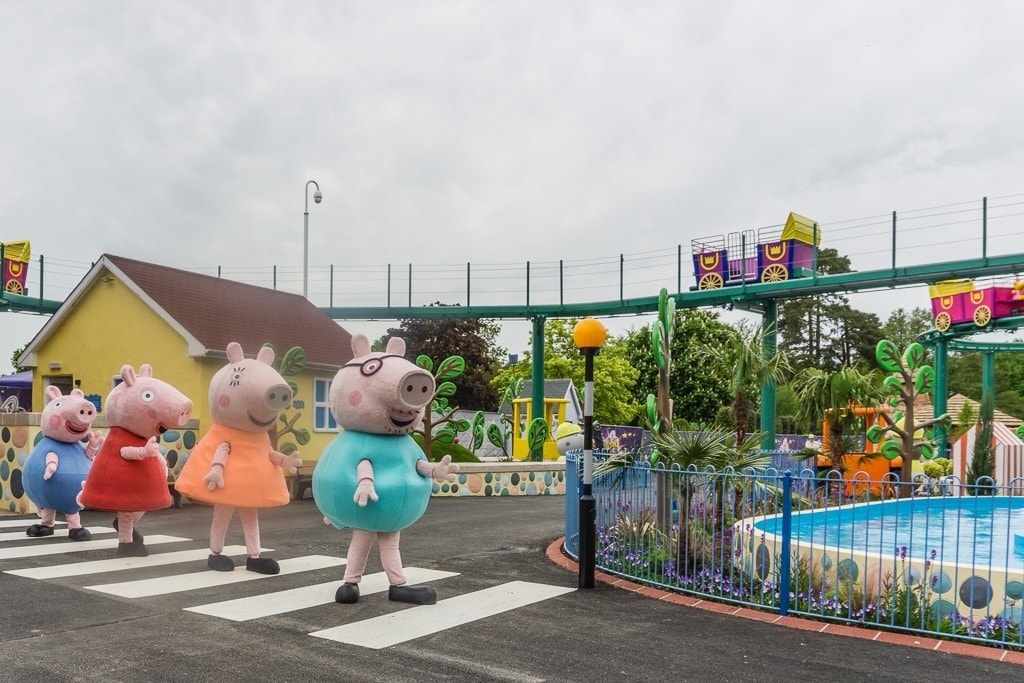 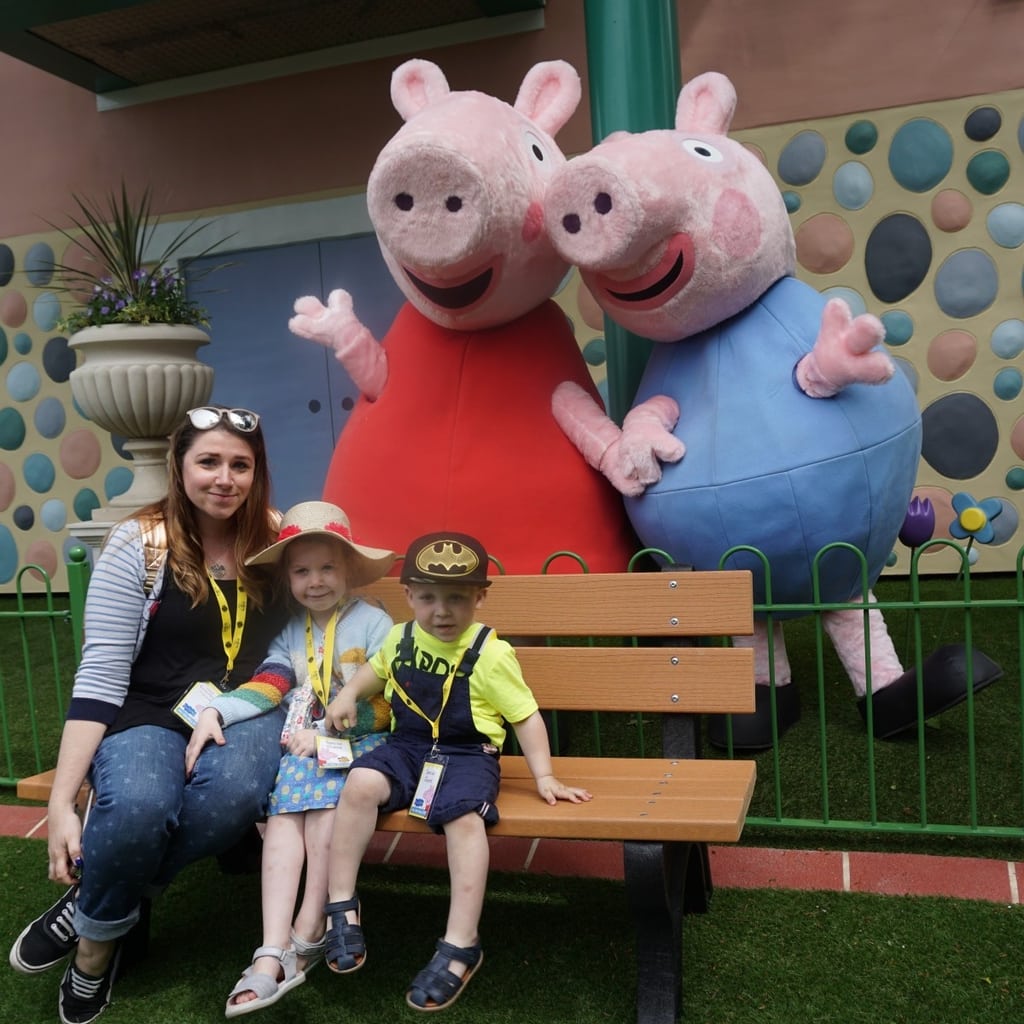 Paultons Park is close to Southampton with easy links from the M27 and the M3 to London. For more information, please visit the Paultons Park website. You can also see what Jemma at Thimble & Twig thought of the new rides here too!