After Christmas    Sam and I decided that we would  try a ‘No Spend’ year. Yep – not spending anything for the entire of 2020.  However there have to be some rules to follow, and exceptions to be made  – because of course we need to eat! 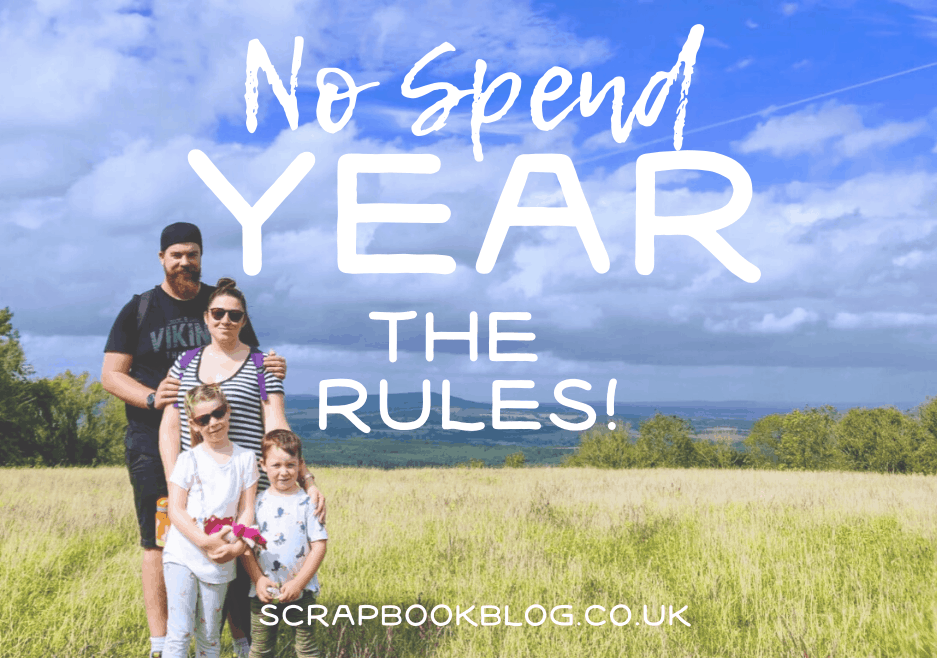 So here is how we think it will work:

What ARE you allowed to spend money on?

If something vital to  our  lifestyle breaks – we will attempt to repair or replace it with something second hand, if after a discussion we don’t think we’ll manage without it.  This covers things like   equipment in the kitchen, tech to a certain degree , ie I need a phone and a laptop to work.

Groceries – we have been meal planning and have already brought down our food bill so we will continue to do this as well as doing more batch cooking and freezing. No elaborate  extras, no daily puddings and limited alcohol – neither of us really drink  at home anyway  so this isn’t going to be hard.

Toys & Games  if they’re birthday/Christmas presents (either for our kids or others) but we will obviously not go overboard (we generally don’t anyway)  and we also promised  Arlo a birthday party this year as he’s not had one before so that will happen.   We used to go to a car-boot sale in the summer and end up spending money   (admittedly not much!) on toys and books for the kids so depending on any specific needs  for the kids we might set a small budget and go to a couple of car boots to replenish the  toy box and bookshelves!

Anything pre -booked: We have already booked and paid for 2 holidays this year, to America this month  and to Budapest with the kids at Easter. We’re obviously going to be careful of our spending on both trips but won’t be miserly and ruin the holidays for anyone by  not going to attractions and taking a packed lunch everywhere!

How do we feel about the No Spend Year?

So that’s  how  it works, but how do we feel about doing it?  A bit reluctant but it’s important to us not only to bring our expenditure down but also to contribute less to the  unnecessary manufacturing that goes on. We’ve never shied away from buying second hand but it hasn’t always been our first thought. I’ll write an update post every couple of months so you can see how we get on!

We’re also a little worried about the effect it might have on the kids, for example if we’re always saying no to them – but we’re potentially going to work out some kind of chores for rewards  scheme for them that we’re all happy with – watch this space!

I have a couple more posts planned on books /resources to help you plan a no spend month/year and on ways to manage your money  .

Have you done similar? Any questions for us?

One thought on “Planning a No Spend – our rules”