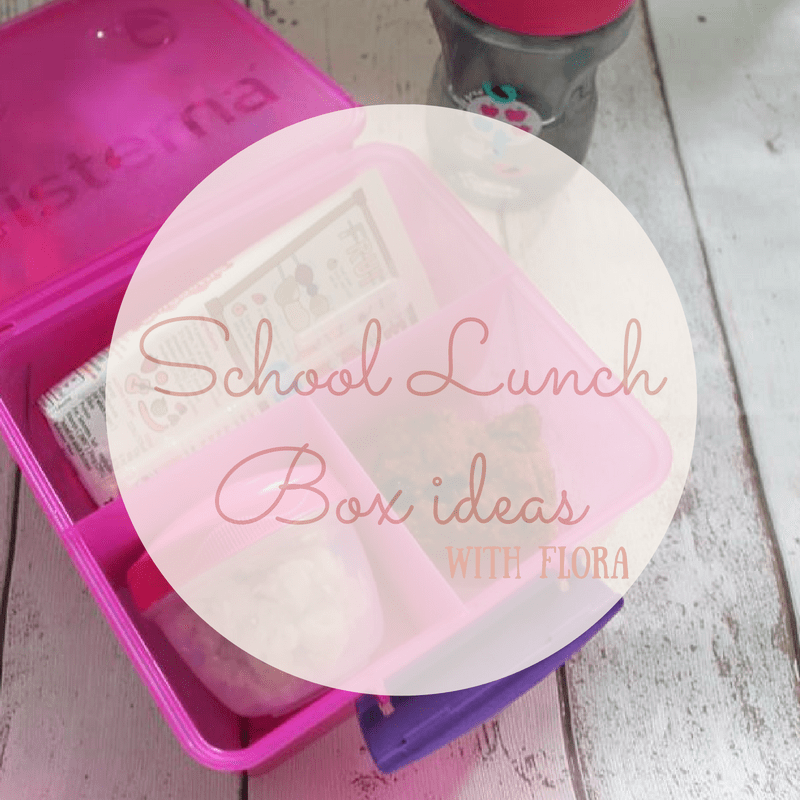 Athena starts preschool this week and is required to take a packed lunch with her to eat whilst she’s there. She’s not used to this at all as at her nursery she had all her meals provided and apparently ate everything, often having two portions of lunch, even if it was something she’d turn her nose up to at home! I am hoping that the novelty of having a packed lunch and sitting with a group of friends to eat will mean that she just scoffs the lot but I still want to make sure that she has things that she likes. Flora challenged us to try out some of the recipes on their website to see if we could find some inspiration on their lunchbox recipes page. Flora have got a big selection of delicious and healthy recipes on their website, broken down into categories to help you decide what you might fancy.

I’m quite lucky that Athena’s new Preschool have said no nuts but there is no restriction on anything else due to children having allergies for example. I have a friend who can’t put dairy in, or eggs as well as nuts! She’s also not even allowed to use processed meat in sandwiches as it’s too unhealthy according to her nursery! So my task is to find things she’ll eat without fuss; healthy but fun, in the hopes that she will start to learn to enjoy new things. When she used to eat a cooked lunch at Nursery she’d always eat it, no matter what it was and I think it was because she was sat round a table with her peers so either got distracted and scoffed it all or wanted to be like them. I know having her own packed lunch will be different as she won’t necessarily have the same as her friends but with any luck she’ll still eat it! I am also fairly lazy so want to pick things that I can prepare the day before so her lunch box is all ready to go in the morning without any thought. 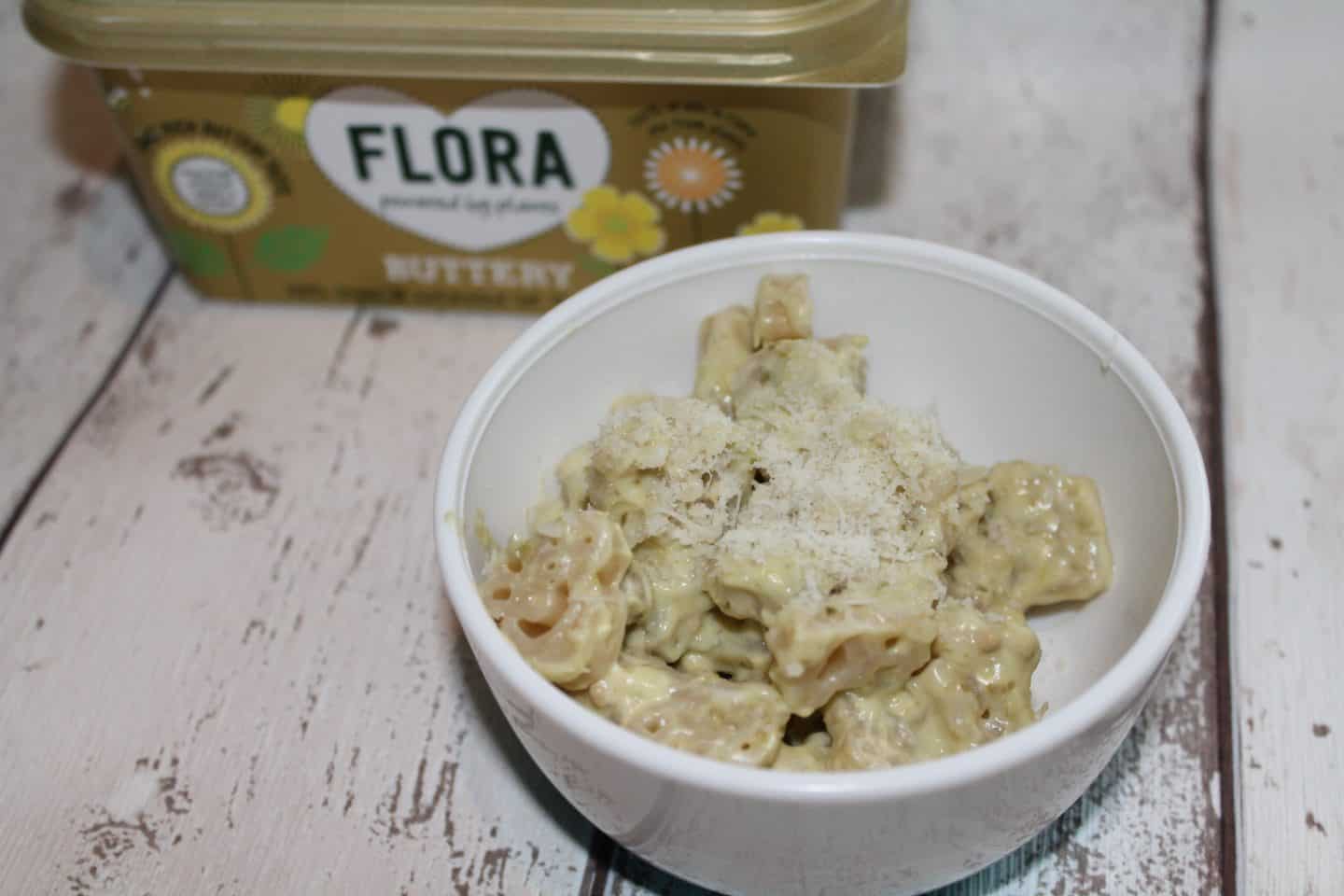 Athena is a pasta fiend so she picked the Pesto Pasta from the lunch choices on the website, so I ran through what was in it and got an ‘urgh, yuck’ to the broccoli so we omitted that when we made it. She also spotted some Peppa Pig pasta shapes when we were doing the food shop so instead of fusilli we cooked it with cartoon pasta shapes. Yes, I am that mum who doesn’t want to cause a scene in the supermarket and bows down to her toddlers demands for (overpriced) themed pasta shapes. Athena actually helped me make the pasta, the recipe is really easy and I obviously supervised her with the measuring and the hob. The pasta itself tasted really good, although I will make myself a batch with broccoli next time as I love it, and I think adding pine nuts could work really well too! It easily divides into little pots for her lunch and tastes good cold too. 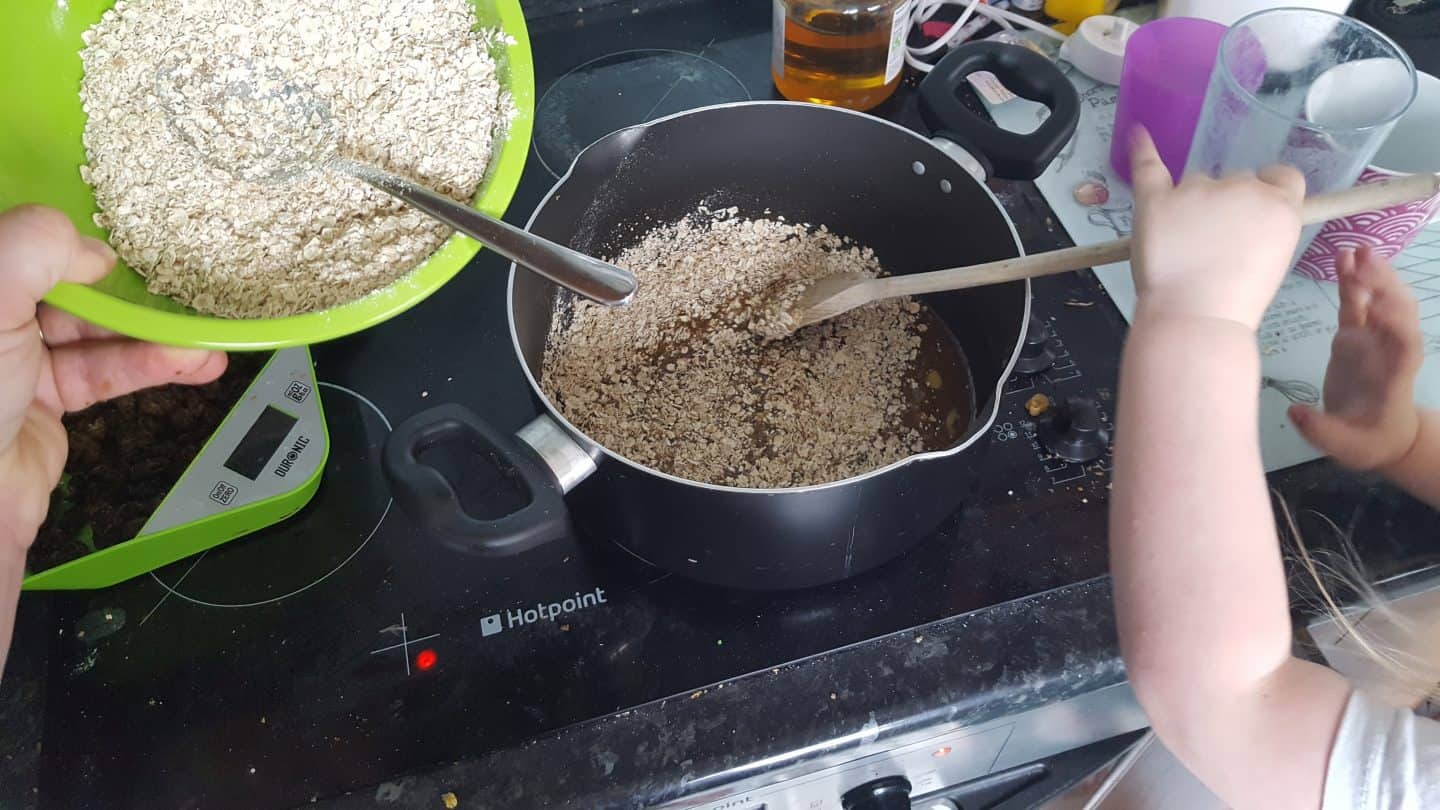 For a snack I picked the Flapjack recipe, and the only change we made was swapping the apricots for dates, purely because that’s what we had in the cupboard! Again Athena got involved with making the flapjack, stirring in the Flora buttery, sugar and golden syrup then adding in the oats when it was lovely gooey and melted. I popped them in the oven whilst we watched half of finding Nemo and they came out golden brown, and taste delightful! A flapjack making tip is to cut into squares when it’s hot and then leave it in the tray to cool, then it’s a lot easier to break up into lunchbox sized pieces!

As well as the pasta and flapjack I’ll be putting in a little tub of mini cheddars, and a babybel or a cheese triangle plus she’ll have her water bottle of course. The kids get a snack at 10am that the preschool provide which is fruit and a piece of toast so I think she should have enough to eat to tide her over till dinner time! If I find she’s eating it all and says she’s still hungry then I can add in a box of raisins or a cereal bar. 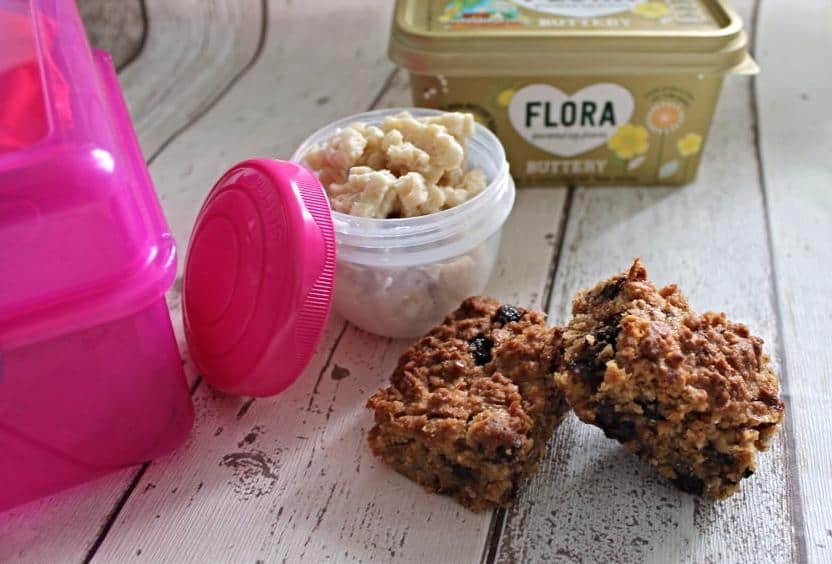 This is a collaborative post in association with Flora, all words and opinions are my own.