It’s been a long time since I wrote a weekly ‘what we’ve been up to’ but this week has actually felt like the most ‘normal’  in  months. In fact the past four weeks have felt pretty normal – apart from  having to wear masks in shops and not hug people when we see them! 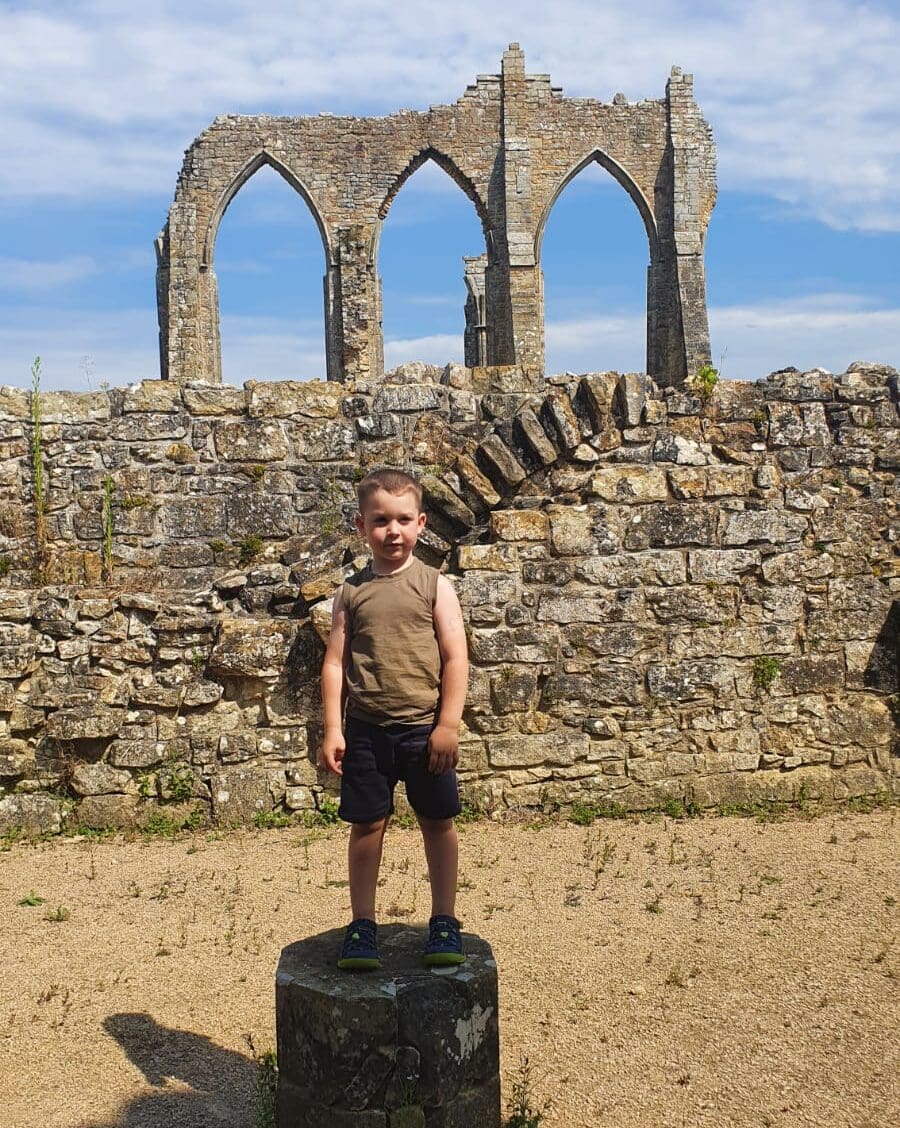 Last weekend we went camping with friends to a campsite in Kent that we stayed at two years ago. It has so much space and we weren’t cramped in the field at all. In fact everyone camped round the edges of the fields which meant there was a lot of open space for the kids, as well as numerous tyre swings and some streams and woodland for the kids to play in. Play they did, we didn’t really see much of them when we were at the campsite,  every so often they would come  back to the tent covered in dust, mud and dried grass with tales of new friends and adventures. It felt so very normal after all these weeks of avoiding people! Sam also took the opportunity to head out on a pre-6am 11 mile run   and took this stunning picture as he set off! 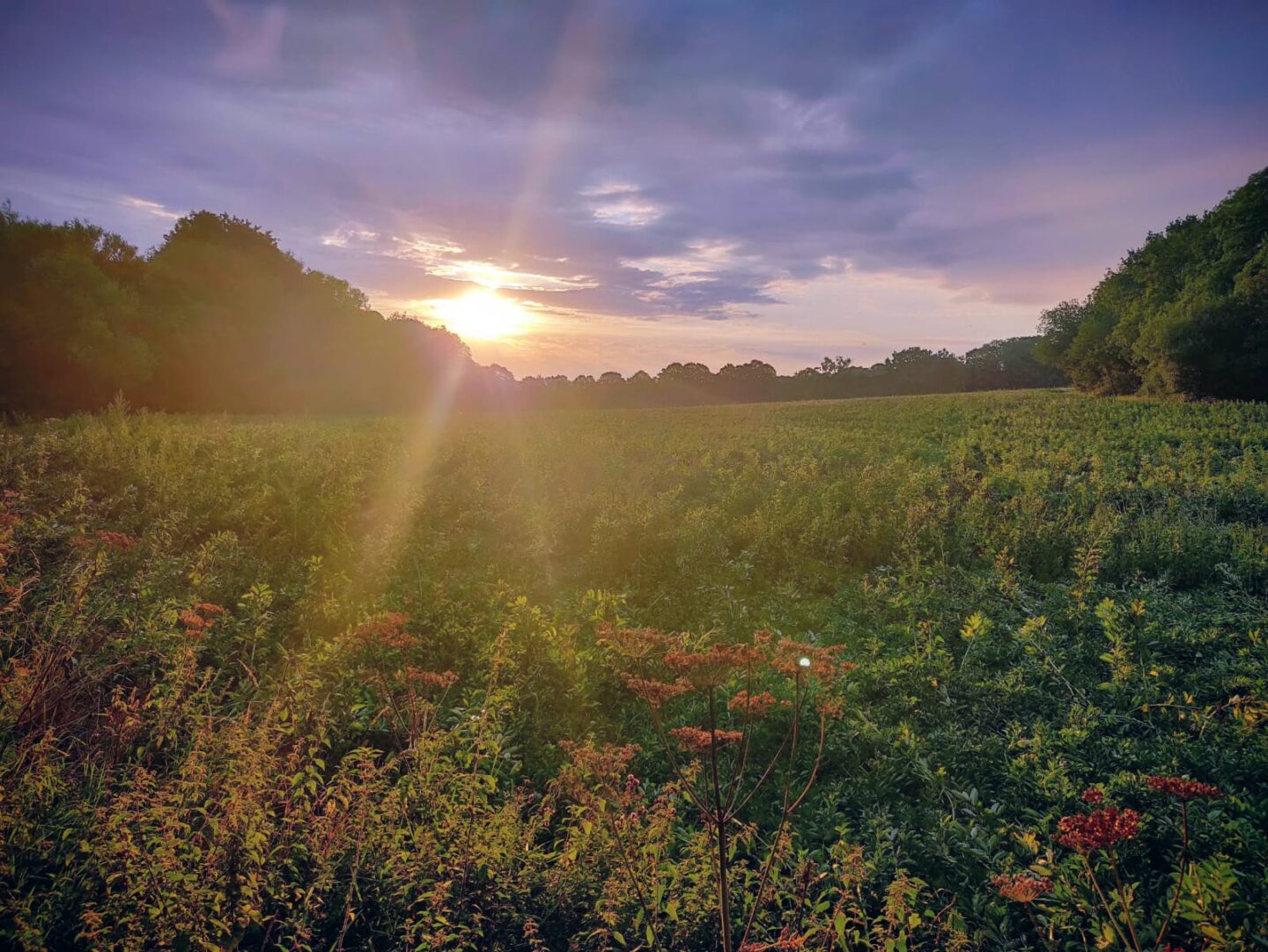 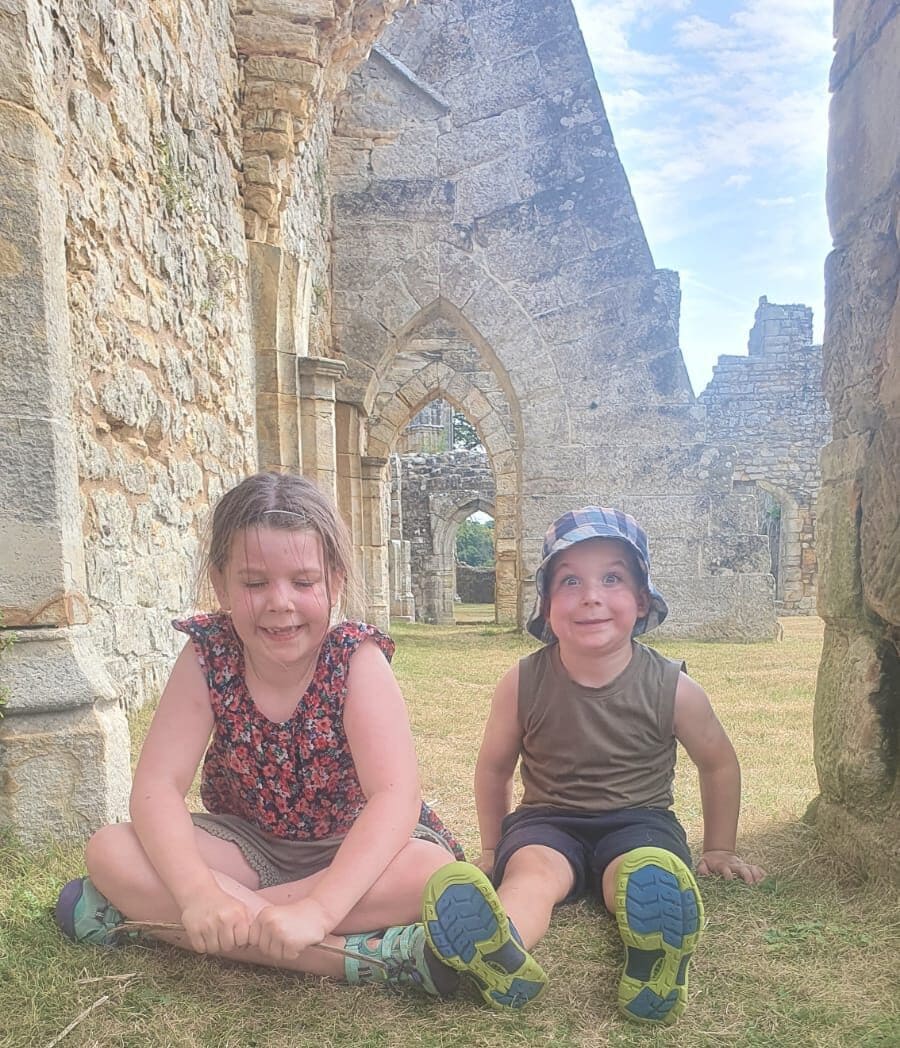 We also visited Bayham Old Abbey which was close by, which is  what’s left of  an abbey that was active from the 12th to the 16th century.  A fair amount is still standing, including these magnificent arches!   Athena somehow ended up with whiplash after some extreme bucket swinging at the park –  two teenage girls took pity on the kids and were pushing them fast and high – it took 4 days for her neck to recover but she had fun! 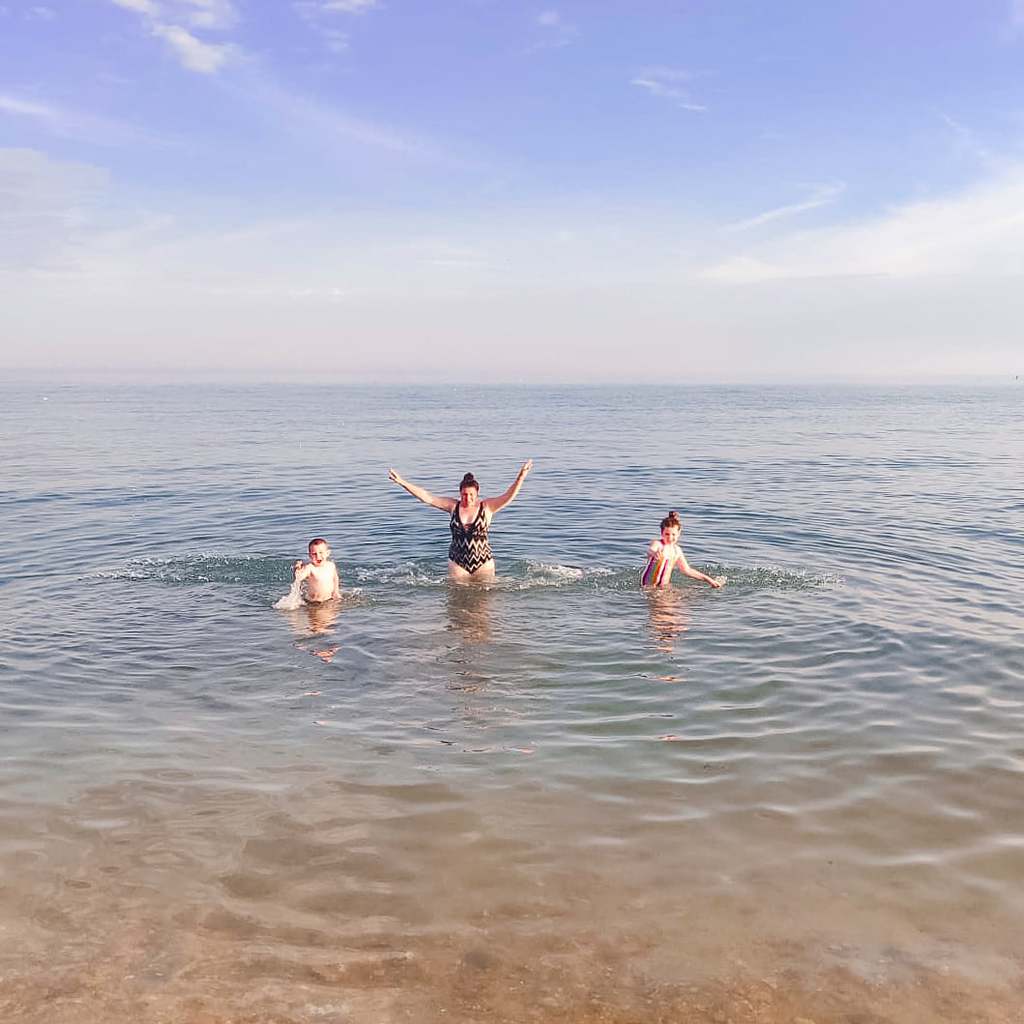 On Monday night we went for a post dinner swim  at the beach, and were amazed by how calm the water was! It was so peaceful, with very few other people around. We also went down on Thursday evening for a Fish n Chip supper – something we should do more of whilst the weather is so nice!  The kids stayed in the water for about an hour,  not getting out till gone 8pm! 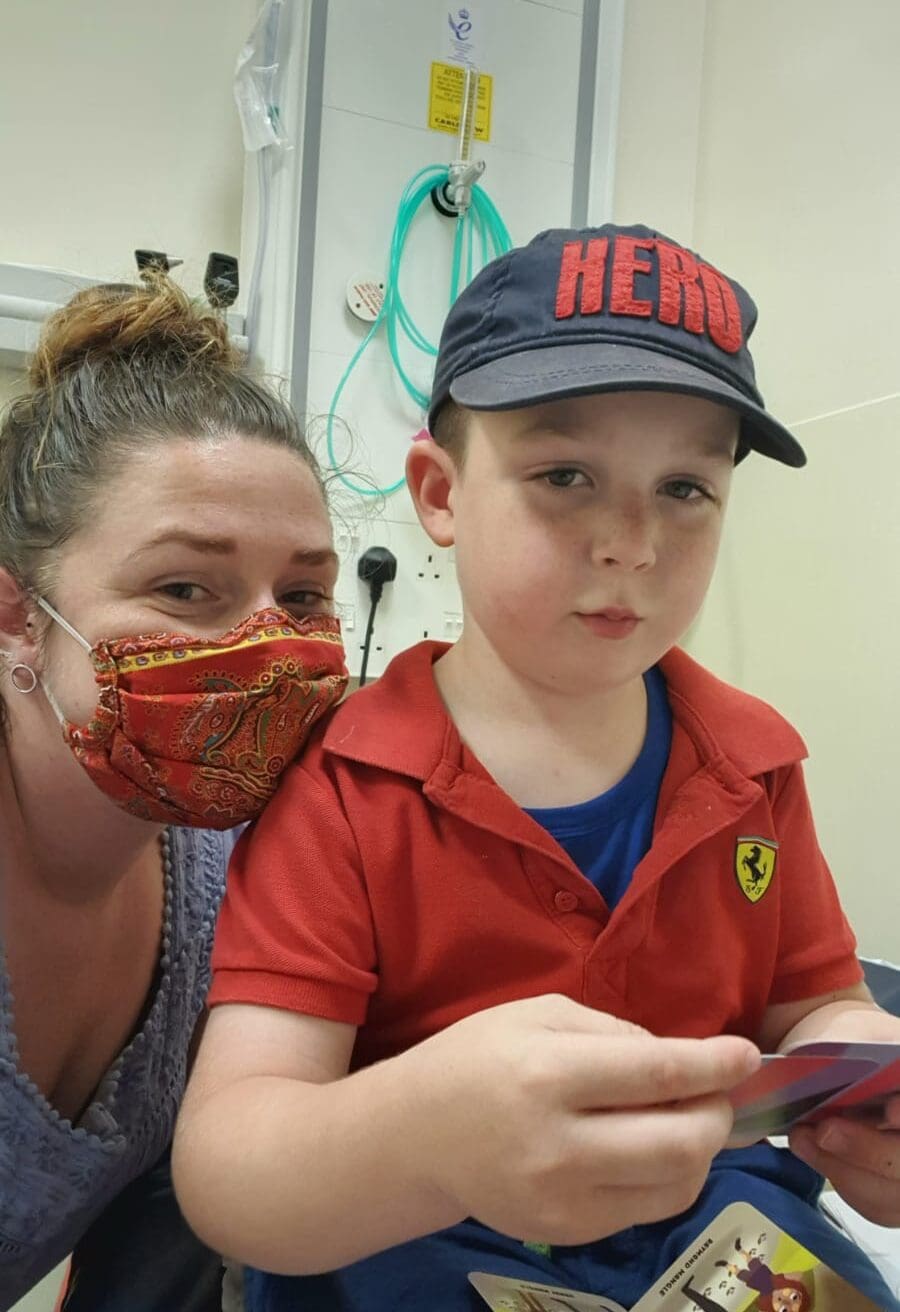 Arlo has been keeping me on my toes this week, on Tuesday at the childminders he ran into a tree branch and narrowly missed gouging his eye out – he has a  cut on the corner of his eye. Then that night a small cut on his foot started oozing and when we looked closer the next morning he had red lines tracking up the side of his foot and it was clearly infected!  The chemist took a look and said we needed to see a GP to get antibiotics, but obviously (!) no GP appointments available but one of them took kindly upon us and prescribed antibiotics over the phone without seeing him.  That cut was much better by the next day, but not perfect… then to add insult to injury Arlo fell over when hurtling down a footpath and  gouged a chunk out of his  shin. I tried cleaning it up at home but it looked quite deep  and Sam suggested we go to a&e. I thought this was an over-reaction but as he was still on shift (working from home still) off I went to the hospital with him. They  said we were right to come in,  got the tweezers out and plucked all the grot out then superglued him back together and applied a dressing, and thankfully as he was already on antibiotics no more needed. He is over the moon that he can’t be showered for 5 days as he can’t get it wet!   Me not so much as I’ll have to sponge him down!

[gifted tickets] The highlight of this week was definitely  going to see our favourite circus Zippos! They were back in Brighton in Hove Park and  they’ve been so popular that they’ve extended their dates to the 23rd August! With shows at 3 and 7pm daily you can book tickets  here and use the code ZC01 C to get up to 30% off!  I don’t want to spoil the show too much but telling you everything we saw, but as usual we were sat mouths gaping whilst amazing feats of acrobatics, motorbike skills and fire throwing happened before our eyes!  Here are some photos to get you in the mood… 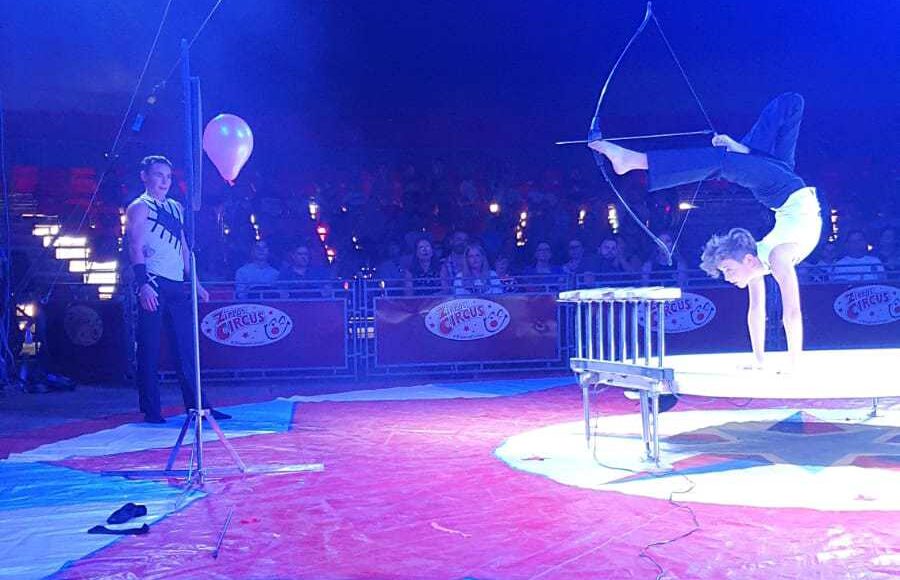 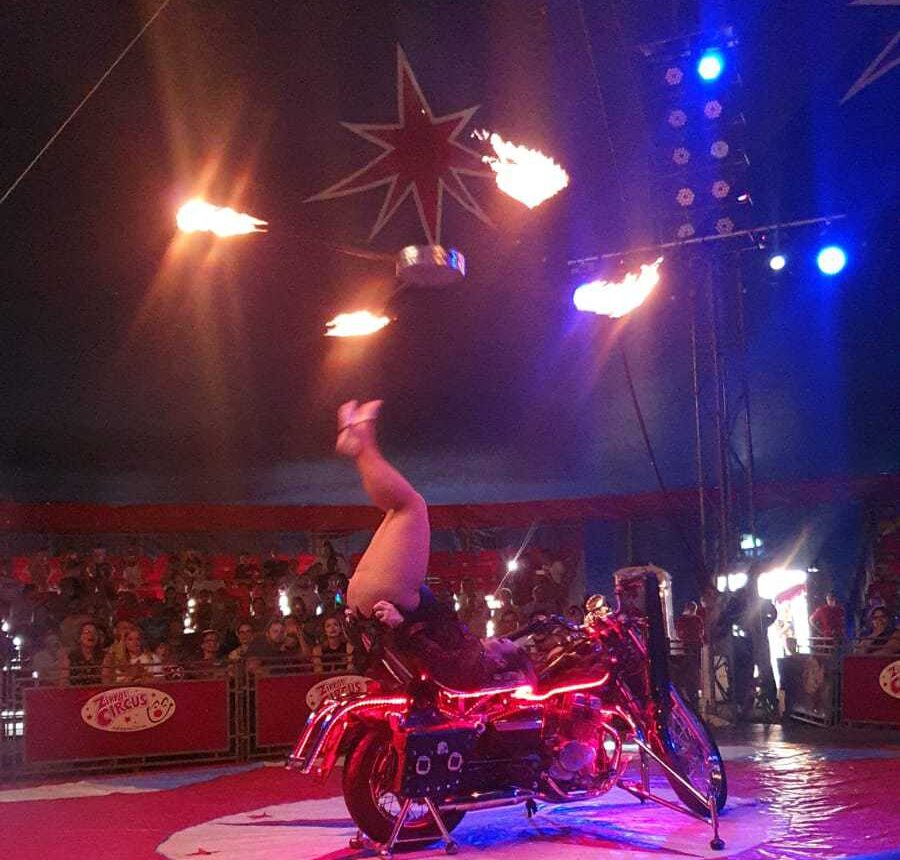 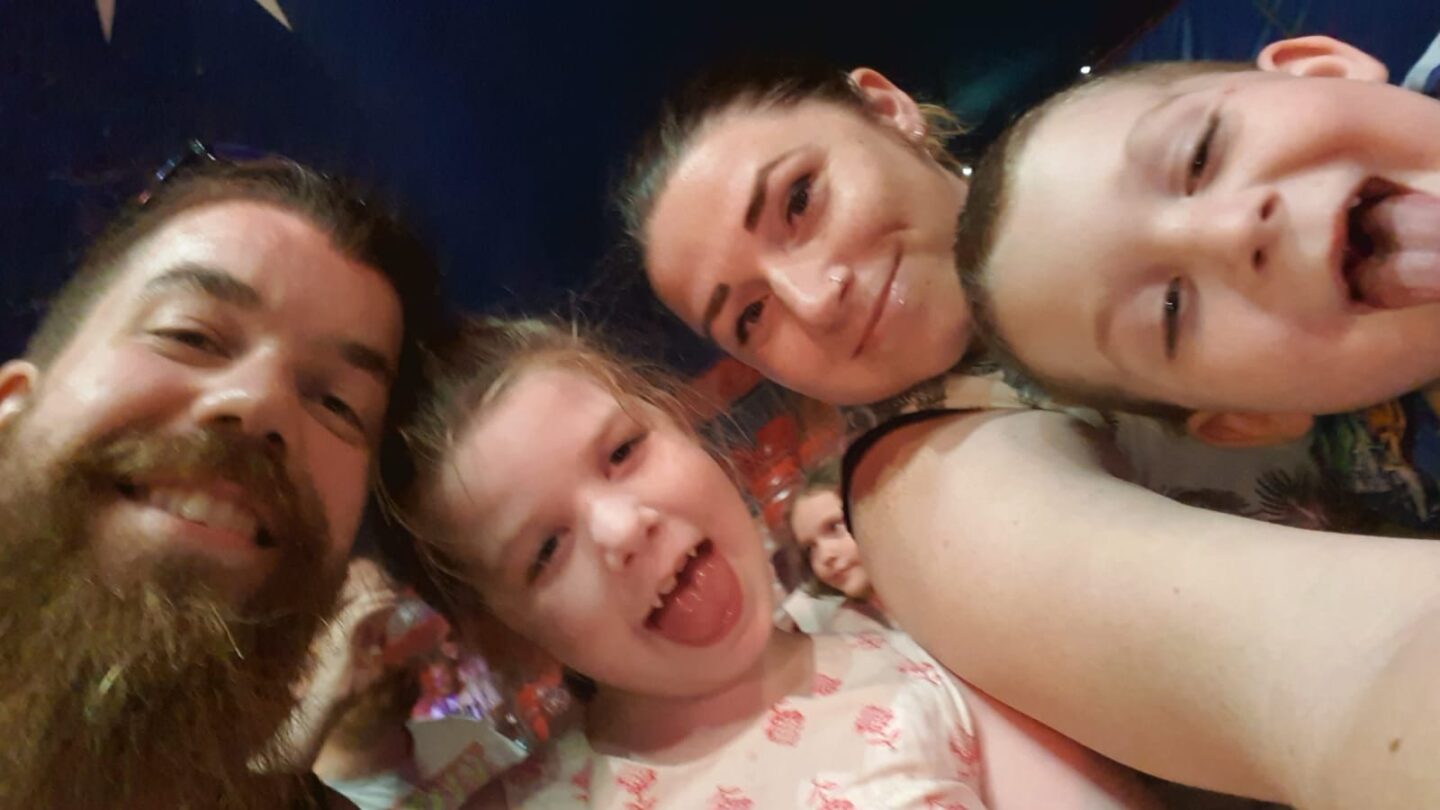 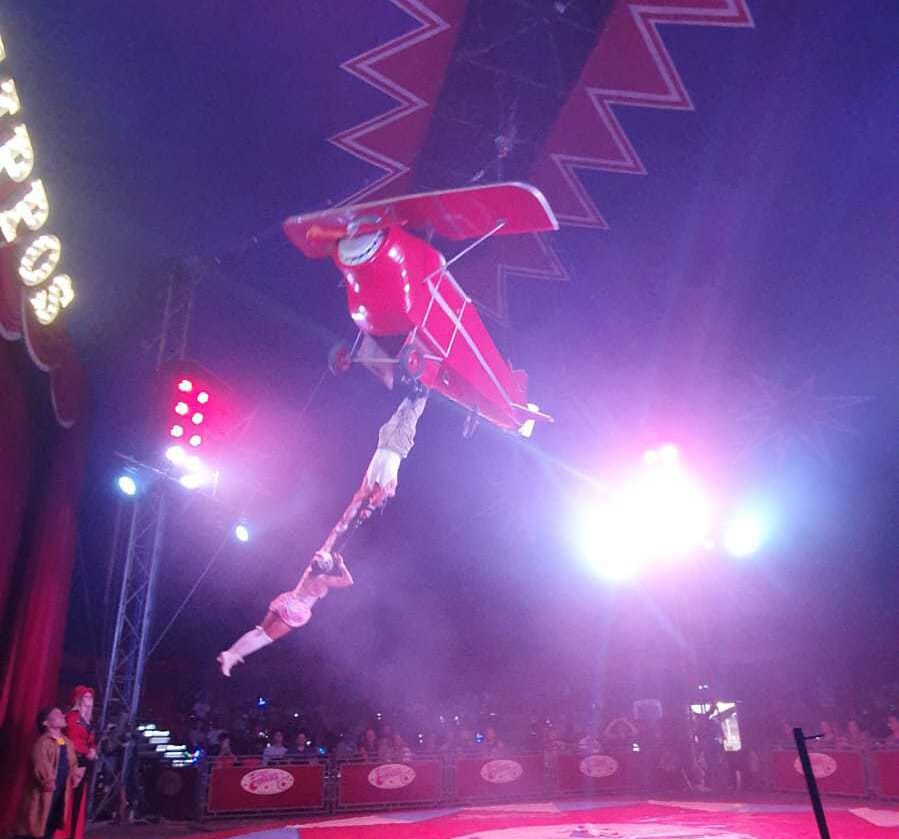 Finally it was my mums birthday this week too, so the kids and I took her out to lunch at the Hummingbird Cafe at Shoreham Airport, although it’s officially Brighton and Hove City Airport – what a mouthful!  The food was lovely and we got to sit in the sun watching the light aircraft land and take off, though the kids were more interested in throwing chips at seagulls! 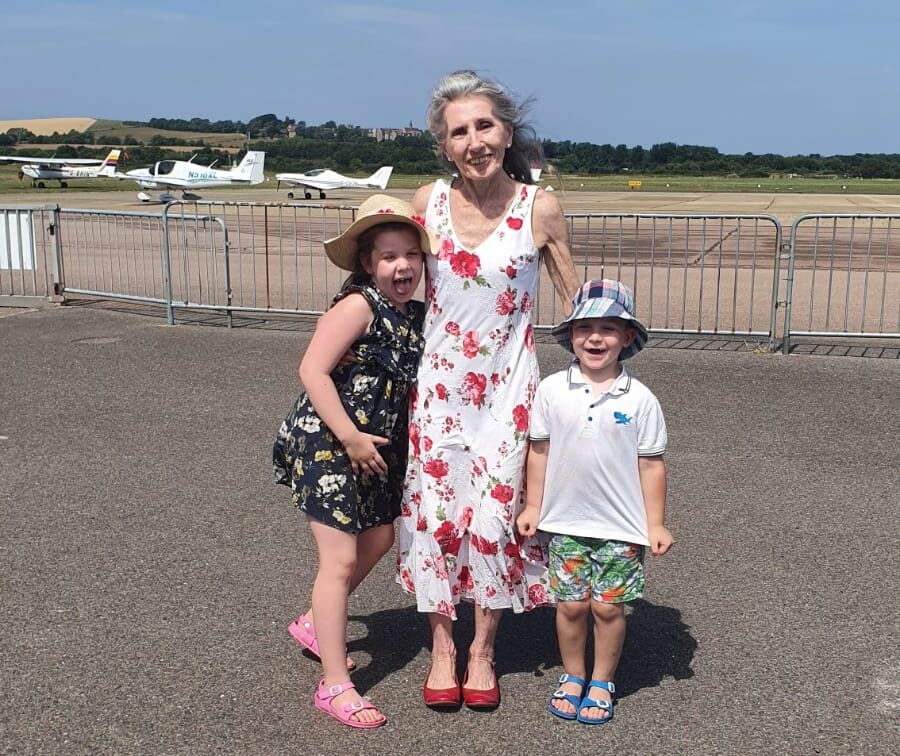 Over and out from me, and let’s see if I can keep up weekly posts till the end of the year now…

One thought on “Sunday Scrapbook – Circus & Injuries That Come in Threes”