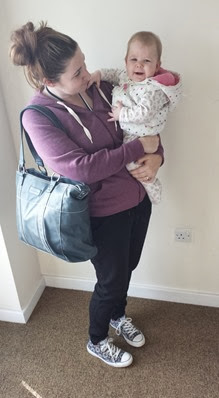 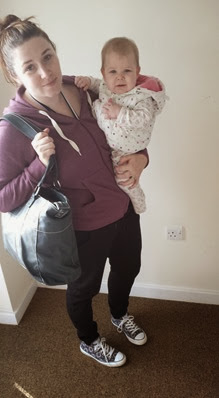 I think Matalan is a great retailer, my reasons for which are at the bottom of this post, so I was pretty chuffed when they  asked if I wanted to review a couple of items from their sportswear range.Though I did feel guilty that I hadn’t actually done anything much that could be classed as ‘fitness’ for a little while. Other than doing a yoga youtube video every 2 or 3 days and a fairly large amount of pushing the buggy around, that’s it! I was doing a yoga class once a week until Christmas but my teacher had a baby a couple of weeks ago, though she has started up the classes now I couldn’t make last weeks as I was suffering with tonsillitis so didn’t fancy it!  So, in an effort to make myself feel less guilty and give the clothes a proper testing, I went for a jog on Monday when Sam was home to look after the baby. I will admit I waited until it was dark, but I donned my new gear, found a good playlist on spotify and off I went. I managed about a mile and a half of a very slow jog, but hey, that’s better than nothing right? (although I secretly suspect the tonsillitis came on as a protest after the Jogging!) I had even been swimming earlier in the day and managed about 4 lengths of the pool in between bobbing around with Athena in the baby pool and letting Sam get a few lengths in too. The photos above were taken pre swim, not post jog, the internet is not ready for that sight yet!

I chose to order a zip-through hoody and a pair of cuffed jogging bottoms, as I thought they’d help to hide my post baby lumps and bumps so I felt less body conscious when I was out jogging in them. They come in a range of colours, I went for mis-matched, a purple top and black bottoms. The bottoms have a wide waist band so nothing digs in, and after a wash it hasn’t twisted or ruched up, which has happened to me with more expensive things in the past! There are generous pockets in the bottoms and the hoody, my phone and keys stayed put throughout my run jog so I didn’t have to hold them which was a bonus. The material is a good thickness and hasn’t lost that ‘fleecy’ feel inside now that I’ve washed them either! I’d never had jogging bottoms with a cuffed hem before, but they’re not too tight at all, and don’t drag along the ground and get soggy, as everything else did before because I’m so short! Both items retail at £10 but are available as part of the 2 for £15 offer currently running, which is a pretty good deal! 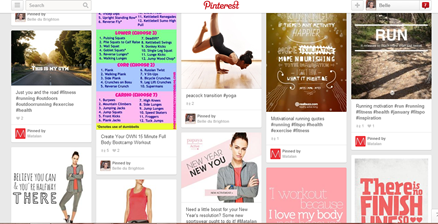 I’ve been pinning a few easy (ish) workout ideas to the Matalan Pinterest board too, so have a browse there if you’re in need of inspiration! At the start of this post I said I was a big fan of Matalan for a few reasons. Firstly for their awesome maternity range, I bought around half my maternity wardrobe from Matalan when I was pregnant, they do a good array of budget friendly basics including dresses, and their maternity jeggings were the perfect fit for me, with a generous over the bump waistband which I preferred. Matalan is also the only place where we can find socks to fit my husbands humongous size 15/16 feet, so we buy all his underwear there too!
Obviously their children’s clothing range is the first place we go to now when we’re in store (I spend more on her clothes than I do my own now!) and my 2 favourite things of Athena’s from there are her fleecy cow print pram suit and her black and white chevron tunic (sadly outgrown now!) But along with more traditional Disney ranges of clothing they do funky and modern styles which can be hard to come across at a maternity-pay friendly budget these days!
The hoody & jogging bottoms were sent to me for review purposes, all opinions and words are my own and it was great to write about a company I genuinely love!

18 thoughts on “A spot of jogging”