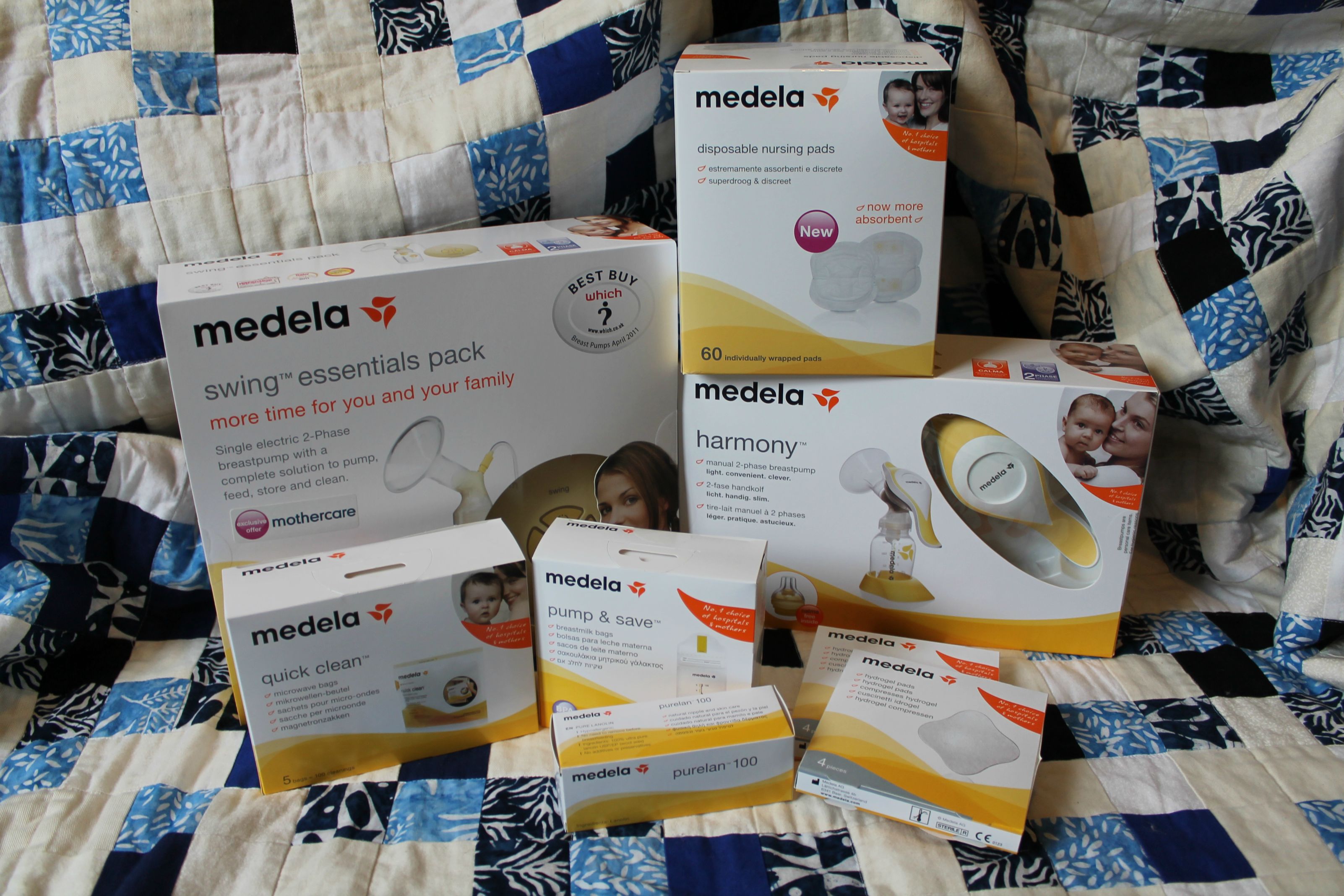 As part of my role as a Medela Mum I was extremely lucky to be given both an electric and a manual pump to test out and to help with breastfeeding. With Athena I expressed rarely, partly because I didn’t really need to (Sam was working 5 nights a week then and I didn’t have an older child to spend time with!) and also because I had a second hand manual pump that made expressing pretty hard work! This time round I planned to wait until 6 weeks to start expressing regularly, so my milk production had a chance to level out. 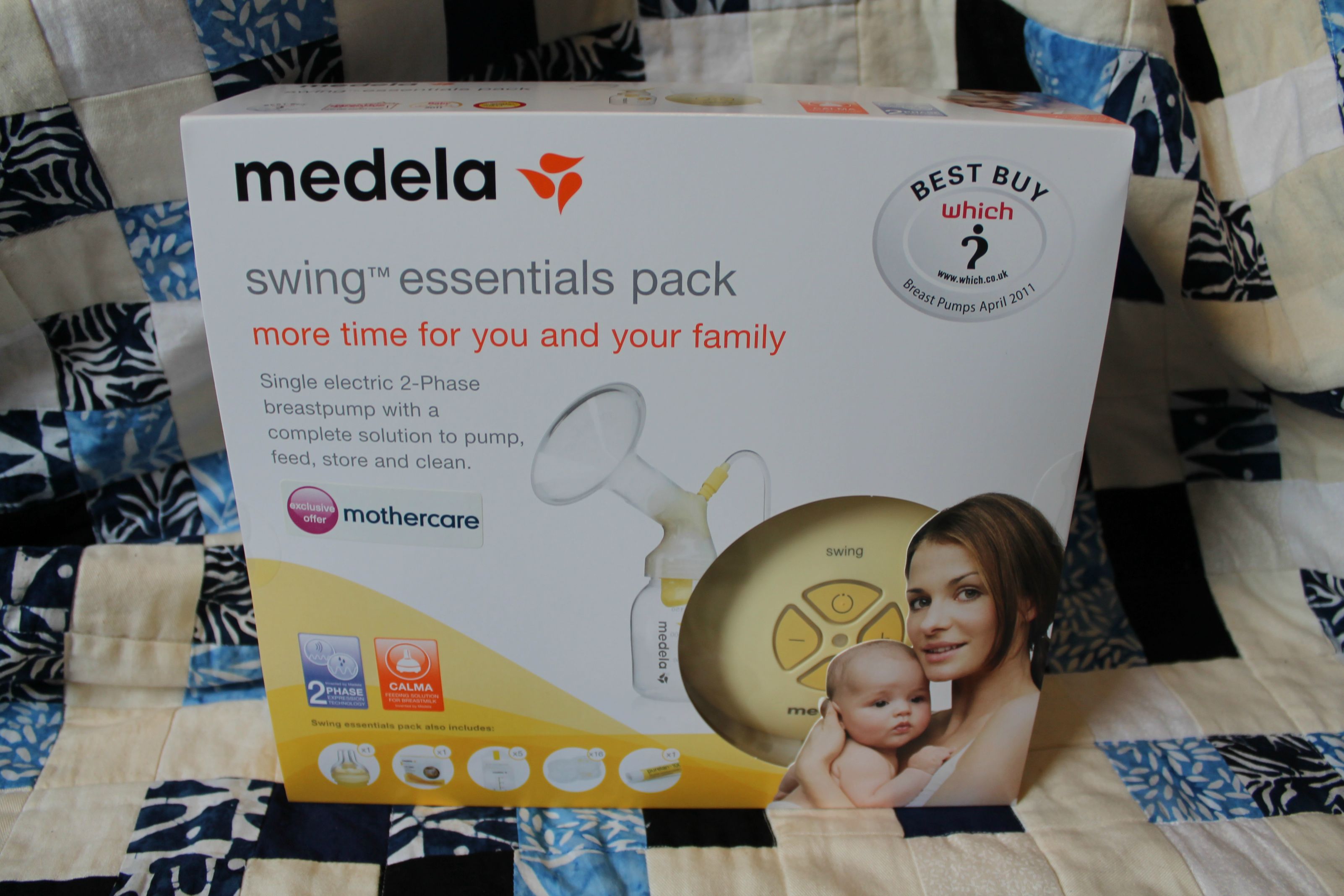 In fact I used the pump earlier than anticipated, 3 weeks post partum. I woke up with one boob in agony, and not for the nice-ish reason that I was engorged because Arlo had slept for longer than normal. Oh no! It was because I had a ‘nipple bleb’ which is as weird as it sounds (go on, google it! I share a lot on this blog but I’m not willing to share a photo on my scabby nipple, although I did text one to Sam because he couldn’t understand what I meant on the phone!)

It’s basically a blocked opening on the end of the nipple, where skin forms a seal over the top so the milk gets stuck behind it and can’t go anywhere. The pain when I touched it or Arlo fed on it was unbearable, worse than those initial few days of sore nips and it made me feel sick. After some extensive googling I decided to attempt to fix it myself rather than wait to see a doctor on the Monday, so I softened the skin with warm compresses, sterilised a needle and picked it off. I swore loudly. I then didn’t want Arlo to feed on that boob in case the clogged up milk from that duct made him ill so I grabbed the Medela Swing Pump for the first time and pumped! Right out of the box, without reading the instructions! I had about 10 minutes before Athena was due to wake up and Arlo was napping too so I just went for it and it was easier than I thought! Plug the power chord in, attach the tube to the pump (which can be attached to a bottle or bag) & the other end to the motor unit. Press the on button and away you go! I had never used or seen an electric pump before so really didn’t know what to expect, but it was a lot more simple than I assumed it would be! I did read the instructions afterwards, you’ll be pleased to hear!

In the Medela Swing Essentials Pack you get:

Which is everything you need really, although you’ll probably need more storage bags and bottles down the line! 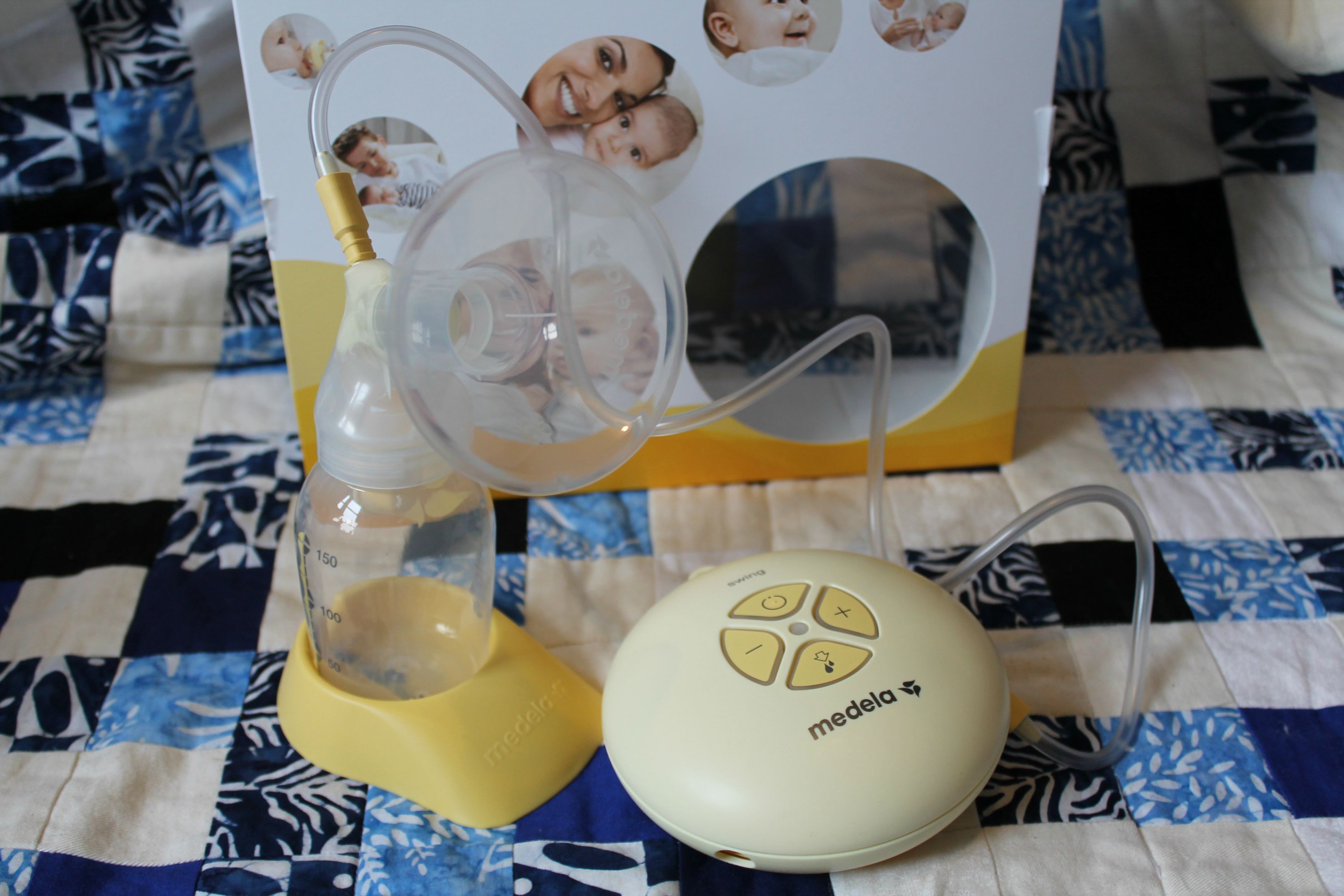 The swing is lightweight and I was surprised at how small the unit itself was when I opened the box! There’s a clip to attach it to your belt if needed & a handy storage bag for keeping it safe and clean when you’re out and about. The milk storage bags are so easy to use with a sticky tab on the top to enable you to attach it directly to the pump. Once you’ve expressed then you just zip lock  the bag shut and write the date /amount on the top. The bags are free standing so can be stored in the fridge as well as the freezer and have measurements printed on the side. Of course you can express right into a bottle if you plan to use the milk sooner rather than later, and the Medela bottles screw onto the base of the pump. The Quick Clean bags for easy sterilising can be used up to ten times, and has a chart to mark off after each use. For those who don’t use bottles that much (we plan to use just one a day) this is a great alternative to a counter top or microwave steriliser!

At around 6 weeks I started to express, and do it most days now, although if its been a night of more than normal feeds I sometimes skip it in the morning! The Swing imitates the pattern of your baby’s suckle, so long pumps to start with then switching to shorter, closer together pumps. You can adjust the strength of the ‘suck’ easily using the buttons on the motor unit. I find that expressing from one boob whilst feeding from the other for our first feed of the day (Well, the daylight hours anyway!) tends to get around 4 or 5oz. It takes a bit of juggling but with the aid of a breastfeeding pillow to keep everything where it needs to be it’s manageable, although an extra hand to help Athena with her breakfast would be a bonus!

I’ve just used the Harmony manual pump the one time so far, it’s very similar to the Swing but obviously is worked by hand, and I don’t get as much out, plus don’t have a spare hand free! It’s ideal for when you’re away for a night for example, or out for the day with no baby and nowhere to store milk, as you could just express enough to relieve the fullness without having to take the electric pump, which is what I will use it for when I do some KIT days at work!

My aim over the next few weeks is to build up a stash in the freezer so that Sam can give Arlo a large bottle before bed to attempt to fill him up, meaning hopefully he will sleep a little longer before waking for a feed.  I can then pump whilst he’s  doing that to keep the stocks up, and also get a bit more sleep! (Here’s hoping anyway!)

Siobhan at Medela is always on hand on Tuesdays via their facebook page for help and advice, and I’ve learnt a lot myself from just reading through other peoples questions and the answers she gives, so do go and visit if you need help or have any questions!

3 thoughts on “Breastfeeding: Expressing with Medela”