I’ve not done a ‘what I’ve been up to’ ramble/waffle post for a while, so now whilst my mum is over and has offered to ‘do bedtime’ I thought I’d escape to my room with my laptop and get to it. It’s been so long in fact and so close to the end of the month that I am going to turn it into a monthly round up but with extra waffle, you lucky ducks! As I write this I can hear the dulcet tones of my mum talking to Athena, who is waving something that rattles about and clearly not doing much ‘bedtime’. Oh well. Although don’t be confused about the time you read this as I’ll schedule it for tomorrow… 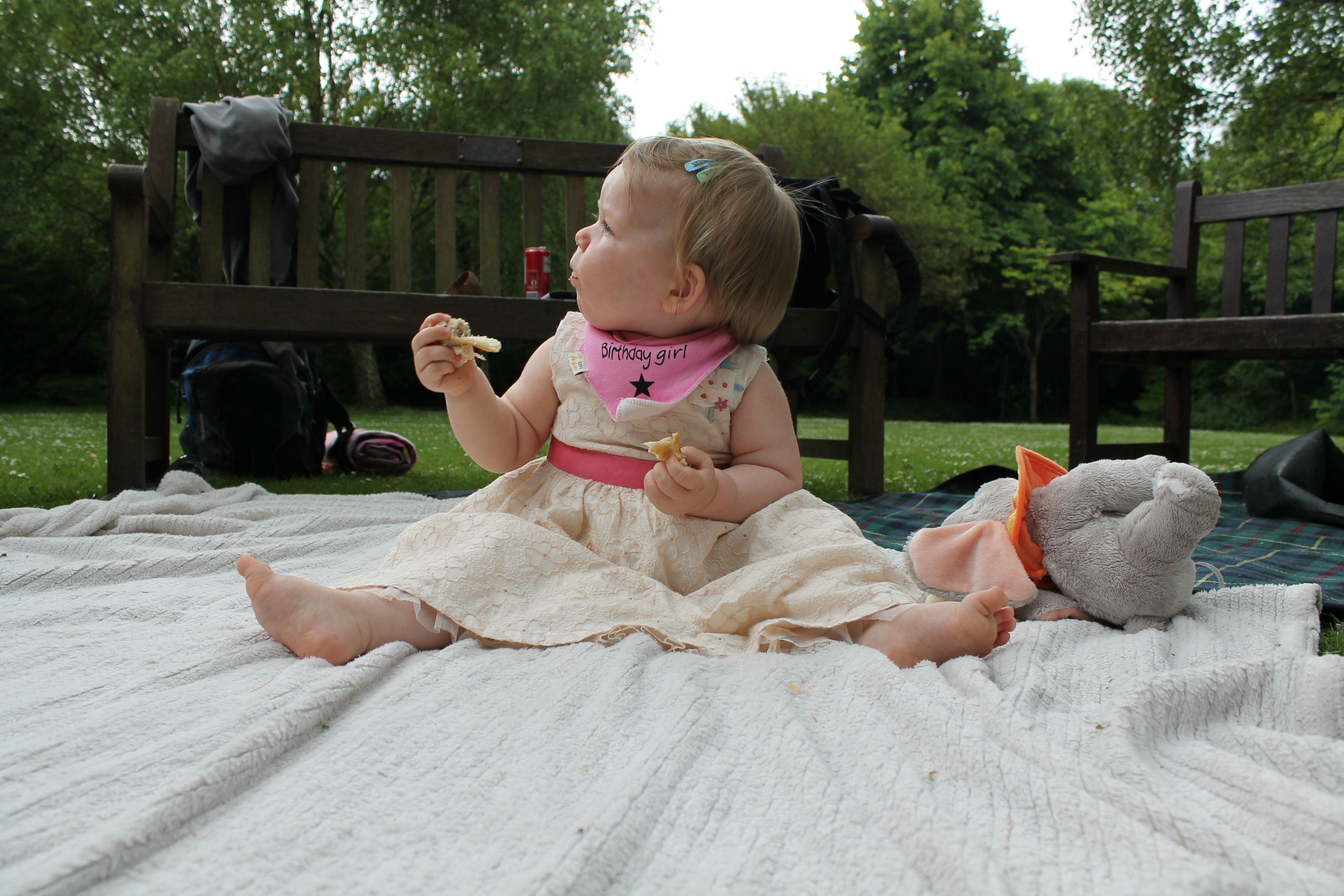 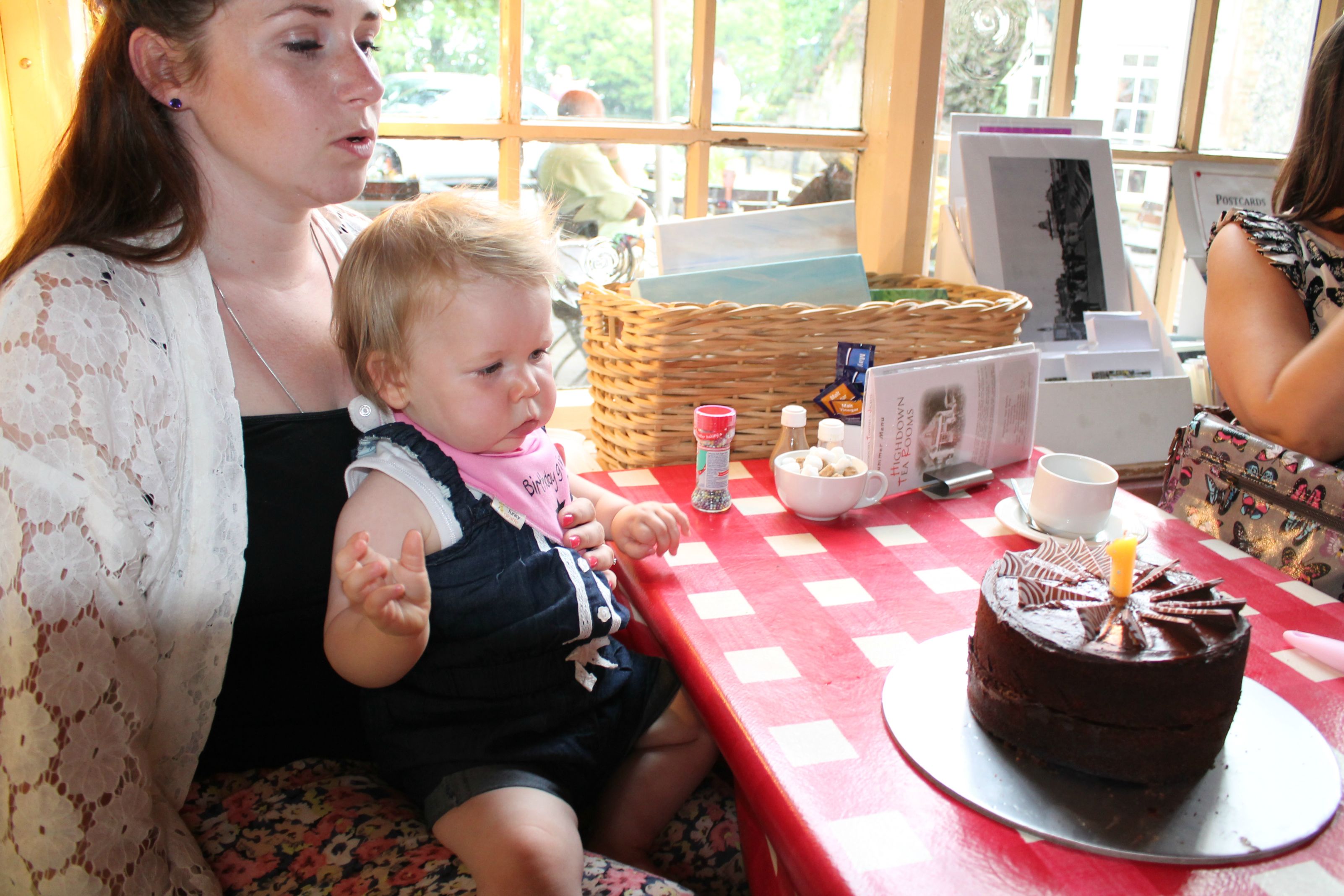 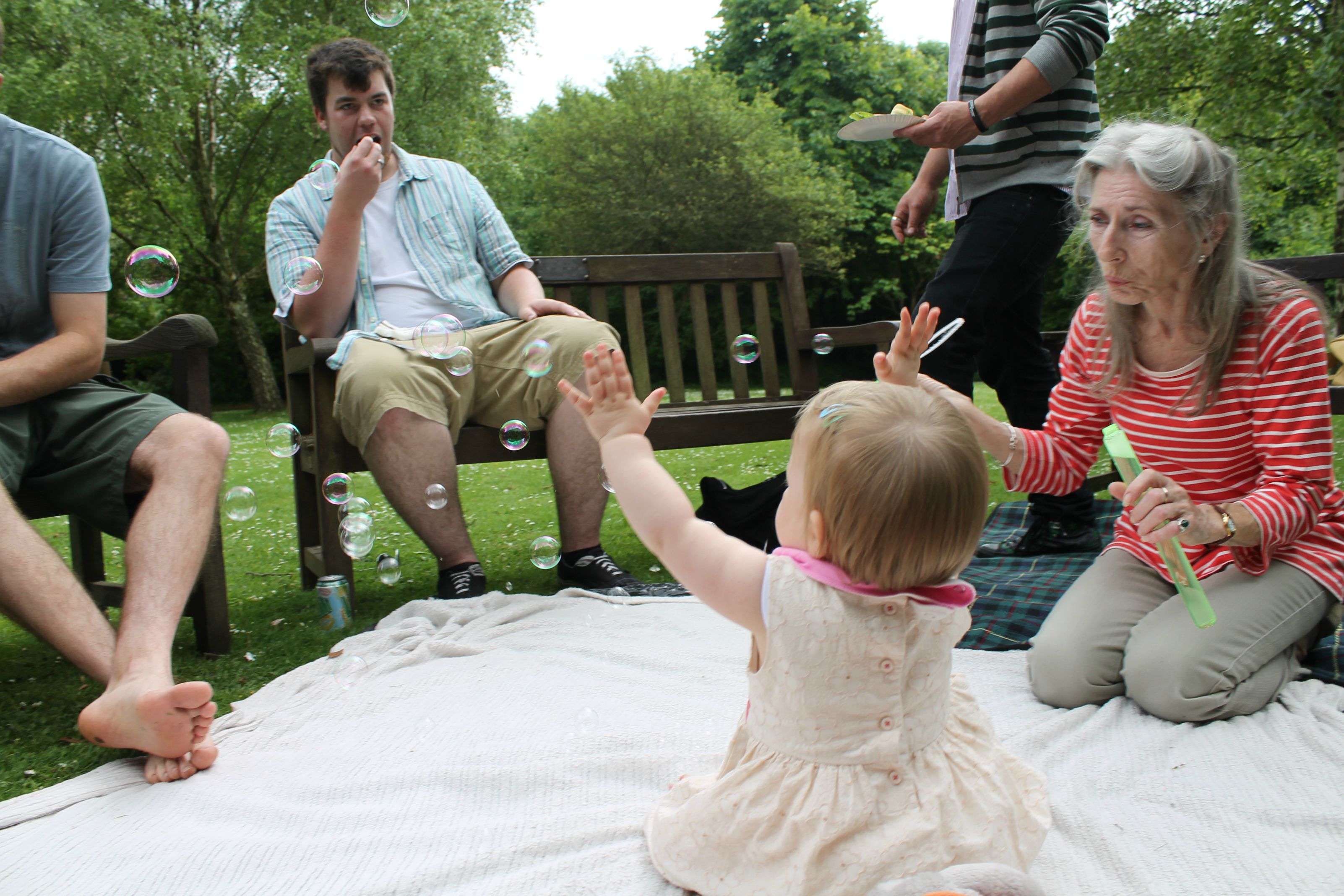 We also went to a wedding at the start of the month, and by group of friends somehow turned out to be the rowdy ones (probably because we all left the kids at home!) and we ended up doing wheelbarrow and piggy races all over the place. It was lovely to be childish ( and tipsy!) for a bit! Then later in the week Donna came to spend the day! It was so lovely meeting someone who I chat to daily on whatsapp in person. We have scarily similar pasts and very similar interests and outlooks on life, it was awesome to meet her and her little people in person! We’re meeting up in London tomorrow too, can’t wait!

Right, so two weeks ago we had a lovely picnic for Athena’s birthday (she’s actually almost 13 months old, wowzer) at a local picturesque public gardens. It got a bit drizzly near the end but we managed a good two and a half hours before we escaped to a tea room who kindly let me cut the cake there! I made a hummingbird bakery chocolate cake and iced it chocolate Philadelphia, easiest icing ever! 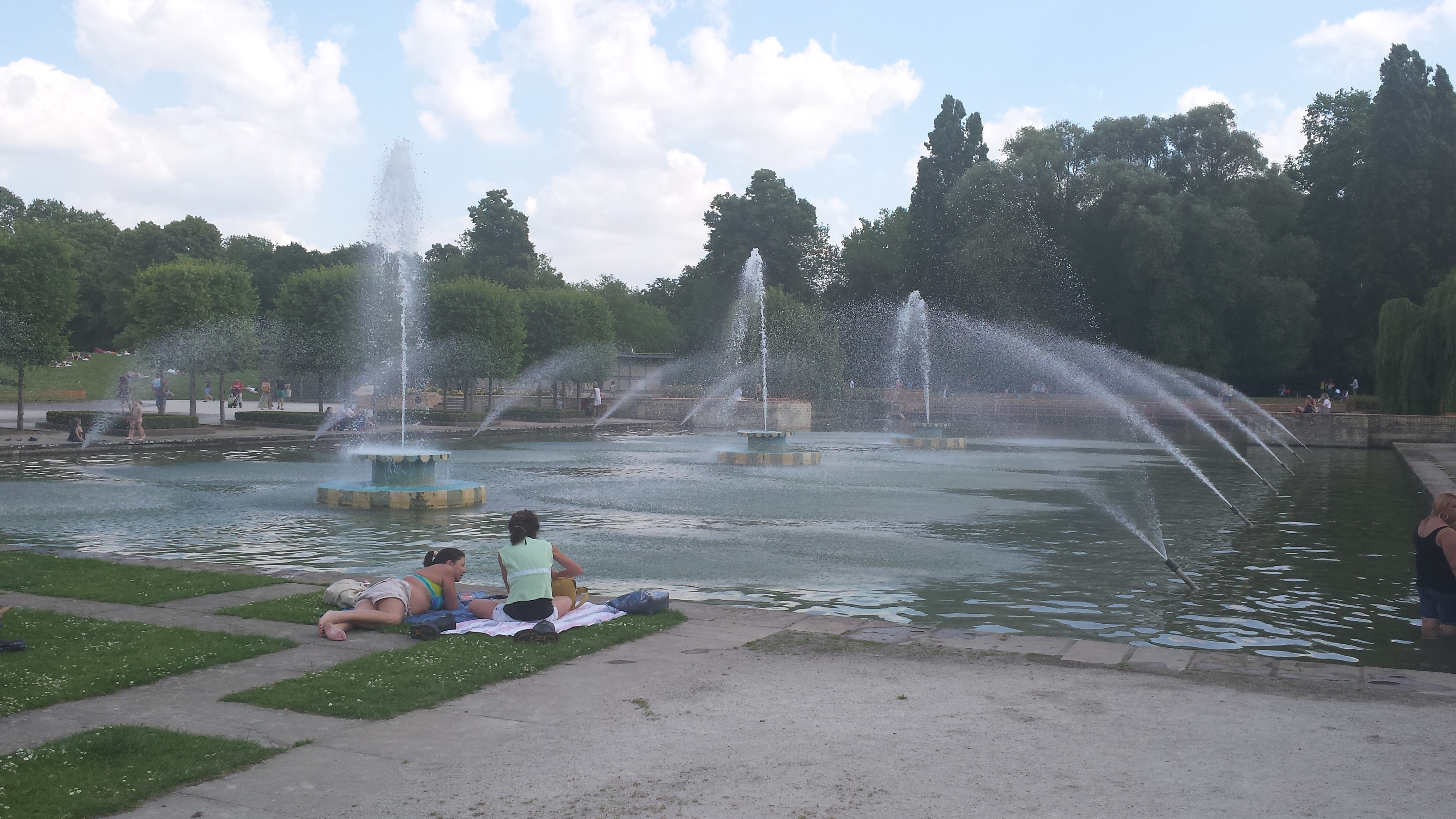 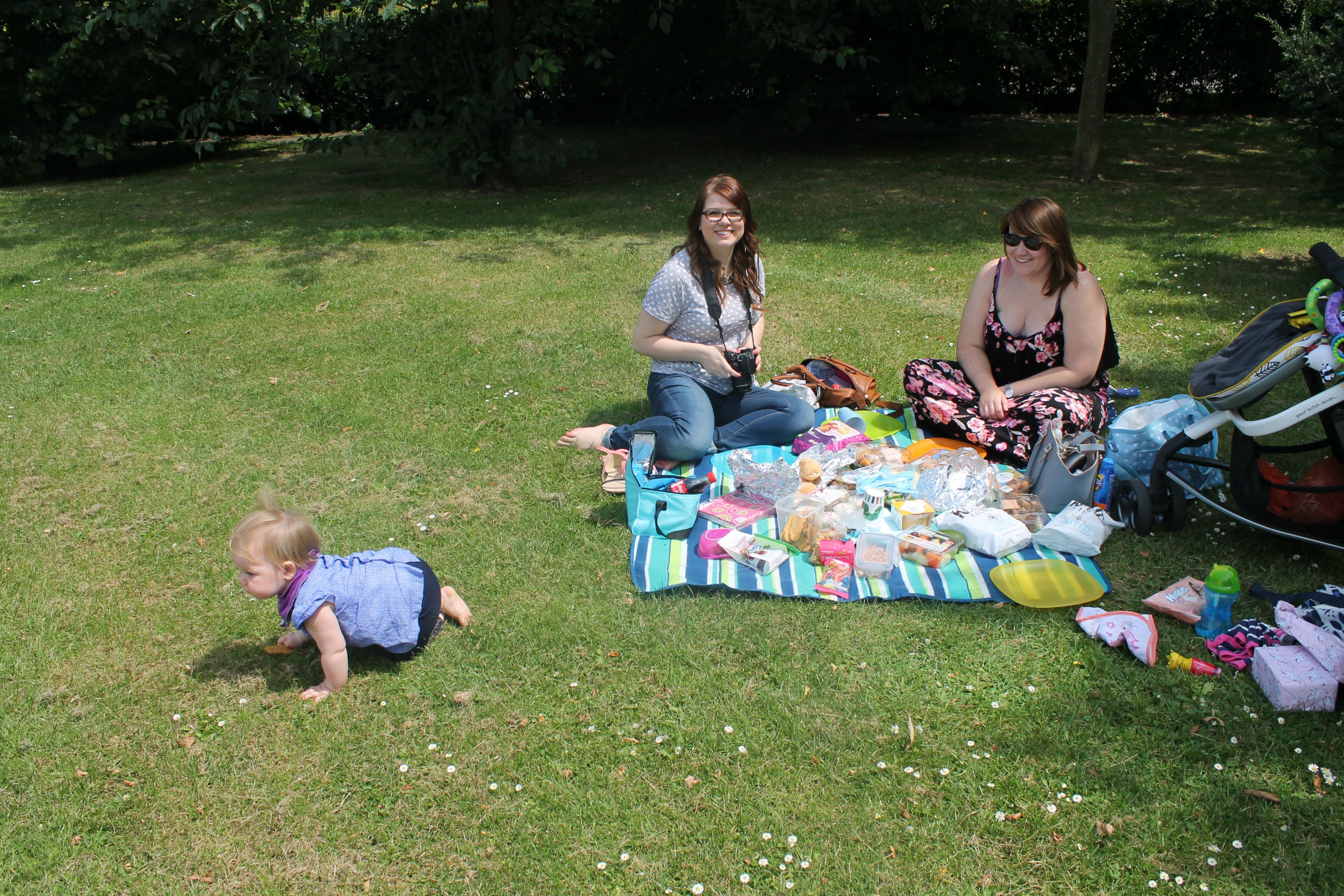 The week following that I can’t really remember anything that we did, and my diary has almost nothing written in it! It was probably the usual rhyme time/ tea with friends and their babies and not a whole lot else! Then last Saturday I hot footed it up to London to meet Zoe and Catherine who I have known online for a couple of years now, and met before. We spent a lovely day picnicking in Battersea park, with Athena trampling all over the food and sticking her hand in peoples drinks. Mary (the other person in our online foursome of pals) annoyingly lives in the US so couldn’t join us, although Catherine had visited her on a trip to the states last month and very kindly bought us some presents back from Mary! Athena got some pretty clothes (Osh kosh!) and I got some awesome makeup from the Flower beauty range, by Drew Barrymore. Athena also got presents from Zoe and Catherine, she’s one spoilt little lady! 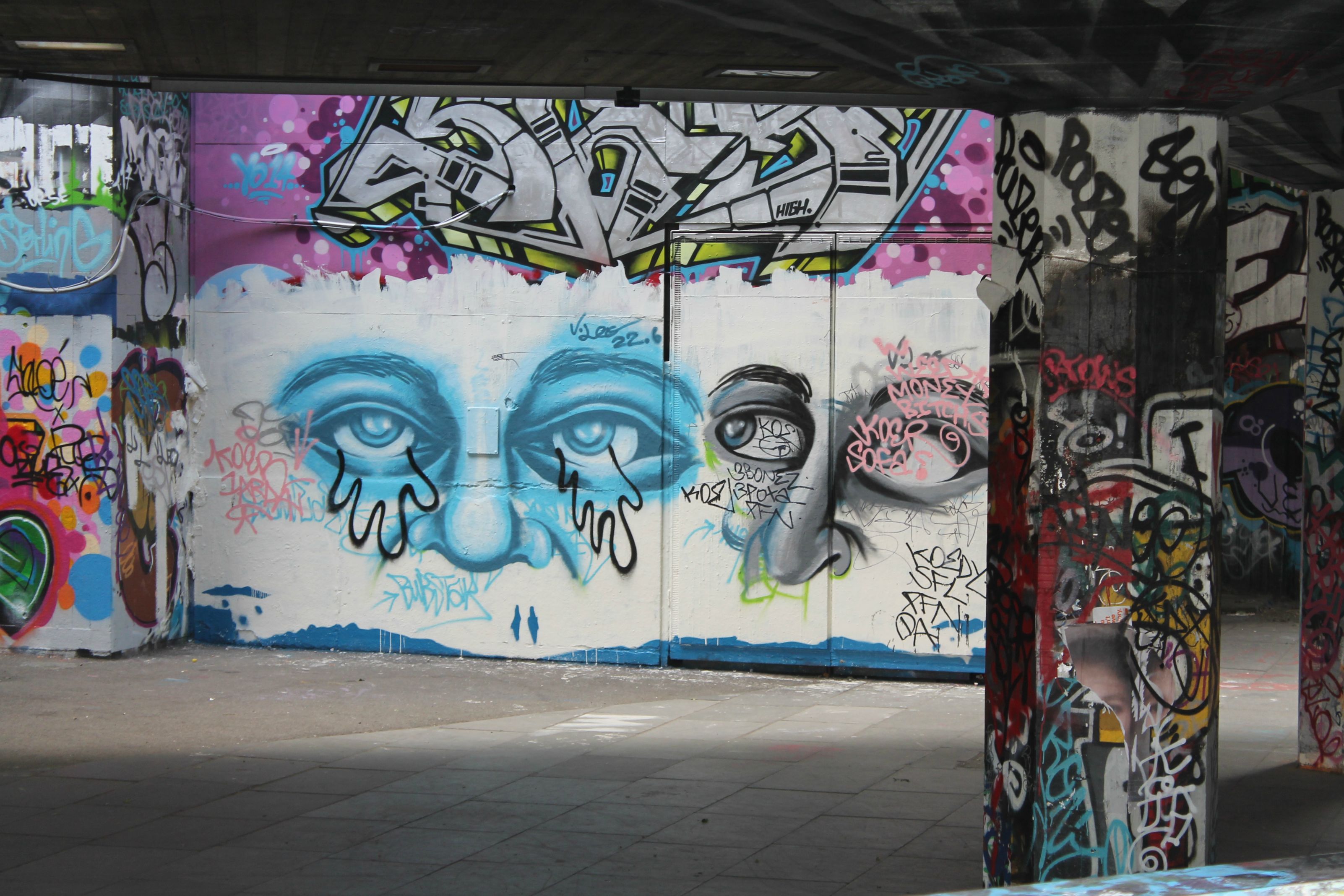 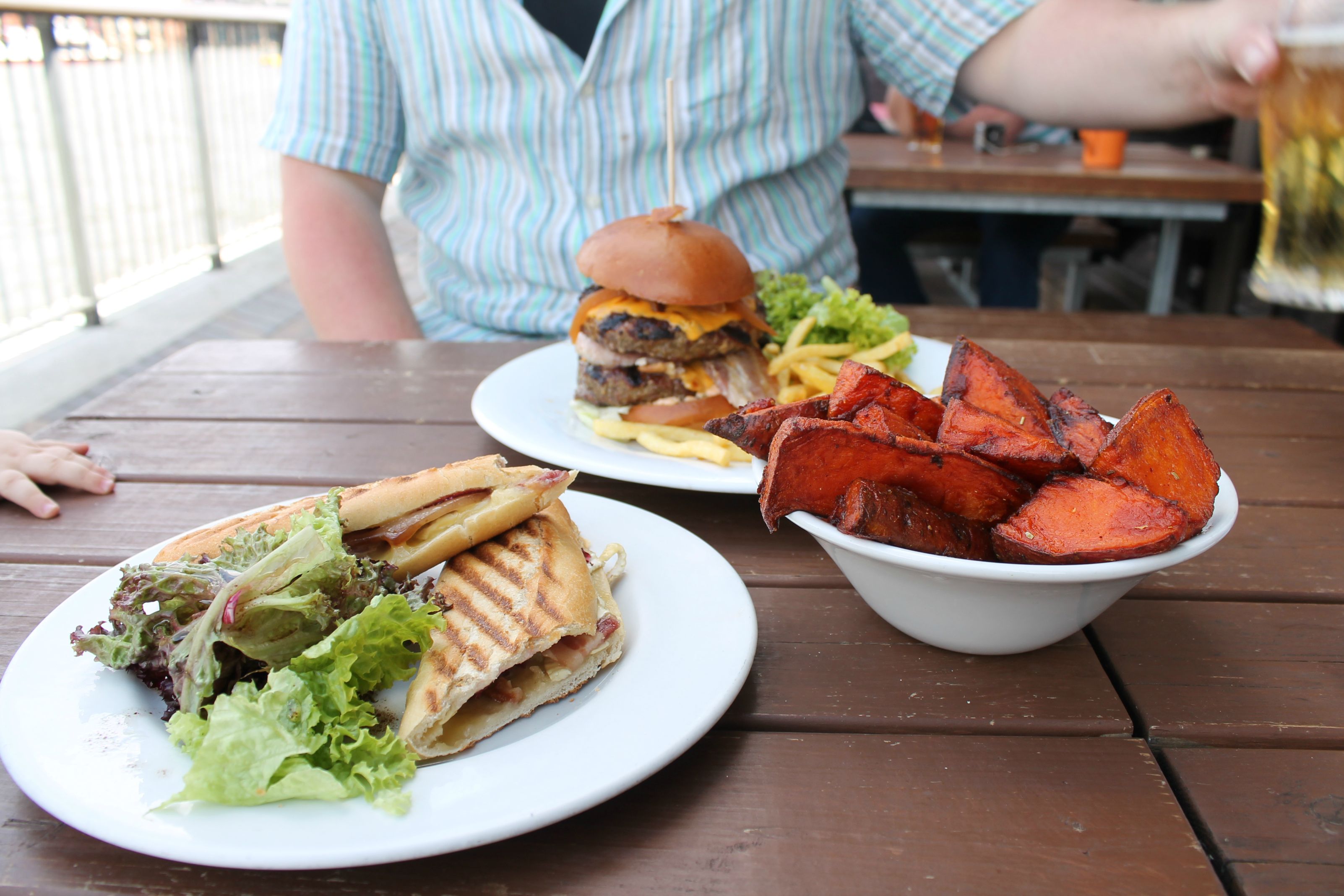 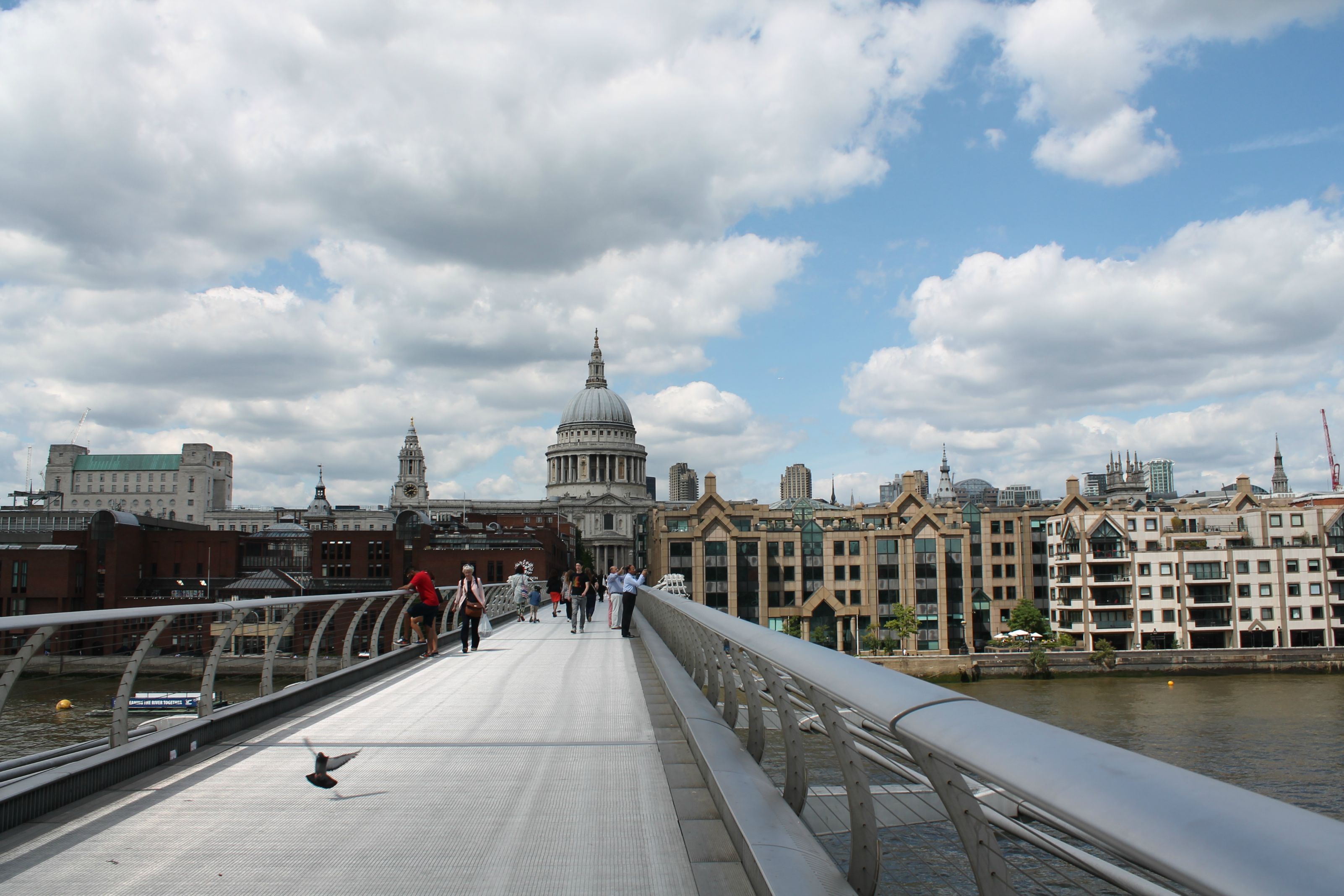 Then this week just gone Sam, Athena and I headed up to London again (train journeys with two people make entertaining the baby SO MUCH easier, plus I can go to the loo!) to go to the Habitat A/W press day (more on that soon) which was at the OXO wharf on the South Bank. We strolled there from Victoria, stopping to see the sights and generally take it easy. We had lunch on the bank of the Thames at an outside table, annoyingly so many cranes jutting into the skyline! We walked a little further along to the Millennium Bridge, crossed that and strolled along fleet street for a bit. On the bridge there was a dude painting chewing gum, very odd but drawing lots of attention from tourists (and me!) but he was making a lot in tips for painting peoples names!

On Thursday I headed to Brighton and had a lovely catch up with Chelle, then some fun in the park with Skye and a perusal of some charity shops (got a bargain owl print blazer!) too. After that Sam joined me and we met our old house mate for a long overdue catch up, then we headed on to the Trevor Sorbie summer open evening after a parking at work and bumping into my regional manager who’d not met Athena yet, and various other managers from our region which was a bit awkward as they now all know i’m not going back to work as a manager. Lots of false smiles and small talk, eurgh. 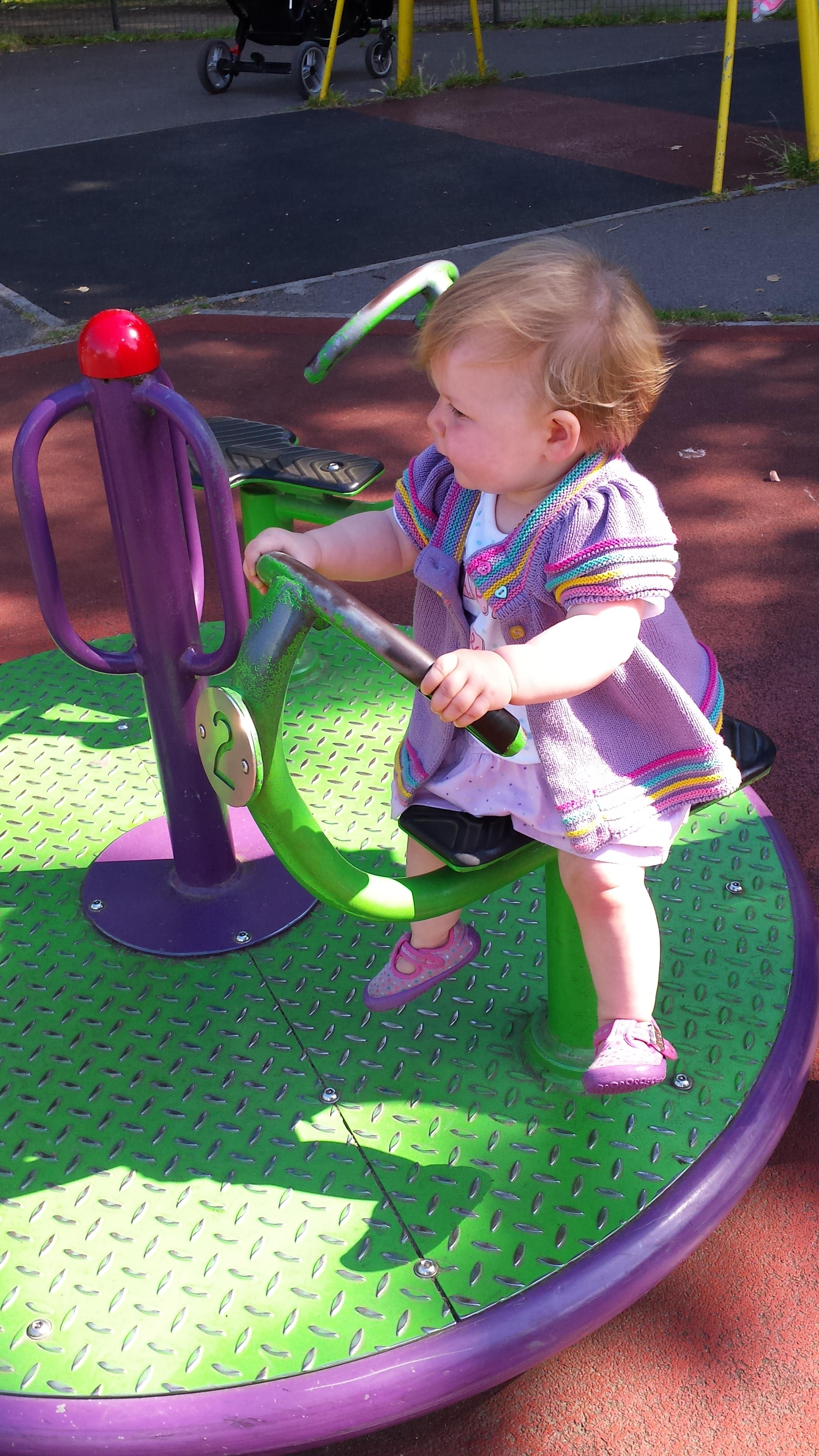 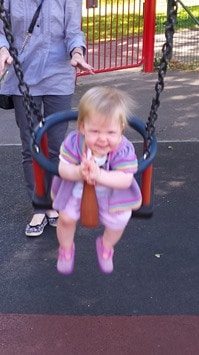 This weekend was a chilled one, my IBS has been flaring up again recently so I took it easy on Saturday and just took a little stroll and a had a play in the park today.

Not so good things:

So, how was YOUR June? Please leave a link to any round ups you’ve blogged!

I linked this post to Hannahs ‘The week that was‘