Visiting a Zoo was on our family Bucket list for this year, as Arlo had never been and Athena was only about 18 months when she went to London Zoo so doesn’t remember it. I absolutely love animals and could watch them all day every day so thought Marwell would be a great place to spend the day as they have such a variety of animals. We went on a Thursday just after they re opened for the year and spent a full day exploring. I’ve made a video of our day too. 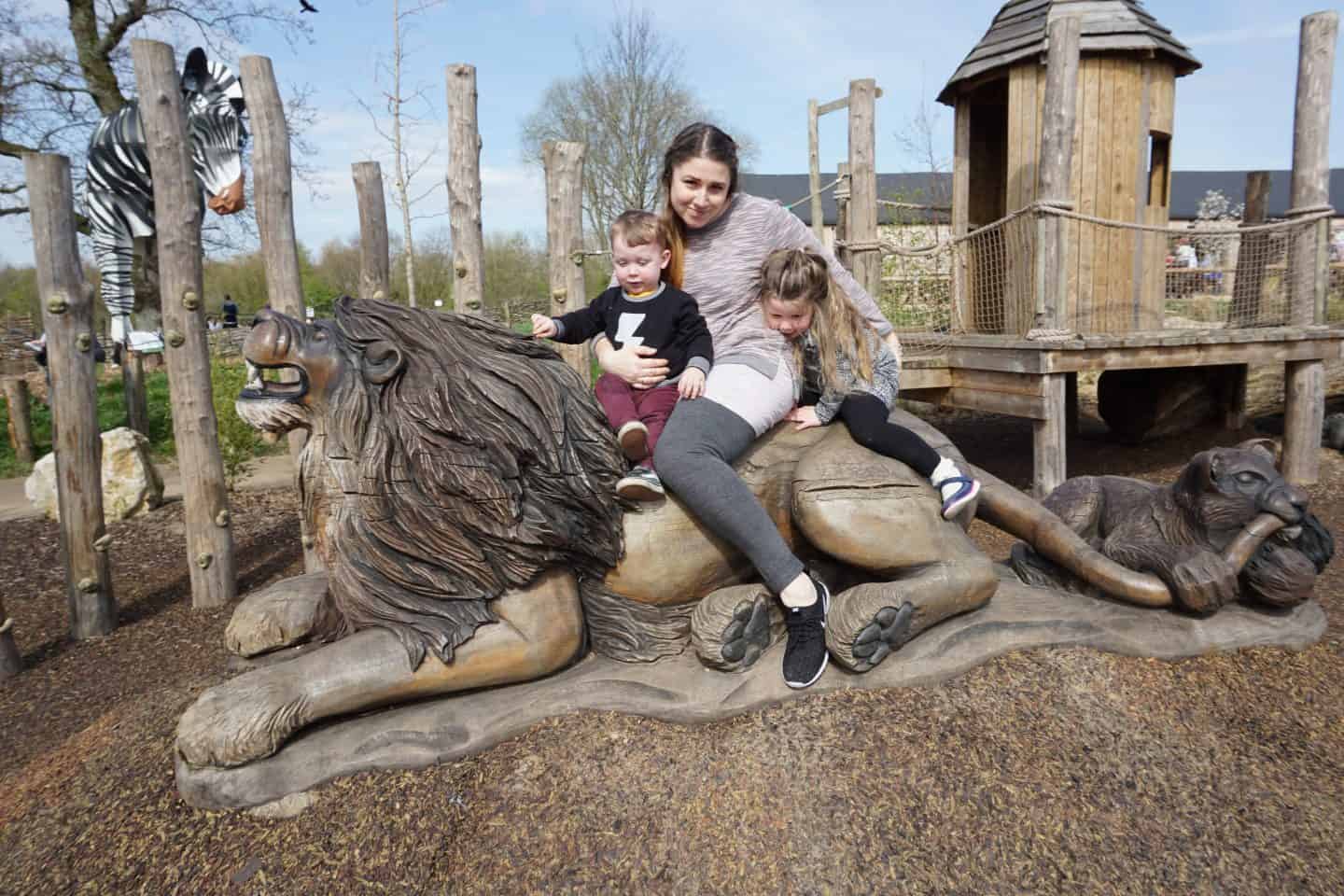 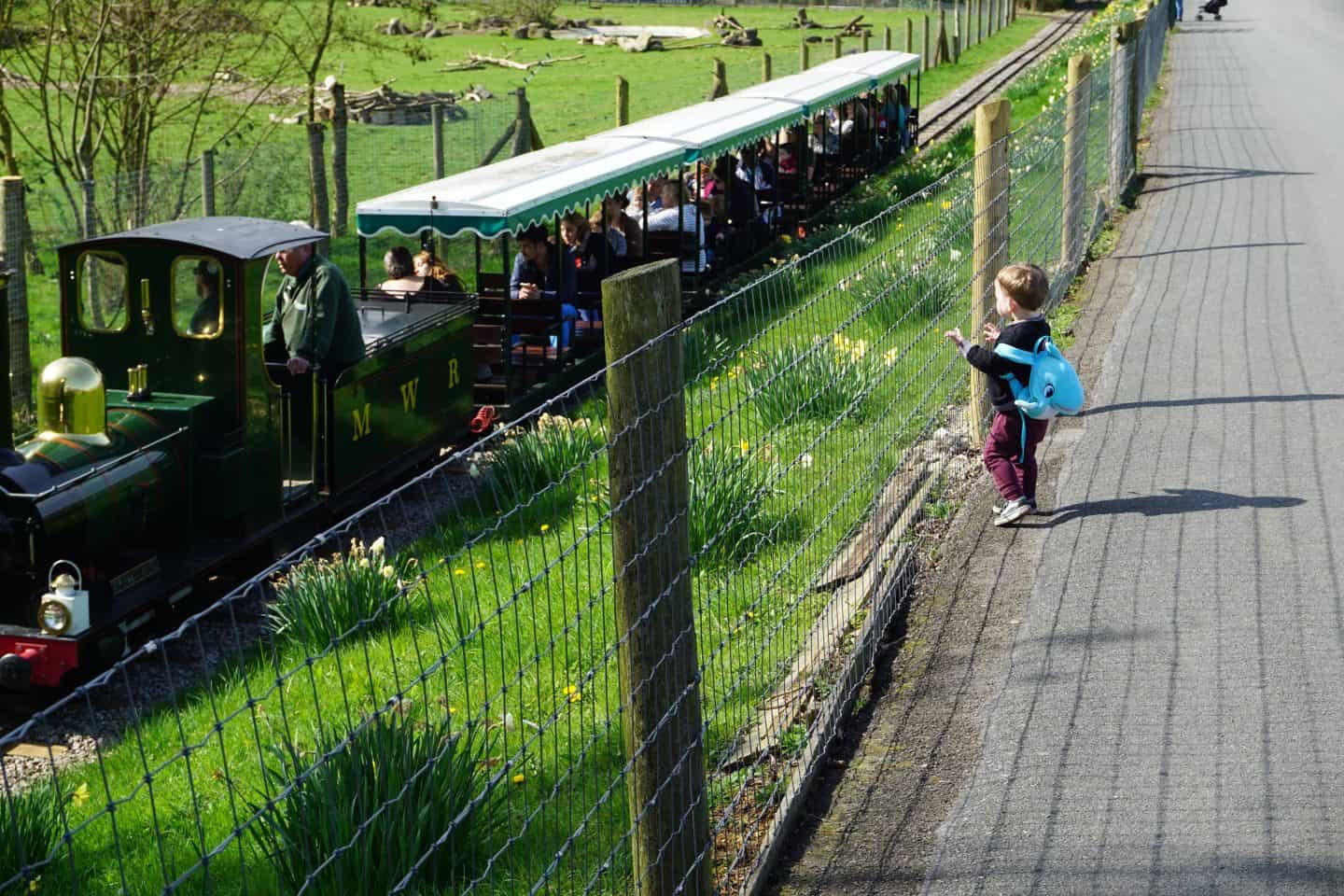 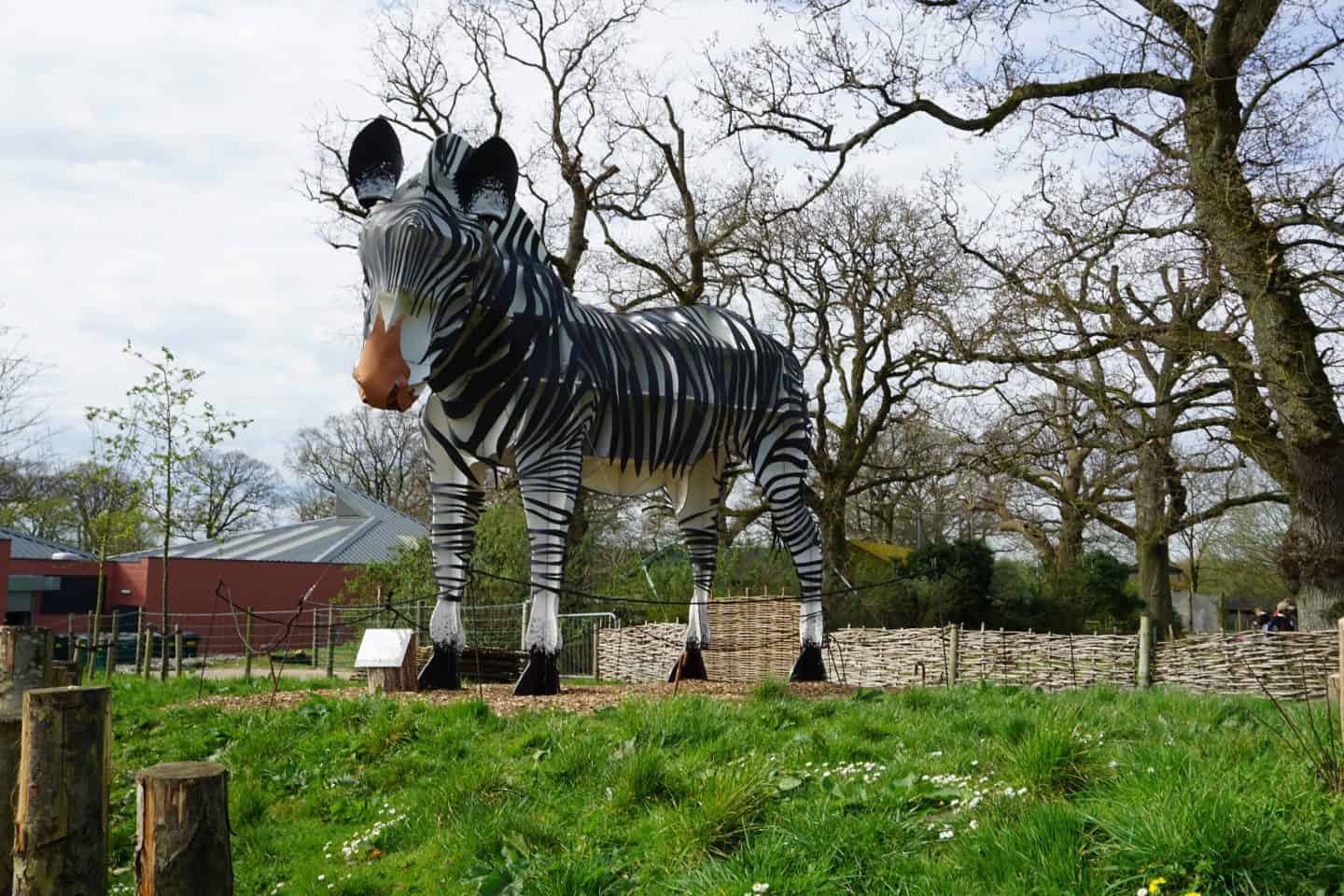 When we arrived we picked up a ‘lost child’ sticker and wrote our number on them and stuck them to each sprog, just in case they got lost. We then picked up the Explorers Trail book which is an ingenious way to help guide you around the park seeing as many animals as possible, with some information about selected animals and a place to get a stamp one you’ve visited them. Marwell is well signed throughout and there are walkways to use as cut throughs to get to other areas. 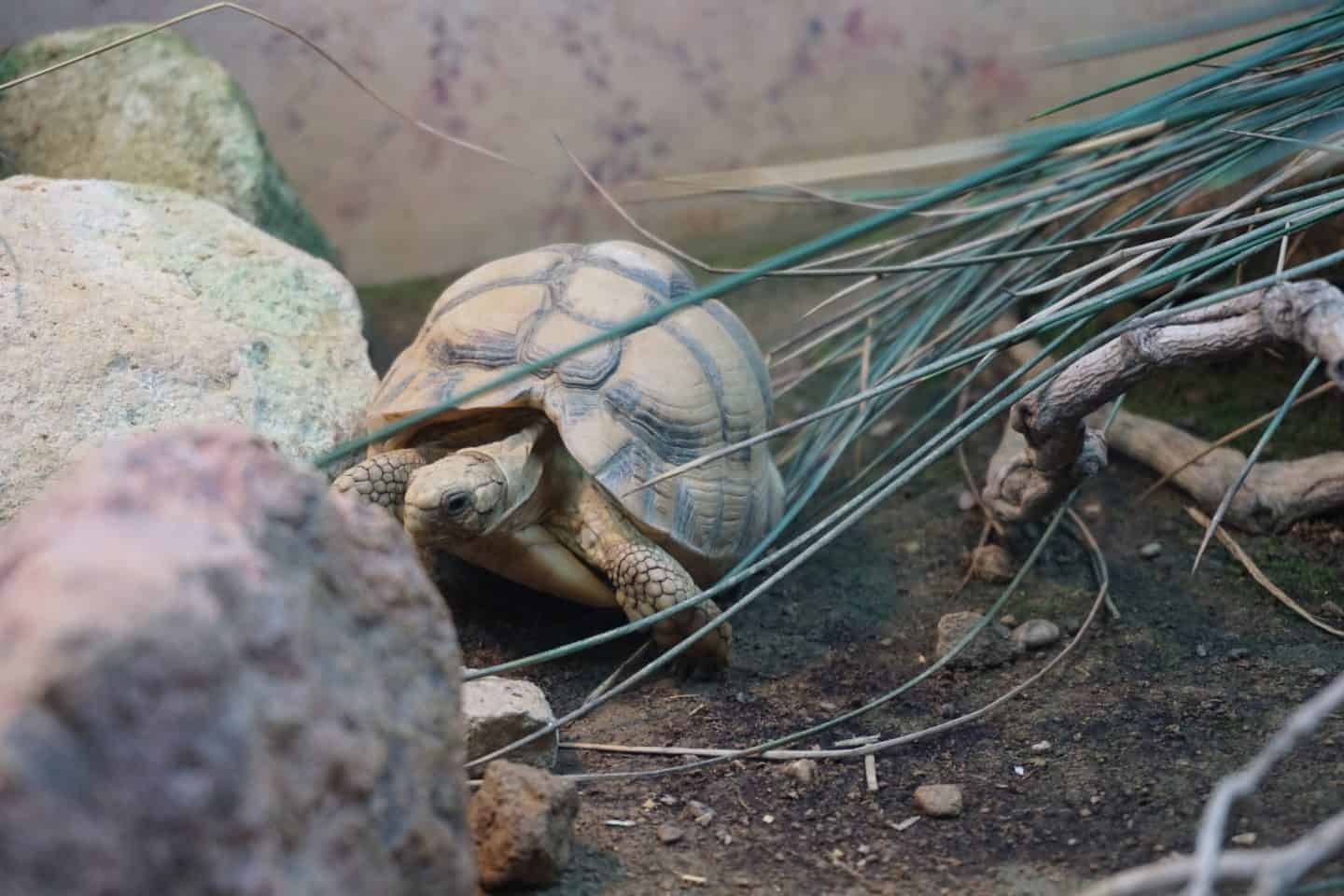 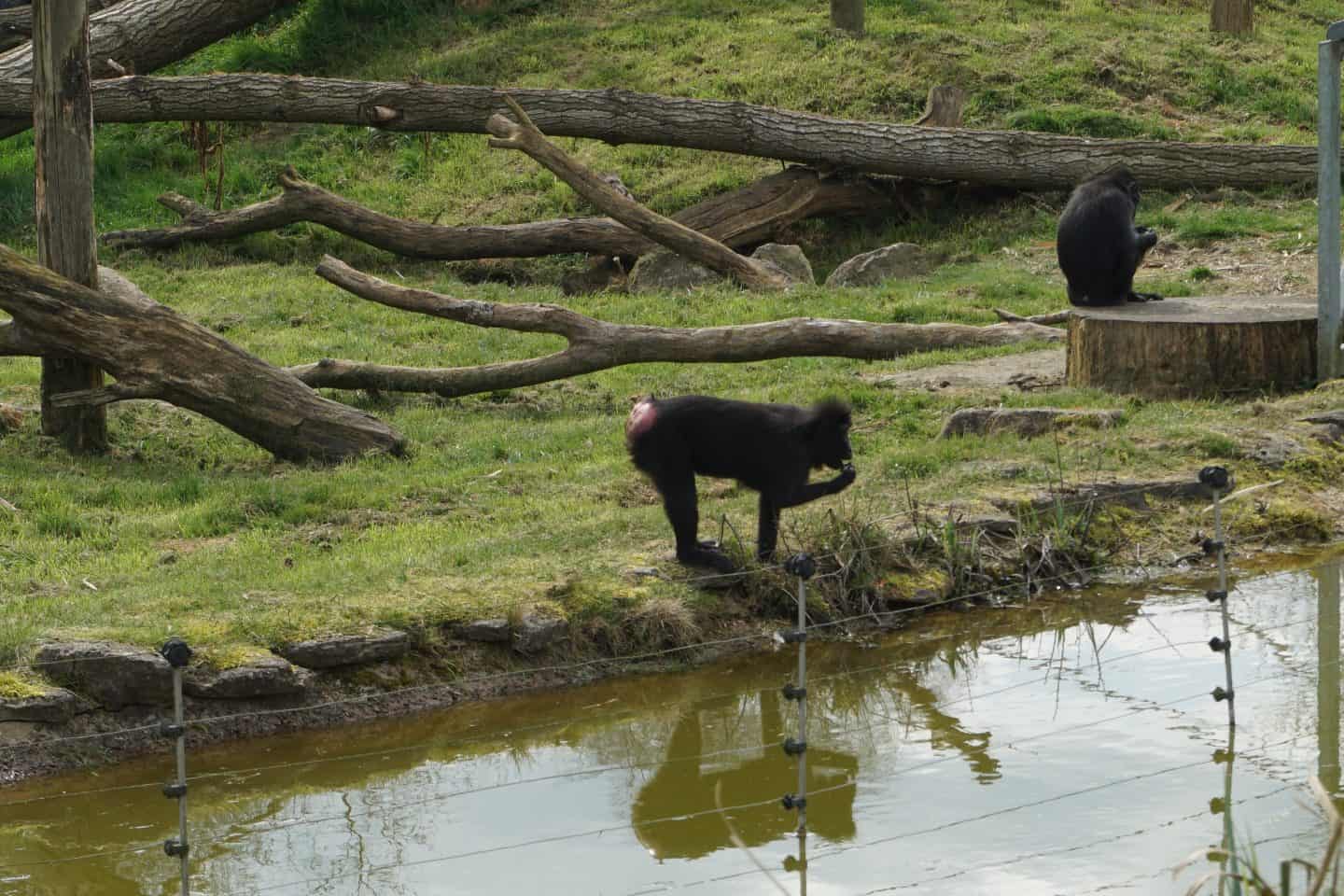 Our day started off waving at the little train as it trundled past us, then we watched the penguins for a bit and the kids (and Sam!) had a play at the little park just behind them. There are a few really lovely parks dotted around Marwell, perfect for when concentrating on animals gets a bit much and the need to blow off steam arises! Also good for parents to sit and chill for a little while! Each park has a suggested age range, which you should take note of as Arlo came down a slide head first as he turned in the middle, he was caught by a well positioned teacher as I was too far to get to him, but it was a park for ages 6+ so entirely our fault for letting him follow his sister!  He wasn’t phased at all though! The whole Zoo included the parks is well looked after and a very clear animal theme runs throughout, as you’d expect of course! The theming of the Zoo is just perfect, everything is animal themed (obviously) but in a non tacky way with lots of wooden sculptures around to give a natural feel. 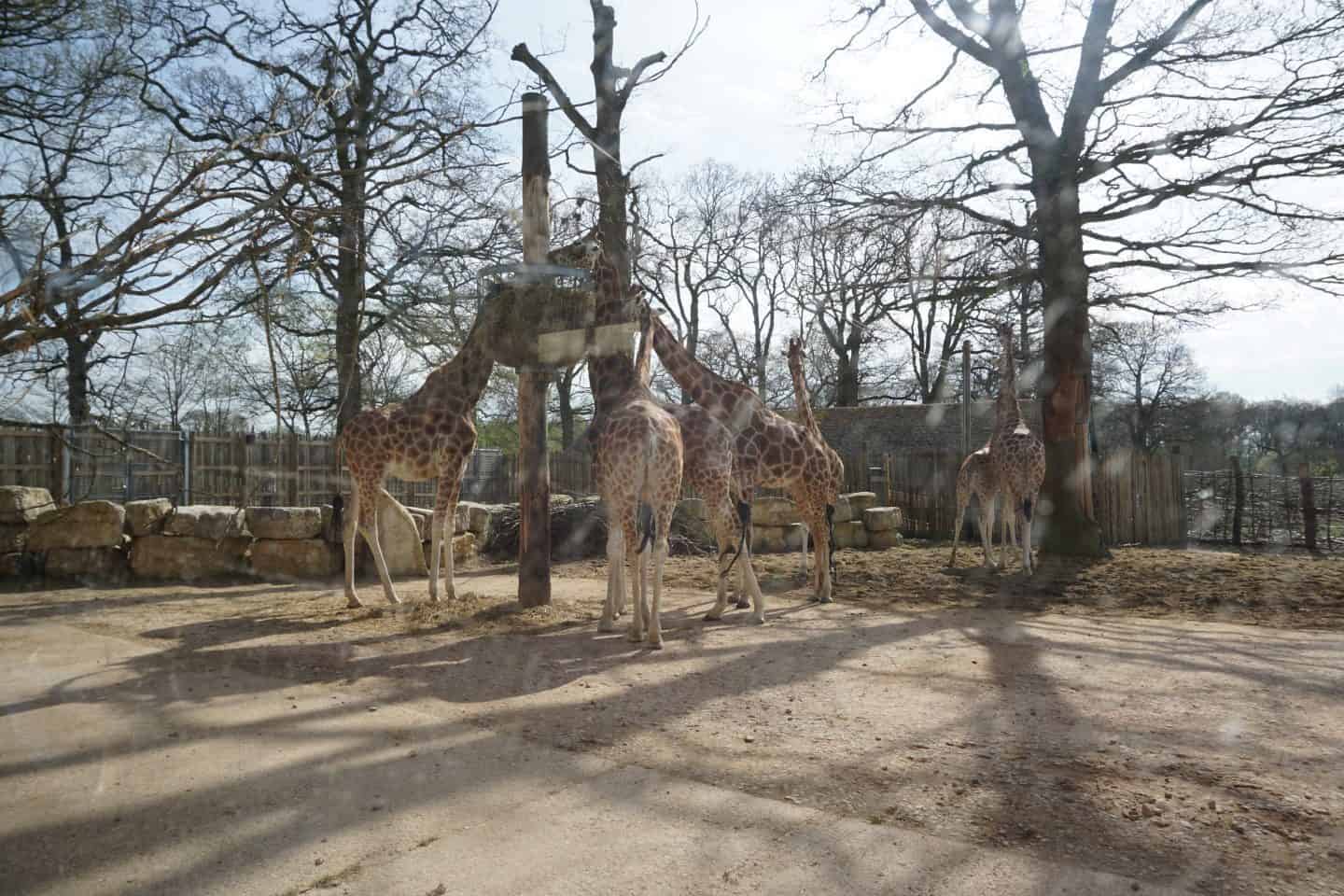 We stopped for lunch in the Cafe Graze at the top of the park, and the weather was warm enough to sit outside which was lovely! It cost around £17 for two kids lunch boxes, an adult sandwich and a bowl of chips plus two bottles of drink, which is on the pricey side but in line with other theme parks and attractions, and if you don’t want to cart a packed lunch around is a great option. 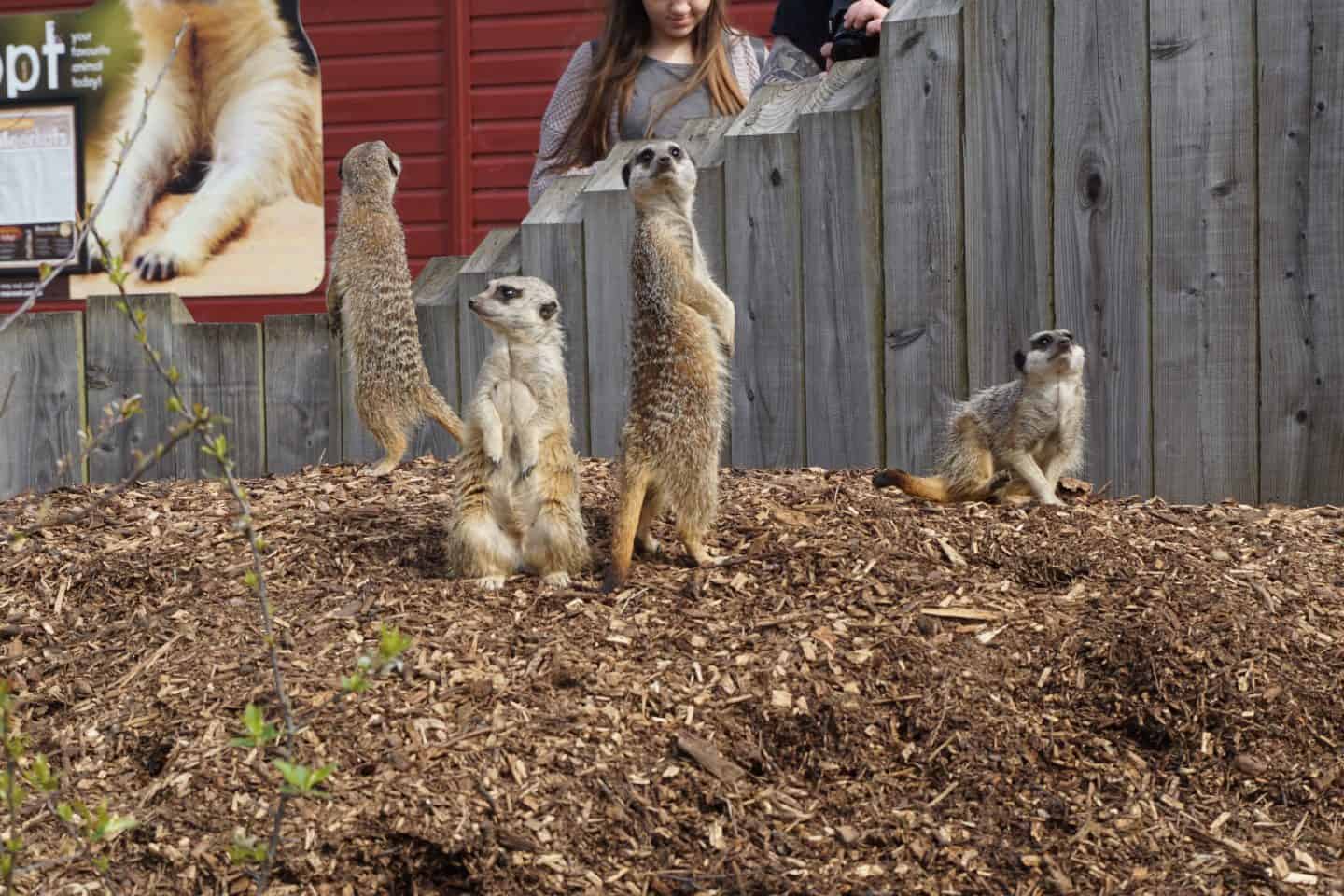 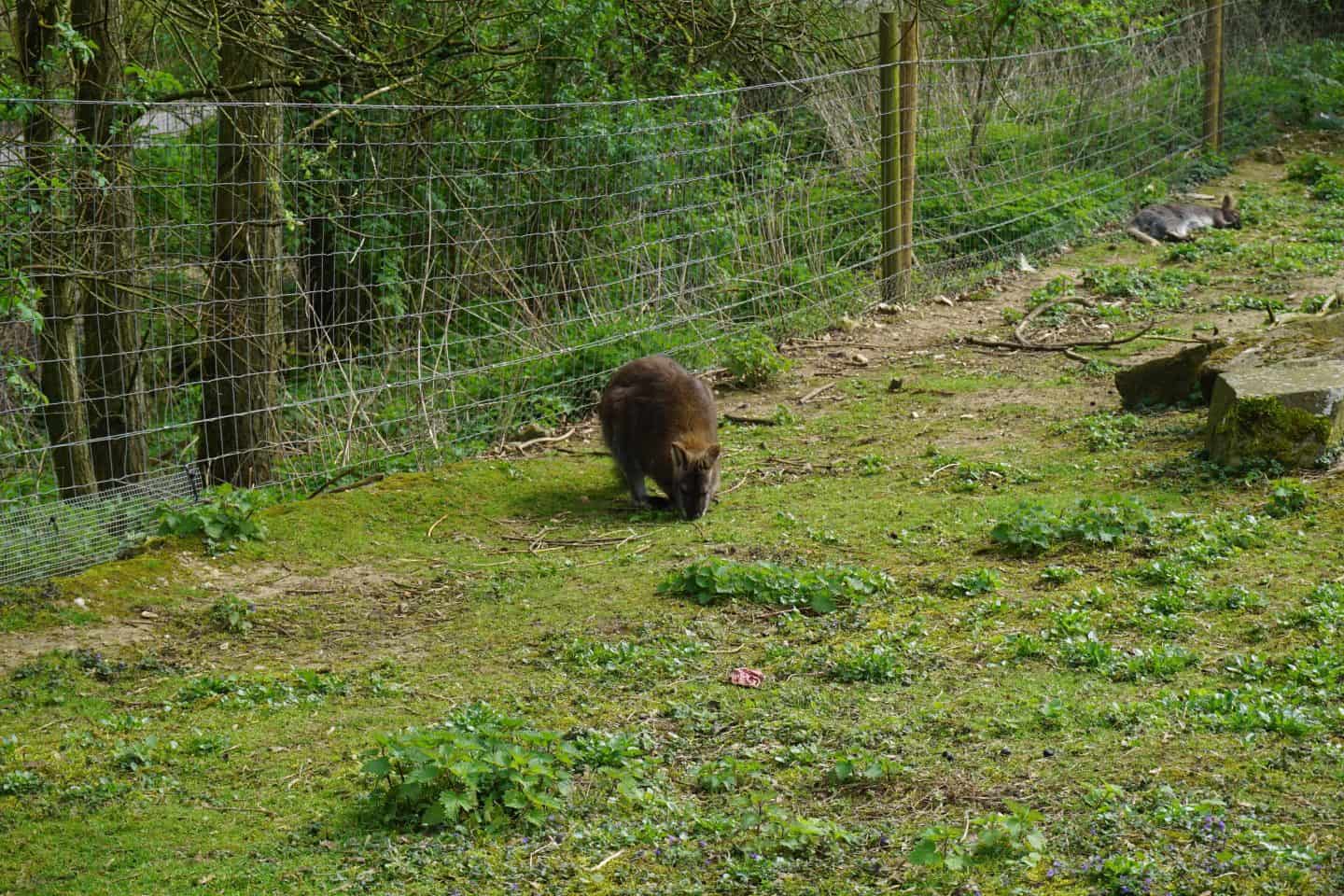 We spent time admiring the Meercats, who are just so fascinating! They were so close and not behind glass you could see them and take photos so easily. I think they’re awesome, and the little ones were so cute, sat up in the sun but sleepy so they almost fell over every so often as they dozed off. Another fun part was the Ringtailed Coati enclosure where you could see them up close, snuffling about. There were a few school groups in the Zoo whilst we were there but they were all well behaved and the only time it meant there was a bit of a wait to see an animal was at the Tiger enclosure. There were also some guided talks and feeding times at specific animal enclosures throughout the day though we didn’t go to any of these purely because my kids are a little bit too young to concentrate on things like this for too long but I thought it was a lovely idea. 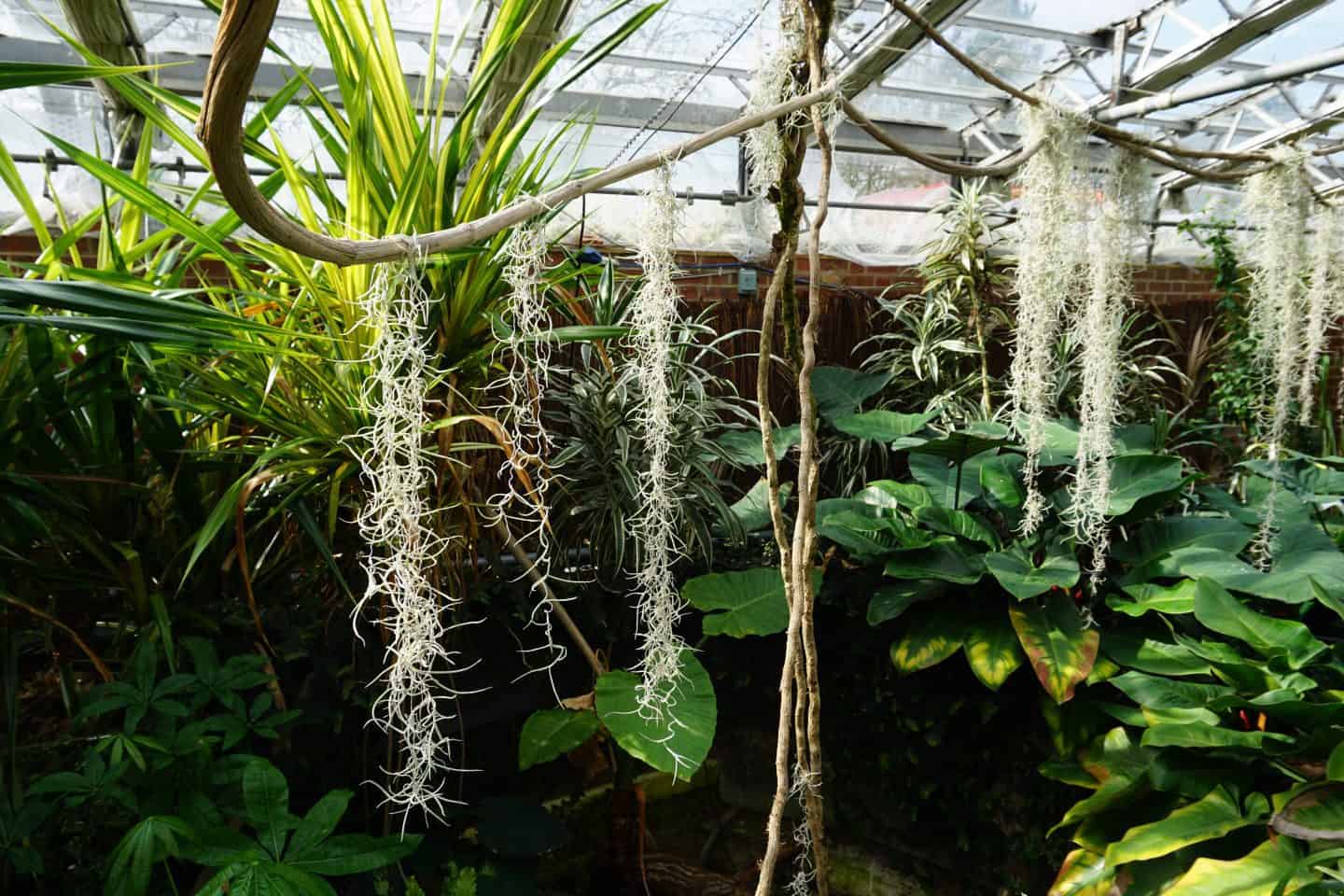 We really loved the Tropical World with the beetles ants and other creepy crawlies, I think Athena loved it because it was nice and warm too! They were building a new, much larger Tropical House when we were there so we’dd be back to explore that when it’s open. I’m no fan of creepy crawlies in general but when they are behind glass I don’t mind so They were constructing another new area due to open this summer called Lemur Loop, so you can get up close and personal with them! 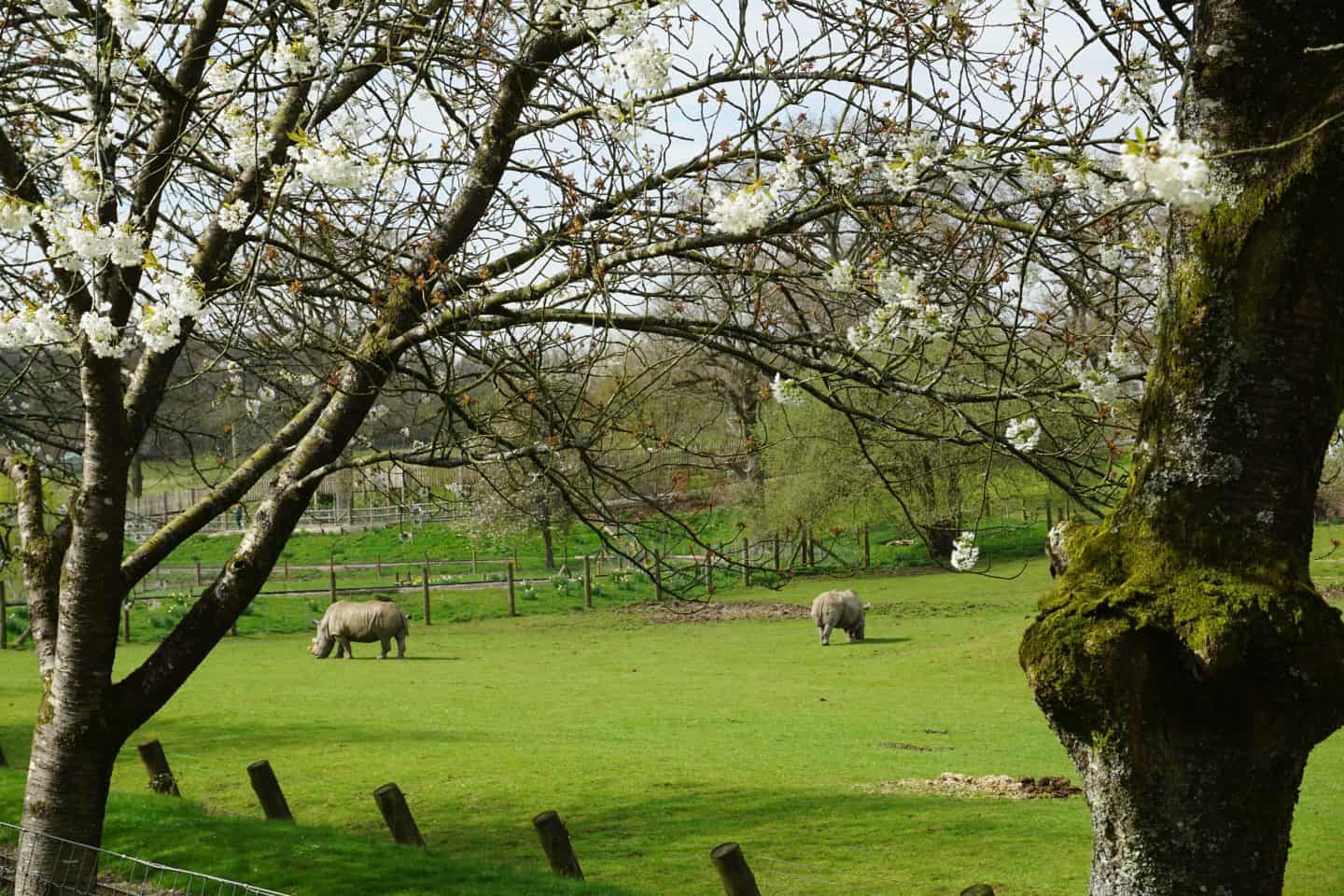 Something Sam and I both noticed as we walked around the zoo is the family feel, not just for visitors but the volunteers and team working were all so friendly to the visitors and with each other, there was an older gent in a wheelchair at the Penguin area who was just lovely! The Zoo is actually run as a charity too, so many of the people working there are volunteering their time so are clearly really passionate about the Zoo and the animals!

We spent a full day at Marwell and still didn’t see absolutely everything as we spent a long time in some areas, and next time we’ll take advantage of the free land train (with a little cart on the back for buggies – a nice touch!) and the ‘real’ train that goes weaves around the park.

Here’s a video of our day: 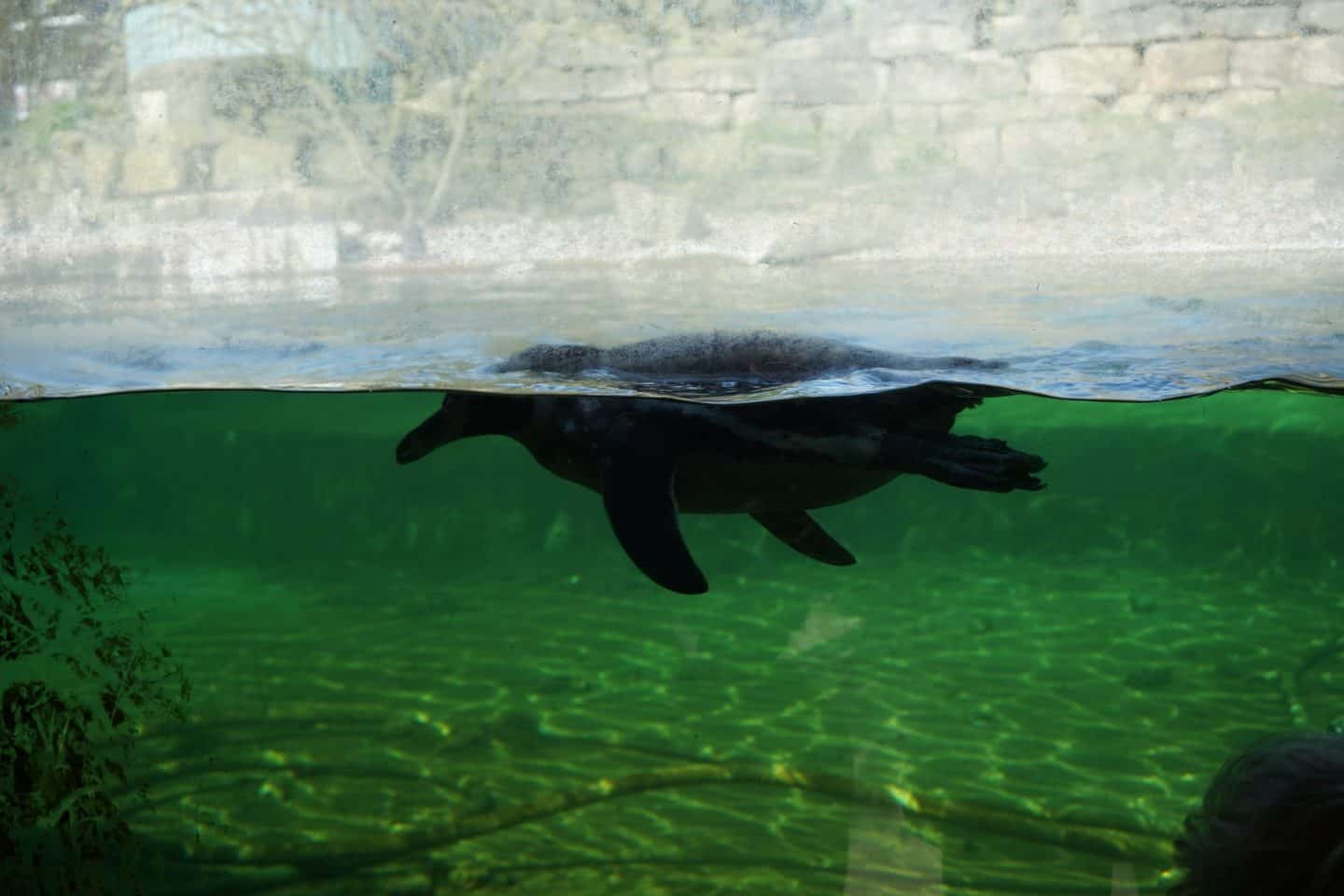 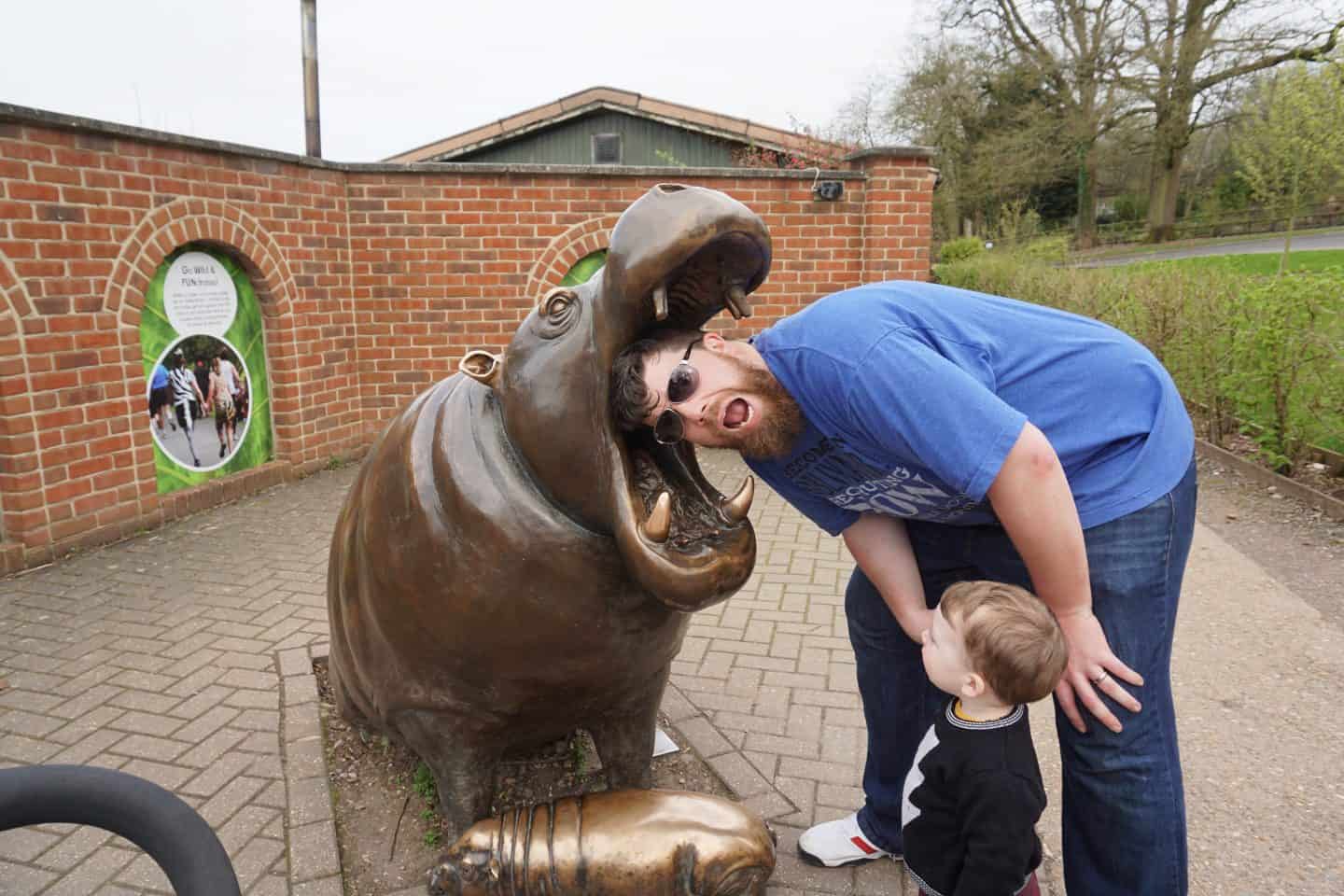 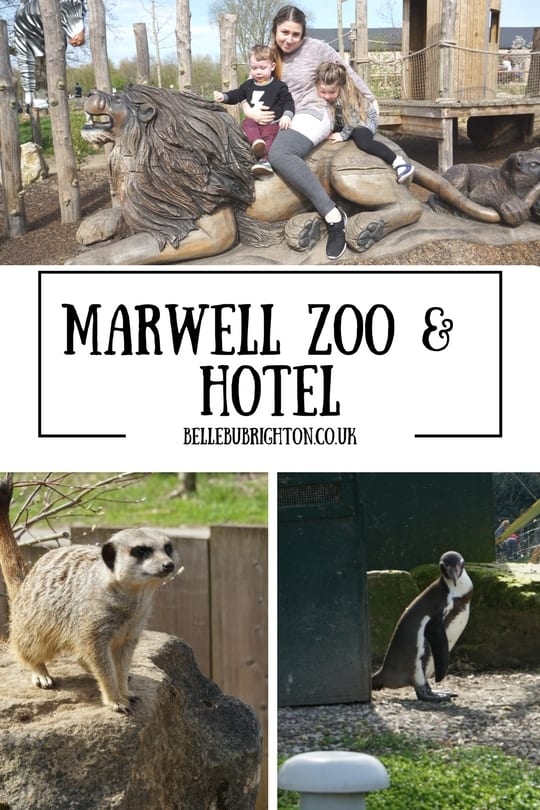 We received our entry for free in return for an honest review of our experience.