We took our Me and Mine family photos this year at Drusillas, which is where our July photo last year was taken too, and we’ve changed a little! Sam has a bigger beard, both the kids are taller and Arlo looks like a little boy instead of a toddler! Hello Kitty hasn’t changed a bit though…!

October was a good month for us mostly…

I had a lovely break from normality in Israel (Here’s a bit about my trip to Tel Aviv, I’ll try and get a post about the Dead Sea up at some point!) and also managed to hit my target of reading 40 books this year two months early! I did quite a lot of de-cluttering at home and still have a lot left to do till I’m done! I am also trying to get to terms with realising that my Blepharitis just isn’t going away, I had an appointment with my optometrist at the start of the month who said it’s a chronic condition and to learn to live with it, washing my eyes with baby shampoo daily. I wasnt convinced that’s a good idea and have since found a lot of helpful facebook groups and am trying all sorts of more natural things.  I’ve hardly been wearing makeup because my eyes are so sore, and they’re so itchy too that it makes me really irritable and snappy… but that’s all a bit depressing! 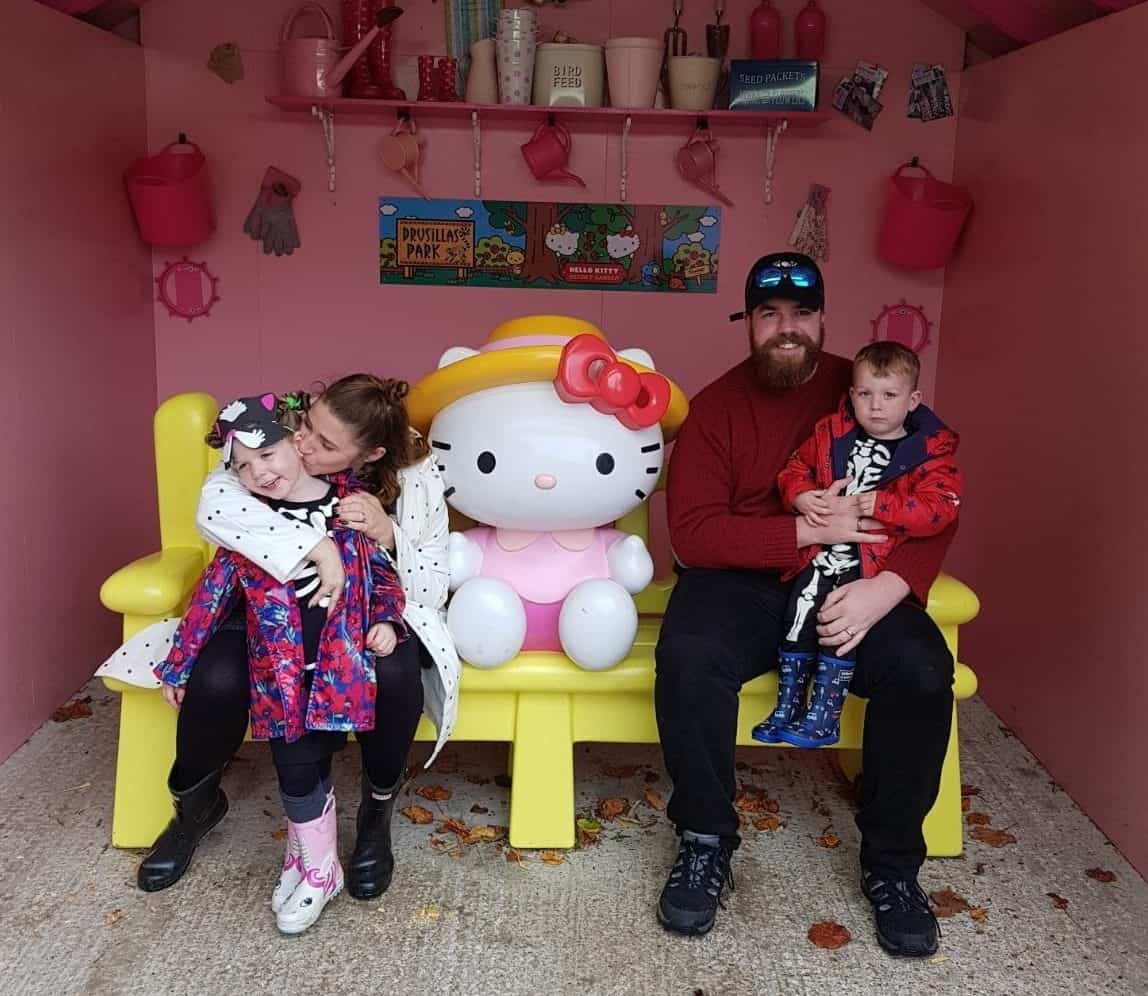 Sam loved having some one on one time with the kids when I was away (Well, he says he did but I think he realised quite how testing they can be at times!) and he’s also attempting to grow his hair long enough for a man-bun but still with shaved sides… which is… interesting! He’s still cracking on with his Ketogenic diet, I gave up on holiday and then sort of forgot to start again, though I did see good results for the three weeks I did it! 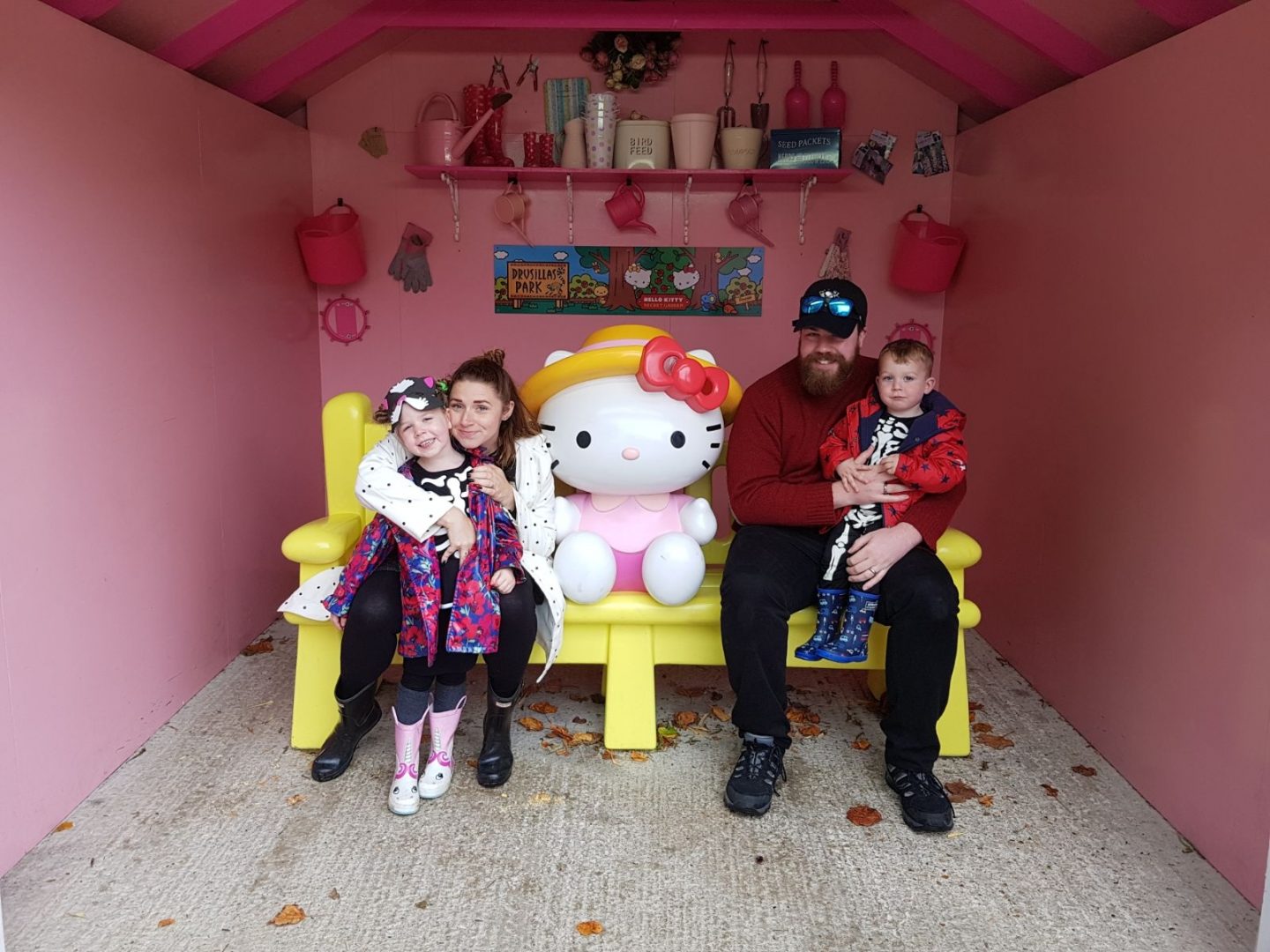 Athena is obsessed with drawing and writing, and can always be found with a pencil in her hand. We’ve started to do some more grown up crafting on the rare times we find ourselves Arlo-free, and although she is incredibly mess she loves making things! She’s been working really hard at school with her reading and writing, but desperately needed that half term week to recuperate!

Arlo is as testing as ever, he can go from super sweet to irate, angry and screaming in about three seconds flat. The thing that seems to cause him to most trouble at the moment is being given a choice in something, we try and stick to ‘this or that’ but he always wants something that’s not on offer and if he doesn’t gt his way in 3 seconds or less he screams and goes mental! I really  hope he grows out of it soon! His language has come on leaps and bounds though over the last few weeks which is always amazing. I think he’s grown at least three inches too, hes gone up a shoe size for sure! Maybe he will turn out to be tall after all!

And just because I love this perfectly imperfect photo, a family selfie in the haunted maze last week! Sam took the kids out trick or treating tonight and they had a blast, and both came home with their little bucket full of treats! 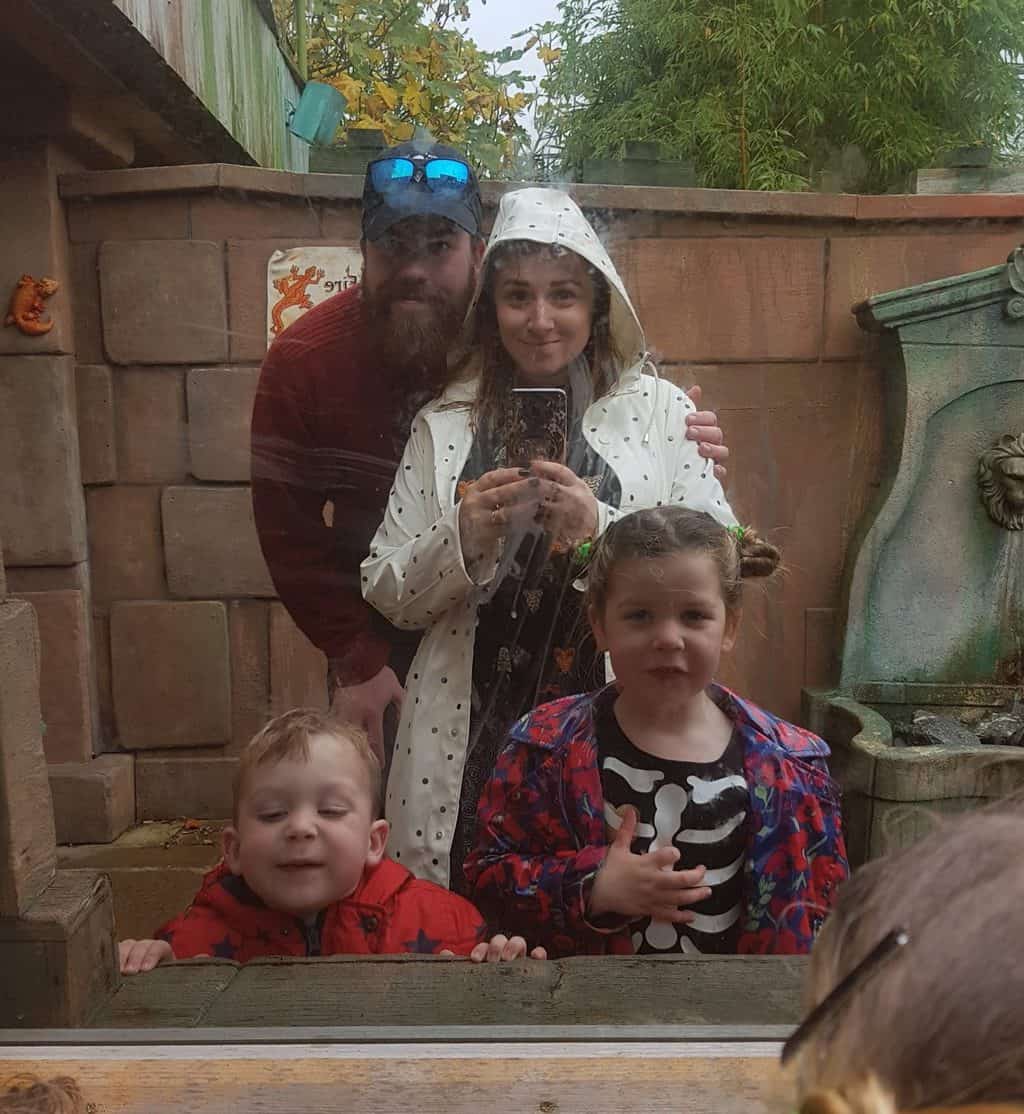