This week has flown by right? I know it was a shorter week but at this rate it’ll be Summer before we know it! I feel like I’ve barely seen the kids during the week, as I got away with not doing a school run till Friday this week! I was working in Brighton and London on Wednesday and Thursday and on Tuesday I had a lovely day at a spa, but I’ve got a post coming up on that soon! 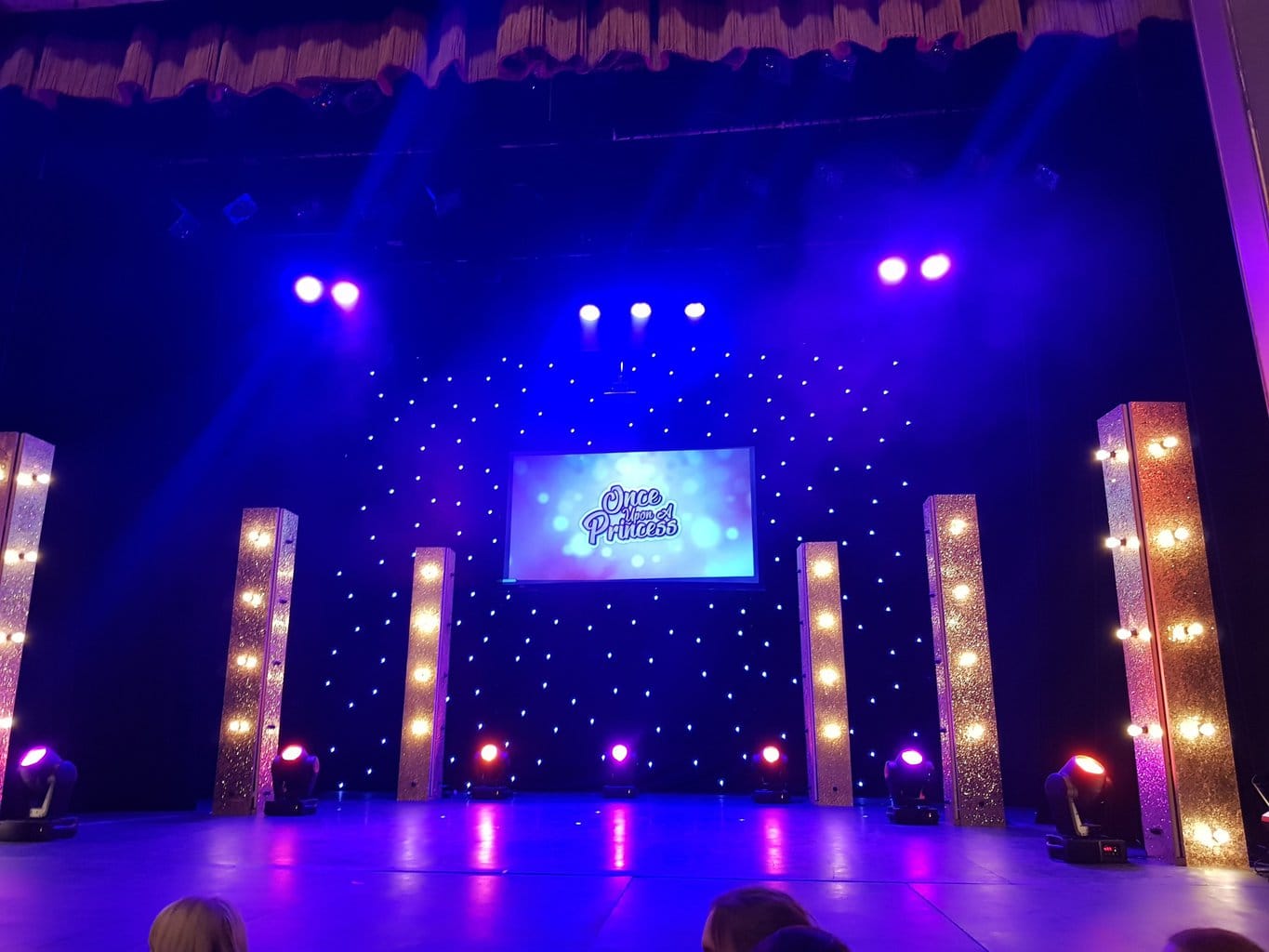 We did have a day out yesterday though as we’d been invited to see Once Upon a Princess at the Royal Hippodrome in Eastbourne, which was really good fun! I was unsure what Arlo would think but he loved it as much as Athena did – bopping about in his seat and shouting out in the audience participation bits! You can expect to see all your favourite princess, from Rapunzel to a rapping Anna from Frozen – which was pretty cool! She was definitely my favourite. 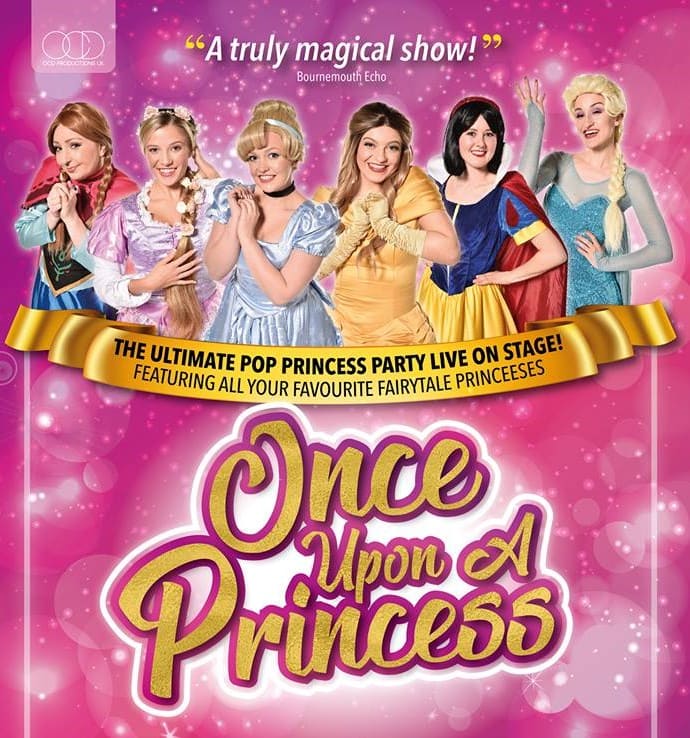 The show is based on Fairy Godmother Muddle needing to put all the fairytales back together after an accident in the library, and though acting and songs the audience (of mostly young girls in princess dresses waving sparkly wands!) need to help work out which story the charming prince is from and therefore who he needs to marry! There were confetti canons, sing along songs old and new and most importantly for Athena lots of pretty princesses twirling around on stage! You can find out more about Once Upon A Princess and find future dates on their website. It looks like they’re taking a break for the summer but are back on tour in October. 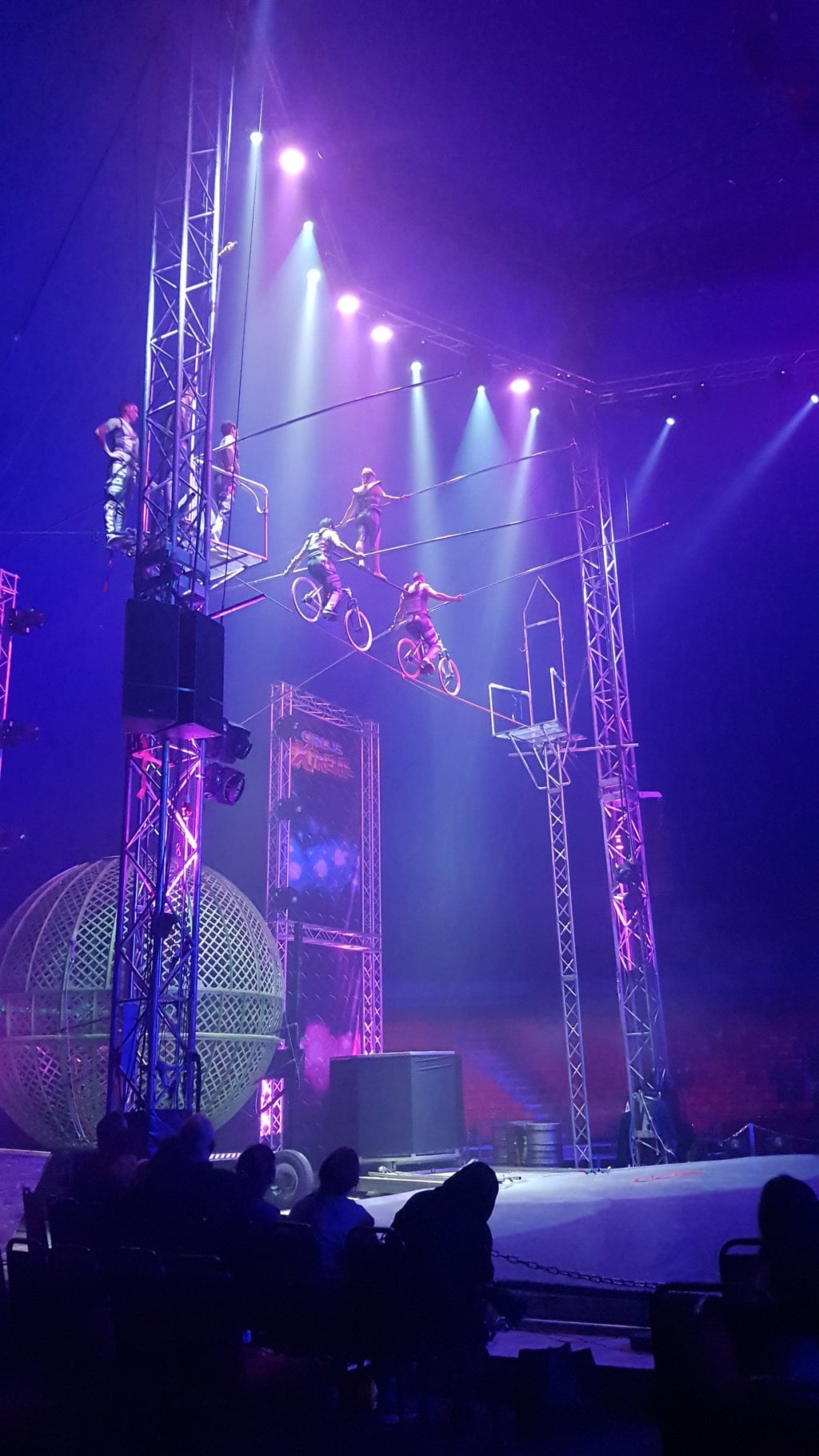 Then this afternoon we watched crazy people do daredevil stunts at Circus Extreme which is in Brighton until the 19th May at Preston Park, which two shows a day most day. Now I love a good circus, there’s something about the music, the tent and the being on the edge of your seat through most of the show that just makes me happy! This is the first time Circus Extreme had toured the UK and we weren’t disappointed as both halves of the show were packed full of tense moments and jaw dropping acts – the atmosphere is just amazing! 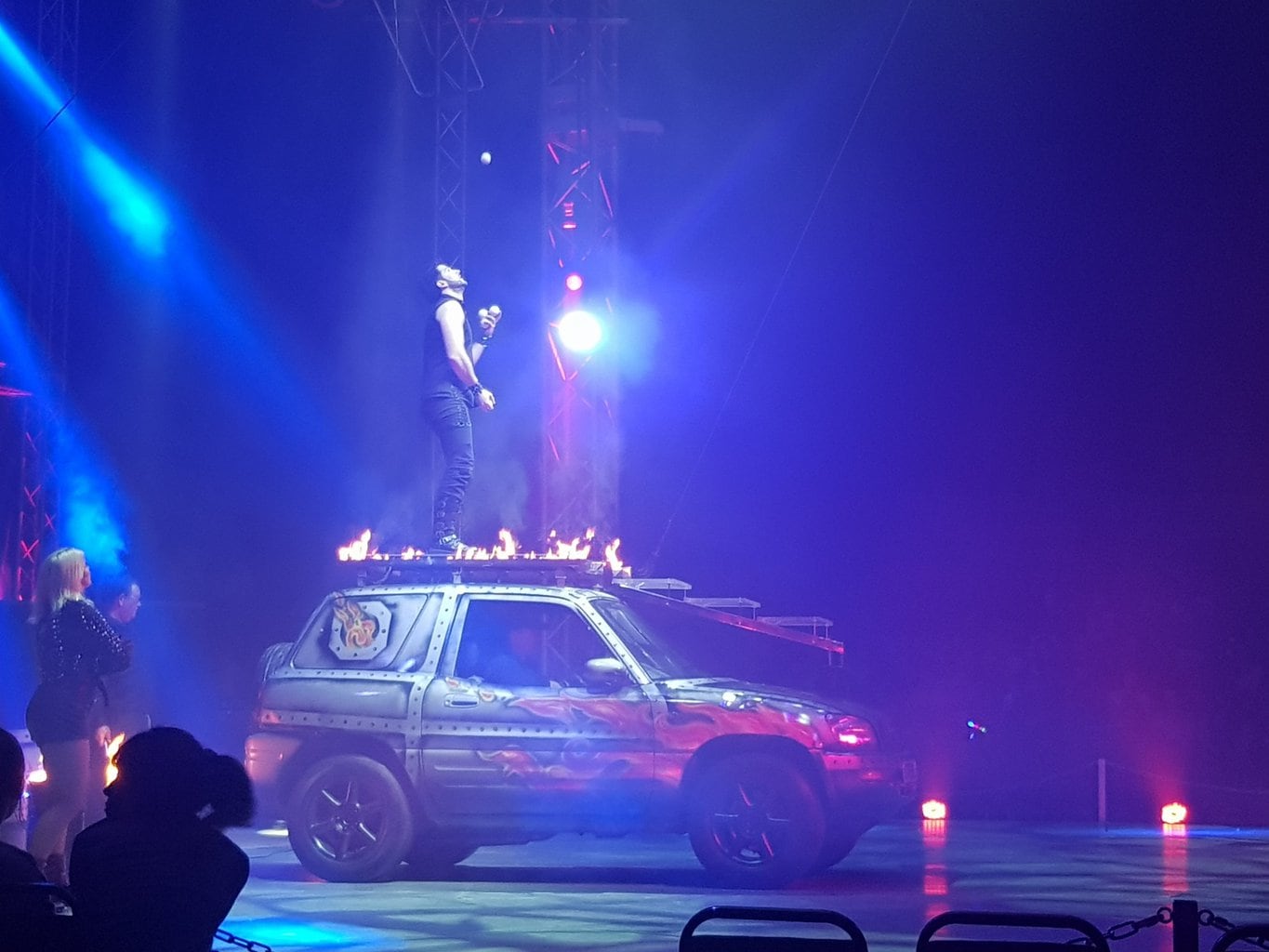 My favourite act was the final one, when motorbikes whizzed through the tent from one side and out the other, whilst more were whizzing about in a Globe of Death… You really do have to see it to believe it! 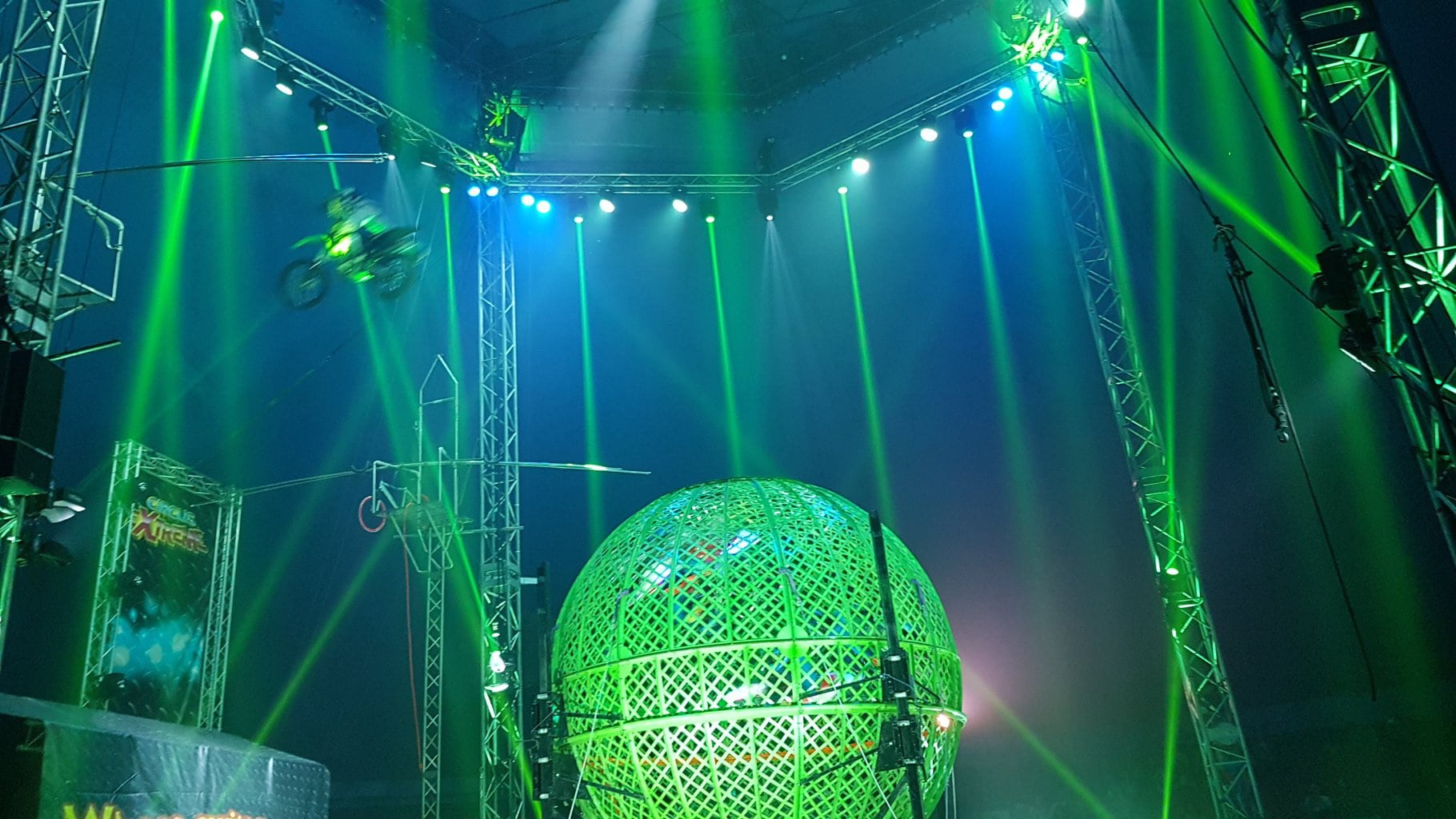 Another awesome act was the tightrope stunts so high up in the air, riding bikes and balancing on each others shoulders! Seriously jaw dropping!

After Brighton Circus Extreme carries on around the country touring until August! so you can look up your closest venue and see the amazingness for yourself!

There’s not a lot else to report from this week, I have a new laptop that’s more portable for when I am working out of the house but it’s taking me some time to get used to as the keys are slightly smaller than my main laptop so that I am often pressing the wrong thing. Oh, and we had a thief pinch a parcel from either our doorstep or the recycling bin. We didn’t get a slip through the door so had no idea the parcel had been delivered until our next-door neighbour appeared once we got home from Eastbourne. She showed me a photo she’d taken of a man loitering around, who then left and soon came back and dropped the parcel on our doorstep! Obviously he didn’t want a bunch of kids clothes that I had ordered from H&M! What a cheeky bugger! 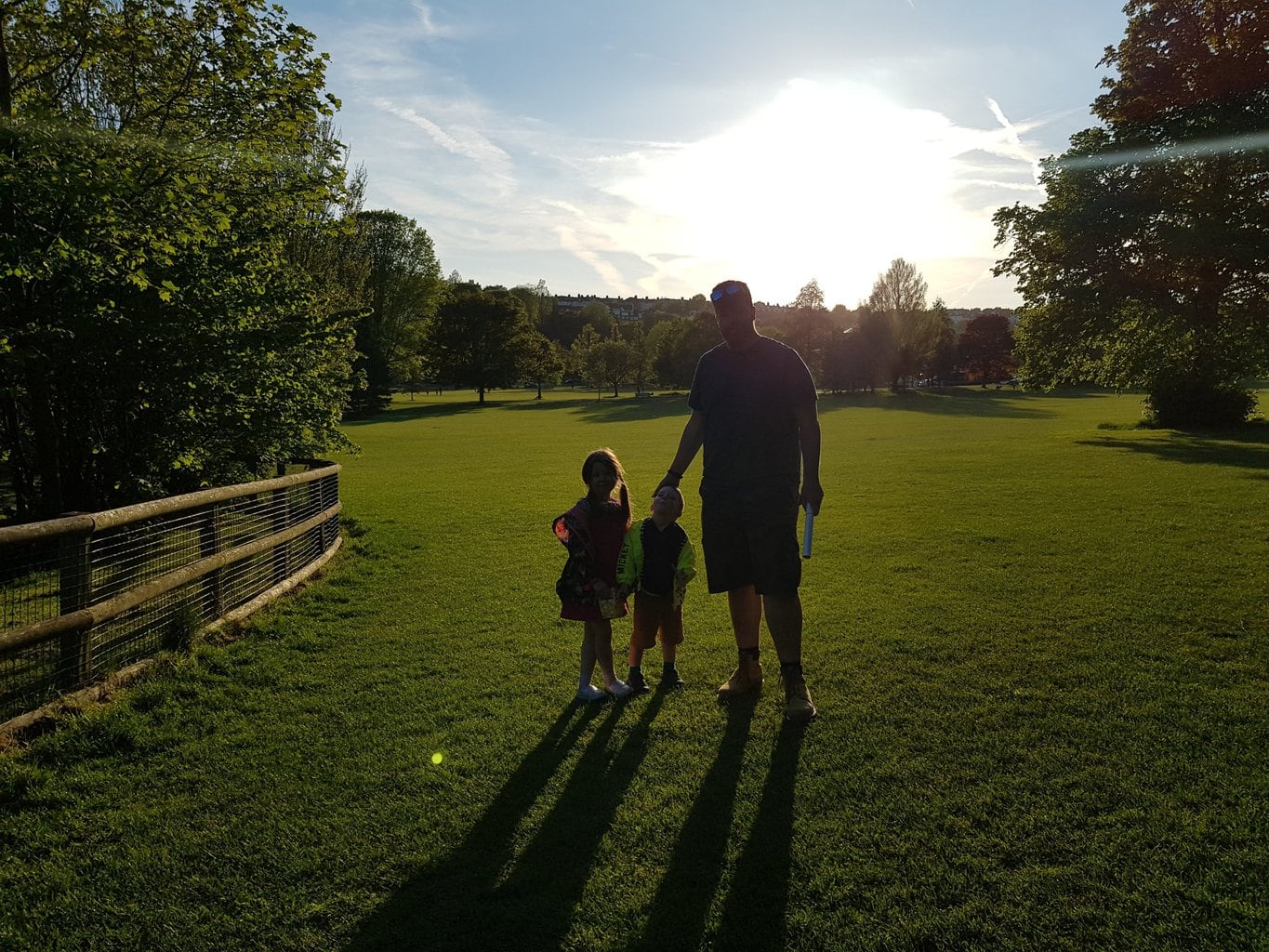 Anyway, this coming week is a bit quieter for me but I want to crack on and try and get as much done as possible because we’re on holiday for a few days just before half term and I ideally don’t want to do any work when we’re away!

We were invited to both these shows to write a review on the blog.