Sam and the kids went to the theatre this weekend to see The Pirate Cruncher at The Connaught in Worthing. It’s a ‘rollicking adventure told through thrilling action, daft nonsense, stirring shanties, and the weirdest of mechanical contraptions’. 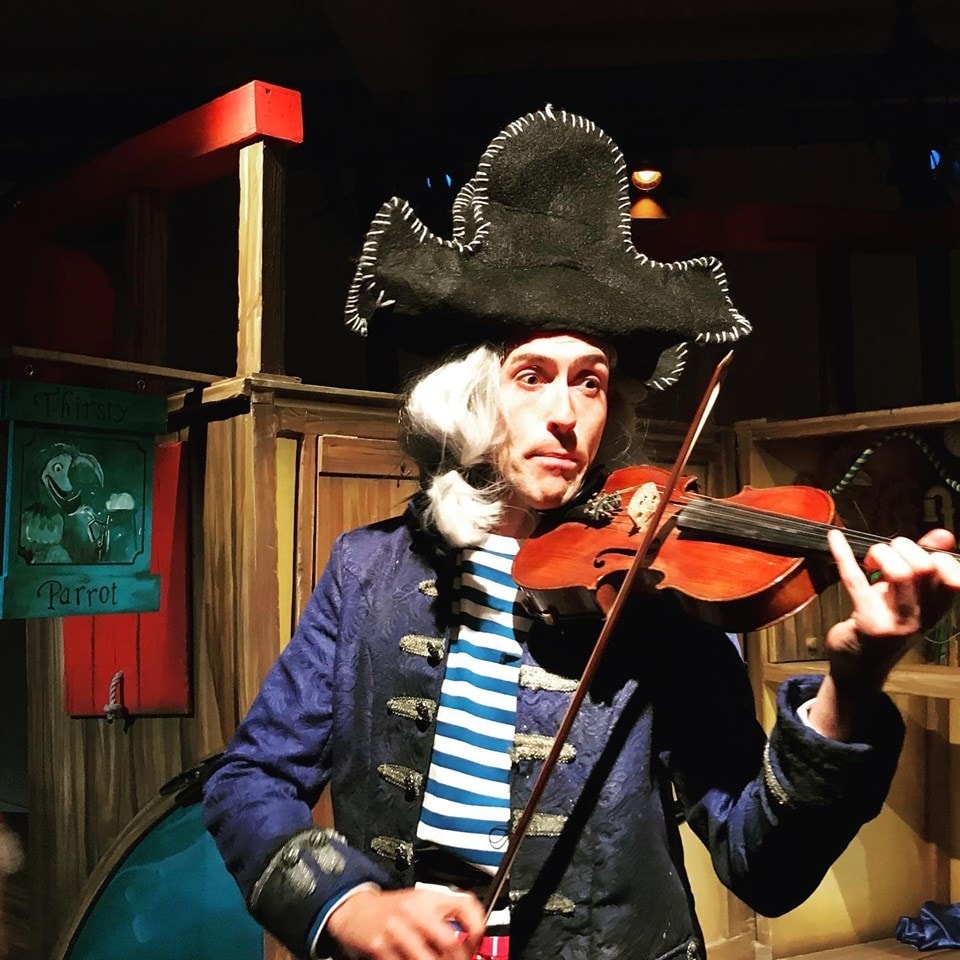 Adapted from the best-selling picture book by Jonny Duddle and scored by multi award winning folk musician Jon Boden it’s a fast paced and super fun show that everyone enjoyed!
What we thought of The Pirate Cruncher
A captivating and immersive experience that kept the kids happy, interested, laughing and entertained. There was audience participation, a clever stage set, some awesome songs and an engaging story.
Sam’s favourite bit: The fourth wall… super clever! In fact such an array of different characters played by just four cast members is really impressive and lead to some (purposefully) amusing moments – the cast must have been absolutely exhausted by the end of the show – but they hid it well!
Athena’s favourite character: Purple Beard – he made me laugh so much!
Arlo: I liked the man’s head being turned into an island! (see pic below – it was projected onto a sheet once they’d found their ‘victim’ from the audience)

We definitely recommend the show, everyone loves pirates anyway but the Pirate Cruncher was just amazing and a must-see for families!

The show premiered here in Worthing this weekend then travels to Didcot, London, Suffolk, Kent, Birmingham, Southampton and finishes in Brighton on November 2/3rd. Full tour dates available on the Goat & Monkey website plus a little behind the scenes video too!

Thanks to Goat and Monkey for inviting us along to see the show and for some of the images used in this post.