I have hardly seen some of my previously close friends since I became a parent of two. This is for a few reasons, but it does upset me a bit so I’ve been thinking about why:

Friends never get my full attention in restaurants or coffee shops because I am:

Friends never get my full attention out and about because I am:

There are of course a small handful of lovely friends who still come and see us, are happy to chase my toddler around the park, or to hold the baby whilst I do the chasing. They don’t mind coming to me for dinner, even if that dinner materialises an hour after it was meant to because of a baby-feeding interruption. Better yet are the friends who bring food with them! There are some friends who still invite us over even though it’s likely that Arlo will get sick on their sofa and Athena will empty their shelves of DVD’s in super quick time, and I love them for it. 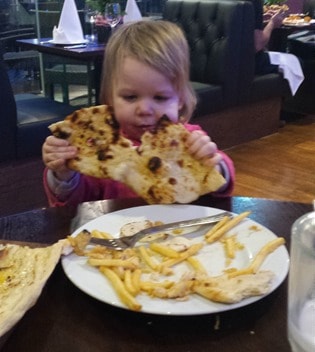 Spending time with people who have children can be irritating. I can say that because a) I was once a non parent (obviously) and b) it’s true, and is probably the reason why we hardly see non-parent friends these days! It started happening when we just had one baby but now there are two I’m noticing we’re seeing less and less of our non-parent friends and it’s not for want of trying either. It’s just a lot harder to get out all together past seven pm unless we want a toddler meltdown on our hands, which let’s face it isn’t going to enamour us to our friends is it! Plus it’s normally a dinner that we’re missing, one that is a lot more relaxing for the diners if our toddler isn’t in attendance, even though she’s actually fairly well behaved!

When Athena was still a baby I would drag her everywhere with me, because if I didn’t I would never get out of the house because Sam used to work five or six nights a week for her first year. She came to dinner, to peoples houses and anywhere else I went. We didn’t really have a routine to speak of and she’d just sleep in her buggy and I’d pop her into her cot when we got home. Suddenly at around 11 months or so she decided that she didn’t want to fall asleep feeding or being held, and wanted to fall asleep on her own in her own space. Soon after that having her out too late meant she got really cranky and over-tired as she’d not sleep in her buggy or on us. Just over a year later and the same still applies, so going out all together isn’t really an option that late! I still take Arlo out with me of course, he’s still small enough to be carted wherever I need to go, and as he relies on me for food he’s got no choice really!

So, to non-parents out there let me say this: I KNOW how annoying it is to spend time with someones kids, especially when you’re not a fan of kids (hey, that was me once!) but please make the effort once in a while. If you ever become a parent you’ll know how (lonely) I feel!