What a beautiful few weeks it’s been since my last ‘Siblings‘ post! I’ve taken quite a lot of pictures of these two, especially over our long weekend in Norfolk for Easter – which is where this photo in the rapeseed field was taken. I know some people HATE lens flares but I think they’re awesome, and I purposefully have the hood on my lens on backwards so I don’t block them out! So that lovely orange blob of sunshine coupled with my two little people having a hug where it actually looks like they’re enjoying it is pretty special to me! 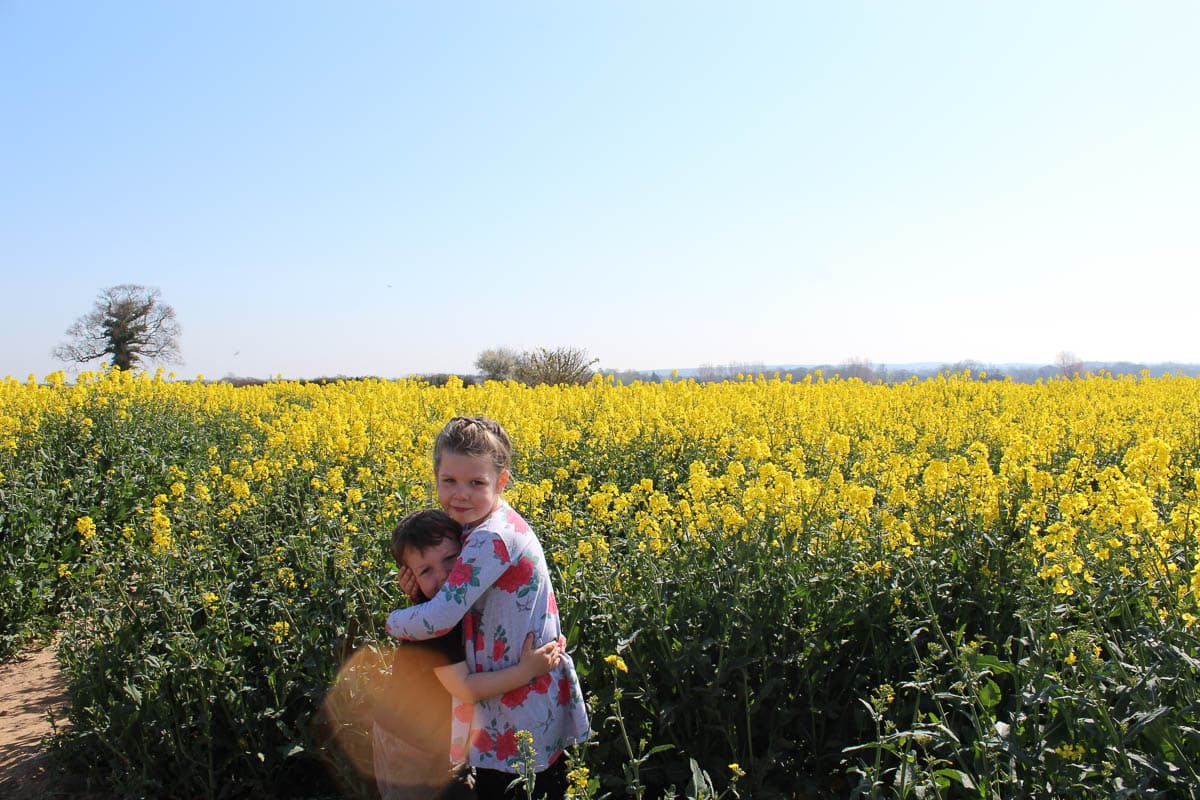 Partly because for the rest of the month although they’ve got on well Athena seems to be hell bent on getting ‘huggles and kisses’ from Arlo who is as equally hellbent to escape from her clutches! Even at preschool drop off they used to have a nice little hug but Arlo seems to have decided hugs and kisses with his sister are beneath him but will happily ‘huggle’ me or Sam in front of her just to wind her up the ratbag!

Arlo is halfway through his last term at preschool, and the countdown is on to find out what class he will be in at the infant school when he starts and I have started stocking up on uniform for him too. He’s not really fussed or worried about it as far as we can tell though we’ve not done the ‘meet the teacher’ stuff yet! 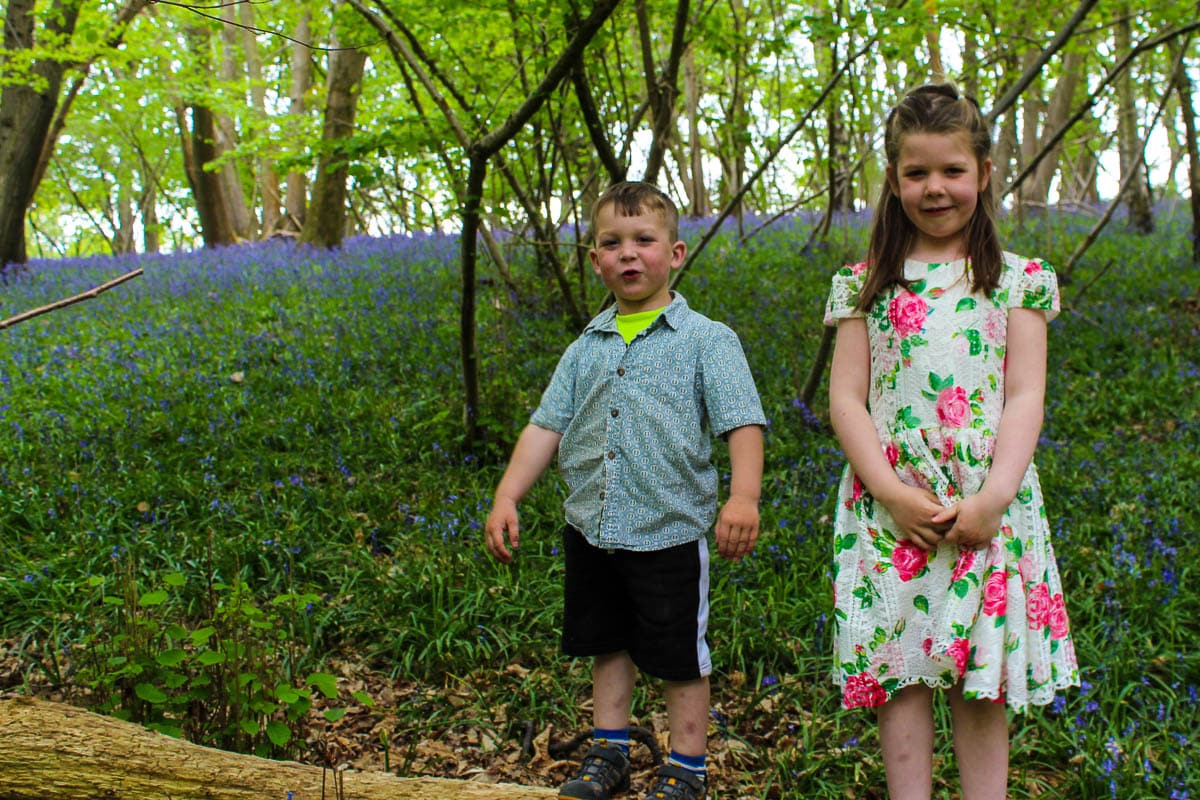 Athena is her usual self – not all that interested in learning but loves colouring and making. She also trimmed herself a new fringe last week which was a bit horrifying but it doesn’t actually look too bad thank goodness! She already has fringe regret and we are having to pin in back every day! Serves her right…

Both kids are still happily hurtling around all over the place, hence their matching leg bruises on this otherwise sweet photo!