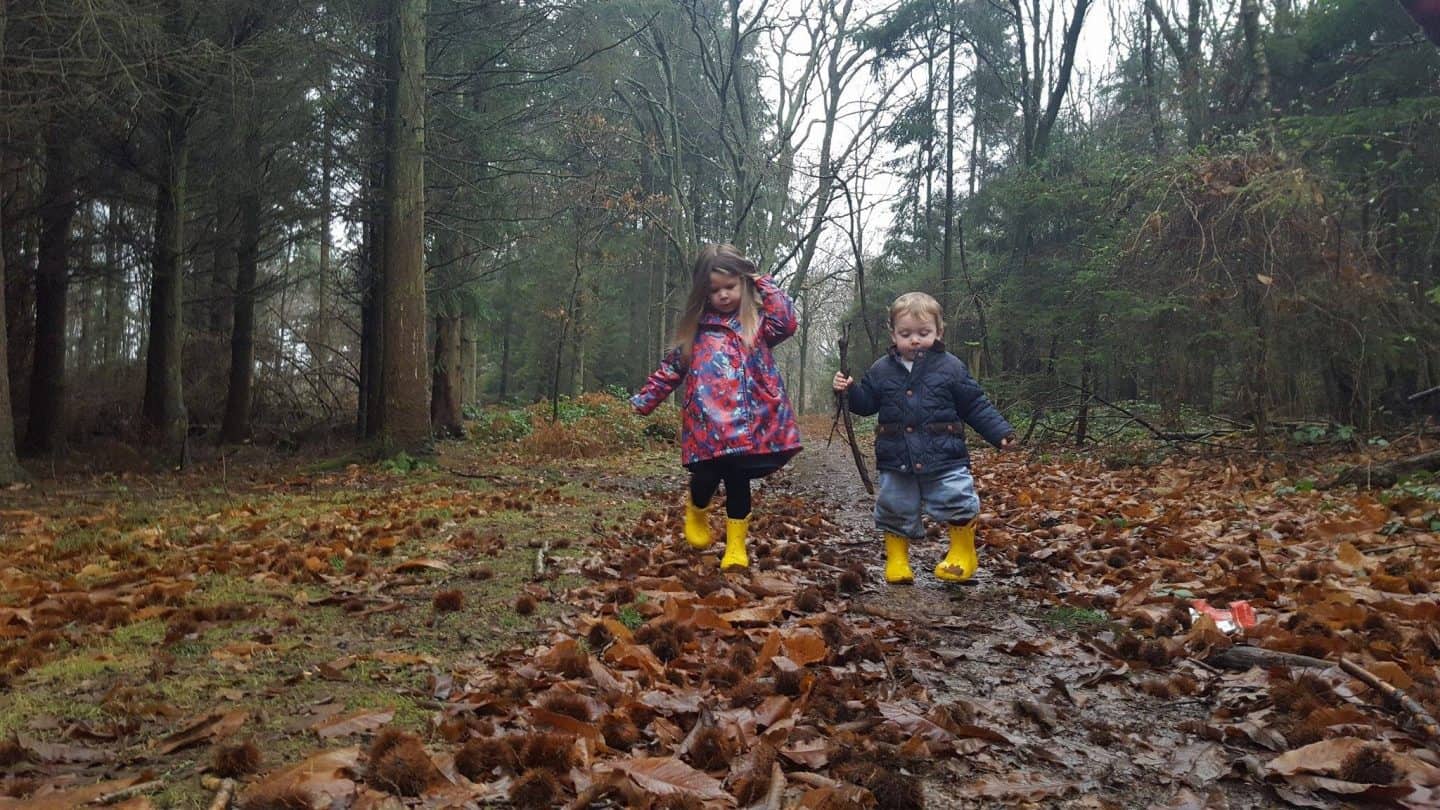 Having almost a month off our normal weekly routines and spending so much time together has done wonders for these two. Of course there are the normal bickers and spats but in general all is smooth sailing with Big A and Little A! There are even some evenings where I can prepare dinner on my own in the kitchen without having to go and break up a tussle over a toy or the best side of the sofa!

Although I have a new camera these were all taken on my phone, partly because this was a bit of a wet and muddy walk and I haven’t got a case for my camera yet! We went for a long walk last Saturday and wherever Athena went Arlo followed, or vice versa! The woods we were walking round had some pre-built dens and hideaways as it’s used for air-soft when it’s less wet and windy! They loved shouting to each other when they found something new to crawl under, climb over or pick up. The pair of them spent a lot of time dragging sticks around too, in fact the footwell in the back of the car has a few sticks in still a week later, as whenever I try and take them out the protest!

Arlo is doing pretty well at the old ‘sleeping through the night’ thing, he’s had a stinking cold recently but once he’s asleep (which is the hard bit!) he’s generally down for the night with the odd brief wake up for water, or to let off wind! As soon as he’s sleeping through consistently we’re going to get bunk beds and chuck the kids in together, so we can have our bedroom back! At the moment the kids get a bedtime story in Athenas room (which I often feature on insta-stories) and Athena is really keen to have Arlo share with her! I’m not convinced they’ll be getting much sleep, mind you! 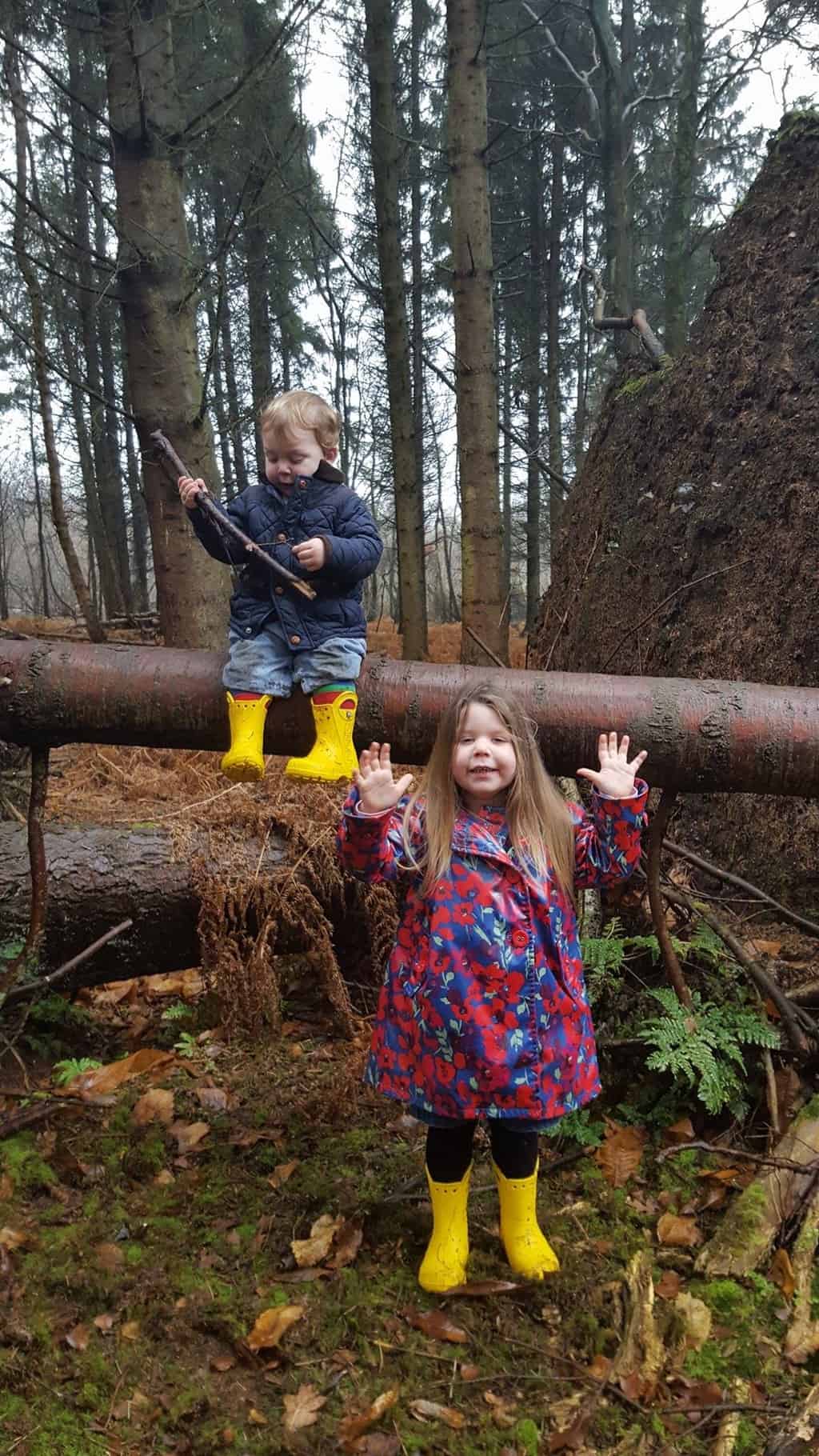 Arlo couldn’t manage to even hold this in front of his face for a quick photo without taking a bite, Athena got the just though! 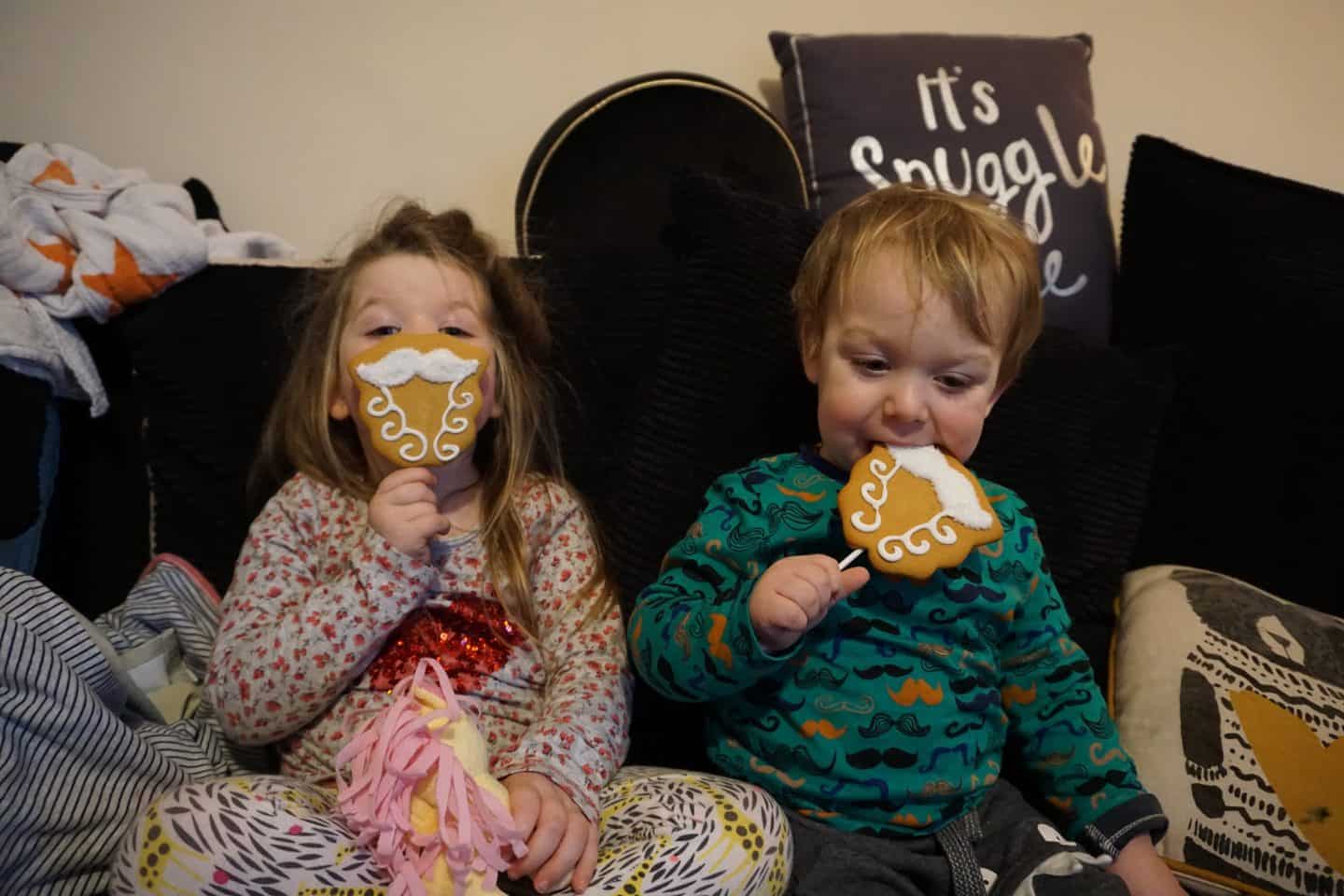