I never really thought about when we would stop breastfeeding. We got to six months, all was fine and dandy so we carried on (hey, saves money on formula!) and then we got to twelve months and we’re still going… with no plans to stop just yet. We still feed in public when needed although these times are few and far between now as we’ve dropped down to one or two feeds a day normally. I am also happy knowing that I am lowering my risk of ovarian and breast cancer, and managed to delay the return of my periods until Athena was 11 months old!

So there are my pros and cons of my (admittedly limited) experience of feeding past a year. We will however have had to come to the end of our breastfeeding journey by November as I am going on holiday for 5 days without Athena, but I really hope that it’s a natural conclusion before that point. I expect that being away from me for 3 days when I go back to work next month will help with the natural weaning from the boob, as she’ll get used to me not being there for day time naps, and generally she doesn’t have milk right before bed these days anyway!

Do please add any comments of your experience of ‘extended’ breastfeeding, or about how your little one self weaned, if they did! 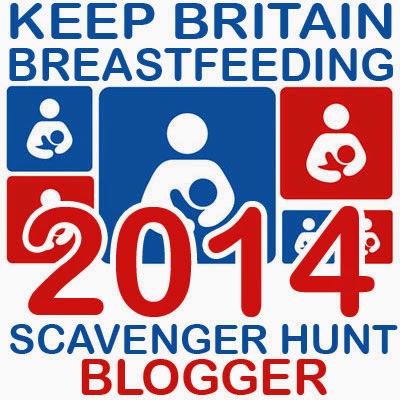 Now join in with the scavenger hunt for your chance to win some amazing prizes and pop along and check out these bloggers posts too: Attachment Feminism, My baby boy and me, Circus Queen,  Attachment Mummy and a guest post from Vicky on the Boobie Milk site
a Rafflecopter giveaway

25 thoughts on “Breastfeeding past a year”