Athena asks for a pet about once a fortnight. To be honest I’m surprised it’s not more. One of her first words was ‘meow’ and even now she points out every cat we see as we’re out and about. The thing is we’re not really in a position to have a pet, well not a cat anyway! We don’t have a garden, and not only to we live on a main road we also live right next to a train track too. So until one or more of those factors change I don’t think it would be fair on a cat to come and live with us! I think Athena understands these reasons, but it doesn’t stop her from asking me about pets, and if I ever had any when I was younger. In fact I had a LOT of pets when I was growing up, I was an only child so I think pets were a good way of keeping my occupied! We always had cats and/or a dog at any given time in my childhood. The two cats that lived with us the longest were called Leo and Sam, and although they weren’t related we got them from the same rescue place at the same time and they were as thick as thieves… well, Leo was just thick really but Sam made up for it and was the top cat in the neighbourhood for sure! We also had dogs, part greyhounds so they were tall and bony and really fast. In fact walking them was a doddle, all you had to do was take them to a large field and let them off. They’d run around in ever decreasing circles at super-speed and then drop down on their sides panting for water, easy-peasy to wear them out! 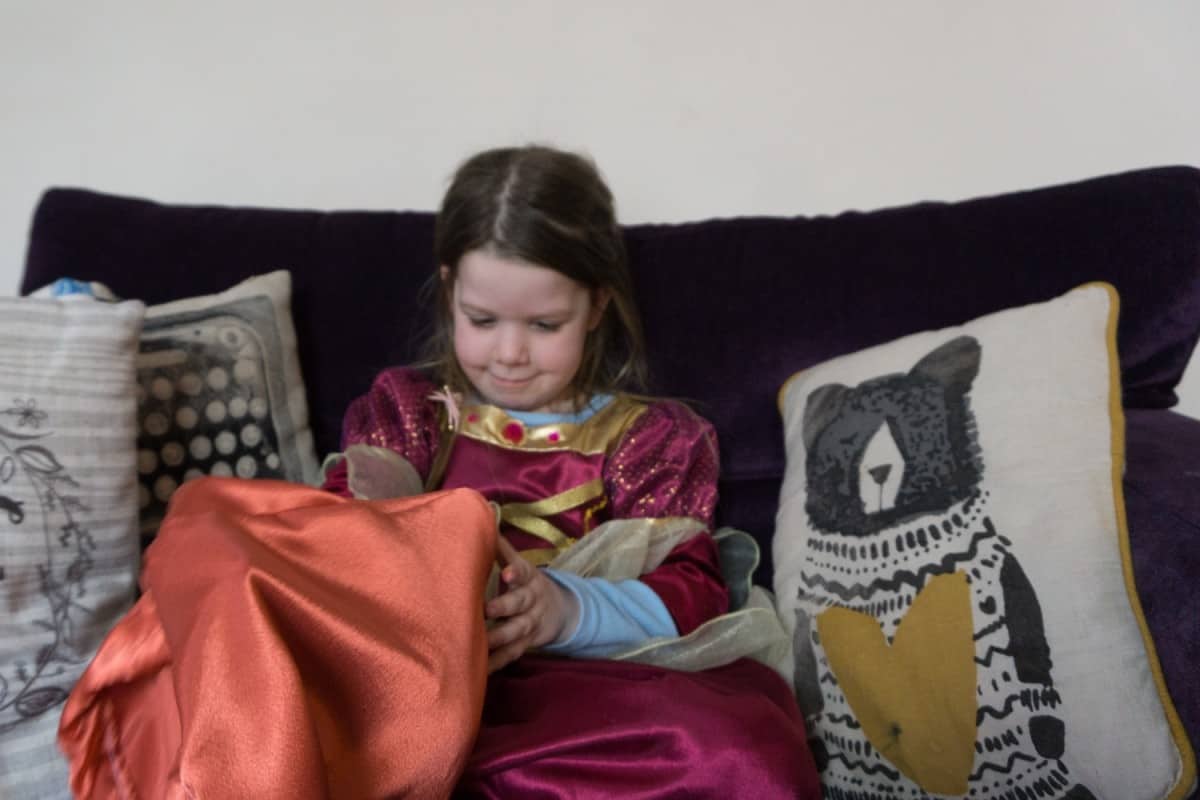 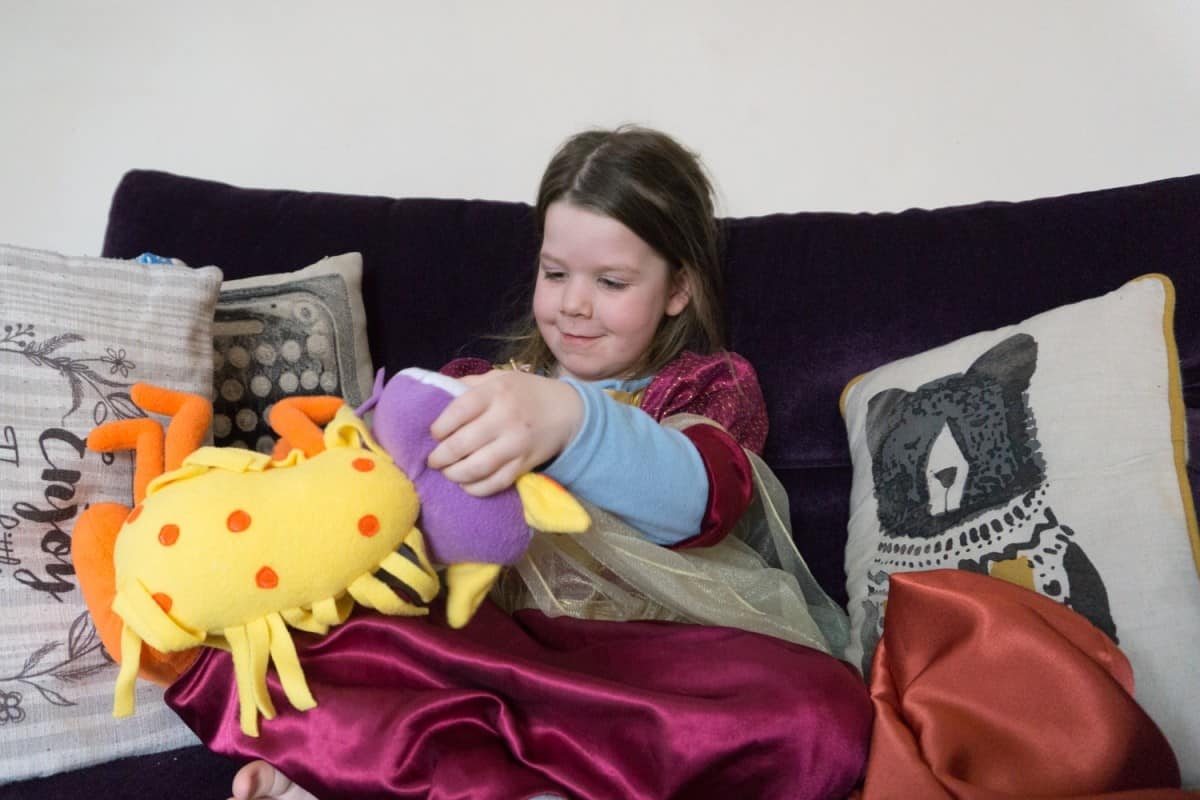 I also had all manner of little rodent pets, from my first hamster called Tammy, then onto two very fluffy hamsters I called Bink and Bonk, although Bink actually attacked and ate Bonk which was a bit of a shocker. We then had rats mostly, as they’re a lot more fun to play with than hamsters, and way more intelligent. One rat called Bianca used to have a big cage in the living room, and we’d leave the door open so she could come and go from her cage. She used to spend a lot of time snuggled on my mums shoulder under her hair, and even our cats were afraid of her- they never bothered her once! I used to have a pony too, as well as helping to look after some more unusual ‘pets’ on my my dads small holding in Wales, but that’s a story for another time. 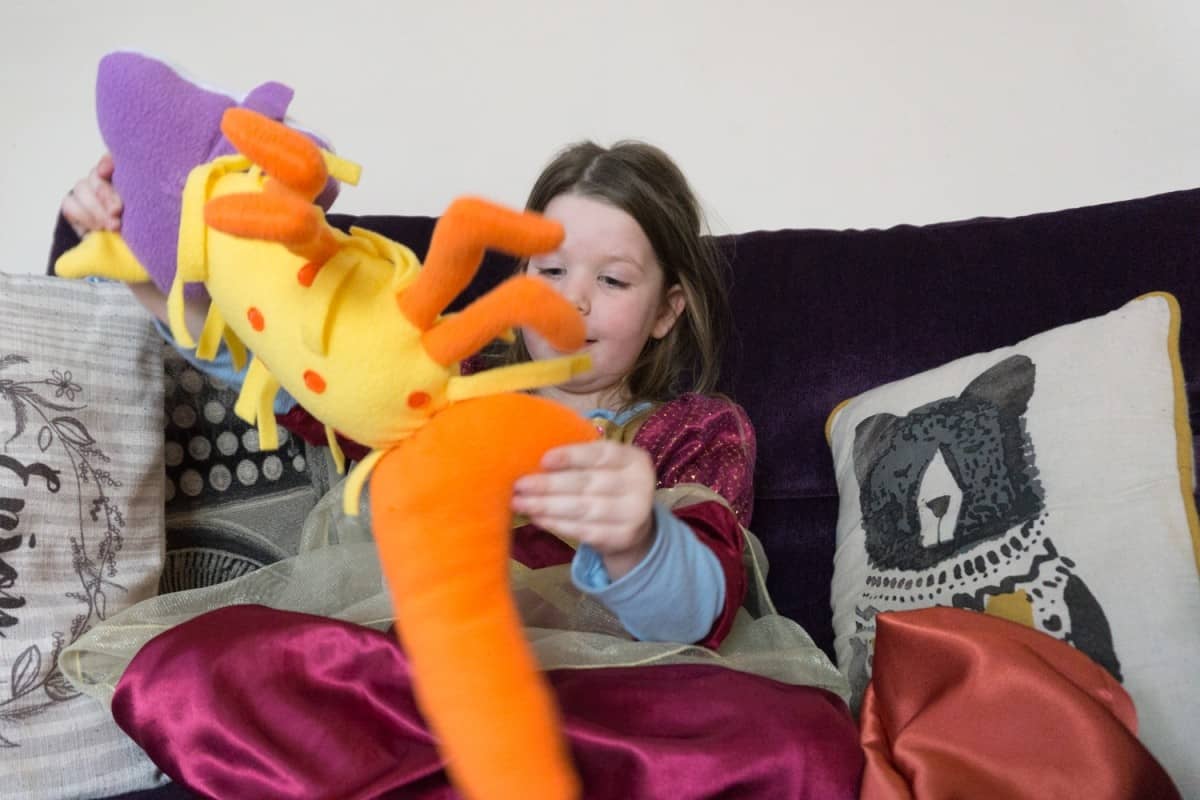 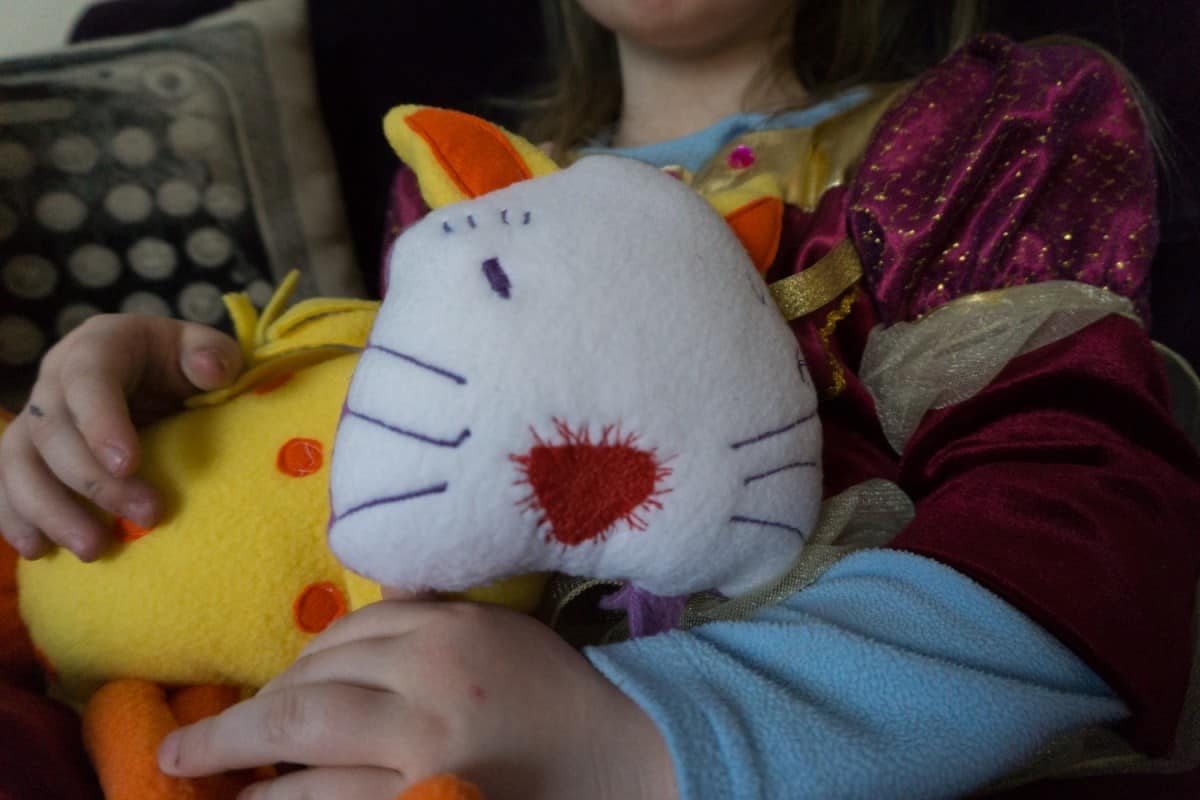 So, back to Athena. She is kind of desperate for a pet, but I think at almost 5 she’s still a bit young to fully appreciate the care and attention a pet needs, I mean, I found her Hatchimal cheeping away to itself under a sofa cushion at the weekend, she’s completely forgotten she was playing with it and it had started signing ‘hatchy birthday’ to itself! However we recently got the chance to sit down and have a chat about the sort of pet she’d love to have thanks to Petplan, and I asked her to draw it. They offered to turn her dream pet into her very own cuddly toy, perfect for a girl who wants a pet but can’t have one just yet… a cuddly toy doesn’t need feeding or walking, and will never get ill! As I said, she’s keen on cats and so that formed the basis of her dream pet, and she loves cats with fluffy tails, so that had to be a feature too.

She’d seen a photo of my old cat Leo who was a ginger tom, so wanted to try and recreate those colours, and then she added spots, because why not? A purple tongue poking out and pink nose and her masterpiece was done! We sent it off to Petplan who turned her paper masterpiece into an exact replica. It arrived in a silky bag, so Athena had a good feel about and then opened it up for a peek at her new pet. It’s a pretty good likeness, don’t you think? She’s called it Daisy! 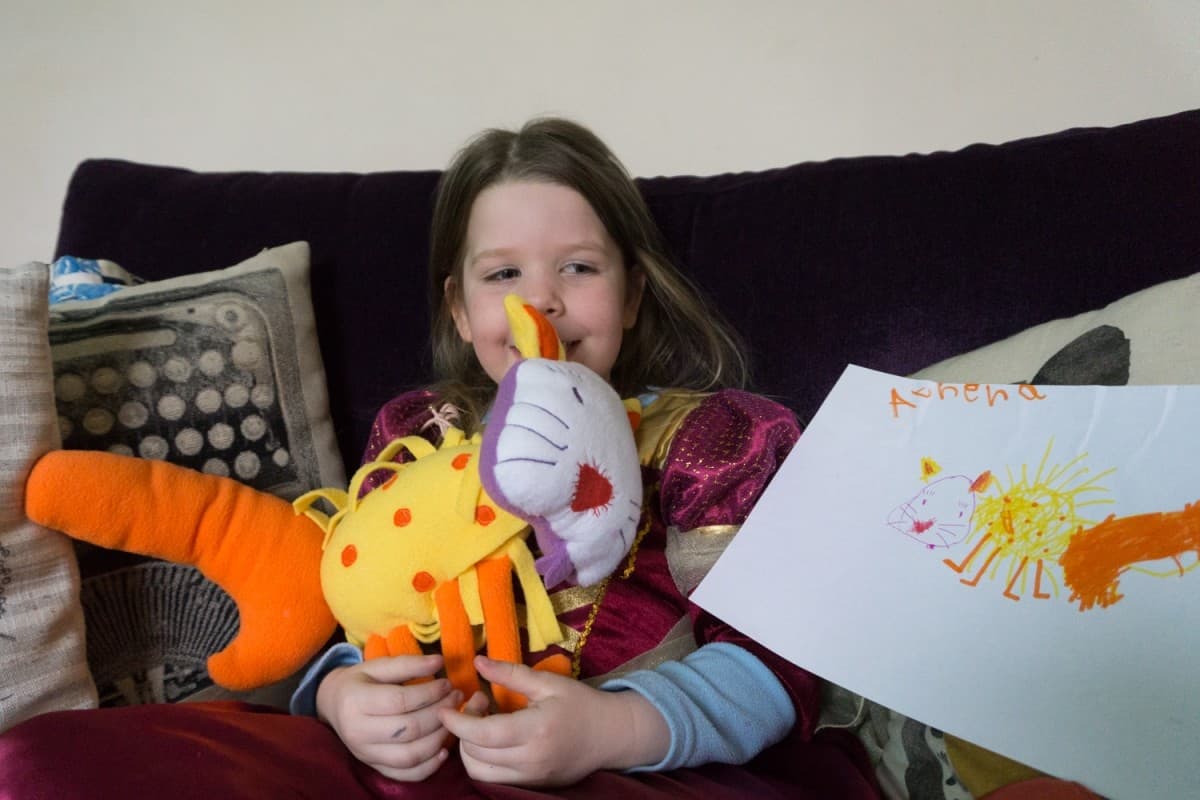 So, when the time comes for us to choose a family pet we’ll be thinking very carefully about the sort of pet we want, and how easy it will be to look after. After all a This post has been possible thanks to Petplan, but all thoughts are my own’pet is a big decision, and they can take up a lot of time, and a lot of money! That’s why you need Pet Insurance from Petplan to give you peace of mind that should your pet get ill or have an accident you’re covered.

You can see Athena discovering ‘Daisy’ for the first time in our vlog from the weekend here!

One thought on “Creating a Dream Pet with PetPlan”