Baths are always a pretty exciting thing in my household, but add colour and a different consistency to usual and you’ve got something thrilling! Gelli Baff and Slime Baff are really easy ways to turn bathtime into a sensory experience that’s really fun! They’re so simple to use, you literally just add the packets to your already run bath! They come in different colours so you can find your kids favourite, or maybe even mix them together though I’m not sure how that would work (but want to give it a try!) 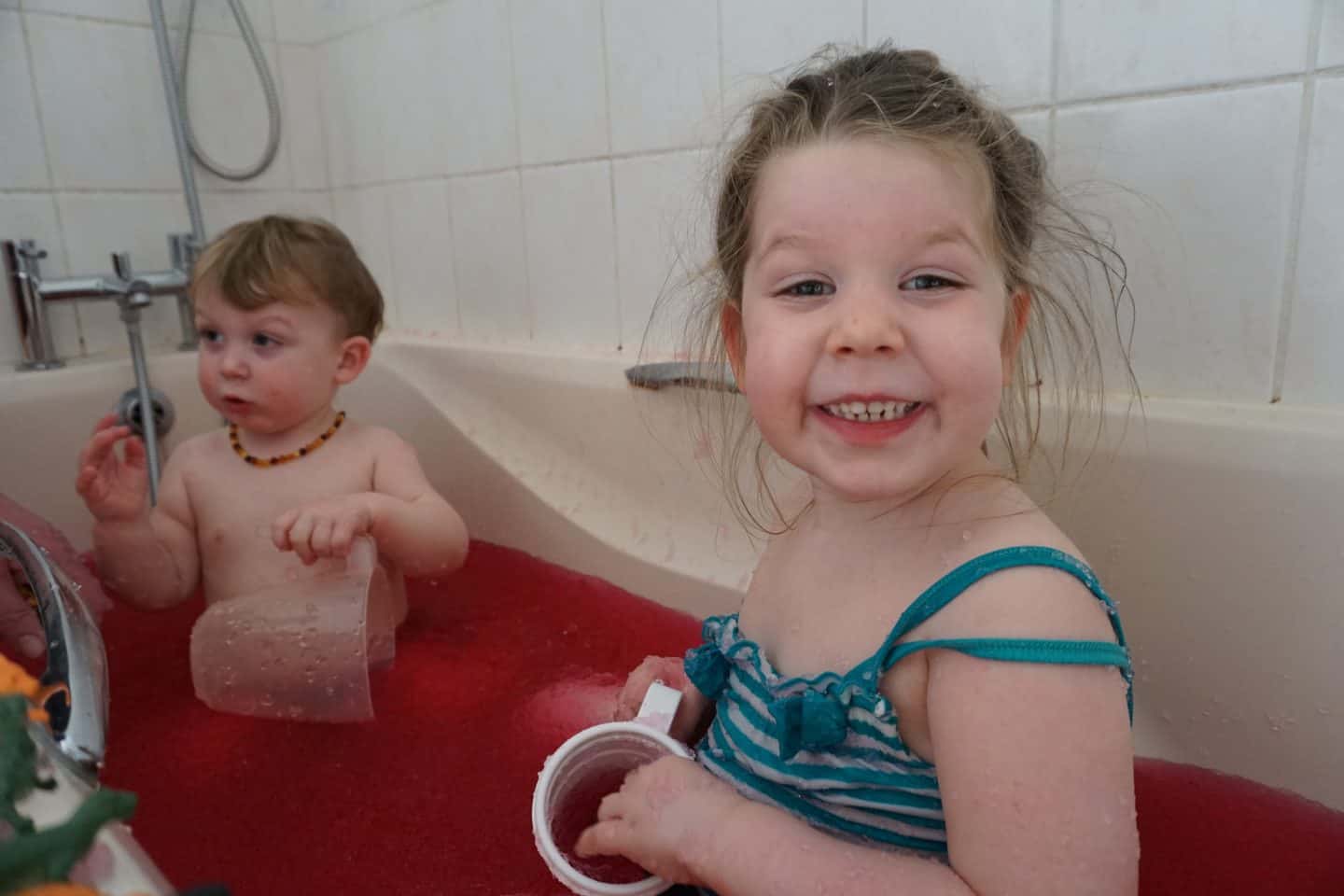 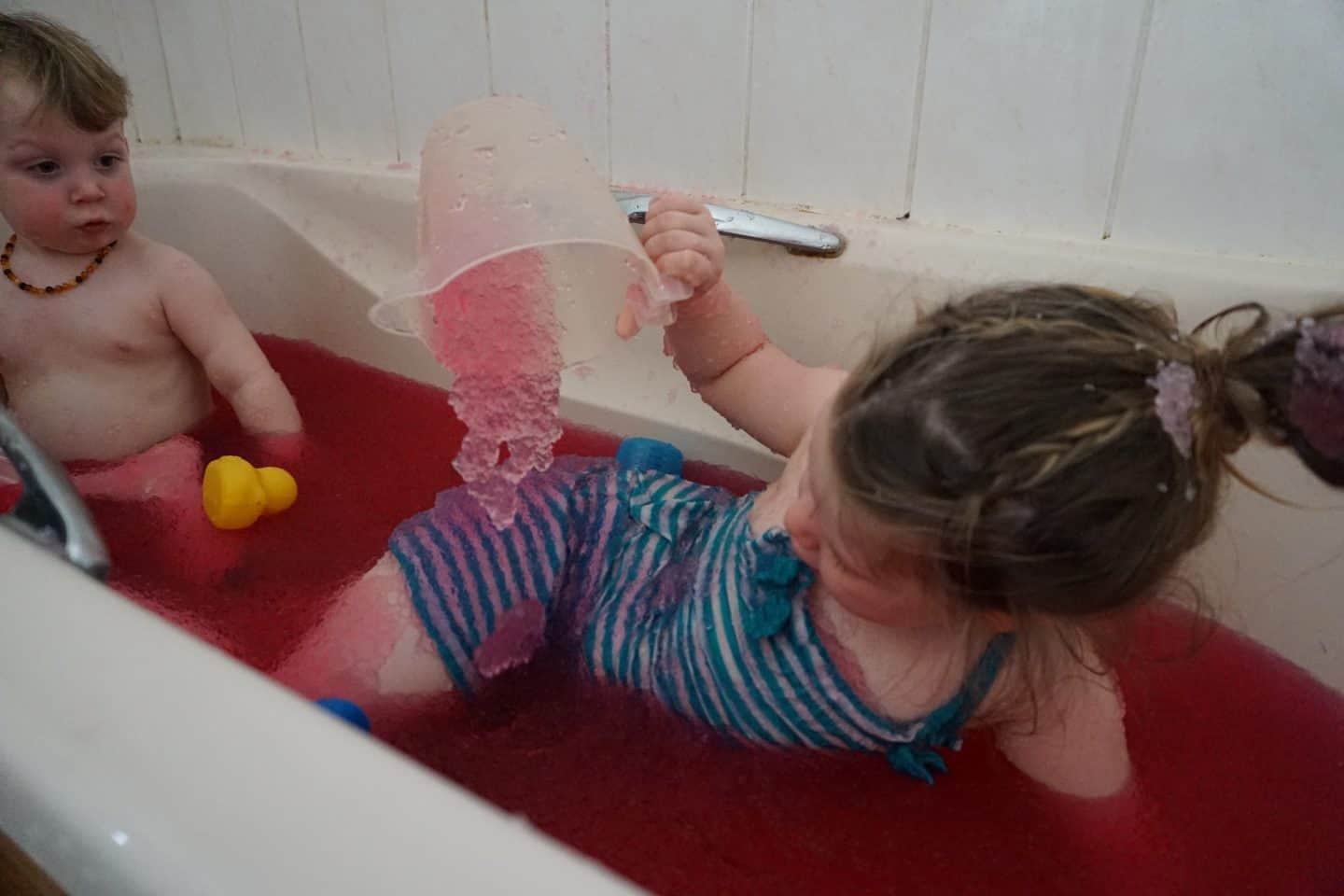 Gelli Baff creates a thick squishy bath, you can see in the video just how thick it is and it’s just so much fun to play with, whether you’re 3 or 33 like me! The viscosity meant that the ‘bath’ retained it’s heat for quite a long time so the kids were able to stay in there for ages squelching about! We chucked a load of little plastic animals in (or rather on, as they sat on the surface!) and they had cups and beakers to play with too. The Gelli Bath thickens up over the first half an hour, and then to get rid of it you sprinkle the second packet in which dissolves it over a short period of time, and then you can just let it drain down the plug hole. 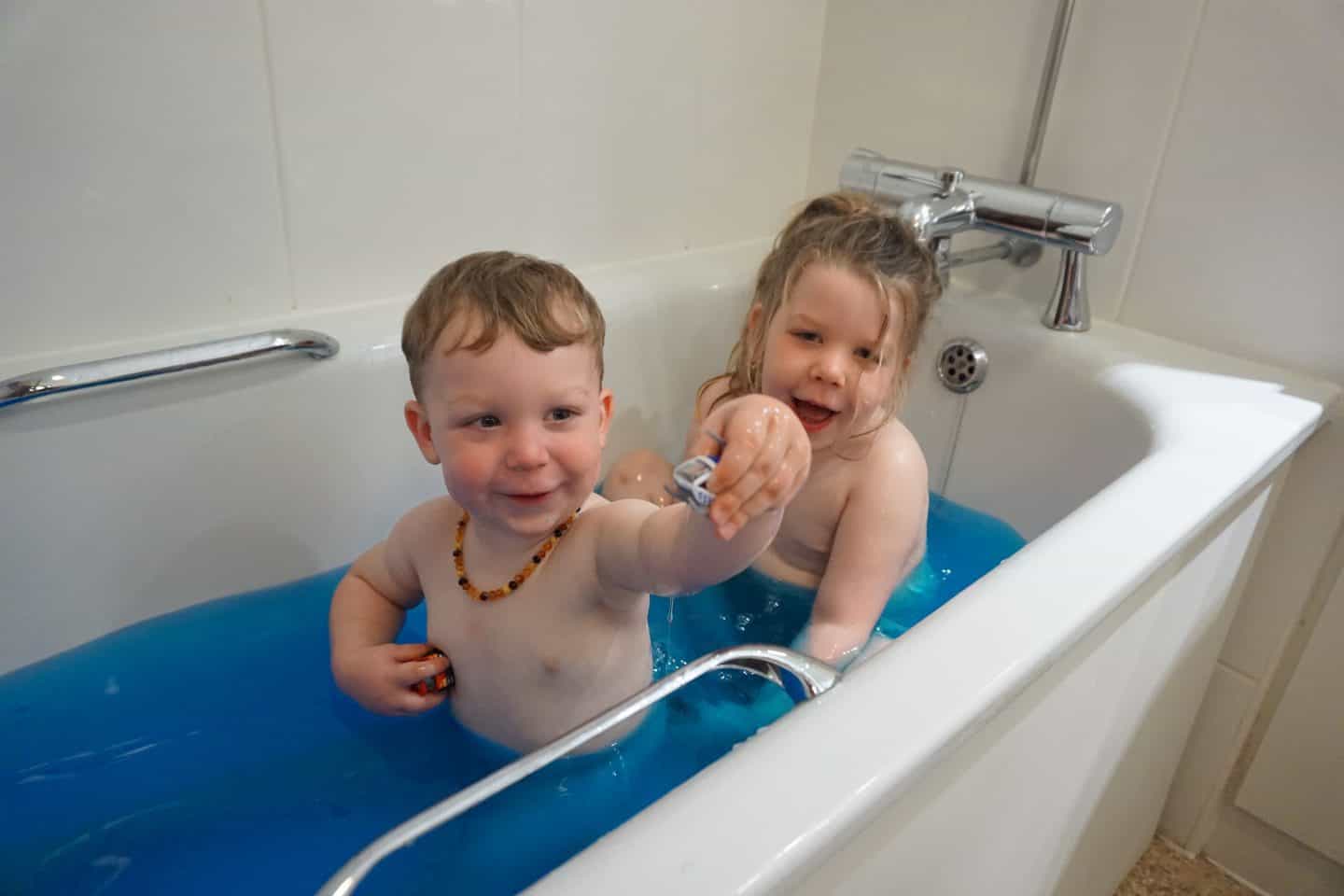 Slime Baff is a little different in that it creates a much finer feeling slime, thicker than water of course but nowhere near as thick as the Gelli Baff. It reminds me of the sort of slime that used to get dropped on people in game shows on kids tv! Again to get a nice slimy bath you sprinkle two packets into the bath and give it a mix, it didn’t take long at all to turn to slime, and this one is able to just be let down the plug hole when you’ve finished! We used the Slime Baff in a hotel with nothing to measure the water with,  so might have put a bit too much water in the bath  than the instructions suggested. It still felt really slimy and getting the kids out was a bit of a mission, not only were they super slippery but they didn’t WANT to get out! Take a look at the little video I made showing how it works and how the kids reacted, Arlo’s little leg is pretty funny!

Gelli Baff, Slime Baff and the other fun things from ZimpliKids  are available on Amazon, as well as most major toy shops. At around £4.99 a pop they’re ideal for birthday presents, rainy day back up toys and any time you want to keep your kids happy! There is a colour changing Gelli Baff, Popping Candy Gelli bath and different scents to!

ZimpliKids who are the folks behind Gelli Baff also make the Chocolate Picture Maker, we have a kit ready to use but I’ve had to limit the amount of chocolate these two are consuming at the moment as we had some chocolate induced moments of insanity over Easter! It looks really fun though, you can make a slab of chocolate with your own picture on! I’m going to save it for an afternoon when it’s just Athena and I at home as I think she has the patience for it, and Arlo definitely doesn’t yet!