We had a super lazy Easter Sunday and Monday, Sam worked on both days and my mum visited on Sunday bringing balloons and chocolate Lindt Bunnies. I was still feeling pretty run down and rough so perfectly happy to have a quiet weekend, and I think we all needed it after a busy couple of weeks just before! I only had one working day this week because of the Easter school holidays, but both kids were at the childminders for a day on Tuesday so I cracked on with as much as I could but worked most evenings this week to make up for it! Considering it’s the holidays we’ve not actually done much, lots of playing, painting and a few sittings of ‘Ballerina’ which is Athena’s new favourite film. I worked all day on Saturday at the Bump & Baby Show in Brighton, it was at The Grand and full of lovely exhibitors, pregnant women and some super cute newborns! I am so broody, especially after holding and feeding Lyndsays gorgeous baby Violet! Why didn’t I take a picture… I could have used it to show Sam how wonderful a 3rd baby would be… 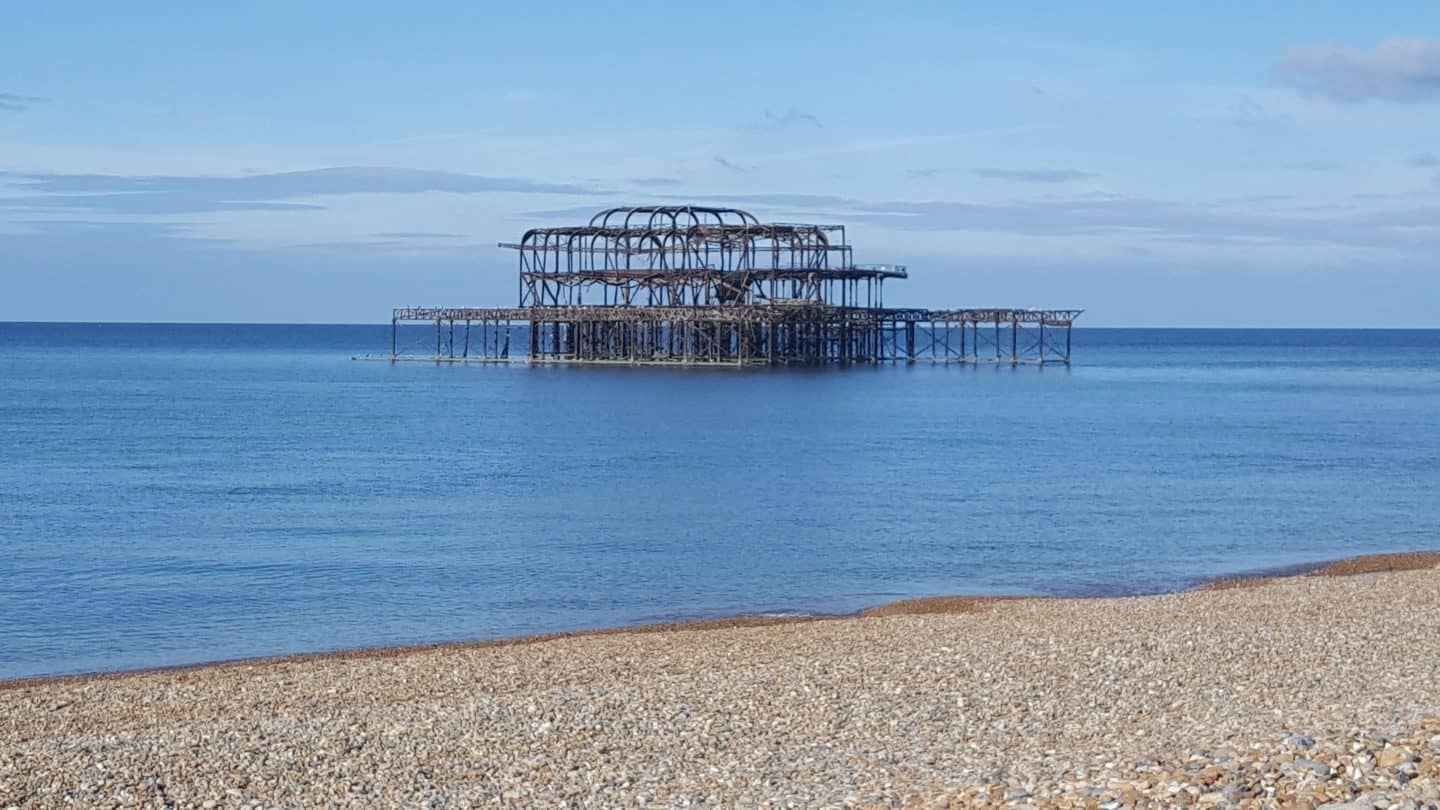 Anyway whilst I was busy there Sam had a day out with the kids, a bootfair and a walk in the woods is what I can find out from Athena this morning, as Sam is at work! Arlo has acquired a new plane toy that is super noisy from somewhere, I imagine the car boot!  Talking of Arlo; cutting out naps in the day completely has meant that bed times are SO much easier, taking around 10 minutes now rather than the previous up to two hours! Now we just need to see if he can fall asleep without us in the room, then he and Athena sharing can commence as he’s still in with us at the moment!

So on to this weeks #LittleLoves…

This week I finished ‘Are we nearly there yet?‘ by Ben Hatch. Its a funny (but also poignant at times) novel about a couple who go on a 5 month long road trip round the UK with a 2 and a 3 year old (can you see why I was attracted to it?) Rather them then me, I say! It explores their relationship with each other, the family dynamic with  husbands dad, with a load of interesting facts along the way about the places they go and the attractions they visit! Oh, and its not fiction, it all actually happened! Plus they live in Brighton. It’s also free on Kindle unlimited if you’re a member!

Not watched a lot of programmes this week, apart from the first three ‘The Good Fight’s which were awesome, though I still miss Alicia!

Film wise Sam and I had a ‘blackout’ night with no phones or distractions on Tuesday and watched Why Him (really funny, and who doesn’t love James Franco?) and Split – err, bloody hell. It was horrible, as you’d expect from a Shyamalan film! Edging on the could actually happen…. maybe and left me feeling so creeped out!

We heard from our local authority that Athena got into her (Well, our) first choice primary school! I was fairly confident we would as it is our catchment school but it was a relief nonetheless! We’ve actually got a holiday booked for the ‘parents information session’ so I need to get in contact with the school and find out if there is a later one. Athena is so excited though, she can’t wait to go to ‘my big school’ and I know she’ll love it too, it has a Forest school and all sorts!

A start on my new career (very flimsy, this connection but hey ho!) anyway I quit my job this week, I have two weeks left then FREEDOM!

STILL nothing new, BUT I did do a little bit of shopping last night so hopefully something new will feature soon! I’m trying to work towards a capsule wardrobe so if you’ve done it or read any good blogs/websites about it do let me know! 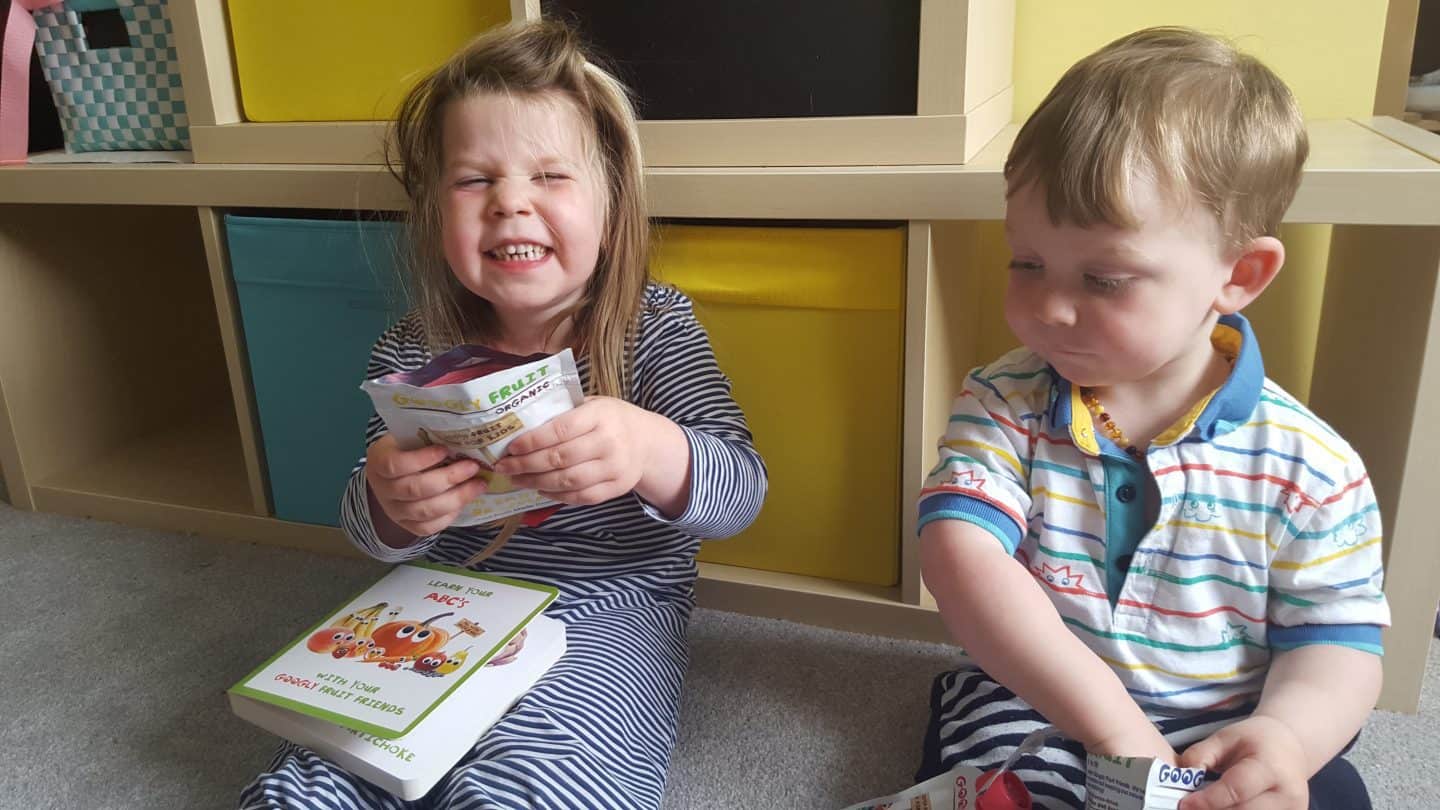 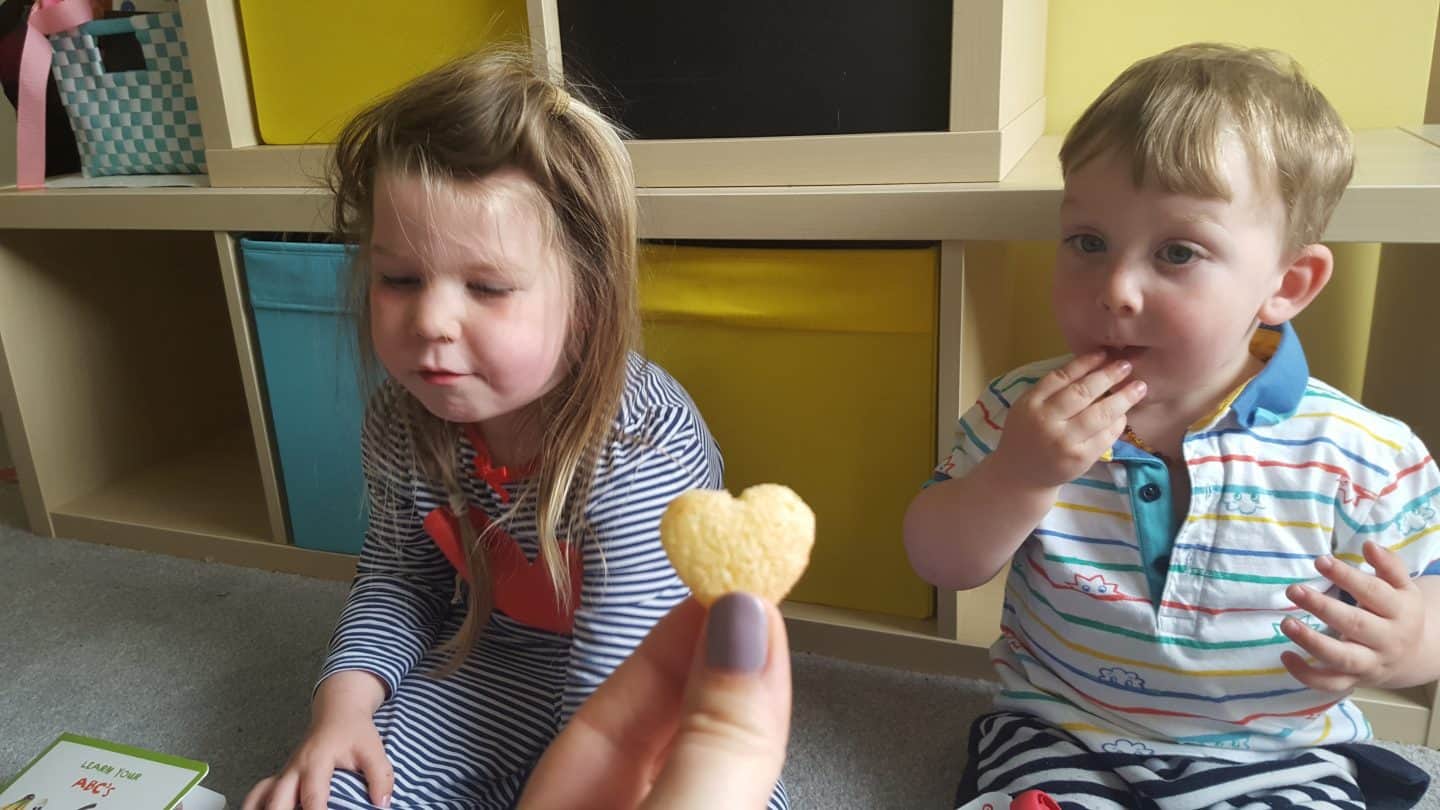 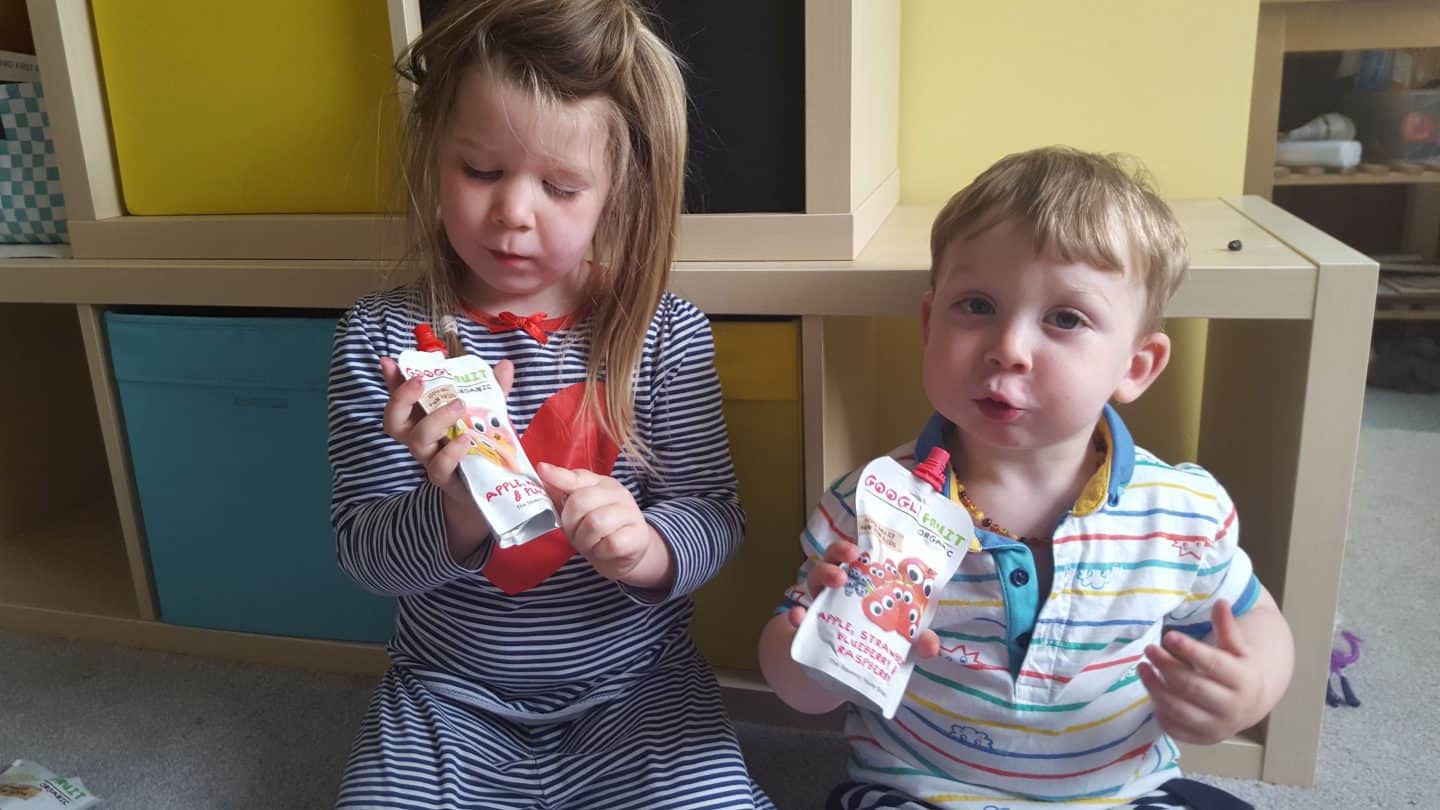 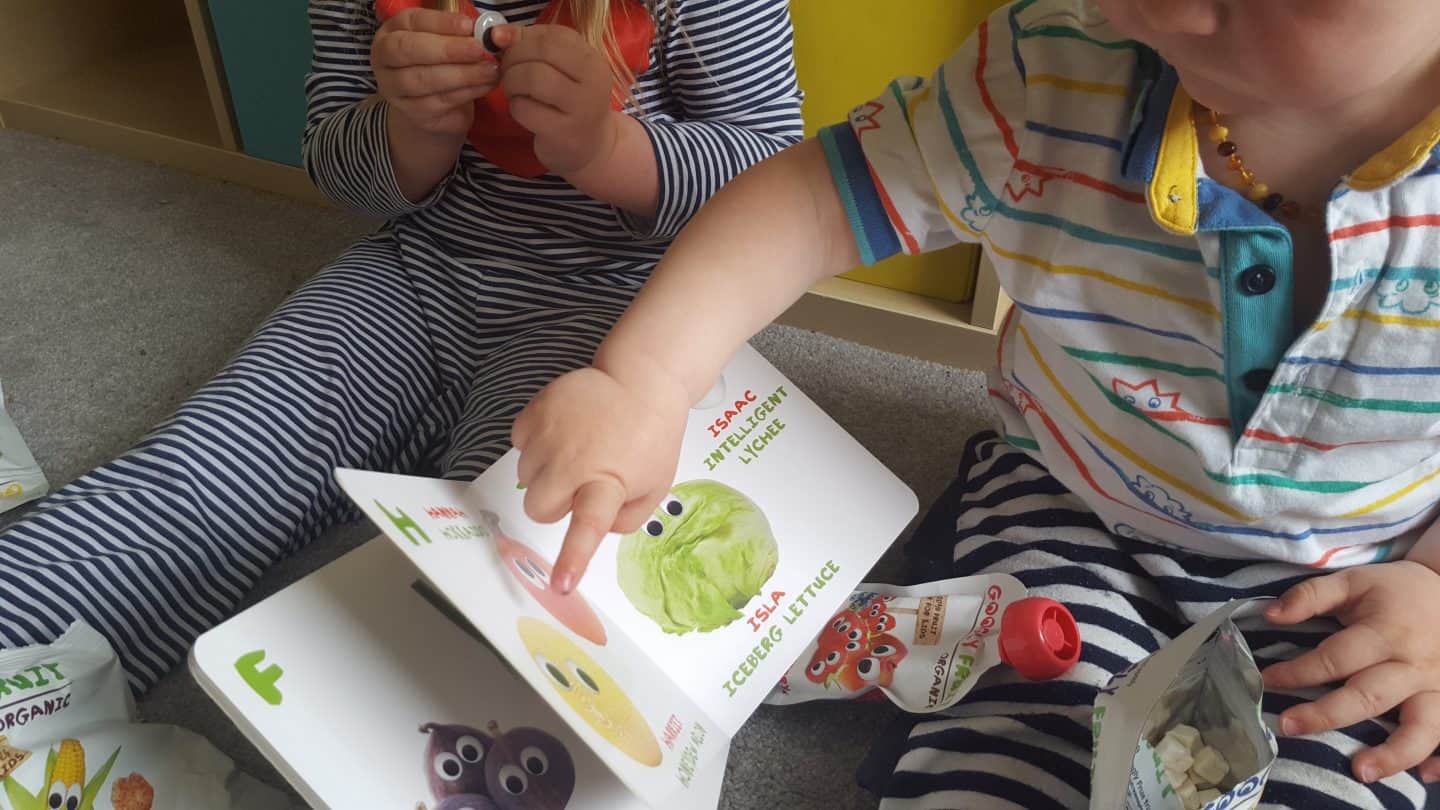 We had a lovely parcel of goodies arrive from Googly Fruit, and not only did we end up with googly eyes dotted around the house and on various toys that actually look pretty cool with eyes on but the kids have loved snacking on tasty treats! They do a range of snacks, from dried fruit (which athena turned her nose up at at first and soon realised they were pretty tasty, to pouches that can be had on their own or added to yogurts or ice cream, which is what we tend to do mostly. They also have super cute heart shaped ‘crisps’ too. Available at Ocado at the moment I really hope these become more widely available, as they’re not expensive for what they are and so much healthier than many snacks aimed at kids! Take a look at their facebook page and their website, lots of ways to help get kids into fruit! The book they sent had a new fruit or veg for every letter of the alphabet, definitely not your normal ABC book! So thanks Googly Fruit for helping my kids want to eat more fruit in fun ways!

8 thoughts on “Stuff on a Sunday – Googly Fruit & School Places”