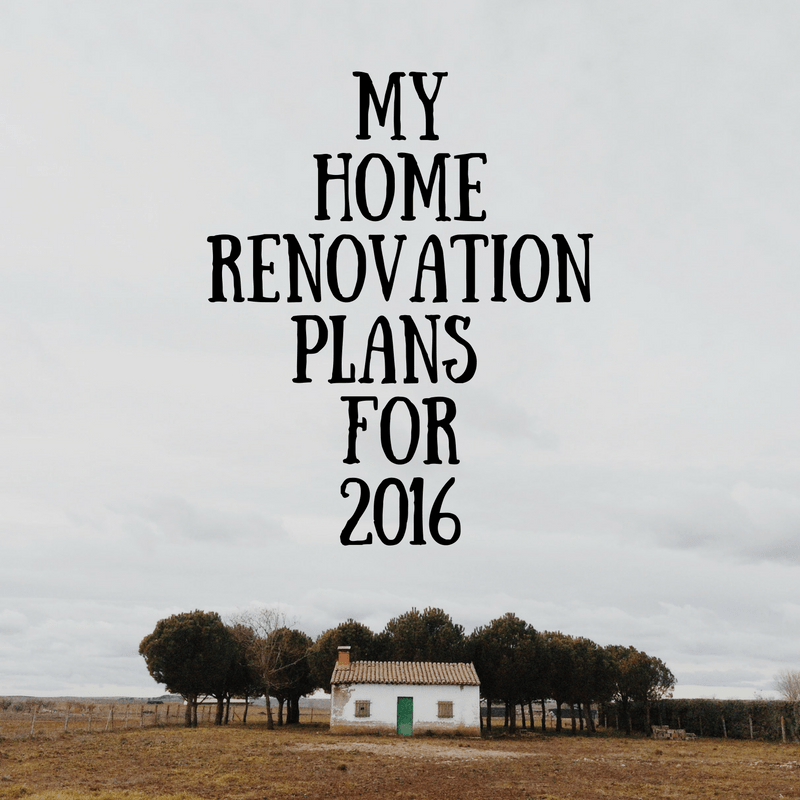 At the end of the year we’ll have been in our home for nine months, which is really more than enough time to have started a few projects and ideally finished one or two! I wanted to record what we have done so far, and what we plan to do in the next year! Our overall aim is to spruce the place up with a view to sell it on for a profit in a few years and upgrade to something bigger.

In the Kitchen we have: Ripped up the lino in the kitchen and replaced it with gorgeous printed vinyl tiles, as well as moving some cupboards around to fit a dishwasher in, and then replacing the cooker and one of the counter tops. We also replaced the hideous strip light with angled lights and upgraded the other light fitting too. Then we put a few extra sockets in with USB charging points too. All the walls were repainted a light sage green. Still to do in the kitchen: replace the other work surface and sink/tap units, repaint the ceiling, sort out tiles or some sort of splash-back behind the hob and maybe paint the unit doors a lighter colour than their current walnut brown.

Externally we plan to have replaced the roof by the end of 2017, doing the oldest part sooner. Both parts of the roof are original according to the leaseholder, but one half of the building was an extension about 20 years later than the original house. It just makes more sense to do them both at the same time, and we’d also like to attempt to get a window put into the bigger of the two attic spaces to enable us to make better use of the space up there, as it is already boarded and seems a waste to use such a big space just for storage… I’d love a little home office up there! We’re also in the process of getting planning permission to replace all the windows that aren’t already double glazed, it’s tricky to get new windows in Brighton and the surrounding areas without needing planning permission as so many homes are period homes or have been split into two or more dwellings, and our home fits both those Categories!

In the Bathroom: So far we’ve put up a nicer mirrored wall cabinet and replaced the shower and taps with a more modern rainfall style shower head. Still left to do: everything else! New flooring, new tiling, new bathroom suit and paint the ceiling! Our bathroom is pretty big and someone in their infinite wisdom in the past decided to tile the whole thing from floor to ceiling, in large cream coloured tiles with flowers on them!

Decor wise we’ve painted the playroom and our bedroom, but would really like to re-plaster both bedrooms and the hallway before painting anymore so we can do it all at the same time. We’ve bought some wallpaper to put up in the living room too at some point, although I’m not sure I’m that keen on it now! I think maybe a heather-grey colour for the walls with cream above the picture rail would work well.

Finally we really need to replace the carpets in the whole house! It was rented out prior to us purchasing it so it’s wall to wall ‘rental brown’ basically! I detest it and would love get a nice thick cream carpet in place, but as Sam reminds me we have two young kids and they do make mess, at least at the moment we don’t have to worry when things get spilt and can use pretty rugs to brighten the place up!

This post was written by myself in association with Newview. All words and opinions are my own