I think I’m lucky in that I’ve only had to visit hospital rarely in my thirty odd years, and apart from two Cesarean sections when I had my children I’ve had three smaller operations; keyhole surgery to remove my appendix, re-setting of my wrist when I broke my arm and last year a colposcopy to remove pre-cancerous cells which was picked up after a smear test.

These operations took place in three different hospitals in two different hospital trusts, and I although I had complications after the cell removal I was able to get help in A&E within a few hours – it was late night so there was no Gynae doctor in the hospital so they got a Obstetrician down to help me out and stitch me up again where I had come un-stitched and to stop the incessant bleeding. Although I defy anyone not to feel vulnerable and scared when they are losing a lot of blood and feeling woozy and unable to stand in case they leak it everywhere, I was made to feel as comfortable as possible given the circumstances, and given that I was laid legs akimbo I was put in a private room with a door that closed rather than a curtain that could be whipped open at any time! 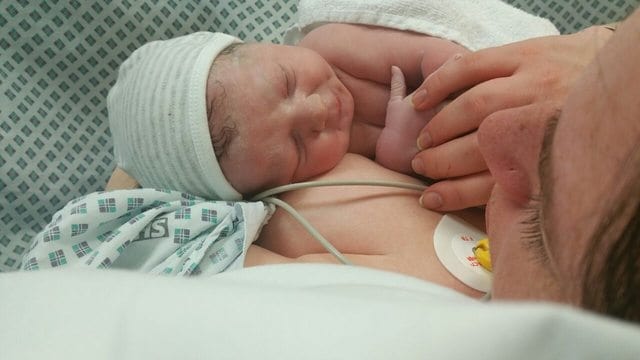 Both my C sections were very different from each other, but as they were planned rather than emergencies this meant that they were fairly relaxed and that I had specified that my first one that took place in a teaching hospital I didn’t mind trainee doctors being present, and they took me up on the offer and we had about 12 medical team in the room in total – but it actually made the time fly as the atmosphere was fun and everyone was chatting, guessing whether or not they were about to pull a girl or a boy out as we hadn’t found out the sex in our scans. I found recovery relatively easy from both C sections too, though of course there is always a risk in any operation that something might go wrong. My friends mum gave birth to him in a hospital in another country in the 80’s and only found out years later that they had left a piece of gauze inside her and it had knitted into her organs, and was causing her issues!

The first thing to do if you do experience a problem with an operation or procedure is to make a complaint direct to your hospital – you can get help via PALs or if you feel it’s more serious speak to someone to see if you have a claim for clinical negligence. If your issue is to do with a birth then there is normally a specialist midwife team for you yo go over any trauma, who will have copies of your notes, and this is especially useful to do if you are pregnant again and making a birth plan. Having passionate nurses is so important, if you are looking to become one, companies like Day Webster can help make that process easier.

What’s your experience of hospitals? And aren’t we lucky to have the NHS and free healthcare!