Last week I spent a hectic week driving round half the UK seeing friends and family, it was a lovely week but we packed a lot in so didn’t really get any ‘down time’ so subsequently I spent this weekend hibernating and feeling exhausted! Sam has his driving test this week though so fingers crossed he passes and we can share the driving in future!

We started off with a trip to see Sam’s aunt, uncle, cousins and their offspring near Winchester on the Saturday (via Gunwharf quays for brunch) which was lovely if a little hectic with 4 kids running riot all day! We were given a sack load of baby clothes and toys from one of Sam’s cousins though, which was very sweet of them! We then headed in torrential rain round the m25 to Colchester to have dinner with one of my best friends (via Lakeside to stock up on unisex babygrows etc at a few shops there!) and her boyfriend cooked us the most amazing roast dinner (he used to be a chef at the Dorchester in London) 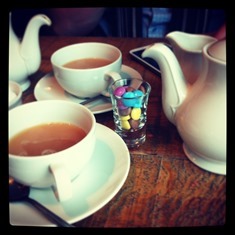 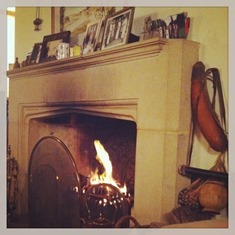 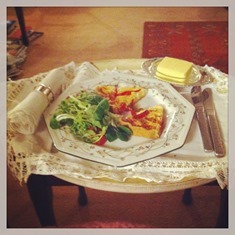 When we toddled out to the car at about 10pm it was under an inch of snow, as were all the roads, and didn’t show any signs of stopping, so we had a slightly treacherous drive in the dark and snow on one of my most hated roads (the none between Ipswich and Norwich, I forget what it’s called) and finally ended up at Sam’s mums house just before midnight.

We spent the rest of the week seeing friends and family (I finally met up with Sophie from ‘Country girl does Norfolk’  who was one of the first people who befriended me on twitter after I started blogging, who is lovelier in person than online, I’m just annoyed that we didn’t spend long together, next time!) and eating lots of food, including Sam cooking a big Chilli & pancakes for 8 people for his birthday meal. We also went to Banham Zoo (in the snow!) on Sam’s birthday, popped in to see his godfather and his vintage sports car collection (And his wife’s cats) 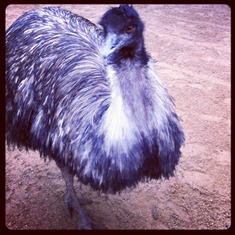 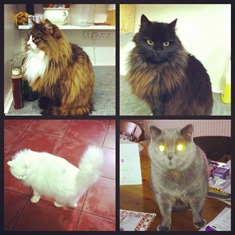 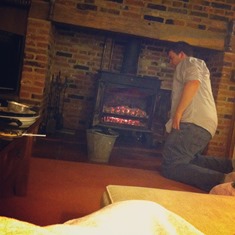 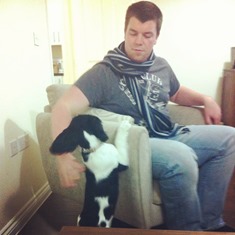 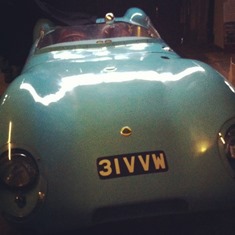 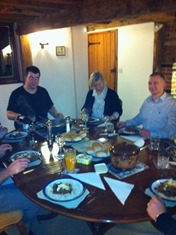 dogs, cars and dinner with friends

We got a fair amount of baby shopping done too whilst we had time together (a rarity given our jobs and working patterns!)  so we’ve ticked off a lot of things, and have pretty much everything we need for the first few weeks of the sprogs life hopefully! Luckily we had a few vouchers for mamas and papas/TK Maxx/ Marks n Sparks, so it didn’t cost us as much as expect,  and it’s all been catalogued in my baby notebook, and stored in the loft for when it’s needed! The next big thing is to sort out whether to move house pre or post baby! You can see my latest pregnancy update on the other blog here (and there is a giveaway running over there too!)

We then managed to get rid of ALL our DVDs (apart from the Friends/Frasier box sets and the HP films) using Music Magpie, and I got rid of 77 DVDs and earned some money, THEN I decided to get rid of ALL my books (apart from a very select few!) so I need to sort out which ones are worth selling and which I can give to friends. Next on the list is to organise all the household paperwork, and then start actually opening envelopes when they arrive instead of ignoring them, and sort out all my craft stuff and store/catalogue it neatly so I know what I’ve got to work with!

As I’ve had a week off work and a little more time to relax,  I’ve been enjoying making ‘proper’ tea as in with a tea pot/strainer etc. I was sent three varieties to try, from Whittard, each in a cute little tin, courtesy of Age UK Contents Insurance. 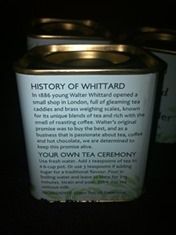 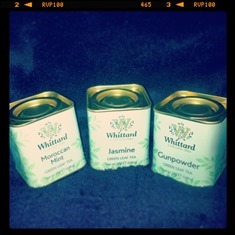 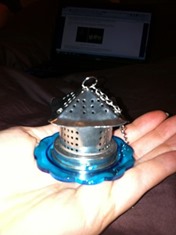 My favourite was Moroccan mint, purely because it reminded me of the strong and sweet Egyptian tea that I had on my Honeymoon, but surprisingly Gunpowder was not as odd as you would expect, kind of smoky in flavour! Jasmine is really refreshing too, and I got to use a gorgeous little house shaped tea strainer that Sophie gave me for a present last year!

And just for chuckles:

I’ve got a couple of nights planned with friends this week, and plan to spend Saturday continuing with the major sort out! Work today was a drain, even though I’ve had a busy week off, it wasn’t quite like being at work! Oh well, 15 weeks till the baby arrives, so 13 or 14 more left at work!
I hope that everyone else is good and happy, I’ve been neglecting blog reading and admit to doing a fair chunk of ‘read all’ because I had so many to read after a week away from the laptop!

6 thoughts on “In which I have a busy week”