On Monday, due to a series of odd events (someone at work was having a heart attack, needed to check out early, was overwhelmed when we gave him a refund when we didn’t have to (how cruel would it be to NOT give him a refund…) so he offered his two theatre tickets to the person who was dealing with him, said person didn’t have anyone to go with, so gave tickets to the boy and I) we ended up going to the Theatre Royal, to see Time Gentlemen, please. (clicky for their promo vid)

We had no idea what it would be like, I hadnt heard of it before I checked the Theatres website, but it was absolutely amazing! They didn’t have a full house, which was a shame, but they certainly didn’t let that affect the brilliant performance they gave. I can only describe it as traditional folk dance meets street dance, with some amazing beatboxing (by a female no less!) along with some sword dancing and some jigging along the way. If you get a chance to go, GO!

Outside the Theatre before the show started there was much merriment with a local Morris Dancing group entertaining the waiting crowds (much to the annoyance of taxi drivers who couldn’t get down the road (even a PCSO didnt get them to stop for the taxi driver… but then they’re not real policemen are they….) Anyway, it turns out that the actual performers in the show get together and approach a local dancing troupe of some variety and asks them to perform outside at each town they perform in before the show, then they get free tickets and a shout out in the show. Nice touch I think. 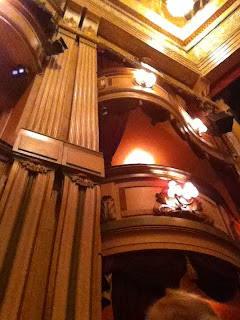 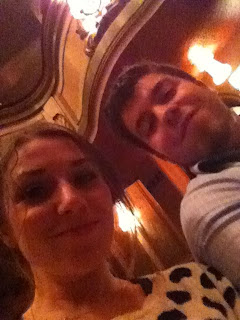 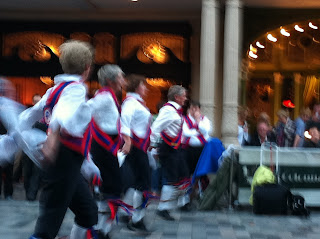 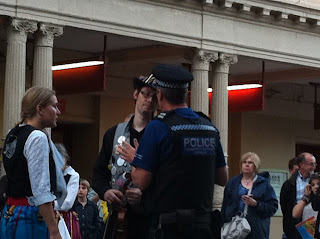 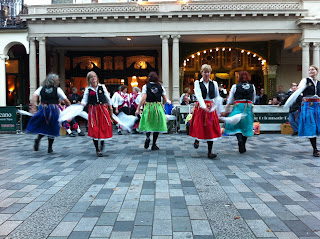 feeling: tired and headachey
doing: in bed with my laptop & a cup of tea
watching: grrracey beatboxing on youtube

2 thoughts on “In which I went to watch some dancing”