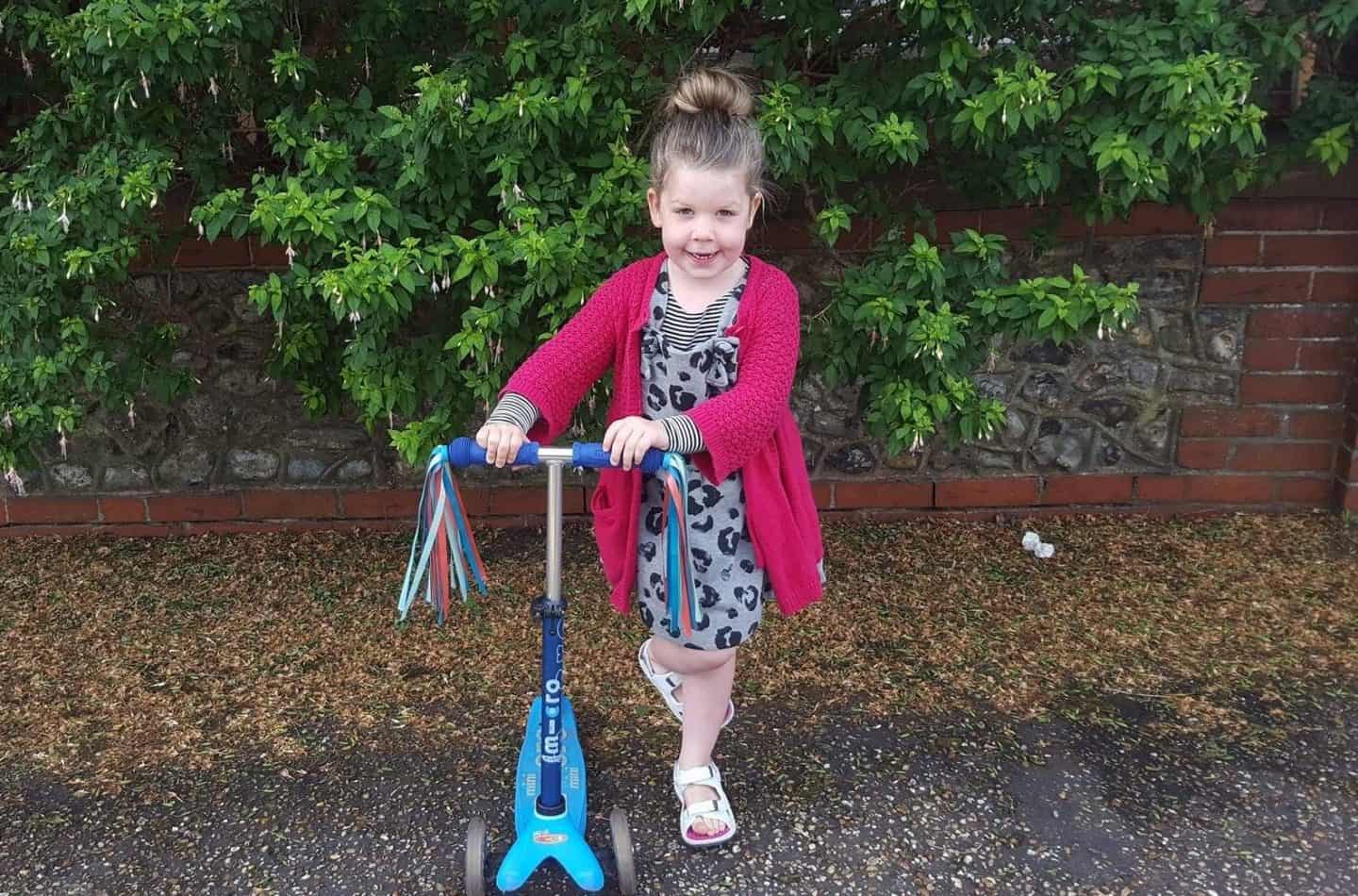 Last year I decided to interview Athena on her third birthday, and carry on doing it each year. She was four on Tuesday, we had a pretty quiet day for her actual birthday but celebrated the three days prior to it by seeing various friends and having meals and days out! Athena is generally a very sweet little person, she’s kind, caring and polite (according to her pre-school, I’m not just singing her praises!) and at home she is mostly lovely to her little brother. Of course she has all the usual preschooler tendencies like selective hearing and bursting into tear at the drop of a hat! I also find it incredibly hard to get a nice smile out of her! She either pulls faces or just grimaces at me!

She’s still a great sleeper, and since I had to cut out naps for Arlo she’s had to drop hers too, but I guess that’s good practise for school in September as she won’t be able to get a mid afternoon nap in then! Talking of school we’ve started preparing her, explaining that some of the things she’s doing now she shouldn’t at school (like picking her nose and not using a knife!) but we’ve actually got no reservations about her starting, even though she’ll be one of the younger ones. Saying that she’s got very little interest in writing or numbers, she can copy her name out if you write it for her and recognise a few letters and numbers but that’s about it. To be honest though I’m not that fussed as I know that when she’s in a class of friends learning she’ll hopefully want to join in! 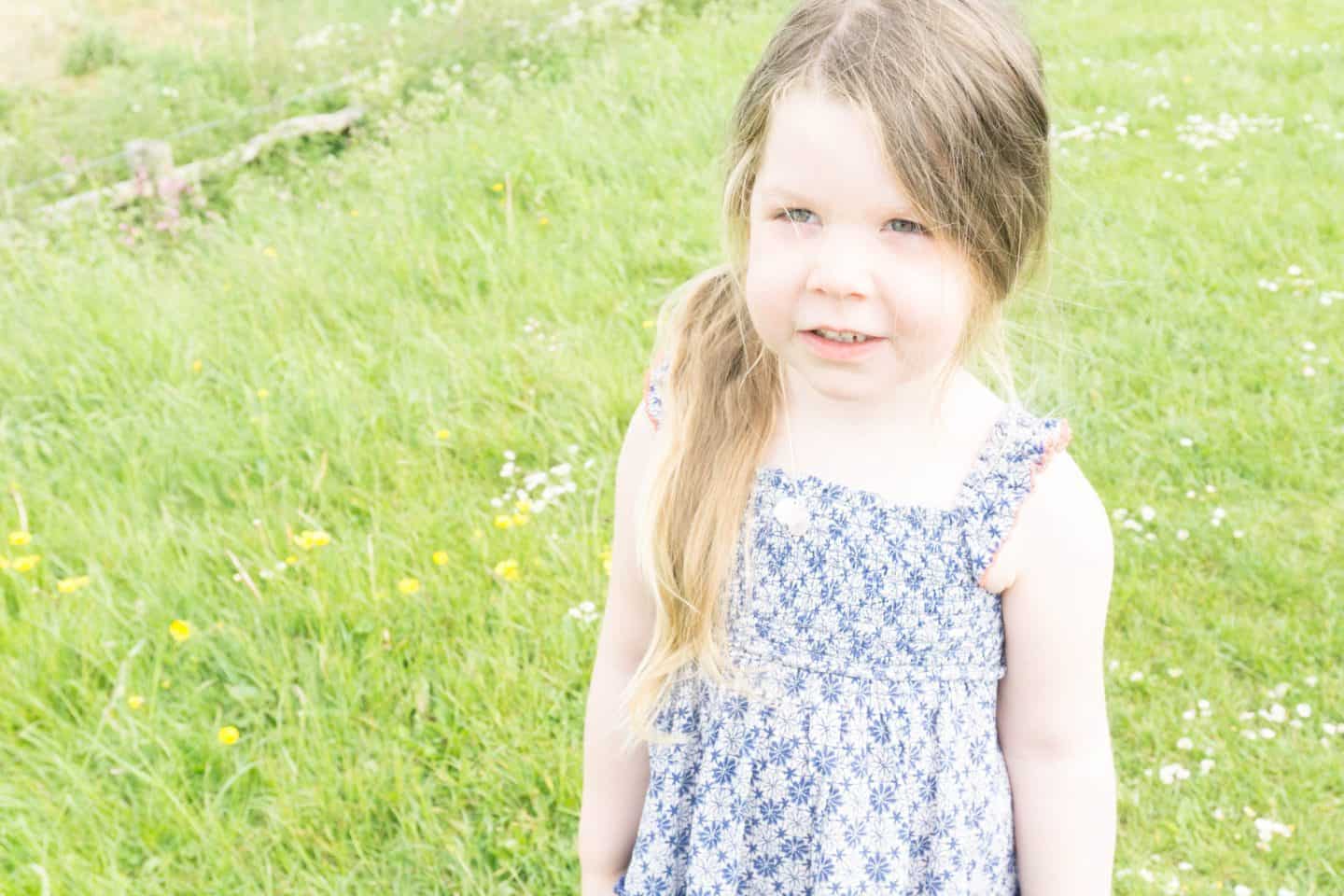 She’s still a fairly fussy eater, i’m hoping that cooked school dinners will help with that I hope, especially when she’s sat with friends who are all hopefully eating! She’ll get hungry pretty fast if she doesn’t eat lunch too! She’s got an endless appetite for breakfast, often having two! 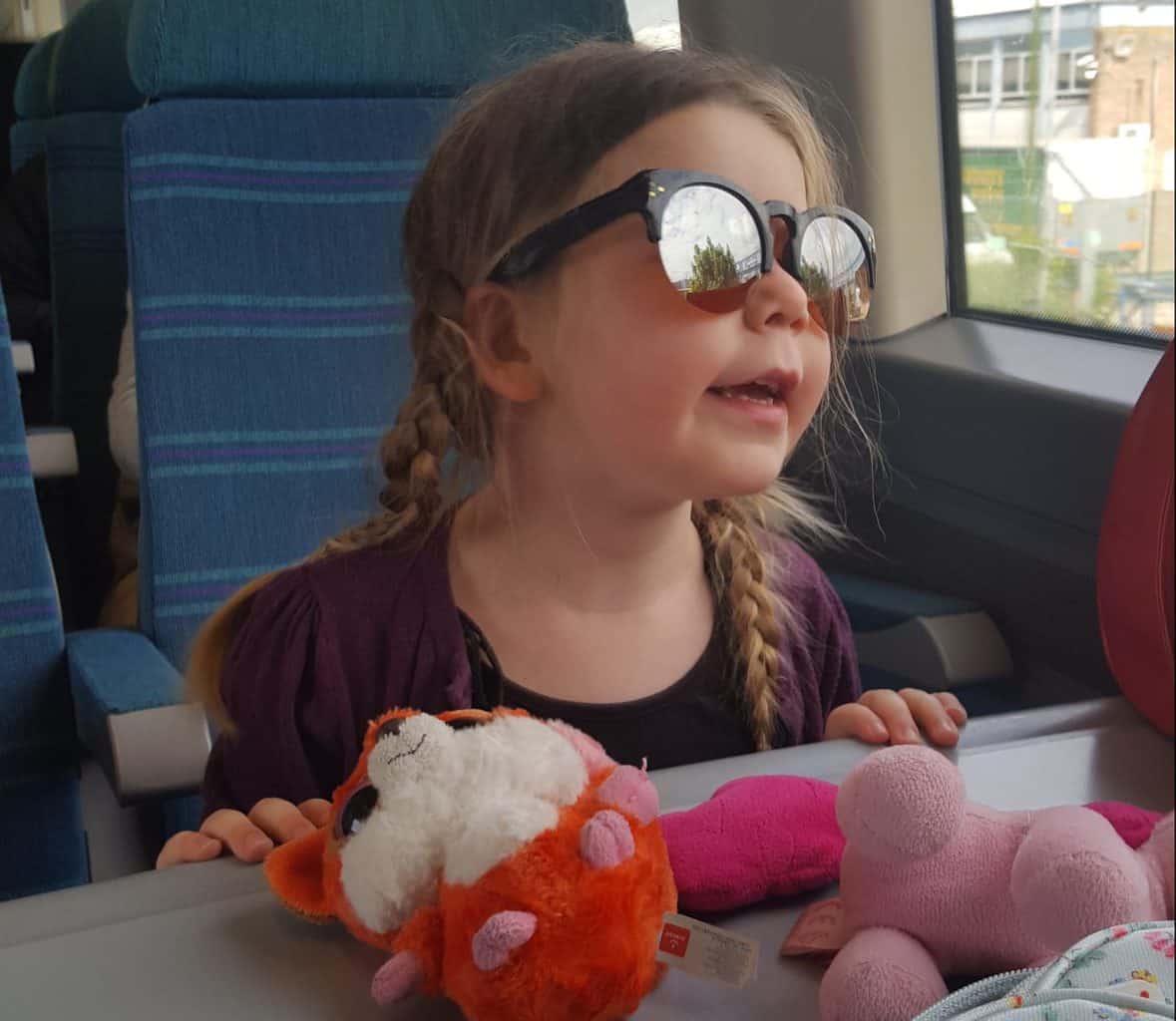 Athena is pretty tall, I couldn’t tell you exactly how high but she’s wearing age 4-5 or 5-6 clothes depending on brand and has size 10 feet! She’s starting to slim down a little but she’s definitely nowhere near skinny! Her hair is super long still, down to her bum (she has to move it out of the way when she goes to the loo!) but I think i’ll get the ends trimmed before she starts school just to neaten it up a bit! People are always amazed when I say she’s never had it cut, is it really that strange? Her lovely baby-blonde ends – I’m reluctant to get them chopped off!

Her favourite things are: going to the beach, playing with friends, the movies Trolls and Sing (finally we’ve got bored of Frozen!) painting, playdoh and baths. 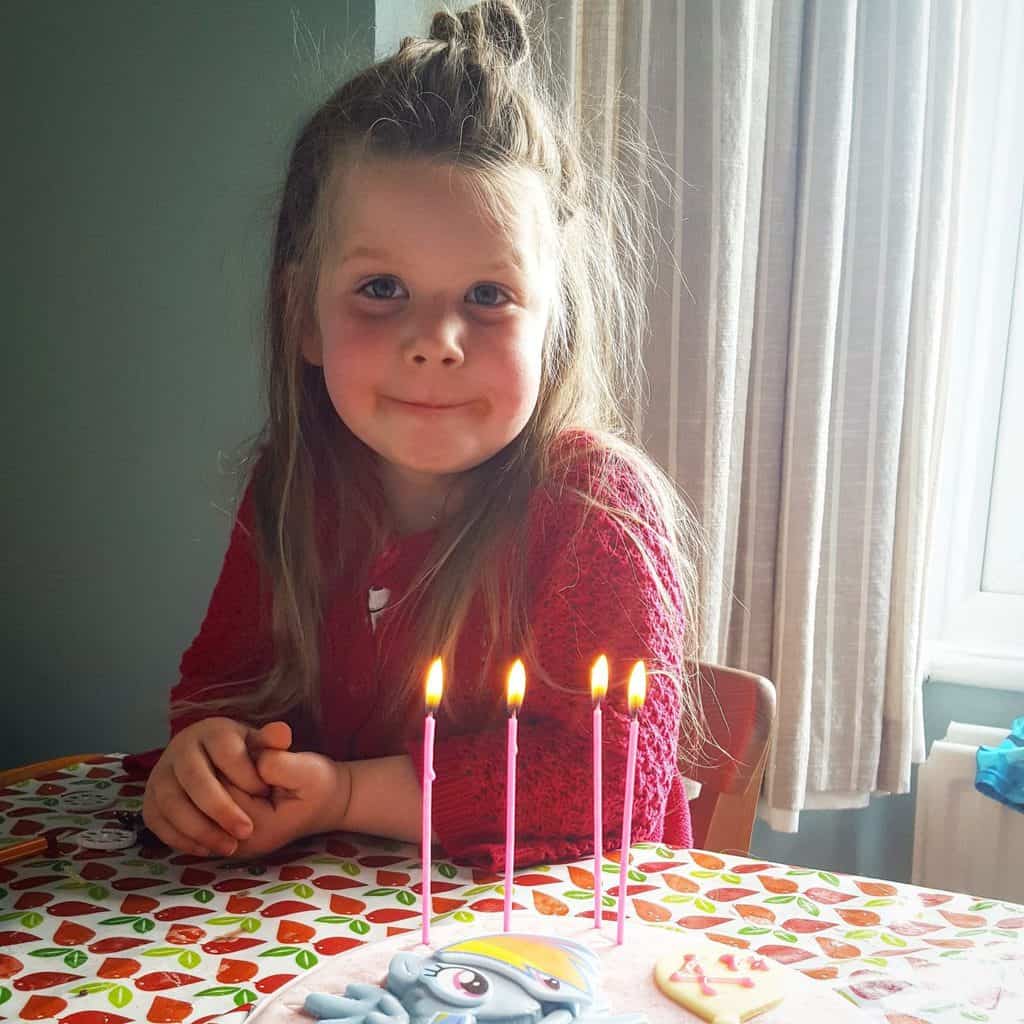 So on to the questions:

What’s your name? (tells me full name with both middle names too)
How old are you? 3 – four next week!
When is your birthday? 6th of June!
What present do you want for your birthday?  a ball and a ring [easily pleased!]
How old is mummy? I don’t know, 10?
How old is daddy? four!
What’s your favorite colour? Umm pink!
What’s your favorite food? cheesy pasta!
Who’s your best friend? Macie-bella and Faye and Jecca
What’s your favorite tv show? paw papole (paw patrol) and uni zoomi and dapunzel [rapunzel]
What’s your favorite movie? Moana and Sing
What’s your favorite song? “I’ve been staring at the edge of the water’ [sings a tuneless rendition]
What’s your favorite animal? cats!
What are you scared of? I’m scared of monsters
What makes you happy? Princesses and cuddles
What is something I always say to you? ‘go to sleep’
Who do you love? Arlo
What have you learnt recently? Don’t put toys in your mouth, or in other peoples mouths
What makes mummy sad? hurting and shouting at you
What makes mummy happy? Cuddles and kisses biscuits [she’s not wrong!]
How do I make you laugh? When you’re silly and when you’re tickling
What was I like when I was a little girl? you were a baby
What does Daddy like doing? working, daddy loves working [he doesn’t love it that much!]
What do I do when you’re not around? go to work?
What do I do for a job? err, on your tablet at home and laptop
What do you enjoy doing with mummy and daddy? Painting and playdohing and parking [I think she means going to the park]

If you’ve got a four year old are they similar to Athena at all?

One thought on “Interviewing Athena at Four”