I’m a big believer in Karma, I feel like although you shouldn’t necessarily do a good deed to receive one you seem to be more likely to be on the end of something favourable if you do! Whenever something nice happens to me, I often feel like it’s because I’ve done something nice for someone else. It’s always nice to hear someone say thank you with complete surprise, because they weren’t expecting you to do anything, or see a lovely wide grin out of the blue! In the past few weeks I’ve been attempting to make more space in our house by passing on things to people who could use them more. Things like bags of kids books to the local charity shop, toys that we’ve barely used or had to review to get passed round the local child minders so the mindees get different things to play with on rotation. The kids also like to stop and listen (and dance!) to buskers in town, so I always make sure I have some coins for them to give them and to homeless people too. Athena is getting to that age where she’s asking a lot of questions about why people are living on the streets which is always a tricky subject to discuss! Anyway, as a mum I feel like it’s my responsibility to teach kindness and good will to my children, to get them to understand that kindness is something that should be normal, not extra special. Karma isn’t something that is a given though, but hopefully it happens if you do enough nice things!

One amazing example of Karma comes from Lucy: An example of Karma at work is definitely the day my dad was saved by a defibrillator in a walk in centre which he commissioned. The other project managers didn’t think it needed one as was next to main hospital building but he insisted as felt it could save many lives. 6 months later he flatlined in said walk in centre in front of the doc and the defibrillator saved his life! 8 years later and he’s still with us!! You can read more about that here.

Another amazing example of people doing good things out of the goodness of their own heart is Hannah. She runs a small business called Apples & Pips, and wants to use it as a platform for kindness, so 10% of my profits are donated to MAMA Academy. She’s been giving out little notes of positivity and vouchers for Apples & Pips as gift to parents and remind them that they’re fab! She’d love to get little ‘Random acts of Kindness’ tribes across the country to help her spread it further!

If you want to find out how kind-hearted you are, and perhaps pick up some ideas of how you can spread a little happiness by doing things for other people then take a look at The Karma Calculator by TrustTwo. I did it and am apparently a ‘Karma Queen’! I was happy with that, though I definitely go through more charitable periods in some months than others! 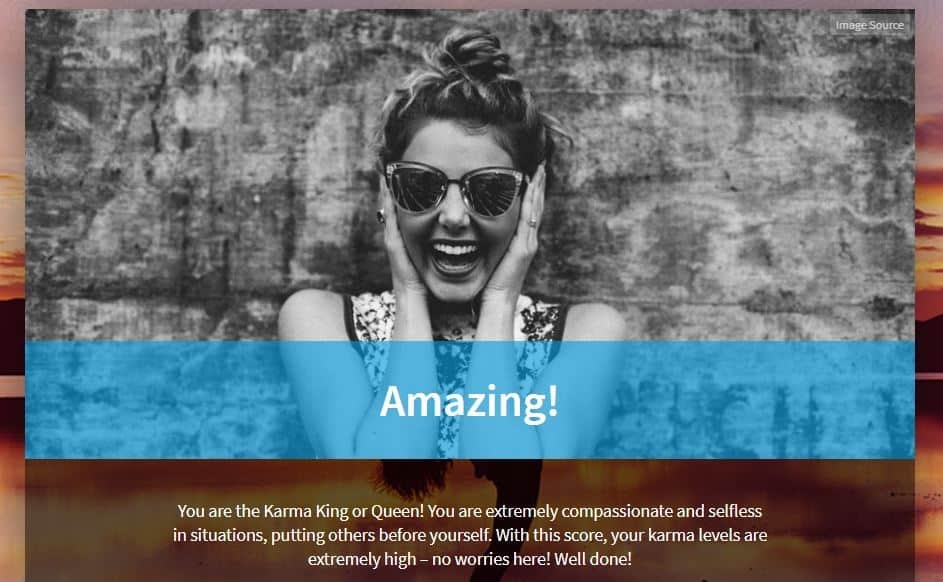