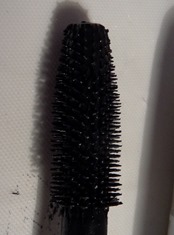 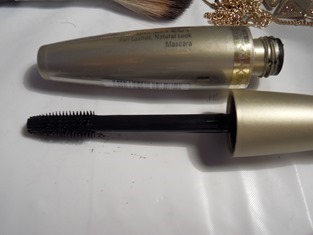 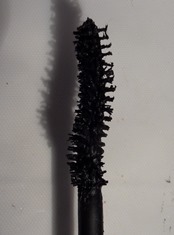 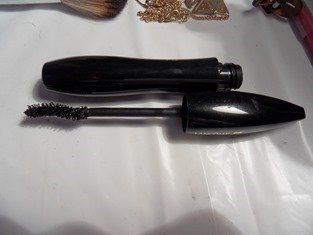 I am a dedicated hypnose drama user. It might be pricey but bloody hell does it produce thick black lashes! I once bought regular hypnose when drama was out of stock and regretted it a bit, I had to use more coats to get the same effect and ended up with crispy lashes. My tube is starting to dry up a little now so I thought I should try a cheaper alternative as maternity pay does not many hypnose dramas buy… I went for the Max Factor as there was an offer on and I bought my normal summer foundation too (will review that soon) so the mascara was half price… I chose this mascara for the wand mainly as I like a good thick brush, however I probably wouldn’t have gone for this if I’d realised the bristles were rubber as I’ve found them a bit ‘meh’ in the past… anyway, here is naked/one coat/two coats, with a different mascara on each eye. I don’t bother with eyelash curlers before application.

The eye on the left of your screen is Lancôme, and you can easily see that it creates fuller longer lashes even after one coat.

I’ve used the MaxFactor mascara about 5 or 6 times now and although it does give thicker fuller lashes I have to use a good few coats to get anywhere near the effect I’m after (and that I get with one coat of Hypnose Drama) I think perhaps I need to use it a little longer, to give it time to ‘dry out’ and be less runny, if you know what I mean… new mascaras are always better after a week or two as the consistency gets better, just me? Also it’s really tricky to do your lower lashes with the chunky max factor wand, whereas the drama wand bristles allow you to coat the lower lashes if you’re a bit more careful/use it end on, because the bristles aren’t rubber are are therefore finer. I’m not one for a separate lower lash mascara really, mostly my makeup is applied in a rush between a feed or a nappy change so the less things I have to unscrew the better, and I’m not wearing it at all in the pictures above, fyi.

Verdict: Lancôme Drama wins hands down, but if you wanted a slightly better than natural look as opposed to thick black dramatic lashes (like me) then the max Factor would do perfectly, and is also less than a third of the price if you work it out per ml! You can often get boxes of two around Christmas time at Lancôme counters, generally saving around £10.

Any other high street contenders out there?