February has been a funny one for us all, it seems to have dragged too. For some reason the lack of sleep I’m getting has really started to affect my day to day life. I find myself making wrong turns in the car when I know exactly where I should be going, snapping more and forgetting what i’m saying half way through sentences. I was ill for a couple of days at the start of the month, and then obviously passed it on to Arlo was vomiting on and off for a week. Athena thankfully remained unscathed, as did Sam.

I also started back at my day job/out of the house job after ten months of maternity leave, which I actually really enjoyed (I wrote a bit more about it here) and Sam enjoyed spending a whole day with the kids so much that he did it again yesterday so that I could head out for the day baby free and see a friend, wearing something from that rarely opened drawer of clothes that I can’t breastfeed in.

Athena has been mostly absolutely lovely but a few tantrums have started to creep in, generally they’re quite easily dealt with but on days when I am really tired I know I don’t have as much patience as I should. Parenting is a journey though and I’m trying to learn different ways of coping! She also got knocked over in the street by a lady and her gigantic hand bag and fell right onto her face (learnt a valuable lesson about having her hands in her pockets there!) so has a fat lip and a few grazes and damaged her upper lip tie a little. From the amount of blood she leaked I thought it had completely split but now it’s not so sore she’s let me look at it and its still intact.

Our photo this week is just a quick snap from yesterday morning, I really need to learn how to take in-focus pictures using the timer! 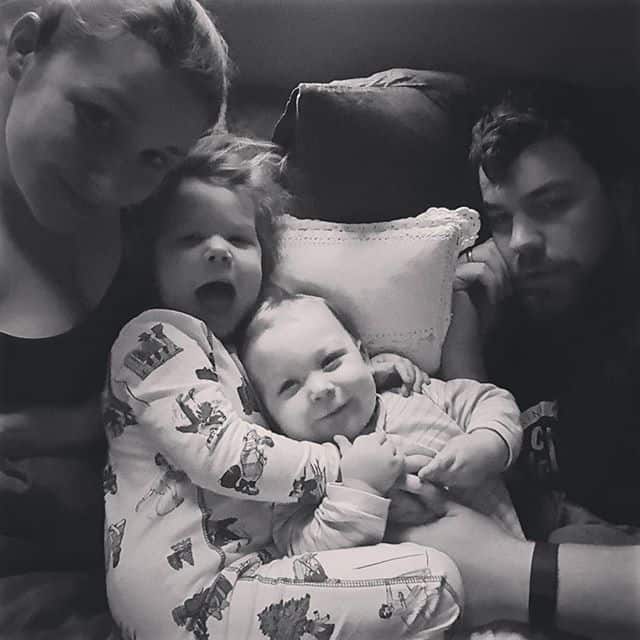 8 thoughts on “Me & Mine February”