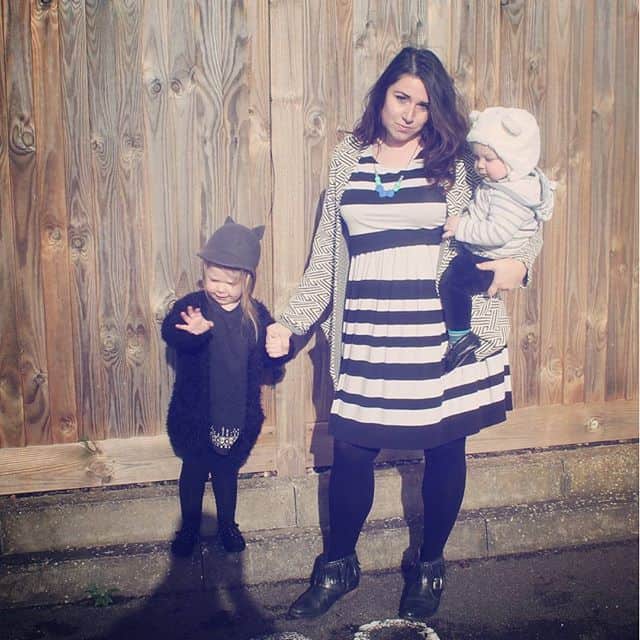 I’ve been a ‘mother of two’ for just over a year now, and amazingly have managed to keep everyone alive, health(ish) and happy (mostly). I can’t say it’s been a breeze, because some days it’s been really bloody difficult. My top three sentences in the last year have been:

I mutter this more than five times a day probably, mostly under my breath but sometimes an audible one escapes. Reasons I’ve said it in the last week are;

Muttering ‘For fucks sake’ under my breath (ish) does mean that I don’t shout at the kids though, which is the main thing, although Athena is probably going to start saying it soon so I really should stop!

Gentle… gentle…. GENTLE PLEASE! What did I just say?!?!

Normally aimed at Athena who does not have the most gentle of touches when it comes to her brother/books/strange cats on the streets. She’s often caught pinching him a bit too hard or ‘hugging’ him but actually putting him in an arm lock so his face goes a bit blue… Now it’s being aimed at Arlo too as he reaches out and bashes my face, pinches my neck or boobs or grabs a handful of hair and pulls.

Finally my new personal mantra: ‘This too shall pass’. I’m tempted to get it as my next tattoo somewhere but for now I’ve made it as a bracelet so I can catch sight of it when I need a virtual hug.

This last year has been tricky and exhausting, there’s no denying that. It’s such a change going from one baby to two. Athena was a very different baby to Arlo too and in fact I think had she been more like Arlo we wouldn’t have had another baby so close in age. Arlo is a lot more dependent on me, he screams when I leave the room, or for a huge variety of other reasons. He doesn’t sleep for more than three hours in one go (and that’s the upper limit) and wont drink milk from a bottle so relies on my boobs to lull him to sleep for naps and bedtime. He also won’t sleep apart from me, and likes to starfish in the middle of the bed with Sam and I squashed at either side. 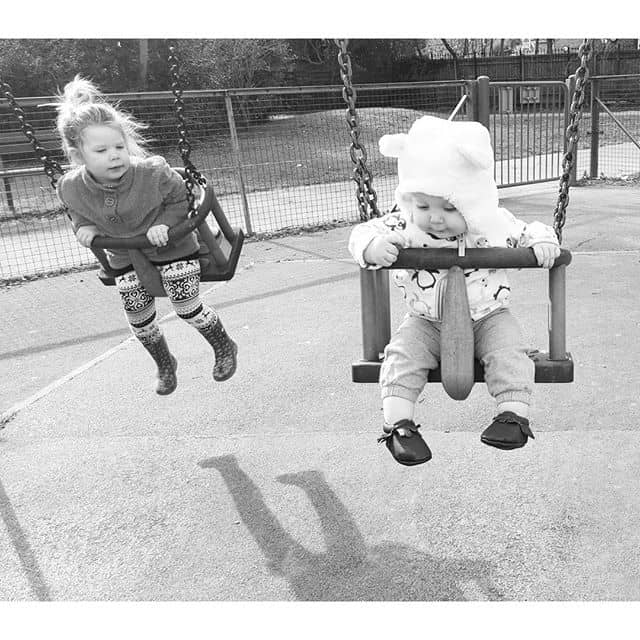 But however tricky and exhausting it has been the special, magical moments far outweigh the troublesome times. The way my two play peekaboo round the cereal box at breakfast, when Athena tries to help stop Arlo crying by singing ‘The Arlo Song’ to him. The way he watches her intently when she’s playing then tries to copy. The way she strokes his hair when he’s asleep or feeding and she’s tired too. I really hope that their bond just gets stronger and stronger as they grow up, I often find myself day dreaming to months or even years down the line and have visions of them running round together at the park, or at a Zoo… and it makes my heart go fuzzy. So yes, this year has been hard, there have been days when all I want to do is hide under the duvet on my own and sleep for a thousand hours. I’ve lost my temper, I’ve raised my voice and I hate myself for it every time, but I know that these times wont last forever and that it is getting easier as every day goes past.

Time for a third….? No, we can’t afford it and we’ve nowhere to put it either!

15 thoughts on “Reflecting on a year of being a mum of two, or “for f*cks sake””