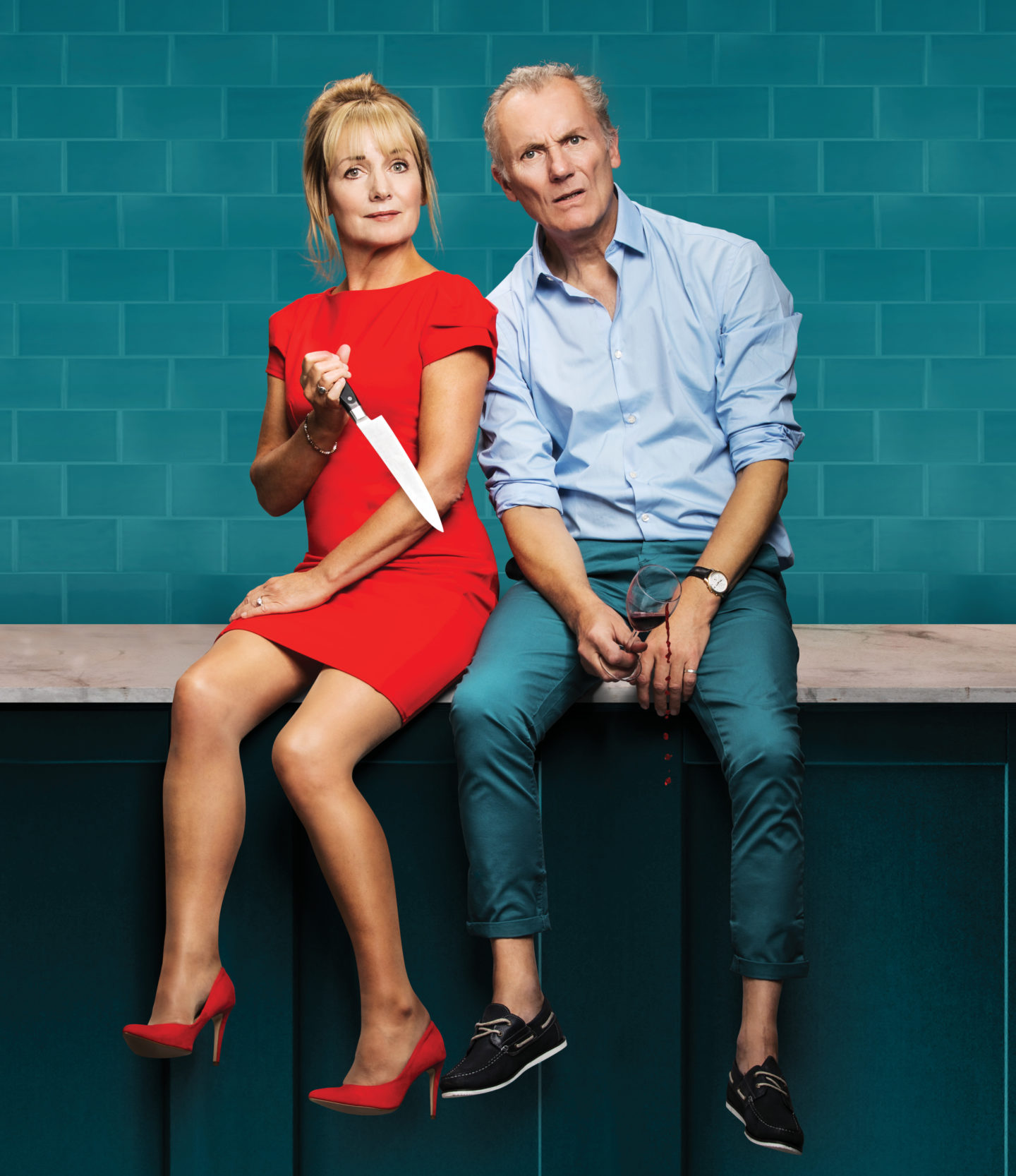 Last night Sam and I were invited to the press-viewing of Caroline’s Kitchen at The Connaught Theatre in Worthing.

Running until the 6th in Worthing and then heading for the last venue in the tour, the production then heads on to Colchester.

The set is a very well designed and presented huge kitchen in London, ‘north of the river’ and you can just imagine the rest of the home that goes with it. It belongs to Caroline Mortimer, who is apparently the nations TV Darling who presents a cooking show from her own kitchen. However, as with many celebs all is not as perfect as it seems in her personal life.

The play has six main characters, who all have have their own issues to deal with that come to a climax by the end of the performance. None of them are particularly likeable either – each having their own foibles!  By half way through I was wondering how many more social ‘issues’ could be shoe horned into the script… we had sexuality, mental health, Syria, abysmal parenting (both in the past and the present) sexism, a bit of casual racism, monogomy (or lack thereof) and class issues. But reflecting on this I think shining a light (if somewhat brief in some cases) on these issues is actually very much on purpose from writer Torbyn Betts to get his audience mulling over how things might go down in their own family, if in the unfortunate event you found yourself in the same situations!

Action picks up at quite a lick in the second act to wrap bring a satisfying end to the action, rather dramatically too thanks to the use of the weather along side acting!

Personally I think Mike, the husband played by Aiden Gillet stole the show, although I’d definitely not want him as my own husband or father!