Now more than ever  we’re all searching for things to keep our kids busy at home, and   Gigantosaurus The Game has been keeping my two children occupied  for the past couple of weeks as we were lucky enough to be given advanced access to the game, which is available on March 27th on all popular gaming platforms! 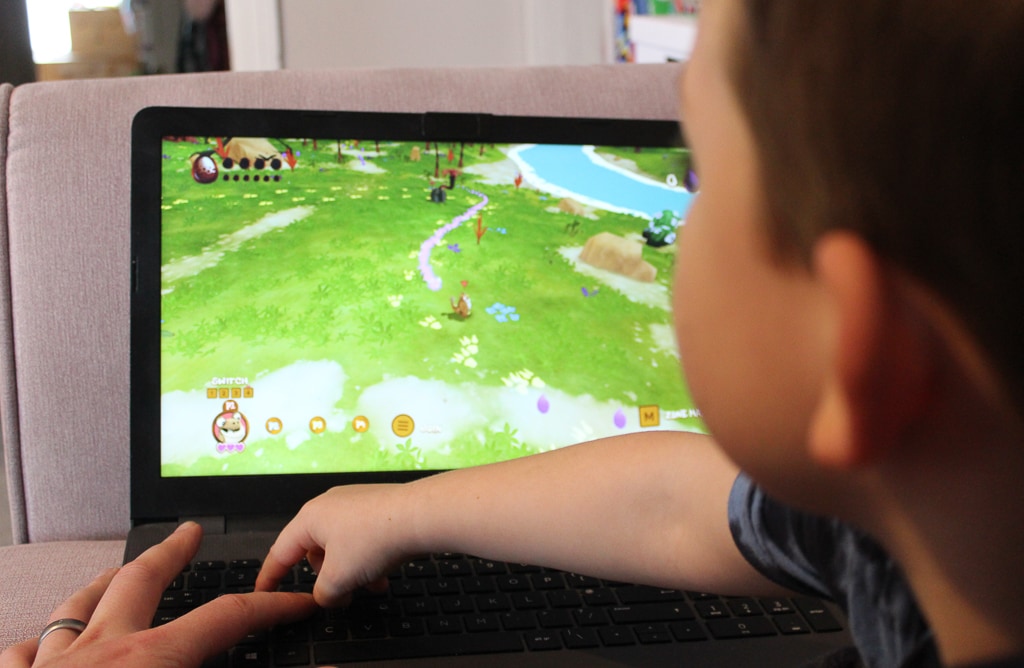 To celebrate the launch we were sent some lovely dinosaur themed goodies to have a little party, which as you can tell from the uniform, we had the week before schools broke up and we weren’t allowed to socialise with pals.  But it was actually a lovely way to spend some time with school friends  before everything changed due to Coronavirus.  Straight after school we had 3 friends over, had a snack and then got down to the fun.  We did some super fun dinosaur themed games before we settled down to play Gigantosaurus The Game!

What is Gigantosaurus The Game About?

You will probably know Gigantosaurus the tv program from Disney Jr and the Johnny Duddle book. Four cute dinosaur pals   Rocky, Tiny, Mazu and Bill. Each has their own personality and characteristics.   You can switch between the four characters,  and also have up to 4 characters in play at once (As long as you have enough controllers!) 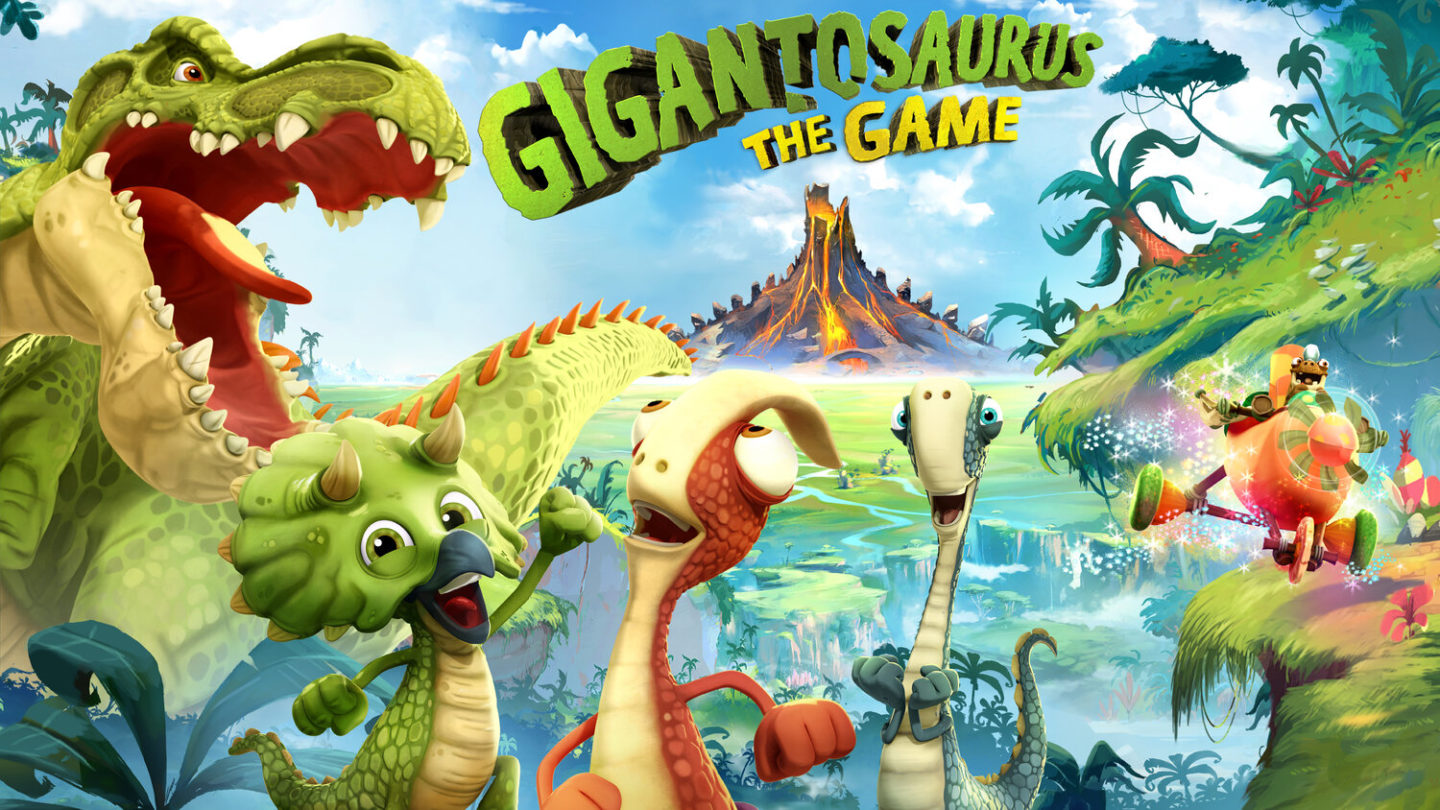 There is a bright and colourful world to explore  with puzzles and tasks to complete – which are not too taxing for little  minds. The game is  designed for kids of age  4 and up, and  is completely family friendly. Arlo is a bit sensitive to ‘mild peril’ found in some animated films but has been absolutely fine so far playing this game, and given the chance would play it for hours on end, which is rare for him as he doesn’t tend to concentrate on things for too long. 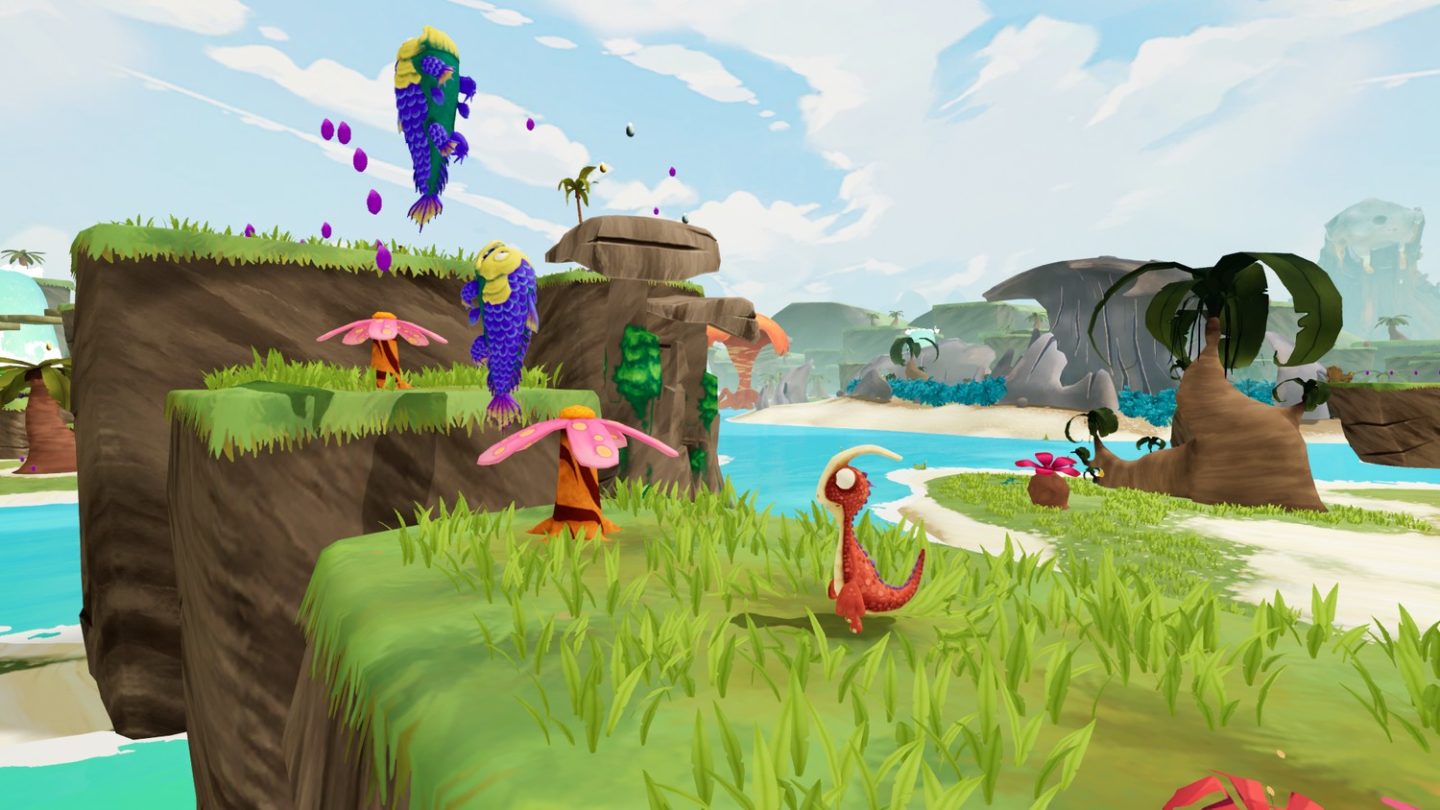 I don’t want to give too much away about the game but I think it would be pretty popular with all kids who have an interest in either dinosaurs, computer games, puzzles or racing – so pretty much all of the kids I’ve ever met! 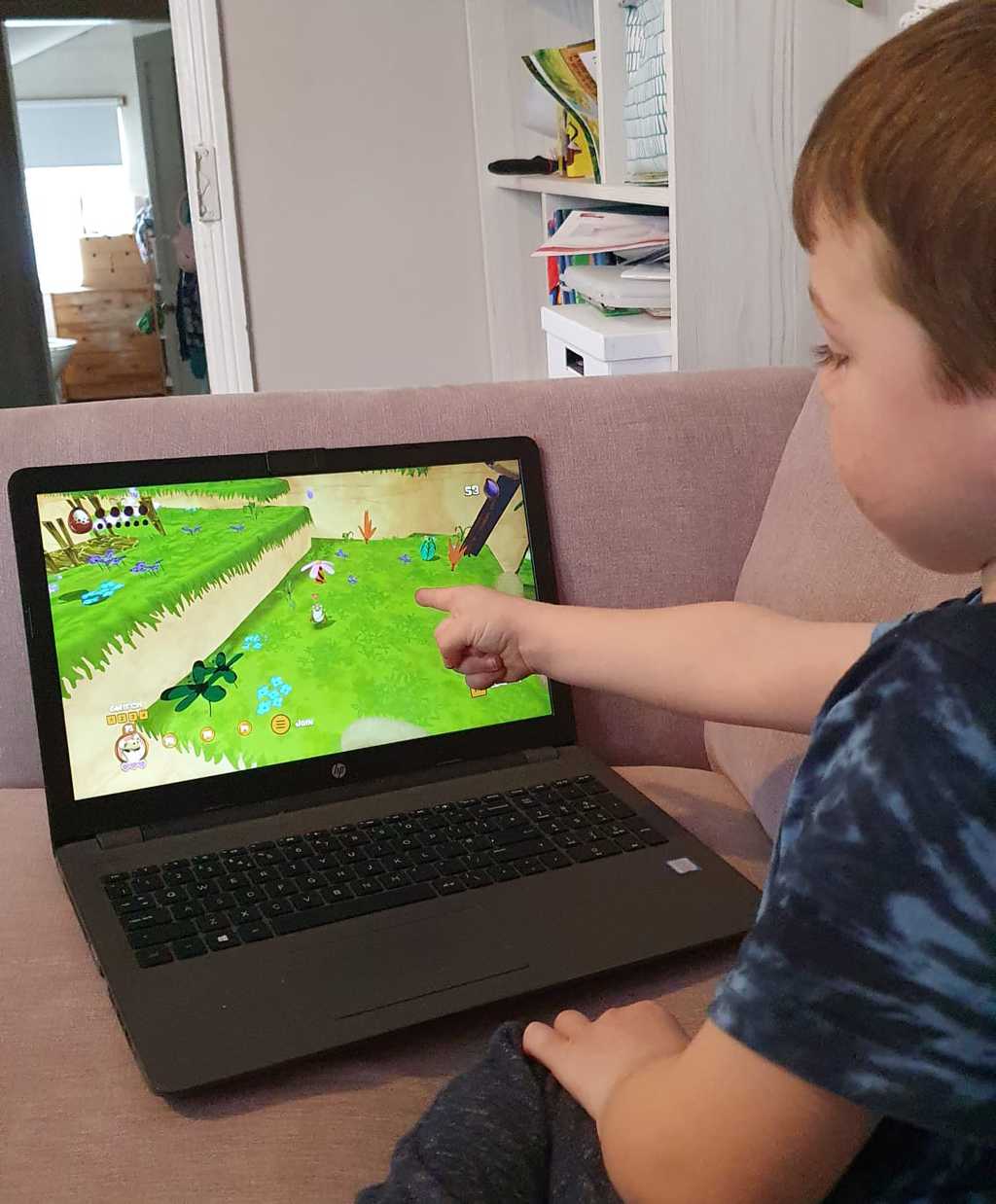 Here are some of the activities we got up to during our prehistoric themed party, from dinosaur egg hunts to  puzzles! The egg hunt was a lot of fun,  but the puzzle kept the kids busy for ages  whilst others were playing the computer game. 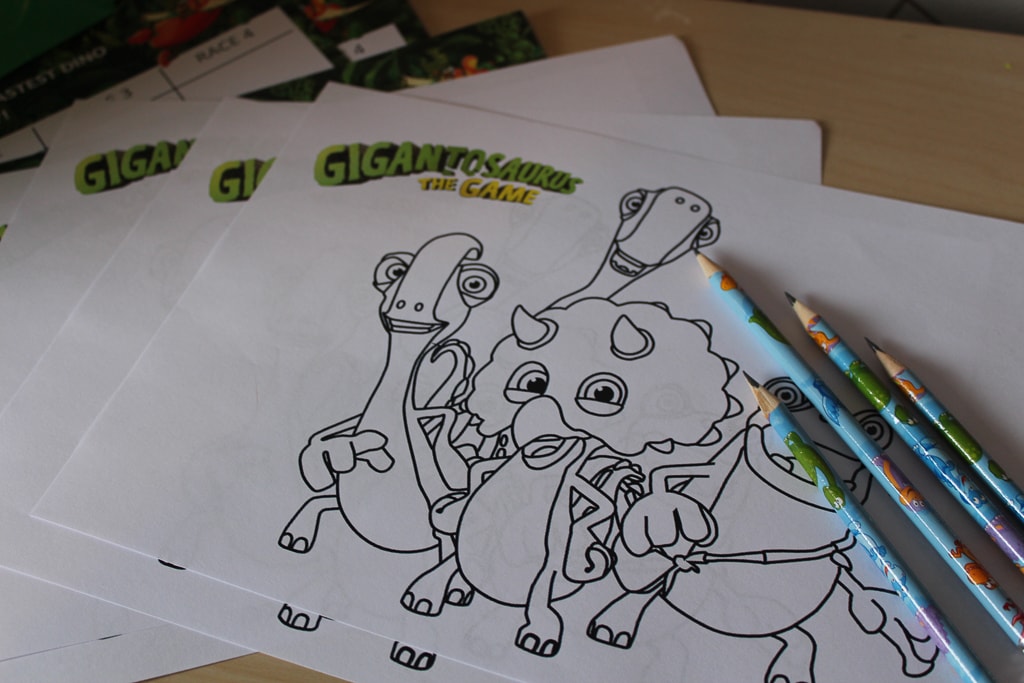 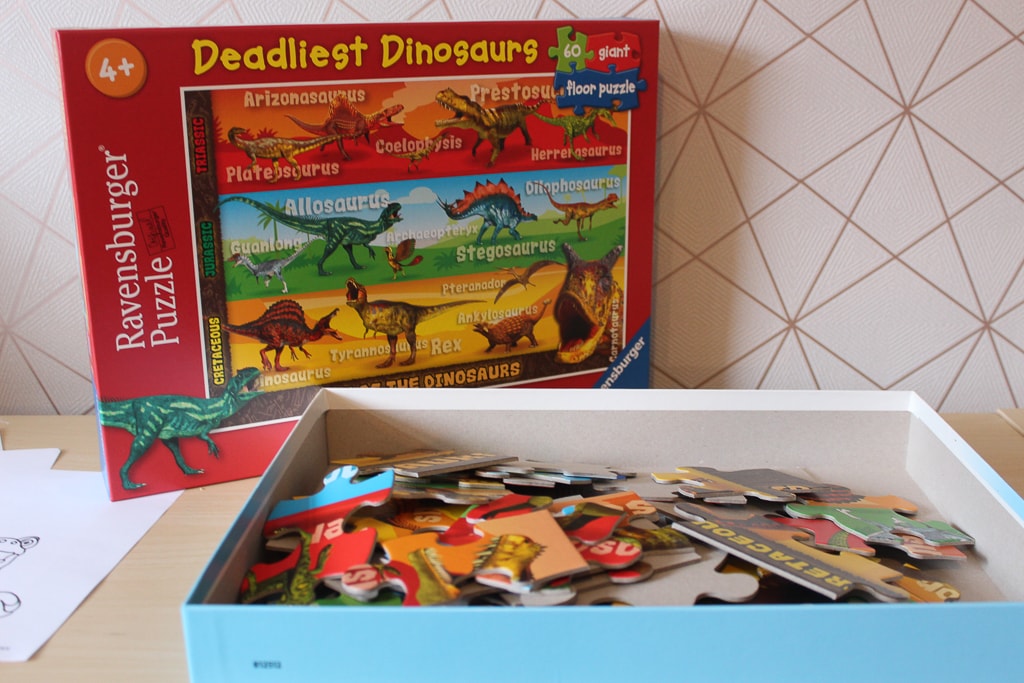 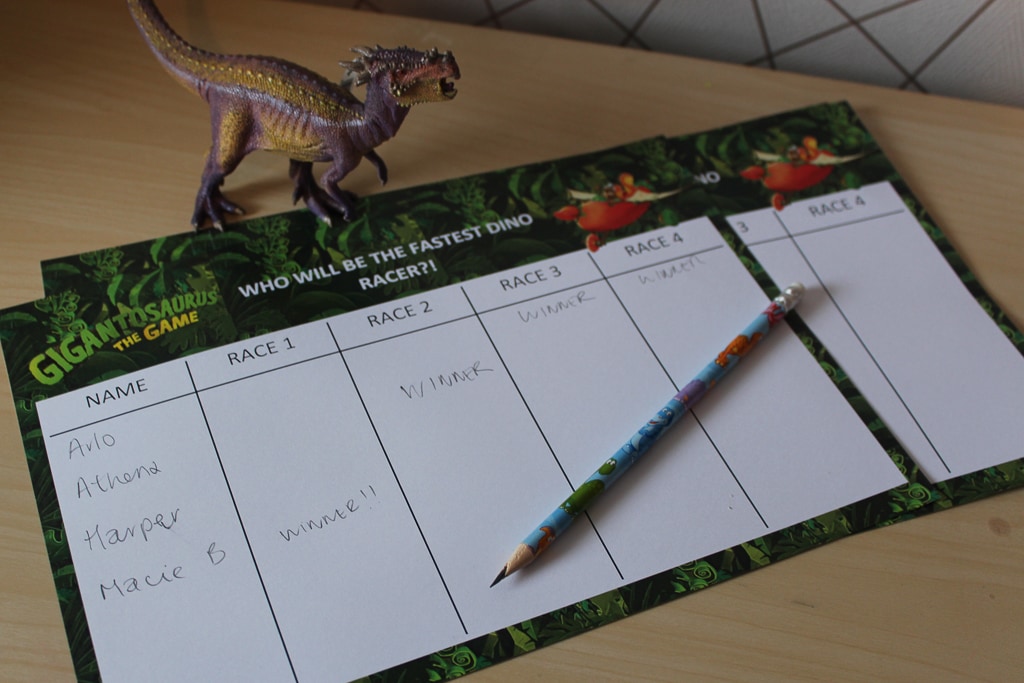 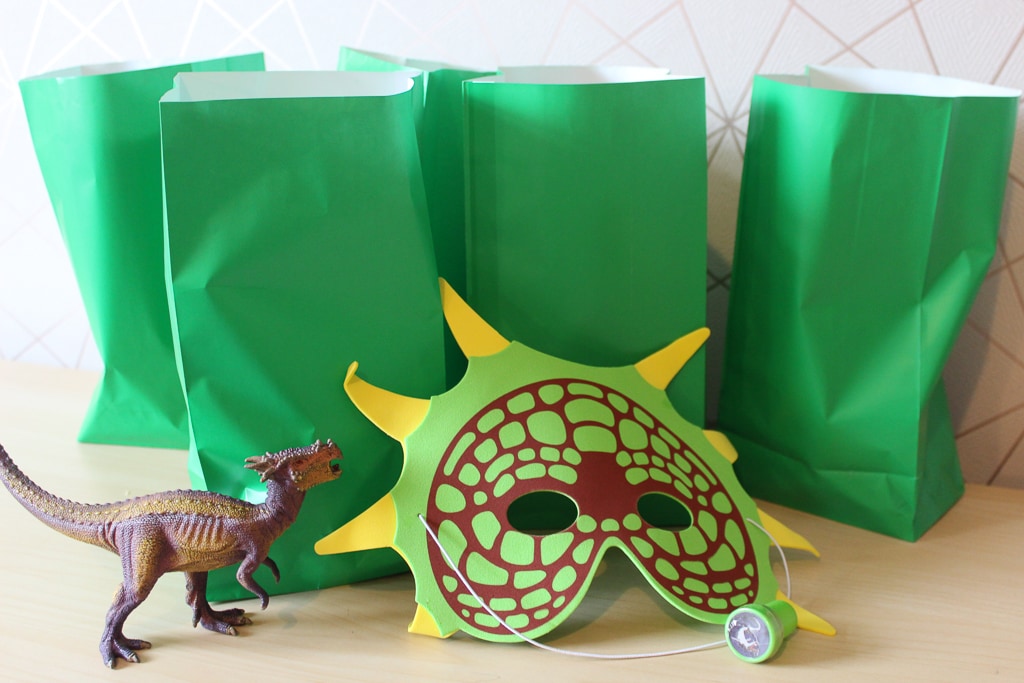 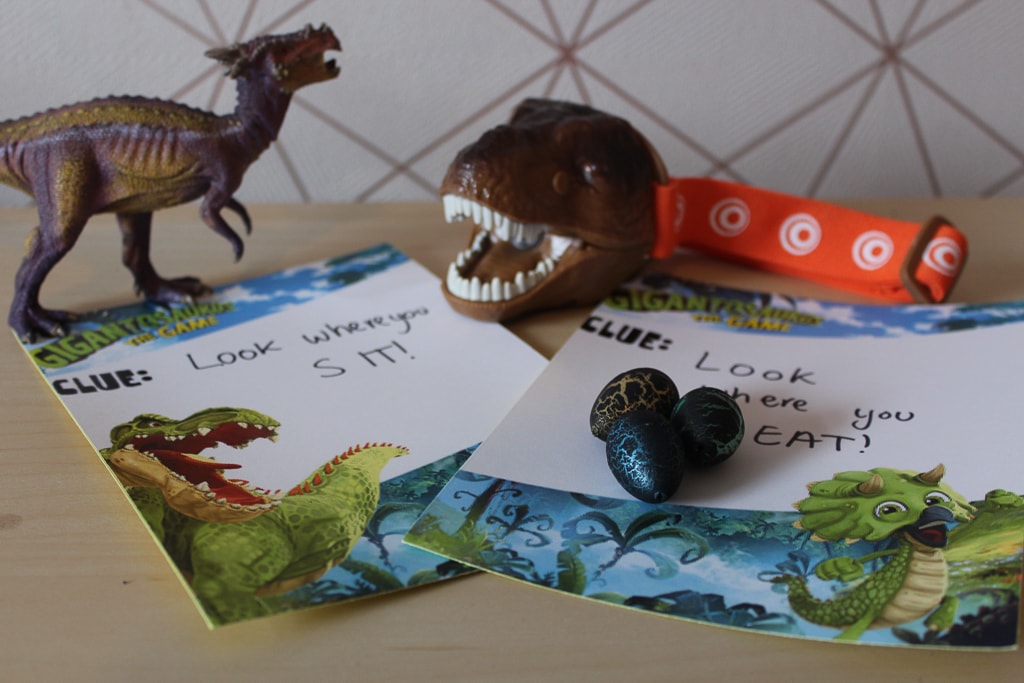 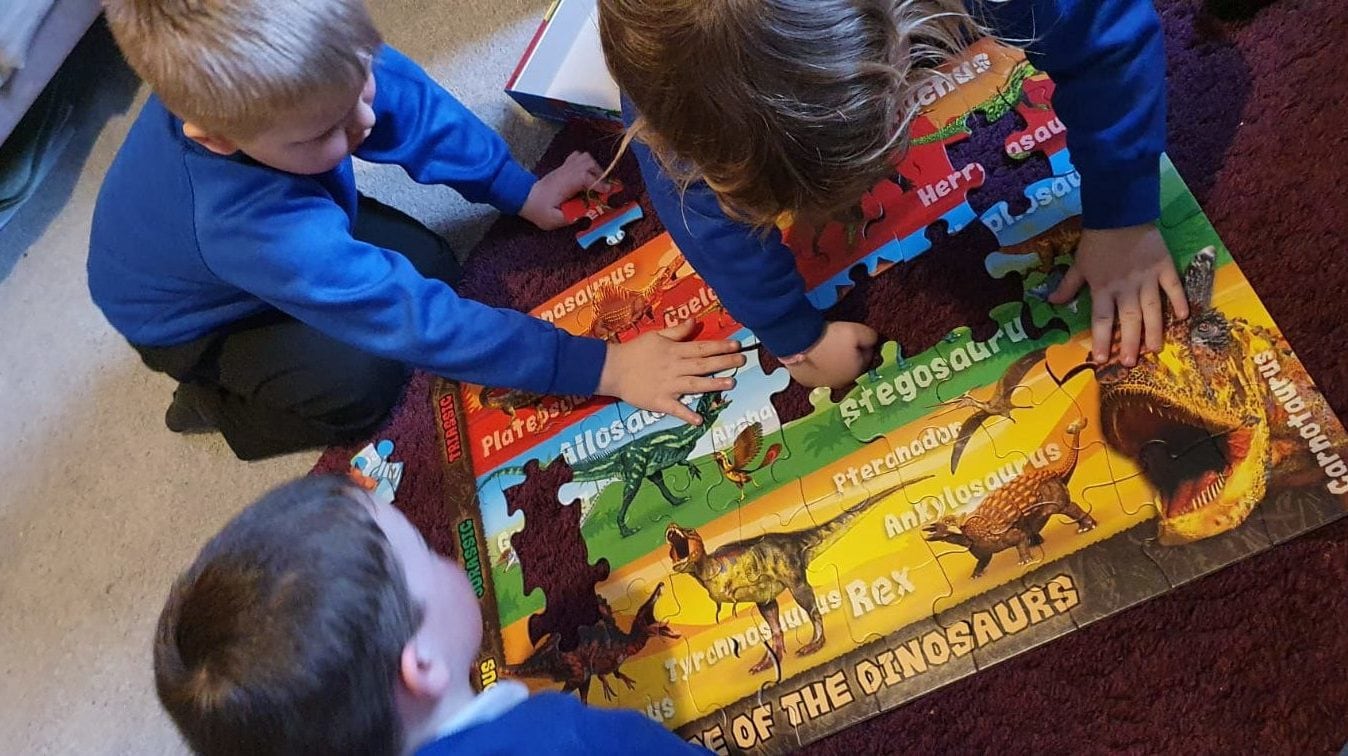 If you think Gigantosaurus would be  a great way to entertain your kids, now and in the future then you can of course download it  direct to your device,  but it will also be available on disc too.  PC    via  STEAM,    Switch,     Xbox  and  Ps4 .  It’s launching THIS Friday 27th March and you can join in the  fun with a twitter party  starting at 1pm by following  @outright_games and @ukmumstv and this hashtag:  #GigantosaurusTheGame.