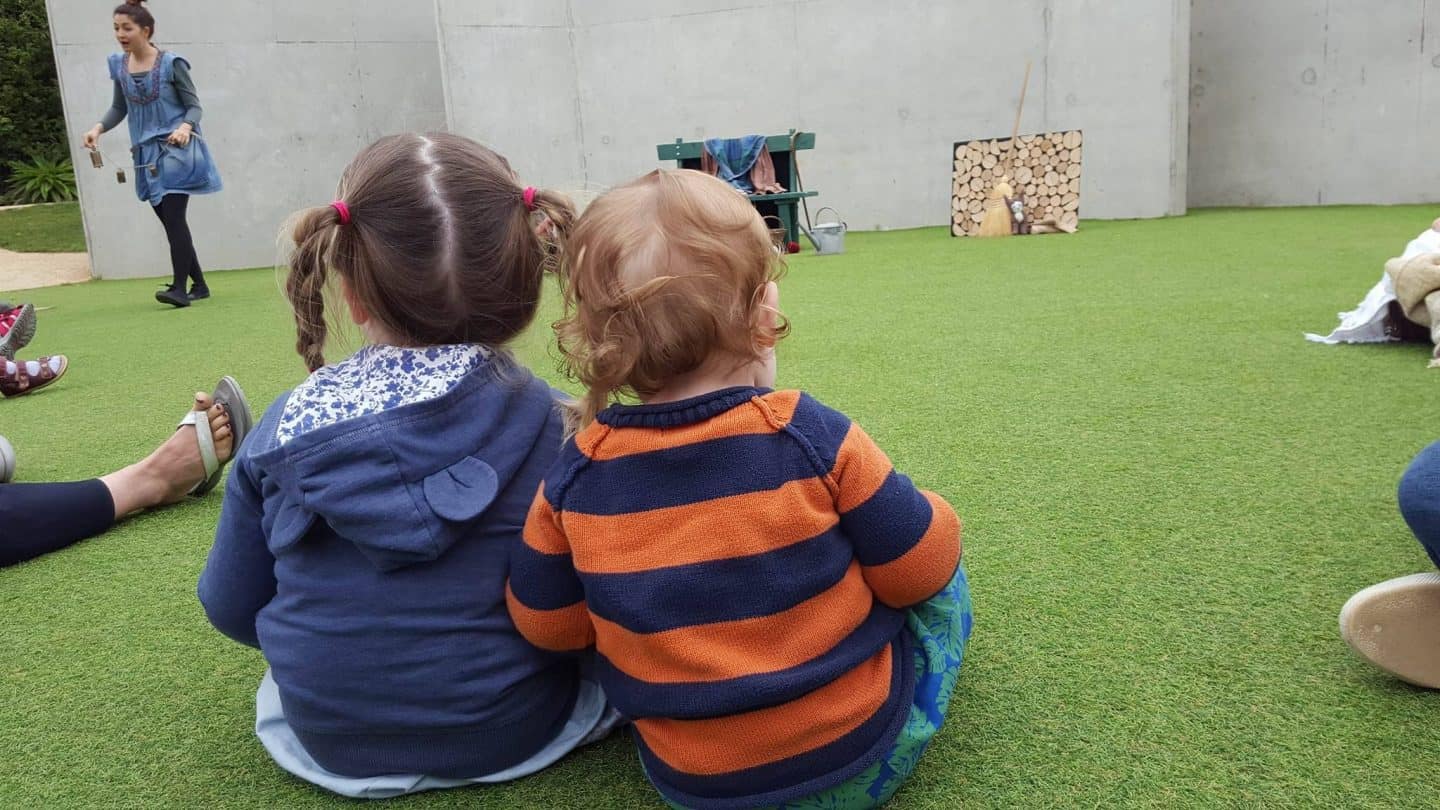 Last Saturday we spent a lovely morning at the Brighton Open Air Theatre (or BOAT) watching Pitschi which was one of the performances happening throughout the fortnight long Starboard Festival. It was such a great opportunity for the children to experience live theatre in a non stuffy environment, where they weren’t restricted to sitting in their seats and keeping quiet! BOAT is a wonderful venue that I had no idea even existed, but its in Dyke Road park so easily accessible by road (or bus) or its about a 25 minutes walk from the city centre. There is a kids play park there too so perfect for letting off some steam before shows! We nabbed a spot right at the front so we could see everything going on! 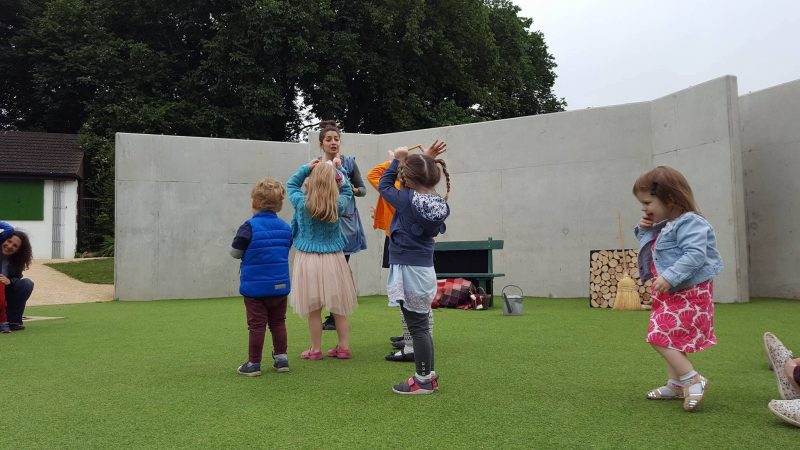 The show we saw on Saturday ‘Pitschi, the kitten with Dreams’ which is a one-performer show telling the story of a little old lady and her animals. One is a kitten who really wants to try out being different animals. The performance is really interactive, with songs, animal noises, costume changes and lots more. It’s ideal for an introduction to life performances for small people! Athena was able to follow the story at three years old, Arlo probably didn’t have a clue about the story but loved watching the animals and the actress and listening out for the sounds coming through the speakers at the sides of the stage. It helped that they could get up and walk about if they wanted too, and that the action came out into the audience too! 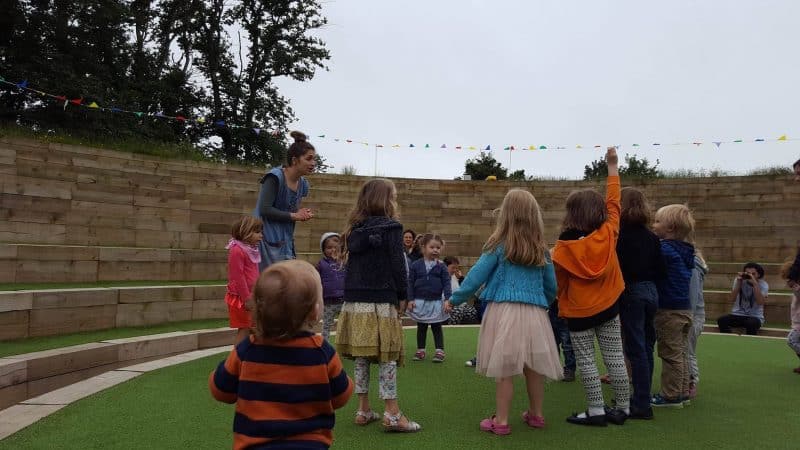 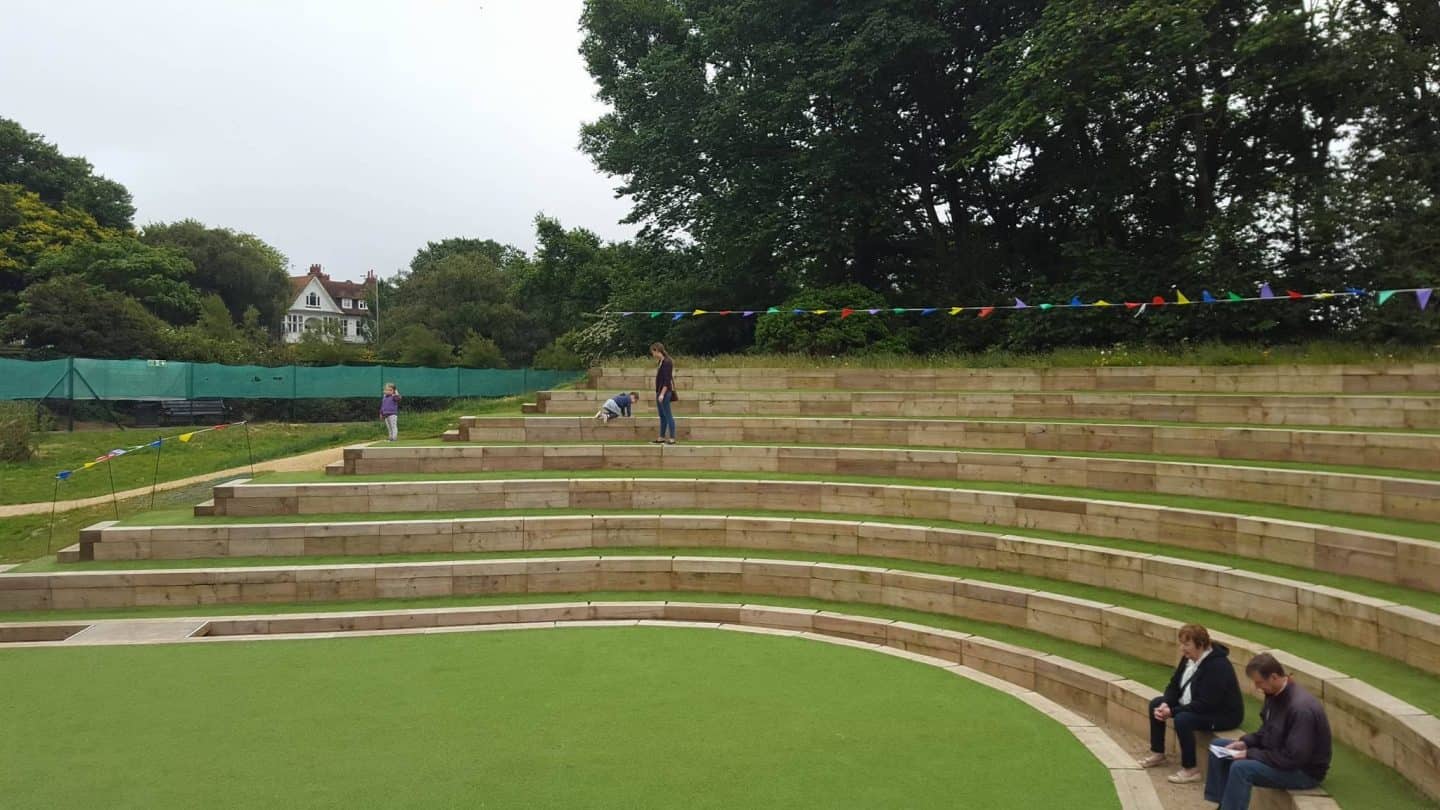 After the performance there was an interactive workshop too which was great fun, some physical activity and then a crafters dream, the chance to make a lovely cat mask! The workshop was led by Natasha, the performer and she was amazing at staying in character and getting all the kids involved, talking about the animals from the show. Athena spent the rest of the day talking about ‘the little cat’ as she can’t say Pitschi!

You can find out more about Starboard Festival in this blog post, and more about Pitschi here. We’re off to see another show tomorrow morning called Cecils Starlight Safari, we can’t wait! 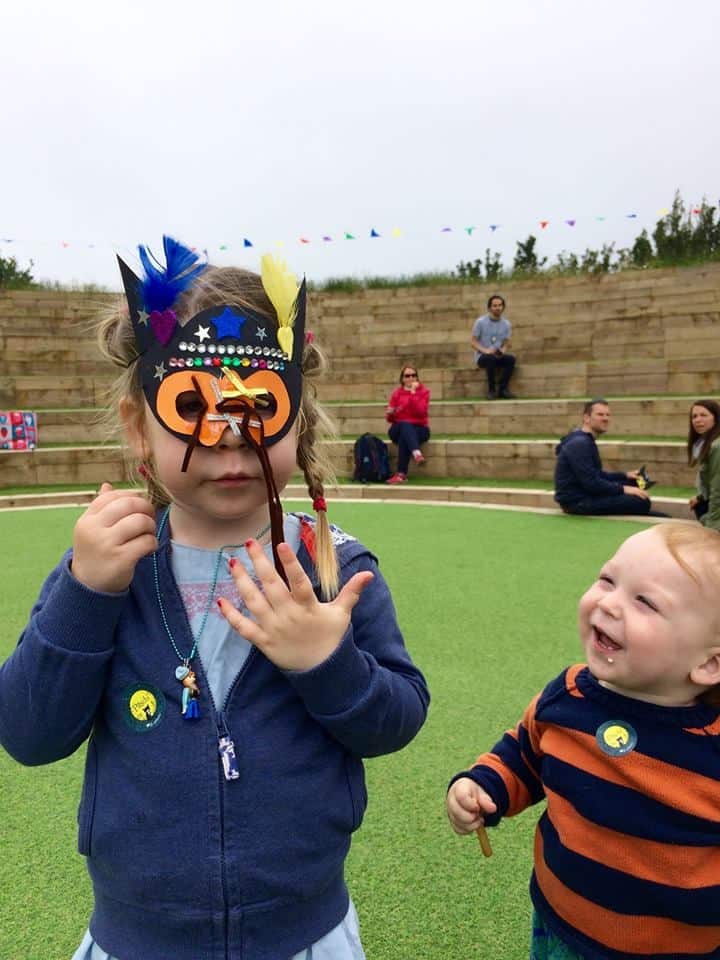 We received complimentary tickets to this show, all opinions and words are my own,

One thought on “Review: Pitschi the kitten with dreams at Starboard Festival”