We were given an audio baby monitor by some friends who no longer needed theirs which we have used until now, but when we were offered the chance to review a cctv video camera I thought it would be interesting to see how much time I spent watching her sleep! So for a month now we’ve been using the Watchbot baby monitor, which is a camera that you can view from your phone/laptop/tablet so you don’t need to have a separate thing to keep track of/remember to charge up or plug in. 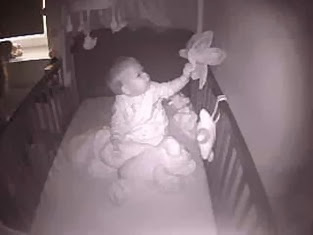 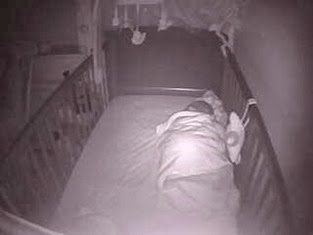 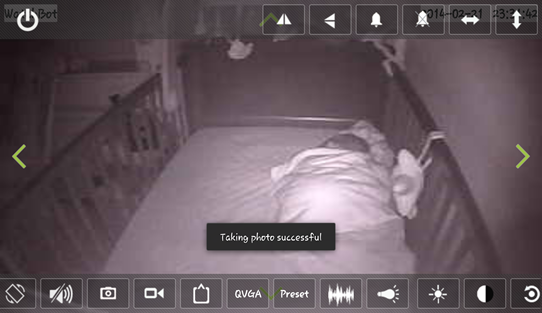 Of course, once we no longer have the need to have a video feed in the nursery we can use the camera in any part of the house, so it would be especially good for when you are away on holiday as a household cctv device, we have a friend who uses a remote video like this one to watch over his gun-room, for example. It could just as easily be used in the workplace too and is way easier to use than the system I am used to from work. The watchbot itself comes in black and white, and can be wall mounted too. The ability to pan the camera from the app is clever as it means that if you had two cots in a room, for example, that you could see both easily without needing two cameras, although you can have multiple cameras linked to your app so kids in different rooms wouldn’t be a problem.
My two niggles: the sound quality isn’t as clear as the previous baby monitor we were using but any cries or noise your baby makes are easily heard, there is just a bit of ‘white noise’ in the background. The second improvement is that when you open the app you have to click on the camera you want to view, as we have just one camera in operation this is an unnecessary step so perhaps it could be developed so that if only one camera is linked that it opens automatically.
Overall i’m really impressed with how easy this to use, and the fact that we can see what’s happening in her nursery from anywhere in the world without any extra equipment is amazing. You can visit the Watchbot website to find out more about it.

I do love sunsets at this time of year. It's a sha