Was January really long for anyone else or just me? It just seemed to drag on and on… then on some more! It was my birthday on the 24th, so January normally goes quite quickly for me as I have something to look forward to but this year that didn’t happen! It was the quietest birthday I have ever had!  Obviously as we’re in the middle of lockdown numero trois I don’t have much to report as we’ve not been anywhere exciting. I’ve had a couple of strolls with friends, one family ramble along a very muddy riverside for a few miles and a failed appointment to give blood – they turned me away because my iron levels were too low for the second time on the trot.

I’ve mostly been trying to help both kids with their school work, keep on top of my own work and keep our house sale and purchases ticking along, so have had very little time to think about blogging so this is one of the only posts I’ve written this year, though I did do a little ‘get it off my chest‘ post too.

What I read this month 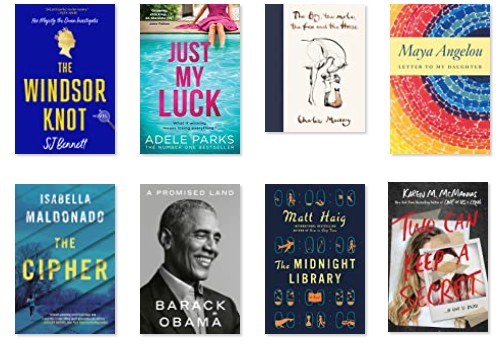 I didn’t love The Midnight Library by Matt Haig as much as everyone else seemed to, though I can’t really put my finger on why it didn’t do it for me. It was a great concept but I think I just didn’t really gel with the protagonist. Two Can Keep A Secret was an easy to read teen crime thing, predictable but a good pace. Just My Luck was not as predictable (at all!) and a fun read about how winning basically mucks things up for everyone involved. Barack Obama’s autobiography was amazing, I actually listening to the audiobook for this one and found him just so engaging. Loved all the behind the scenes type stuff too. I started reading Michelle Obama’s book last year actually so I should crack on with that.

What I watched this month

This month I have watched a LOT of telly, as I’m sure most of us have seeing as we’re home a lot! In no particular order, and everything is on Netflix…

The only film I’ve watched was Unhinged – which has made me think twice before ever honking my horn at someone ever again… Definitely worth a watch, a bit violent but a really clever concept! Also this is Russel Crowe as you’ve never seen him before, I thought he was John Goodman till half way through the film!

What I listened to this month

Barely any podcasts because I have no school runs to listen to them on! I did listen to an episode of Casefile Podcast which is all about ‘The Strip Search Scam’ in which a completely perverted man called up various fast food chains and somehow managed to get people to strip search female employees, and often worse.  Worth a listen if you like true crime like me.

What I wore this month

I’ve lived in loungewear and slippers, with the occasional foray into jeans and trainers if I have to leave the house, but they’re swiftly changed out of when I get home again! My new slippers were gifted by Bedroom Athletics who sell both Mens and Womens slippers, and they are the perfect slipper basically. I basically live in comfy flip flops until the weather turns cold outside, so the Mabel Sheepskin sliders are the PERFECT ones for me. 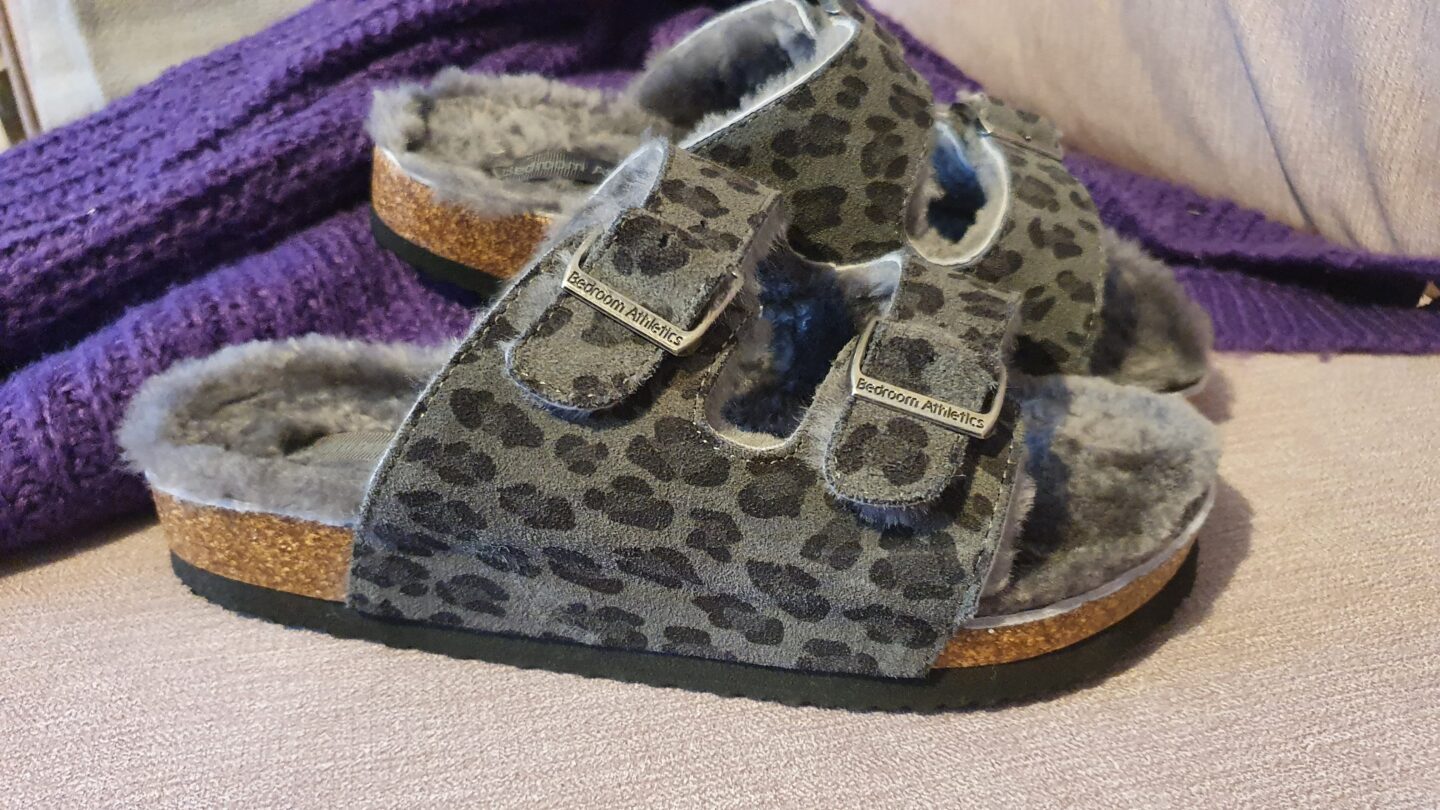 A comfy shaped footbed, lined with shearling sheepskin lining with a non-slip sole – basically fluffy, insanely comfortable sliders. You can get them feeling just right with two adjustable buckles, and the animal print suede uppers are lined in fluffy sheepskin too.  They’re available in four colours, two plain and two animal print, and I think they are amazing! 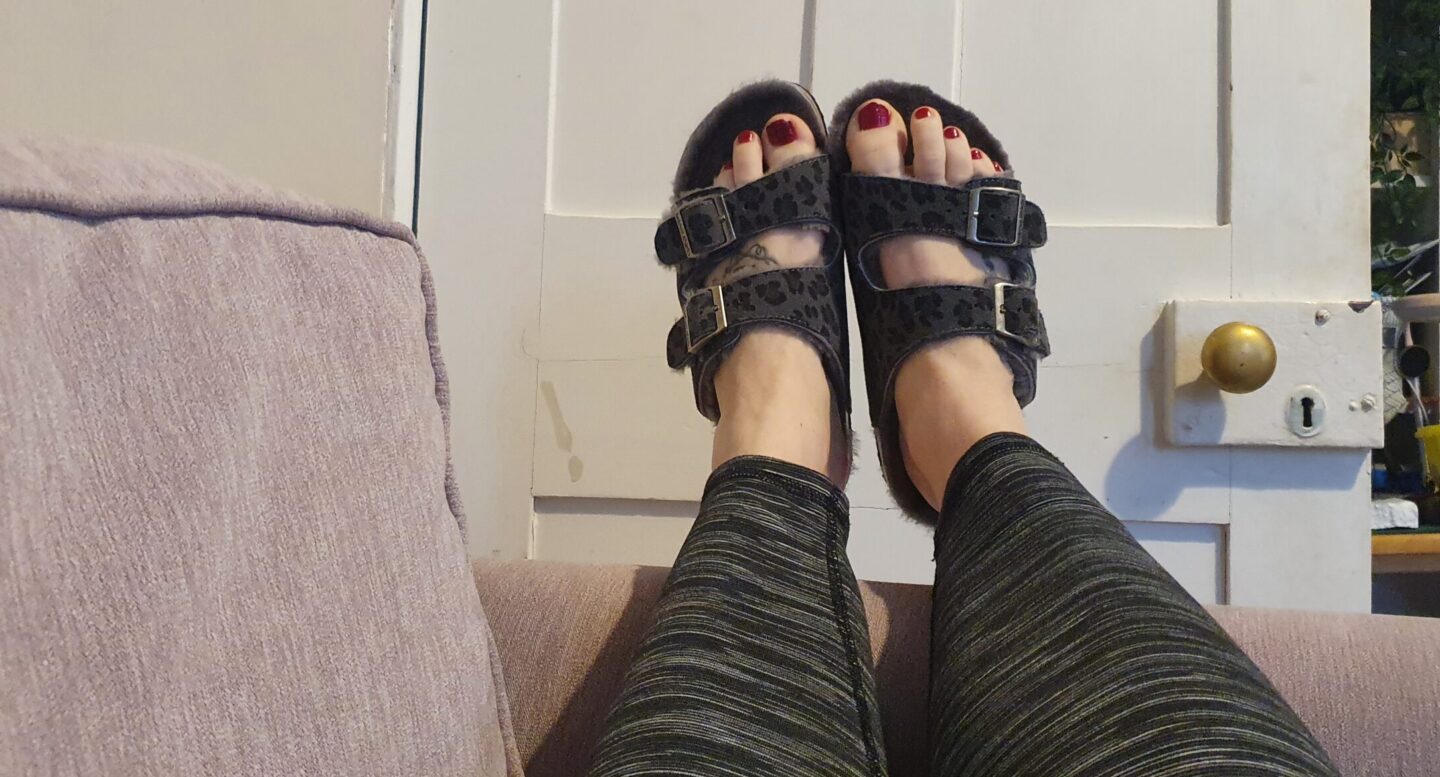 What I loved this month

What I loathed this month

One thought on “Scrapbook Loves January 2021”