Welcome to Share Your Year for 2017! Every year I host it as a way for people to share the past year, posts in any format are welcome as long as it includes a recap of your 2017 in some way. It could be personal memories, blogging related, or anything else! It could be a what you read, listened to or watched, or even the favourite things you cooked! I split my year into quarters and summarise what we got up to. I love to look back at my previous years and this is my seventh recap and every year when I’m writing my posts I go back and read the previous years for a bit of a jaunt down memory lane! It’s so crazy to think that when I started my blog I wasn’t married, had no kids, worked full time and ate out a lot! Oh how things change! 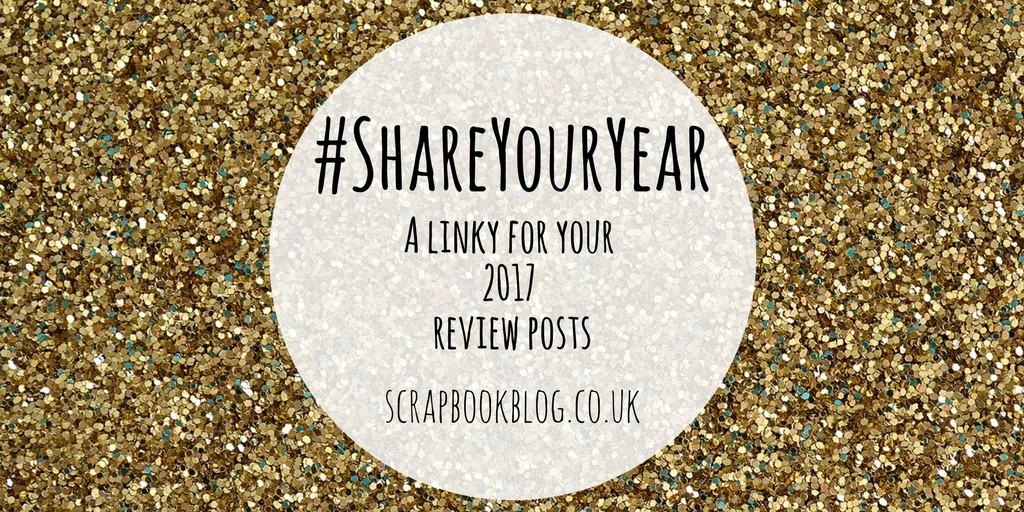 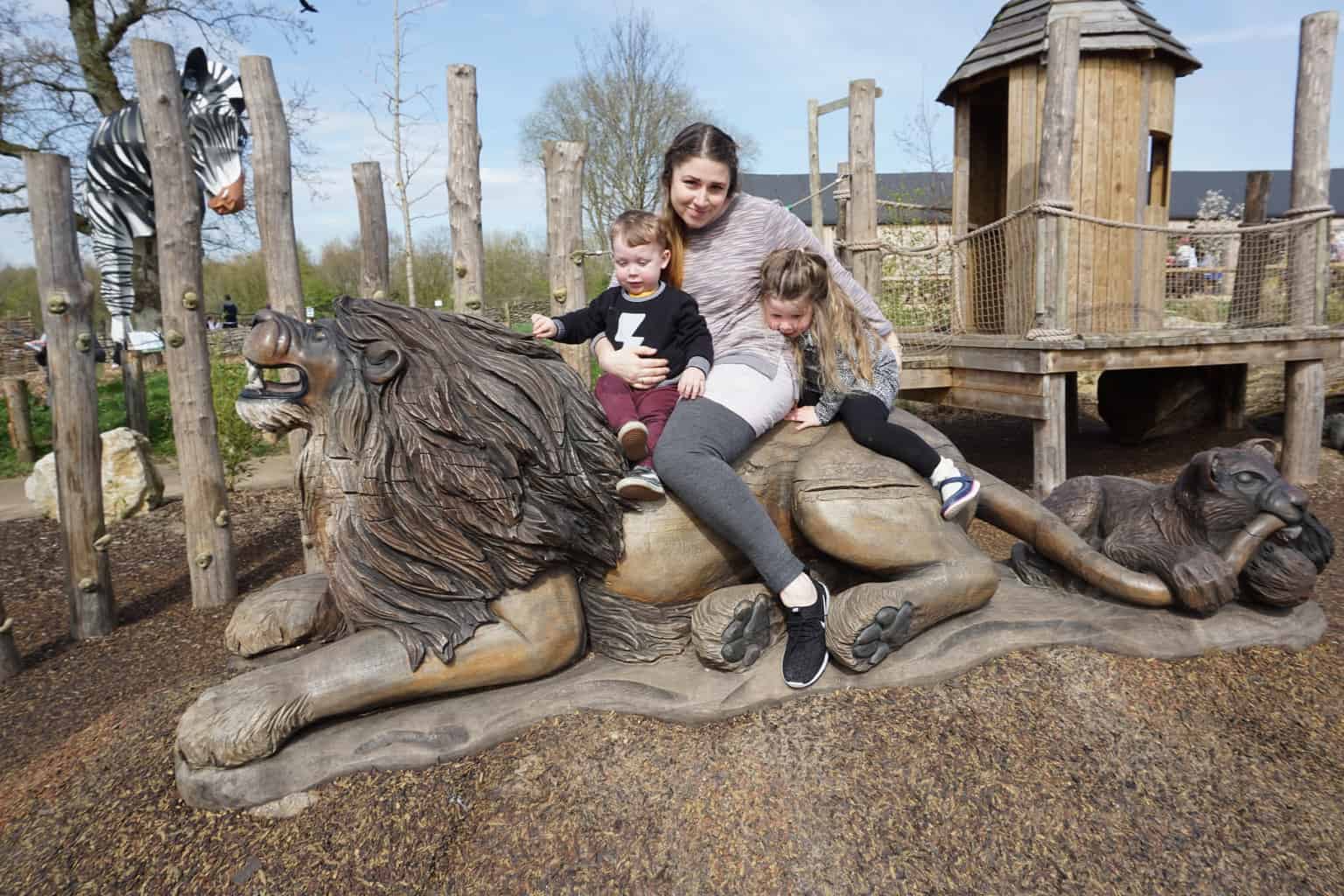 We started the year off sharing a bucket list (which we’ve not been overly successful with, let’s be honest!) and I also had a little trip up to London for my birthday in January, I turned 33 on the 24th! But it really doesn’t look like a lot happened other than that! In February we went to Norfolk for a windy week for Sam’s birthday (windy thanks to Storm Doris) to see friends and family.  I had a little trip away for a spa break with Donna which was lovely, we had the nicest meal in the hotels posh restaurant! In March Sam went to Austria for a snowboard trip with friends, and not long after he got back we went on a little family road trip to Marwell Zoo & Paultons Park for Arlo’s second birthday celebrations.

Favourite posts: Hot Chocolate & Popcorn, Things you do on social media that make me irrationally angry, A chef-cooked dinner in your own home. 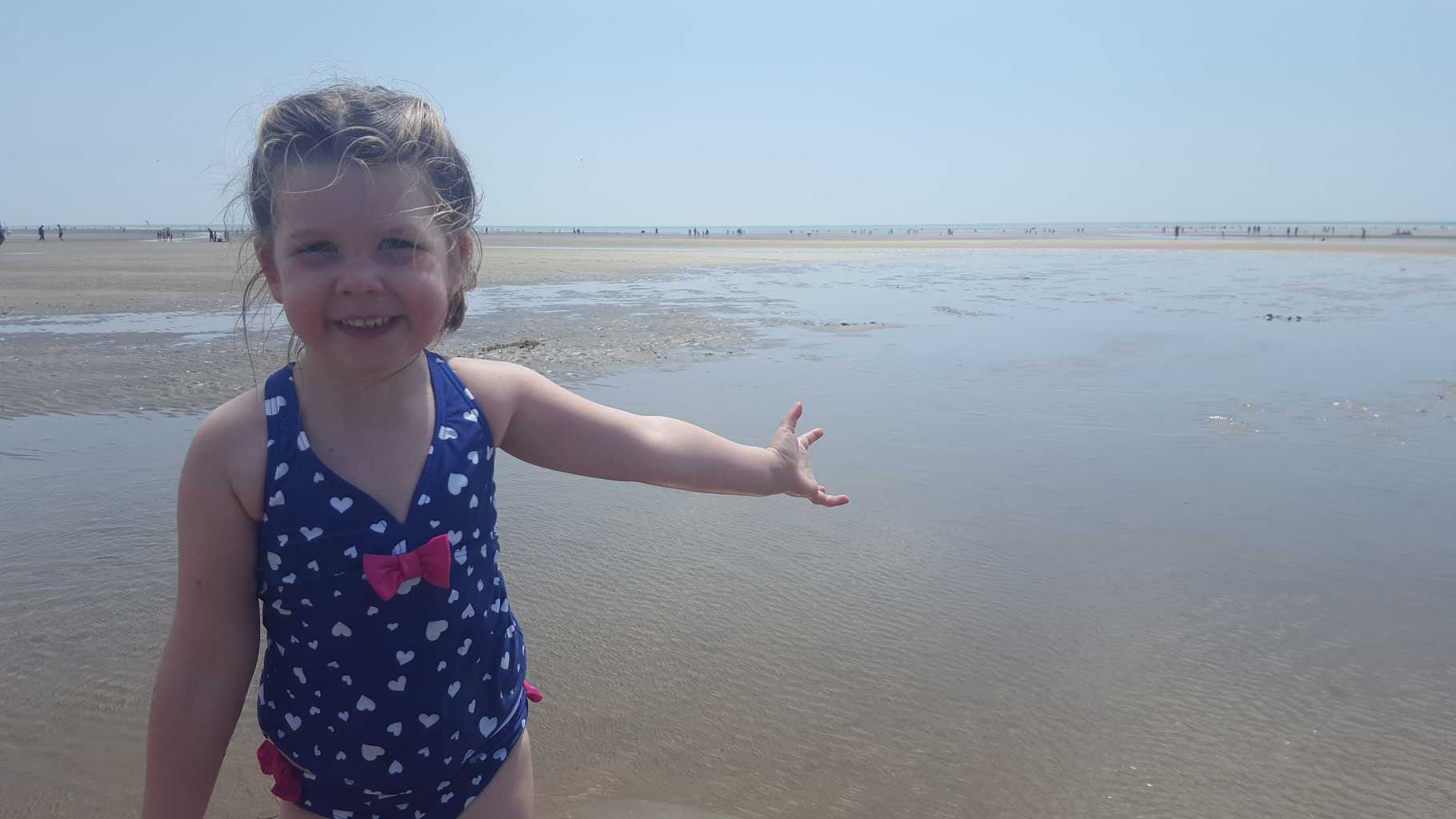 In April I took the kids to London for a couple of days, which was slightly stressful on my own but I was glad I did! We saw lots of sights and caught up with friends too. Then later in April I quit my job in hotel management to freelance full time. It’s still a struggle fitting all the hours in around 2.5 days of child free time but I am so glad I did! In May we drove up to Wales for an amazing holiday with friends at Bluestone, it was our second visit, and we were blessed with amazing weather again! We also registered Athena with the primary school, as we got our first choice, thankfully! At the end of May I gave the blog a makeover and a new name, previously Belle du Brighton it morphed into Scrapbook Blog! June was when we celebrated Athena’s 4th birthday, and we also spent a gloriously sunny weekend camping in Rye and visiting Camber Sands! At the very end of June I made a whole bunch of new friends on a blogging retreat in Hampshire, and I am so excited to be going away with the same friends in January!

Favourite posts: Literary London with Kids, What blogging is not, Camber Sands & Camping. 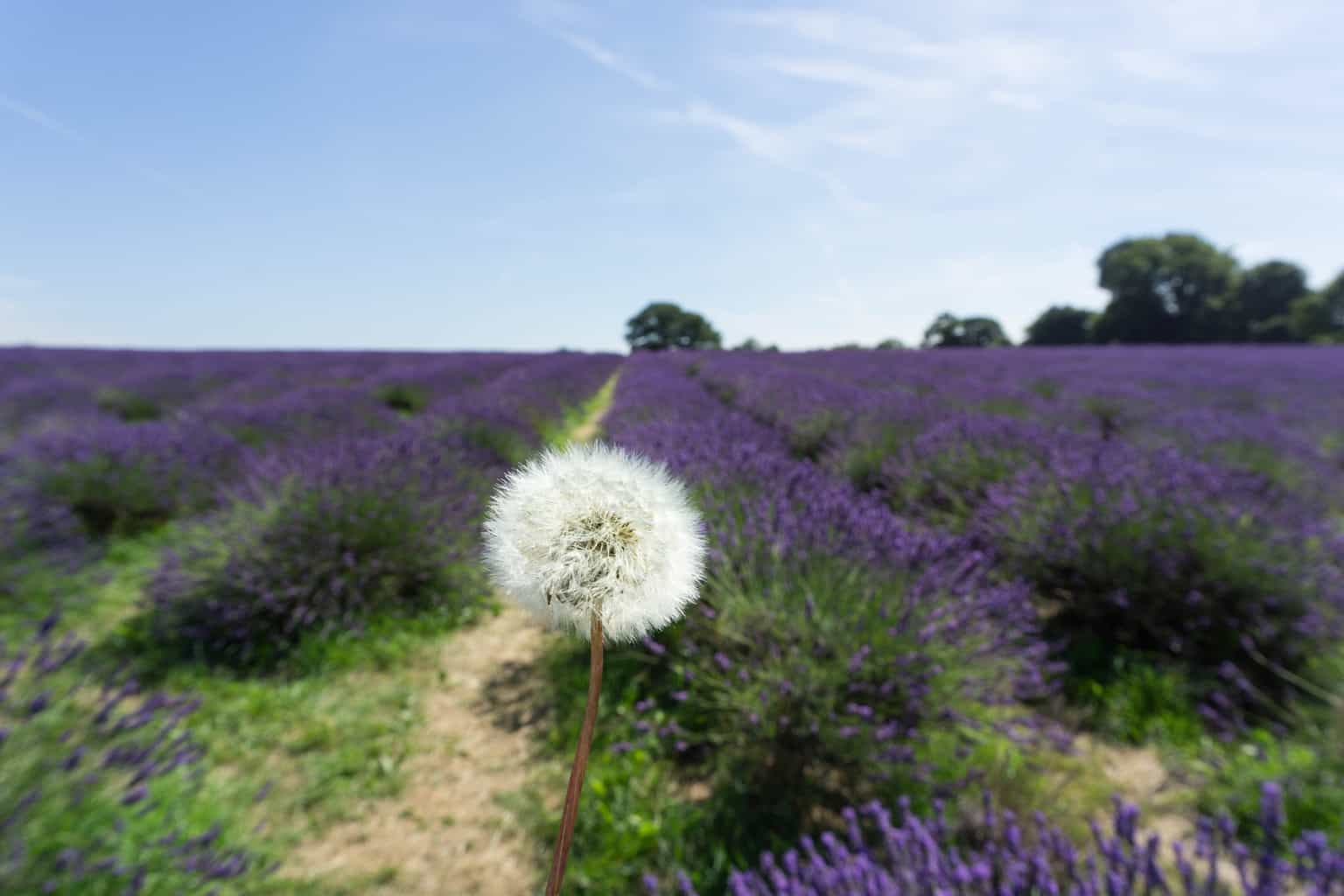 July was a pretty quiet month, I had complications after an operation I had to remove some bad cells from my cervix which was a bit crap, but I did conquer some fears by completing a Go Ape course with Donna, and took Athena and Arlo to the Theatre to see a love show of the Hippo on the Moon, which we all loved! Athena finished at preschool in July, and we also finished with our first childminder who was giving it up to focus on a different career! In August we spent a lot of time at various beaches, both close to home on the south coast and in Norfolk when I took the kids up to stay with their granny, Sam’s mum. We also made a trip to Mayfield Lavender farm and got some lovely photos, before the car quite disastrously dying a horrible death on the motorway on the way home, it never recovered and we had to buy a new one! We had long weekends staying in both Oxford and Brighton (which was Sam and I’s first night away from the kids together!) September was a big month for Athena as she started reception class in primary school. I was so excited (and ready!) for her to start school and thankfully she absolutely loves it, hasn’t missed a day and is excited to get through the doors each day! 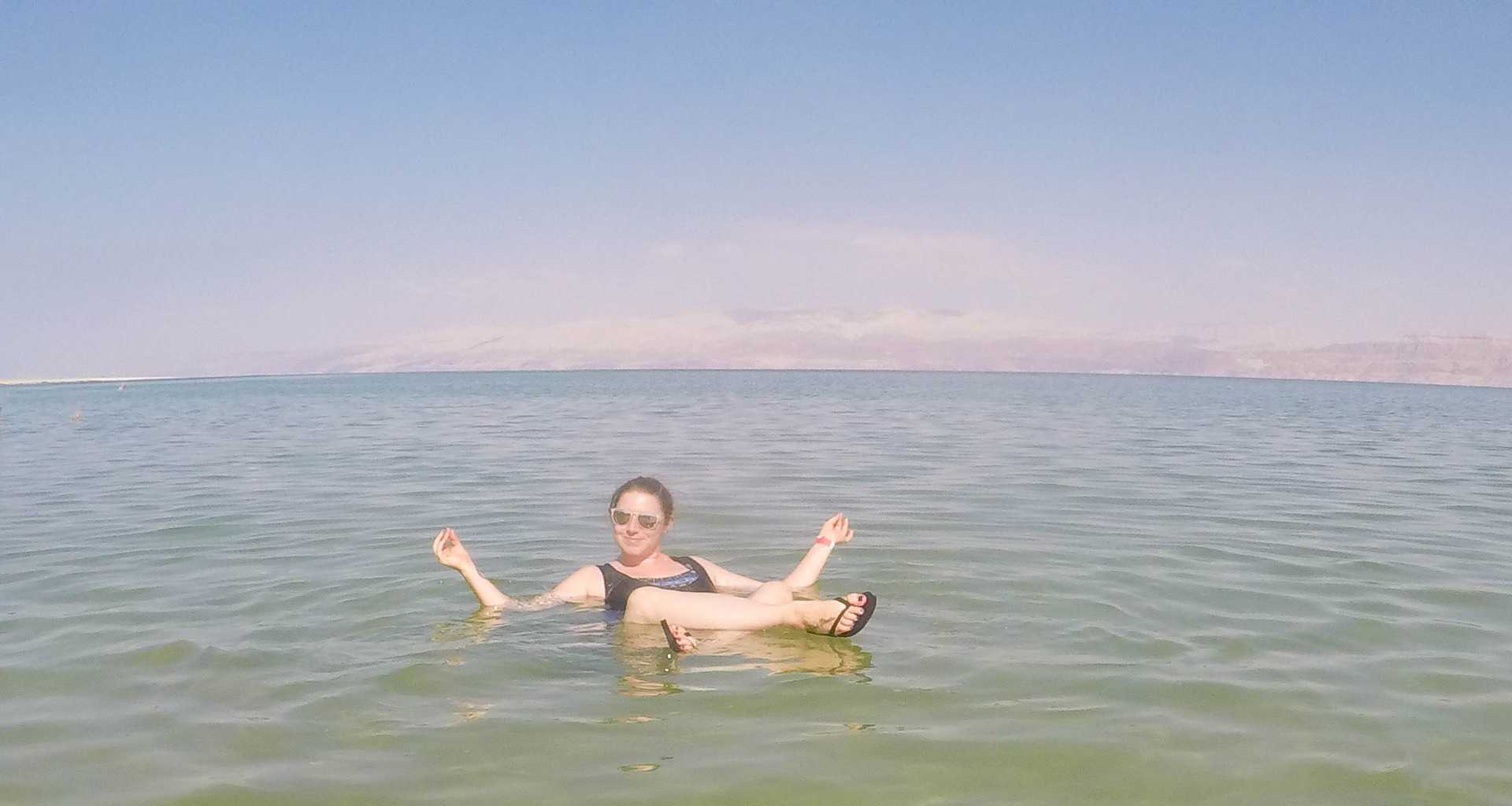 In October I packed my bag and flew to Israel for a week, I stayed with one of my best friends and had a blast! Tel Aviv is such an amazing city, with the beach right on the doorstep! I also visited Bethlehem, Jerusalem and of course floated in the Dead Sea, which is super odd and very greasy believe it or not! It was really nice to have a week away from the kids and every day life, I won’t lie! November flew by although we didn’t really do anything major, we had a trip up to Winter Wonderland and another to see Father Christmas at Marwell which was magical! Then December hit me in the face like a brick, a load of work, christmas prep, a freezing cold house that won’t warm up and tonsillitis! Arlo has also had a chesty cough but despite all that we’ve been to see the big man in the red suit again on a river boat cruise, and have lots of festive gatherings to look forward to! We’re heading up to Norfolk for almost a week just after Christmas, so we’ll be celebrating the new year up there!

Overall it’s not been a bad year at all for us, I still feel like I need to organise my time better and generally be a more well rounded adult, but I doubt I’m the only one who feels like that! We well and truly failed to complete our bucket list for the year, but I’ll do a separate post on that later! Our goals for next year are to declutter, redecorate the living room & publish weekly vlogs!

#ShareYourYear linky – How to join in

• Add your post in the form below & there’s also code below to add the Share Your Year badge to your post.
• Pick a few posts to read and comment on (including this one if you fancy) letting them know you arrived via #ShareYourYear. It’s a great way to find new blogs and people to follow too, and perfect for nosy people who like to get to know more about the people behind the blog!
• If you tweet your link to me @ScrapbookLives using #ShareYourYear I’ll be RTing and will of course read and comment on all the posts myself and share some on my Facebook page.

Share Your Year will be open from now up to January 18th for you to link up any relevant posts, as I know a lot of people take a blogging break over the festive season 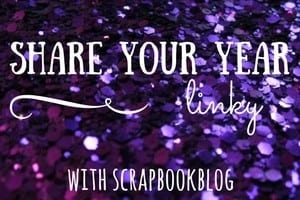