Arlo loves dinosaurs, and if you watched my Instagram stories this morning you would have seen him making his new T Rex eat a load of farm animals – sorry about that if you were eating your breakfast! Schleich are the world renowned maker of realistic animals, from farm animals to Dinosaurs and even make believe creatures too, like Mermaids and Unicorns! Now you can pick Schleich animals up from George at Asda online! 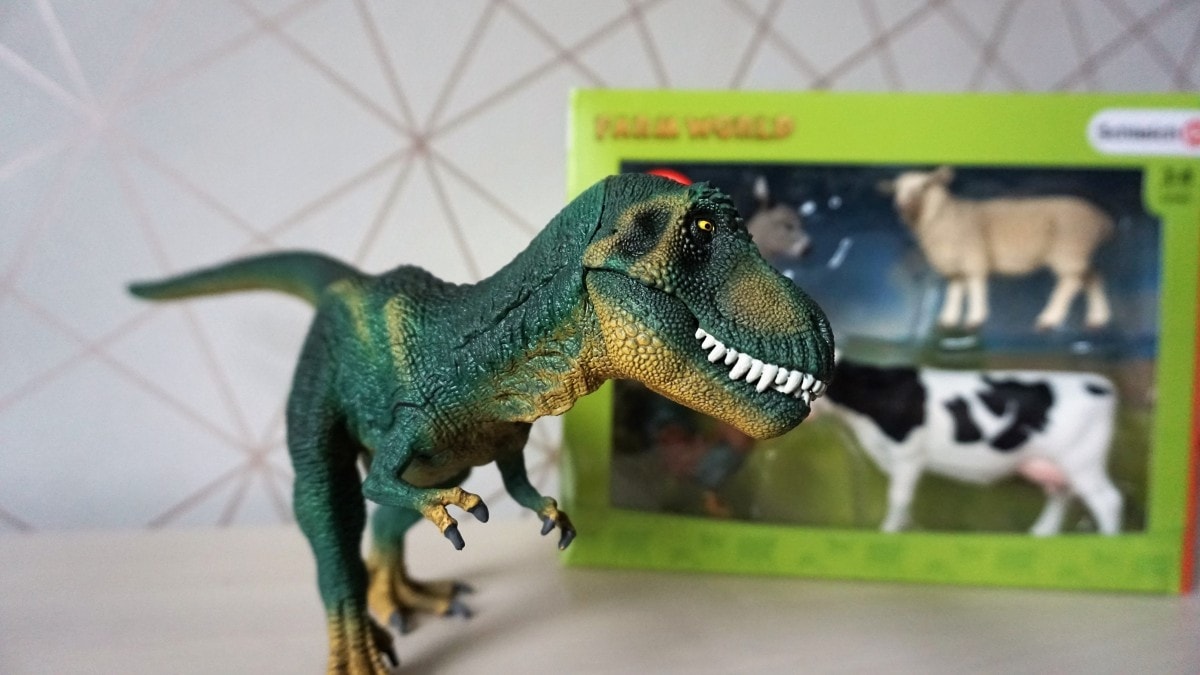 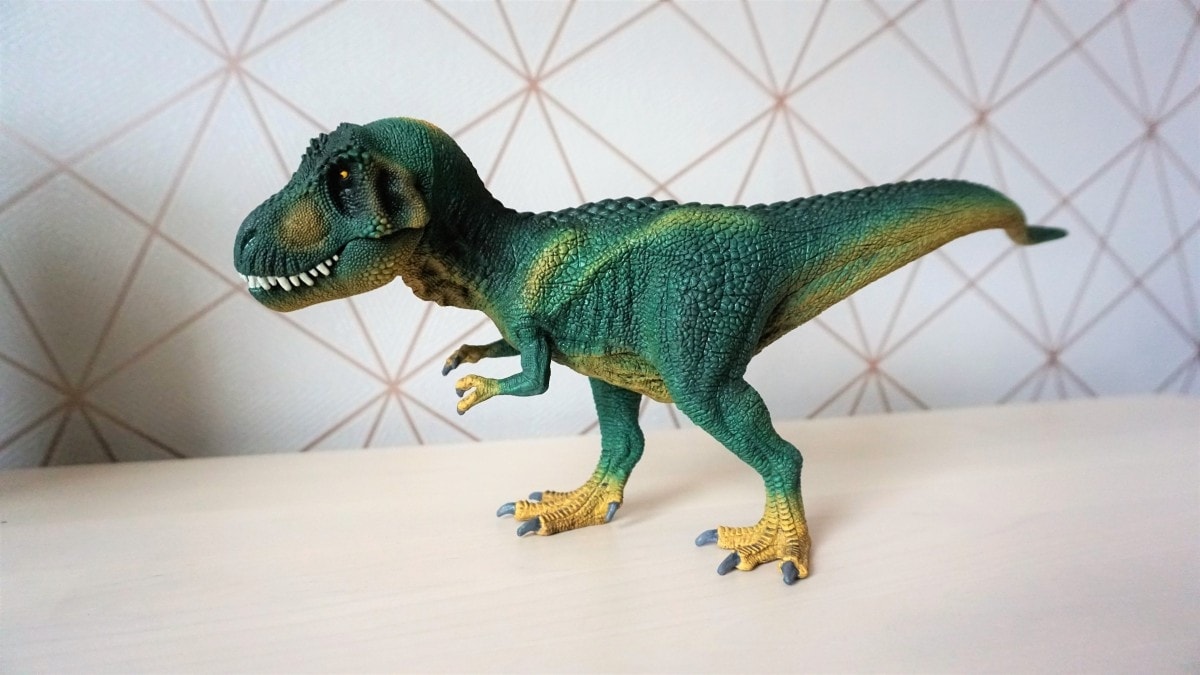 Arlo was sent the Tyrannosaurus Rex, and loves it so much he took it to the child-minders this morning, even though he had to walk instead of scoot so he could carry it! He’s been asking me questions about it, like “why is the top of his mouth bumpy” and “what are these claws for?” – meaning the vicious looking claw on the back foot, my answer was to help him hold down his prey more easily – hope that’s correct! 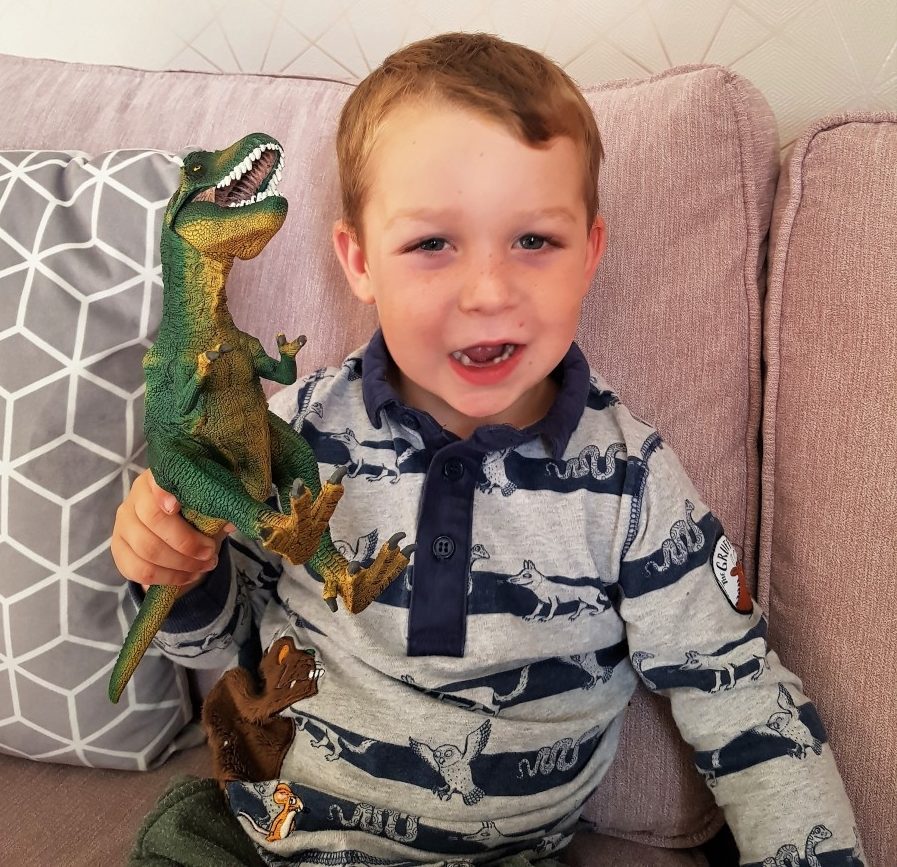 The Schleich T-Rex has a movable jaw, all the better to eat his prey with! At the moment he has mostly been eating the poor farmyard animals that we were also sent, but I guess if dinosaurs roamed the earth today they’d love to chomp on goats and cows! I am always amazed at the imaginative ideas that Arlo comes up with when he gets a new toy to play with, and it’s something that I hope he never grows out of! Creating stories, acting them out, getting other toys involved (batman was riding T-Rex this morning, for example!) 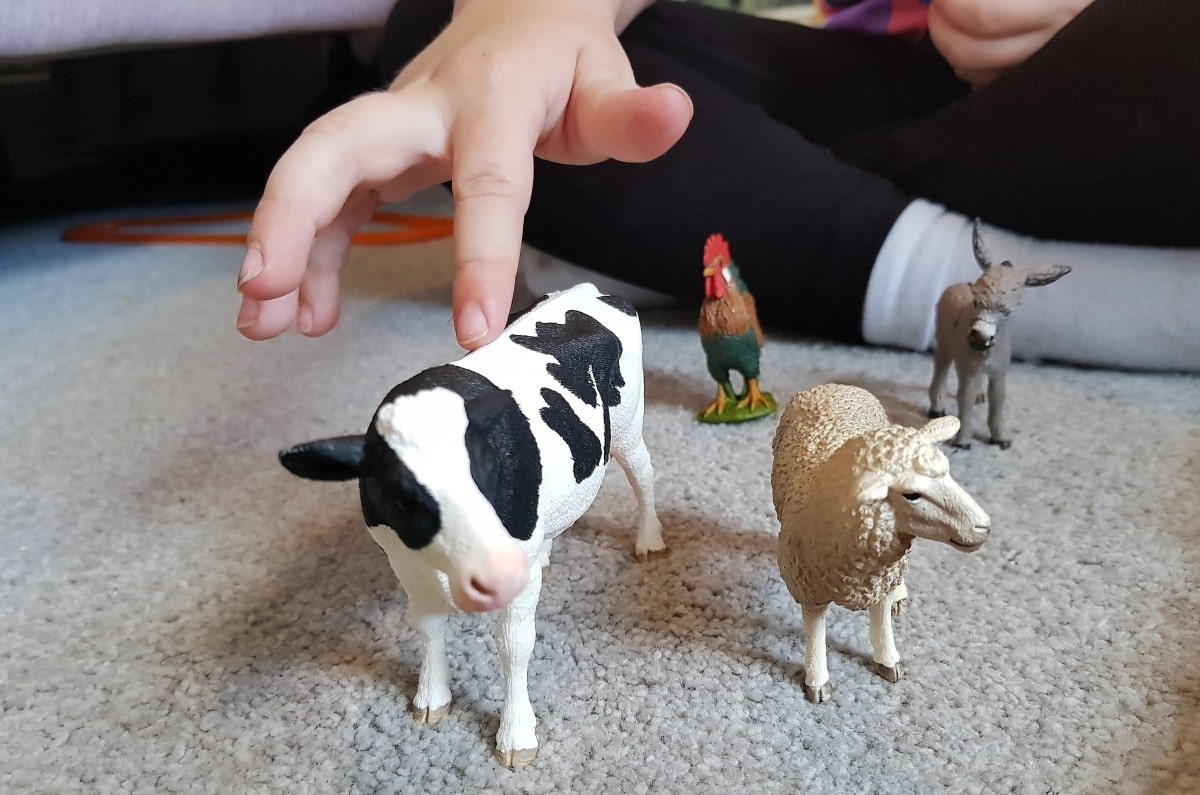 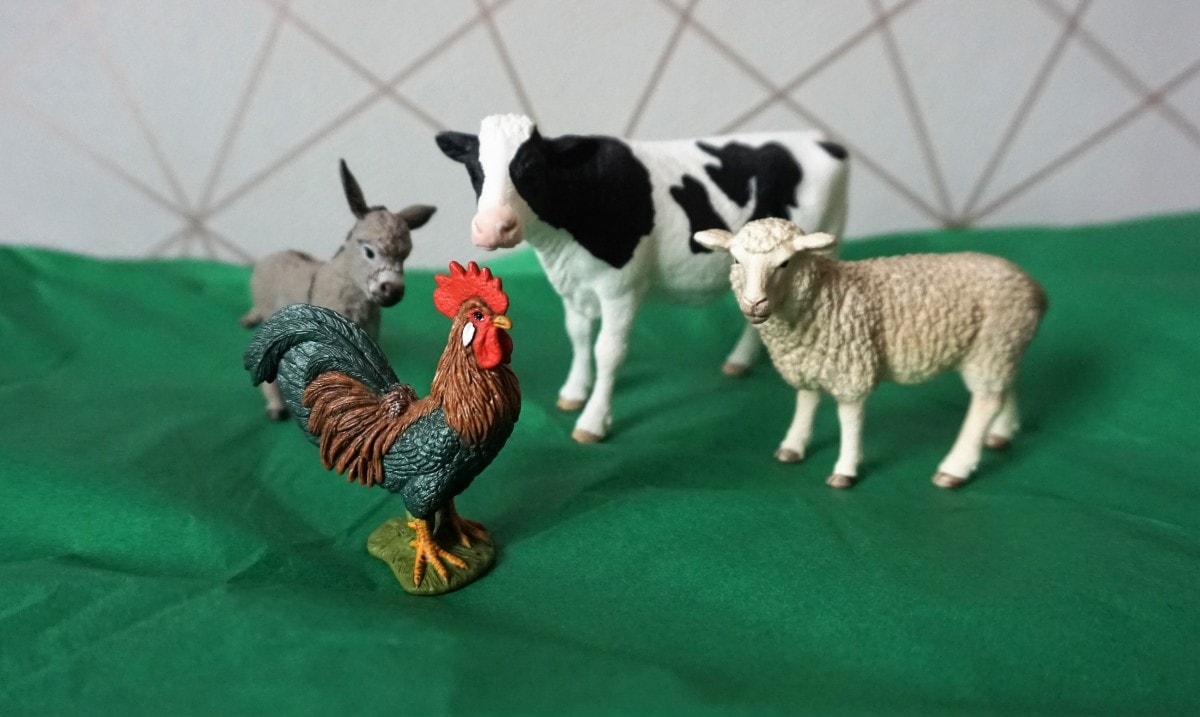 You’re probably familiar with Schleich as they’ve been around since 1935, and possibly even had some animals of your own when you were younger but if not these toys are built to last, they fuel the imagination and the sheer amount of species available is impressive! They’re perfect for starting a collection of animals, and for starting conversations about animals and how they work! Cows have realistic udders, donkeys have hoofed feet etc all finished off by hand, so the details really are special! 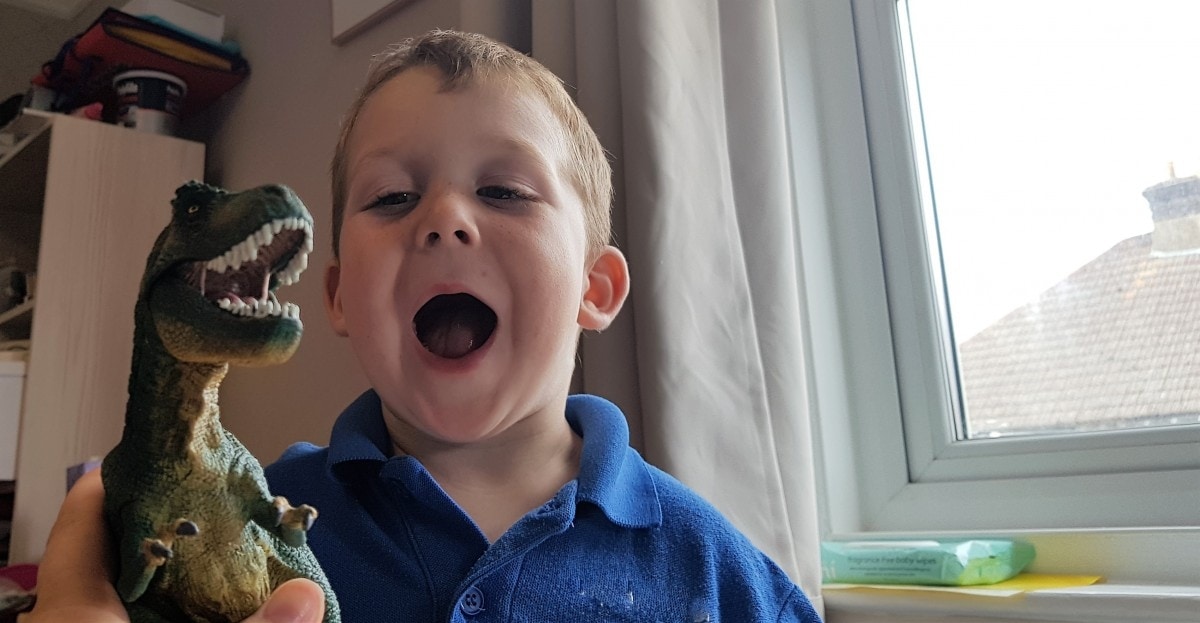 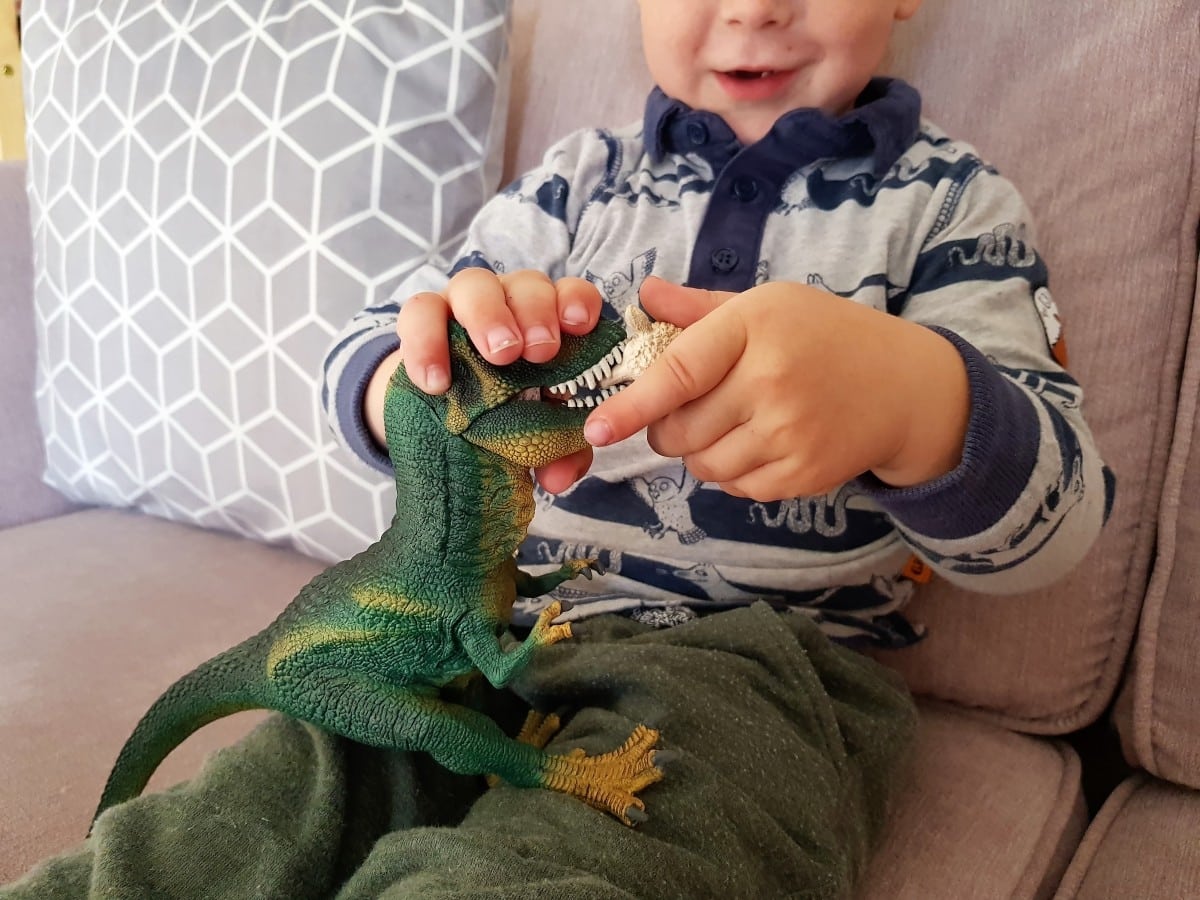 One thought on “Iconic Sleich Animals from George at Asda”