At the moment Athena is definitely more ‘arty’ than she is scholarly, although I know that may change as she gets older! At the moment if you give her a choice of practising reading or doing something with colours and paper she’ll always choose the latter. The smART Sketcher has made her even more keen on drawing now as she is able to draw absolutely anything she wants without frustration! It’s a clever projector that hooks up to an app on your phone, and it has a few different ways to use it:

This function lets you choose from lots of different pictures, from animals to transport and lots in between, and starts with simple line drawings that Athena traces over, presses the next button to see the next part of the picture, traces that and so on! Once complete you can project colour, movement and sounds onto the image so they really come alive! 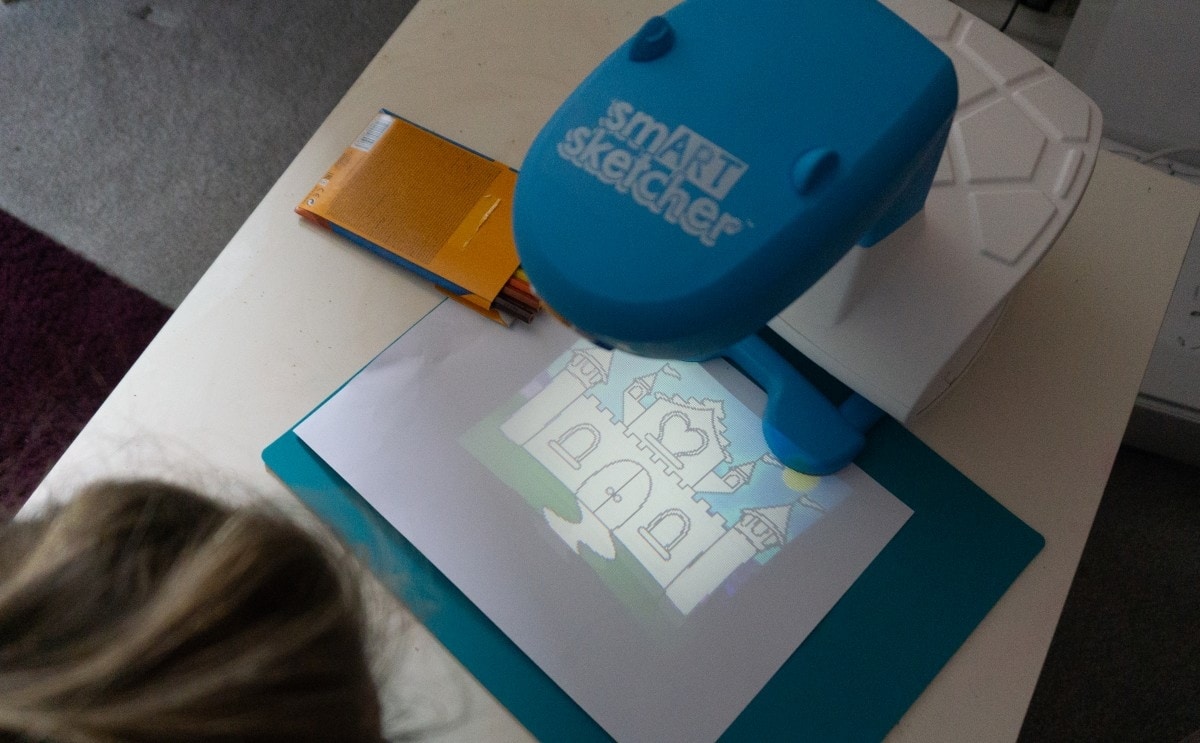 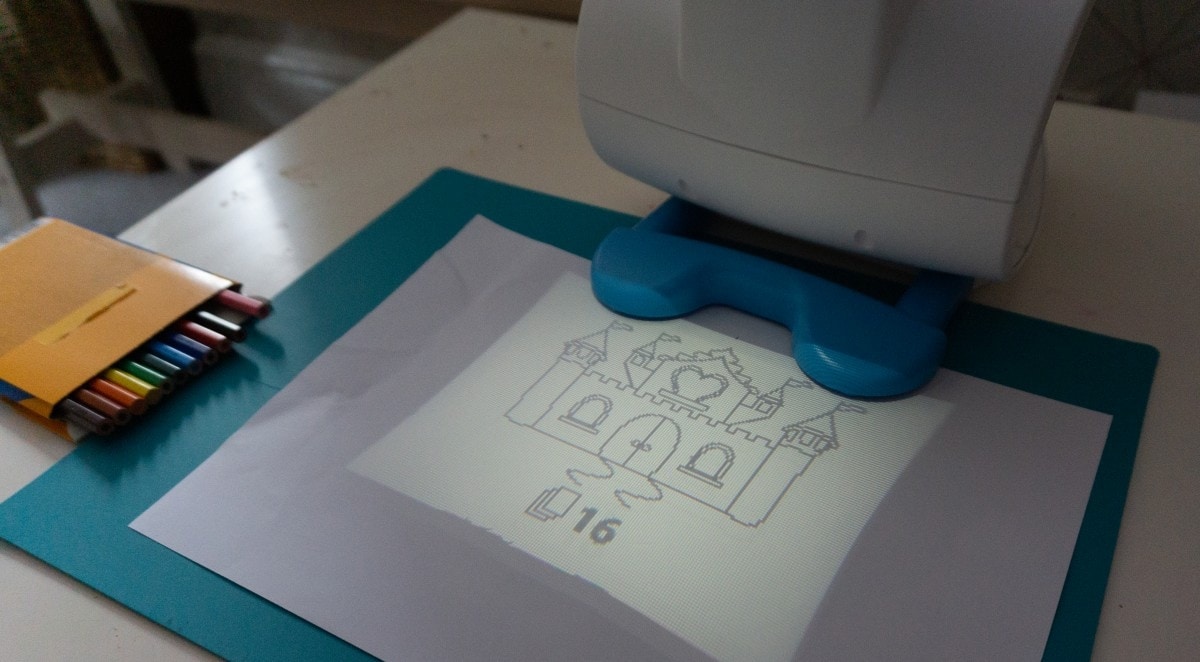 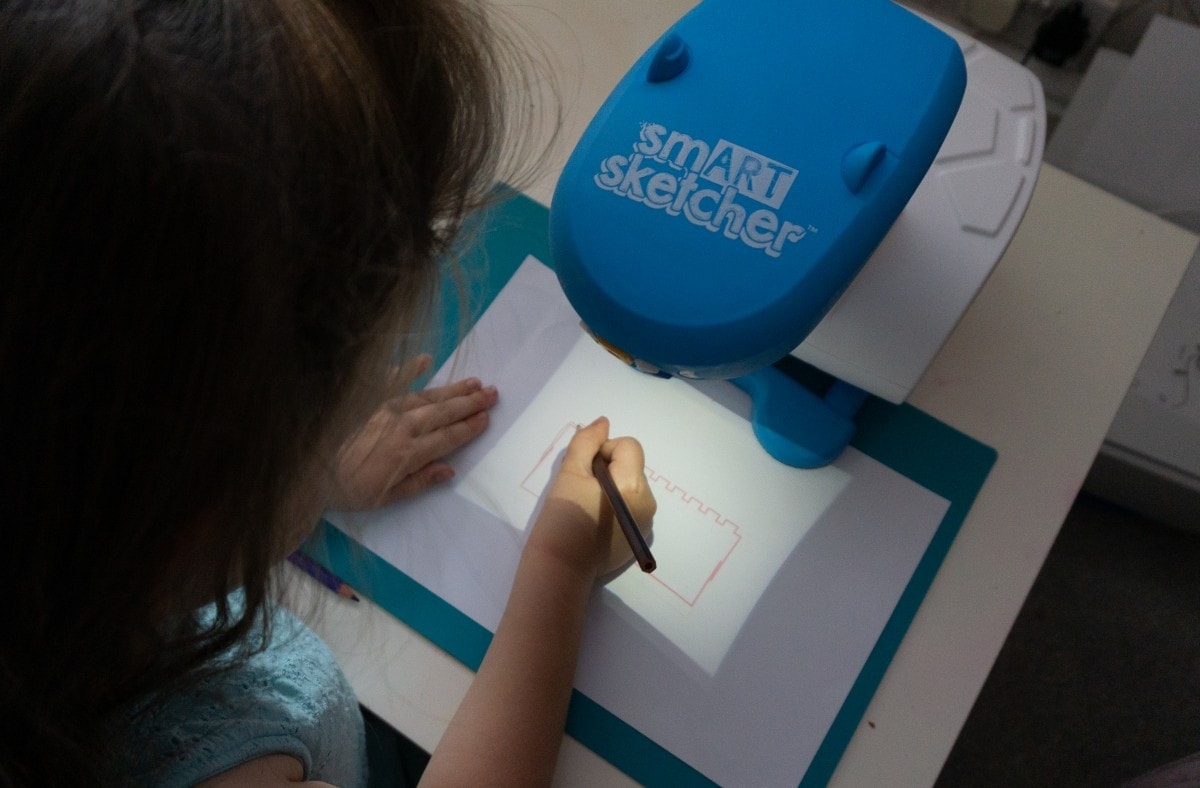 Draw your own Picture

Using a smart phone and the app (which is free in install and use) you can take a photo of yourself, your family, your pet- whatever! Then apply a filter, and send it to the smART Sketcher! Then you can trace it and create your own portraits! Athena has drawn most her her cuddly toys once or twice over already! 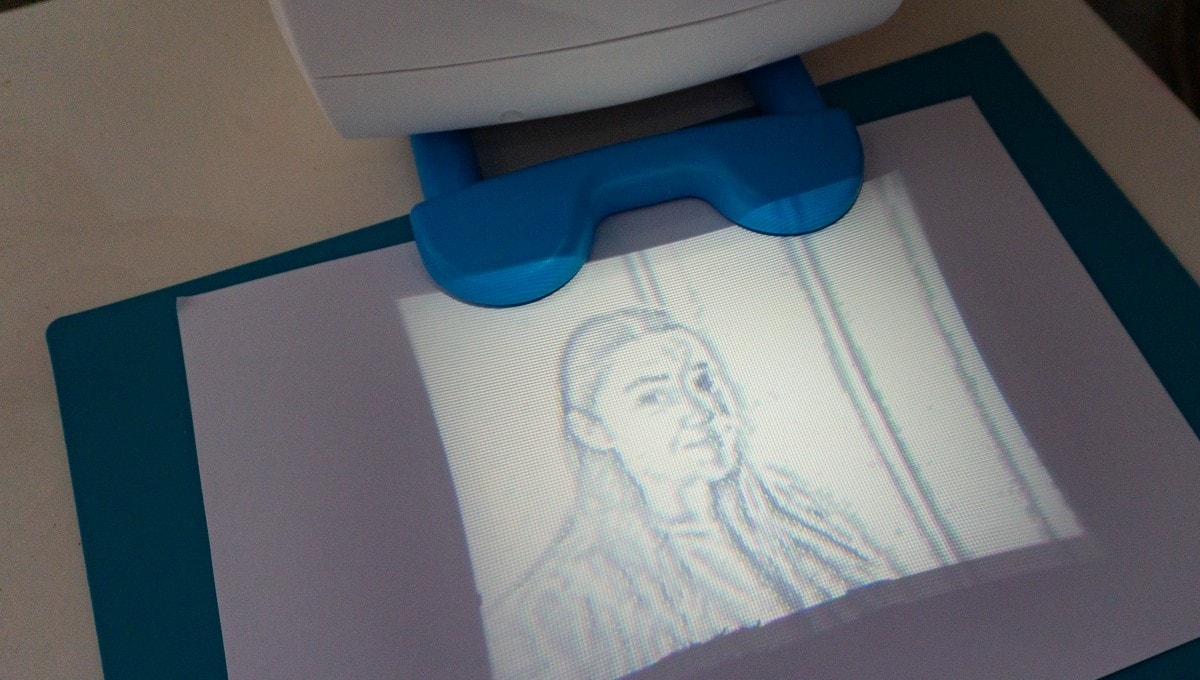 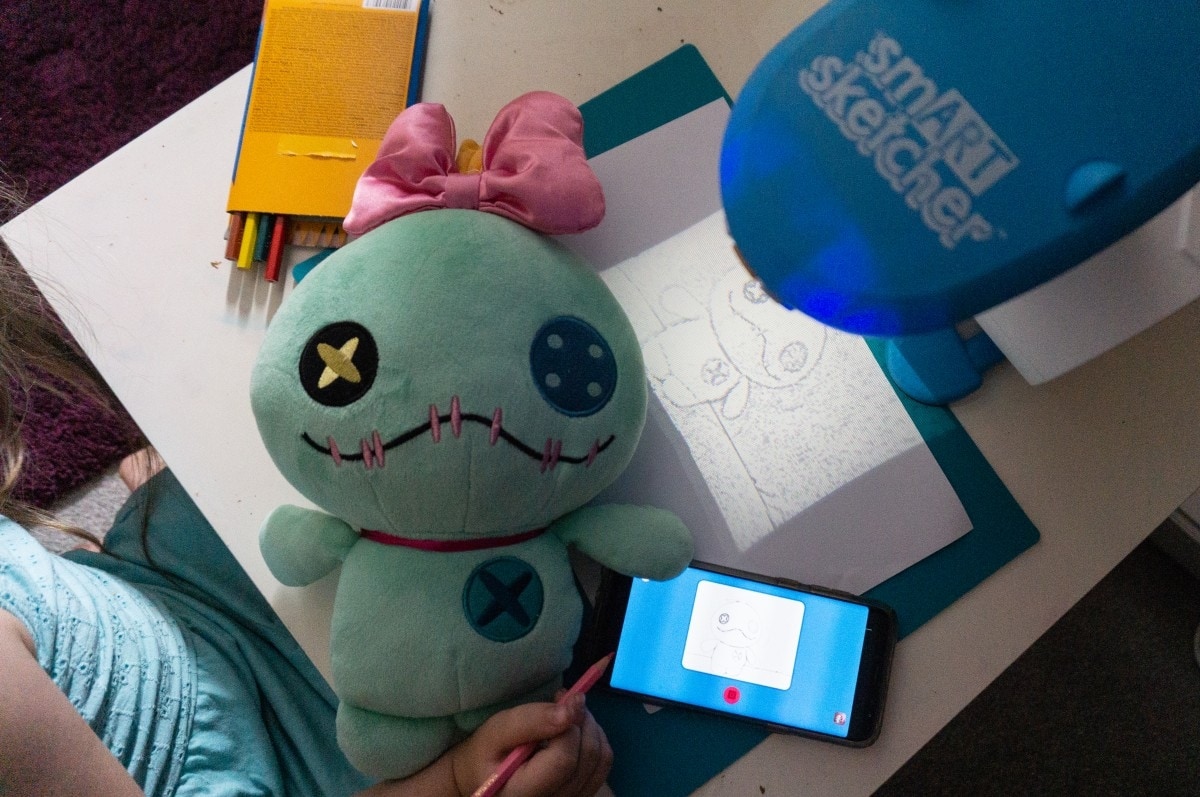 This is a clever function that turns practising letters (both upper and lower case) into a game, and as I said Athena isn’t so keen on this sort of practise at home so it’s a really fun way to get her to concentrate on her writing. Sometimes I’ll tell her she can do two ‘fun’ drawings for five minutes on the spelling and writing section – win win! 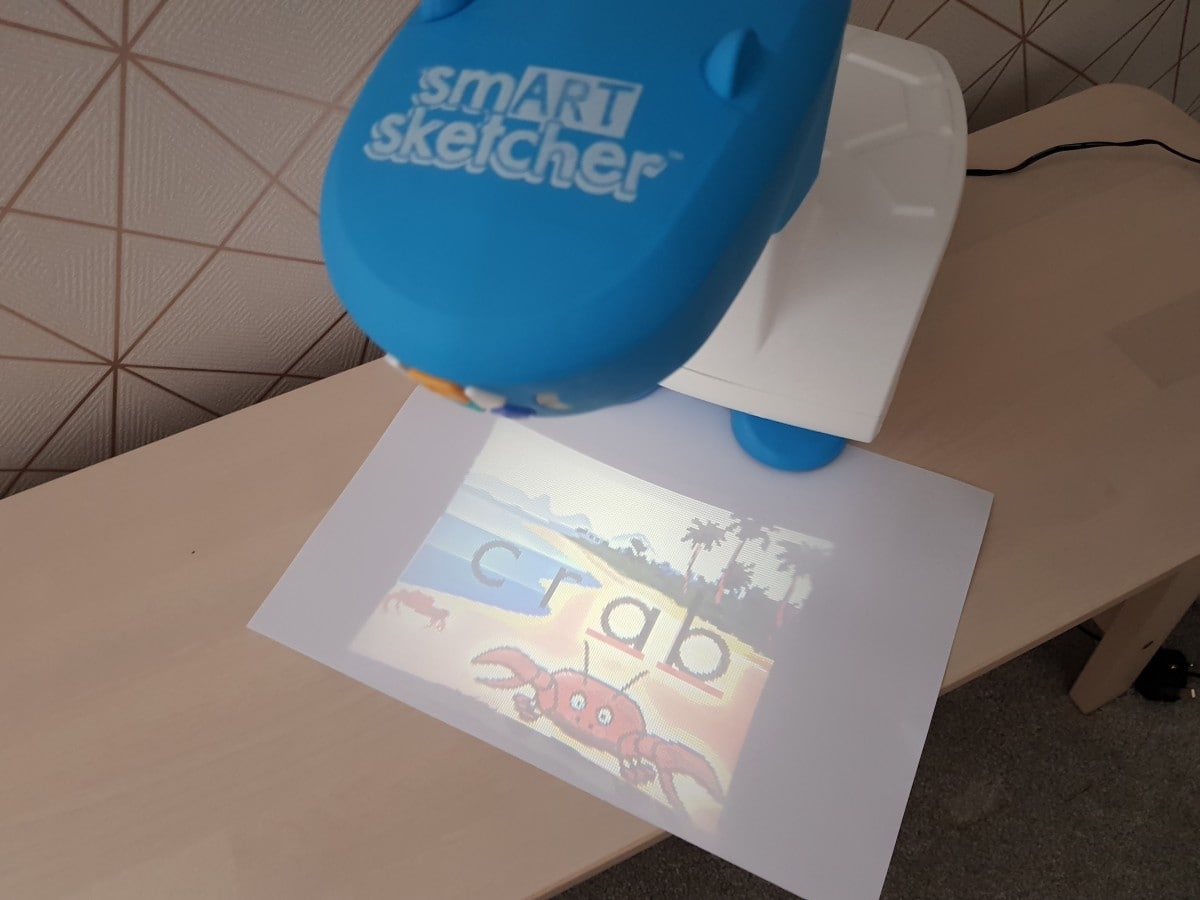 The smART Sketcher was developed by a dad who wanted to involve tech in his kids learning but in an offline way. The activities are based on the curriculum with age-appropriate skill sets. It’s helped with Athena’s patience levels, her hand eye coordination and most importantly of all her creativity! Quite often she’ll see something when we’re out and ask me to ‘take a picture for the sketcher’ so she can draw it when she gets home! 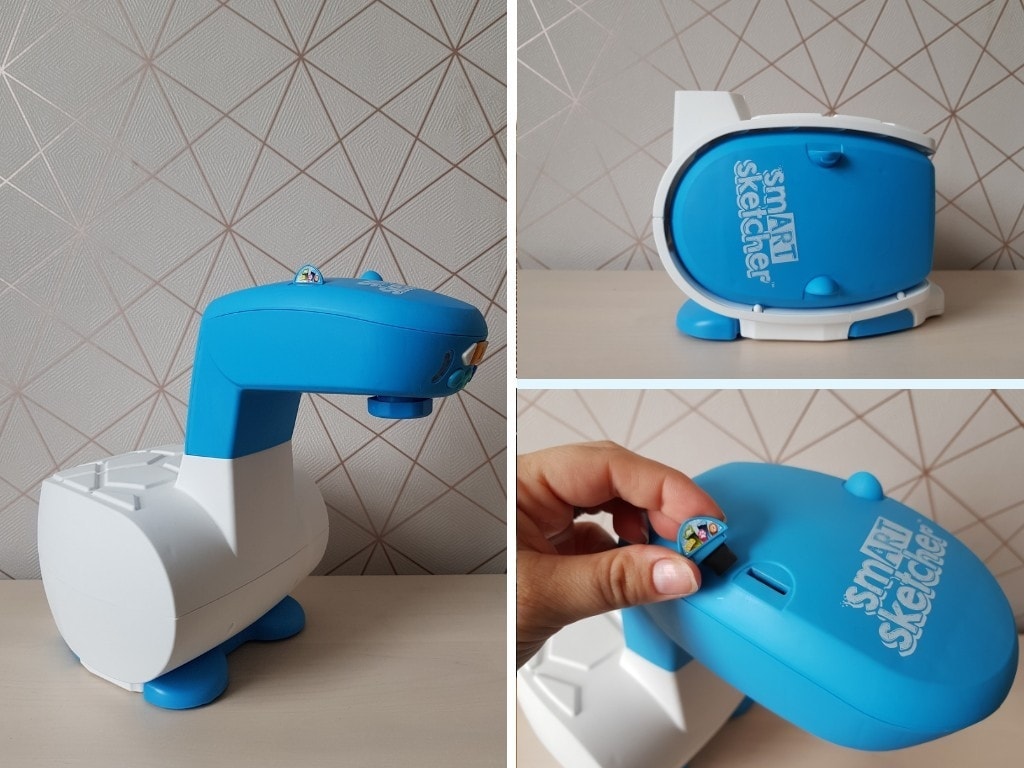 The smART Sketcher looks a little bit like a dinosaur to me, but the blue ‘head’ is removed and stores slotted into the side of the white ‘body’ when not in use, which means it is easily transportable and small to store with the rest of the art equipment! You can run it off batteries but it does come with a mains adaptor which is how we’ve used it. One of the ‘ears’ is actually a tiny USB attachment that links to your phone via bluetooth to connect to the app. It’s really clever and worked right out of the box with no fuss! The buttons on the front are easy to use and Athena had them pegged in no time, and was showing me how it works before I’d finished reading the instruction leaflet!

I can see this being used for a long time yet, Arlo at three is a little young but has given it a go for a few minutes, but it keeps Athena amused for whole afternoons as she has a much better attention span and it’s popular with the friends she’s had round to play too as they’ve taken turns drawing each other!

You can find out more about the smART Sketcher Projector here: www.character-online.co.uk or buy from Amazon here. 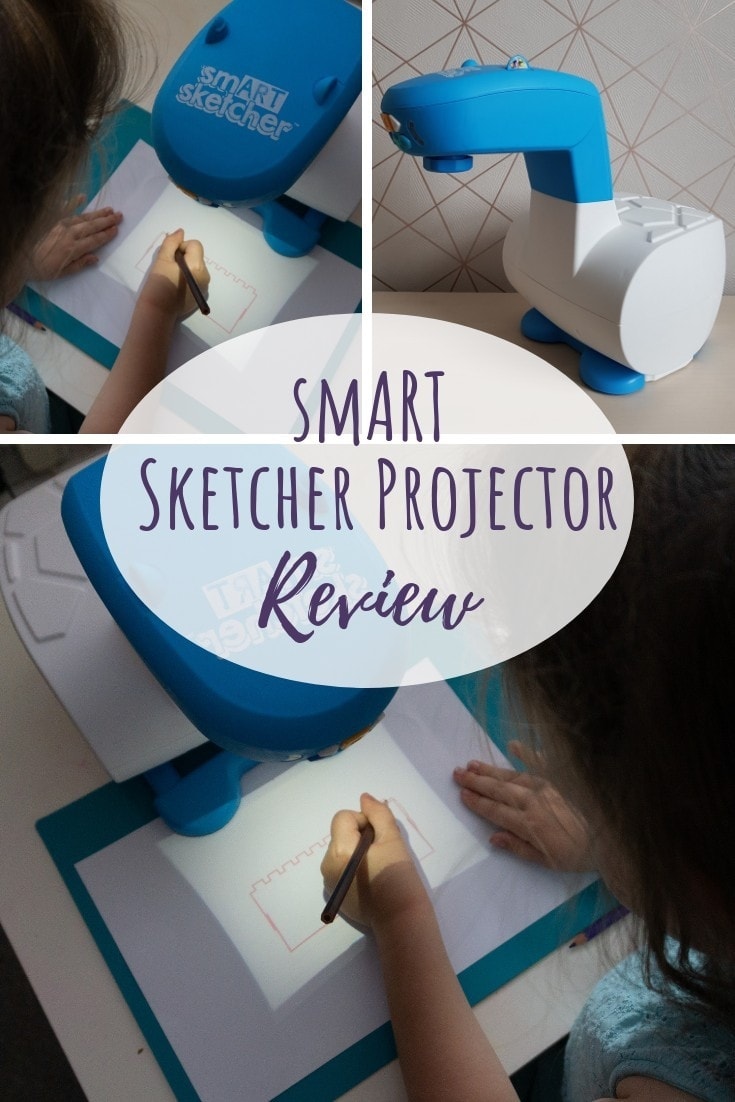 One thought on “Getting Arty with the smART Sketcher Projector!”