This week was my Birthday week! I turned 33 on Tuesday! I still don’t really feel like an adult though (will I ever?) but it was fumy looking back through my timehop app and seeing birthdays from the past 10 years! Most of them were spent out of the country in fact, France last year, Prague, Germany, South Africa… I used to always try and be out of the country for my birthday as I thought if I celebrated it somewhere different that it didn’t really happen! Birthdays in your 30’s are a bit naff anyway really, I got some lovely cards and some vouchers and money that I think I am going to put towards a little portable laptop. 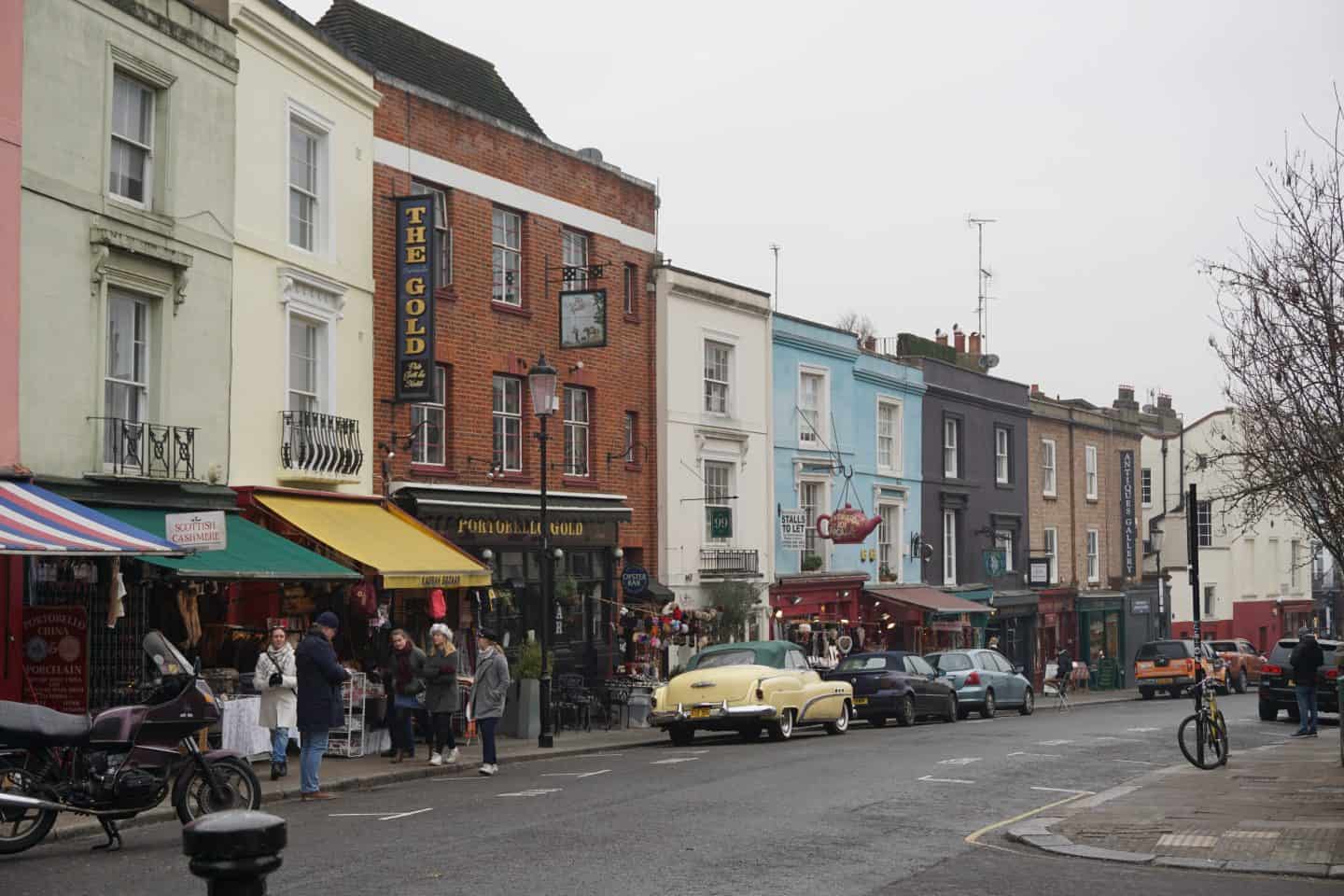 This year I spent it away from home, I went to London on Monday morning and spent a chilled (also chilly!) day strolling down Portobello Road, stopped for some Chinese food for lunch and then headed to my hotel for an afternoon nap! In the evening I headed to Covent Garden to meet my friend Holly for a wander and dinner. Holly is someone I met in an AOL chatroom when I was about 15, we met up a few times including a bizarre night out in Brighton and a crazy house party at mine and then she went to Uni and I was working full time and we never saw each other. Thankfully we kept in touch on Facebook and she’s just moved back to the UK and it was SO good to catch up properly! She’s going to come down to Brighton soon for a day out, and to meet the sprogs! 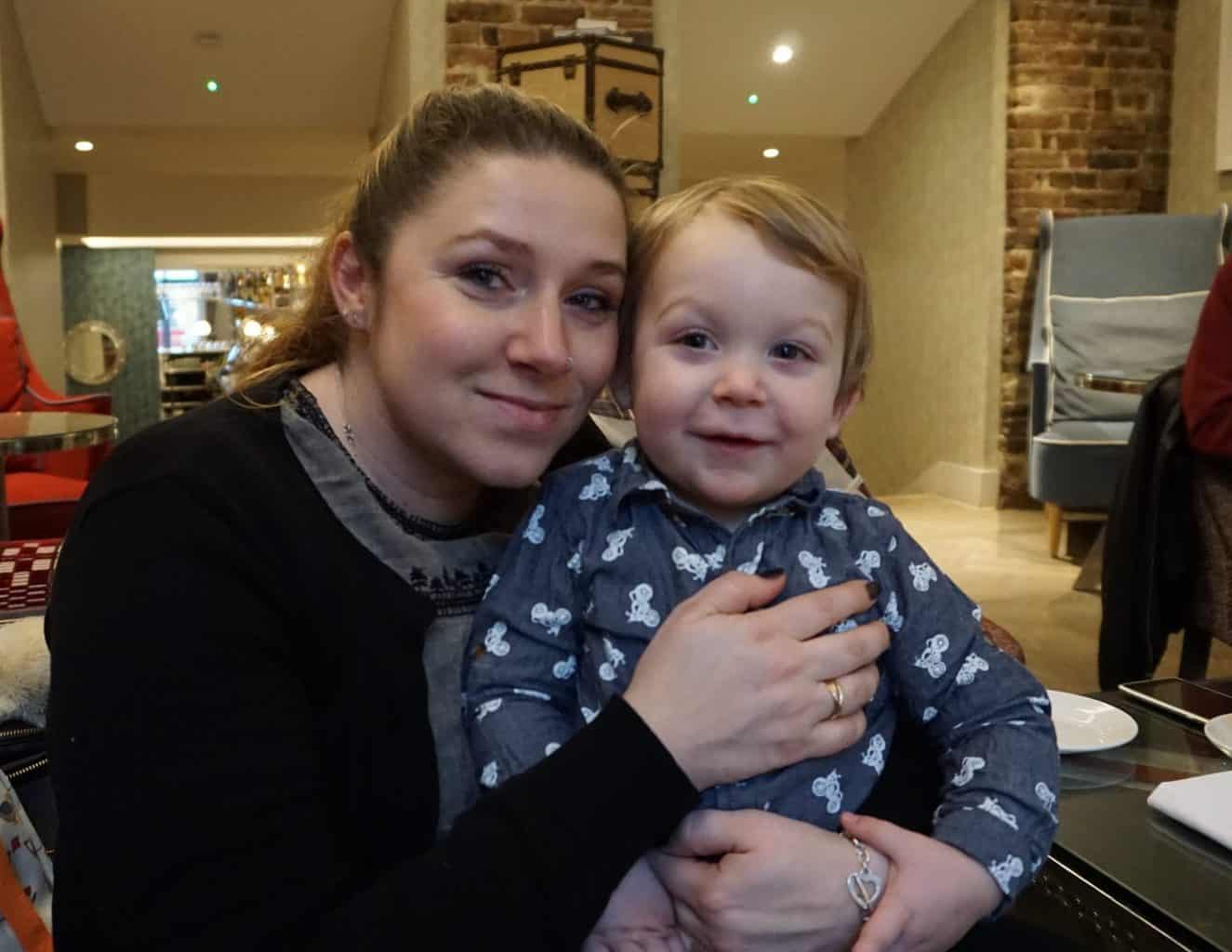 Sam’s dad also came to stay for a couple of days this week, we had a lovely cream tea on Wednesday afternoon! On Thursday disaster struck, and Arlo who had another cold was joined in the ‘sickbay’ by Athena, who fell over on her way to preschool and smashed her mouth up pretty badly. She had a huge fat lip and had bitten right into it, splitting her upper lip tie and pushing one of her teeth slightly out of place. The doctor said it’s likely that the gum will harden as the swelling goes down and she’ll be fine, but we’ll have to wait a few days to see. In the meantime three days later the swelling has gone right down and she’s just got a lot of scabbiness on her top lip, poor thing! She was very brave though, even if she had to drink everything through a straw for a couple of days! I’m also feeling like I’m coming down with something, I’m so tired that most mornings when I get up with the kids I fall asleep again on the sofa… I did it this morning and was woken up by Arlo shouting EGG EGG at me, clutching two eggs he’d taken from the fridge! There were three smashed eggs on the kitchen floor too, joyful!

On to this weeks #LittleLoves…

I finished ‘No one ever has sex in the suburbs’ which was a speedy read, as most chick lits are. I was drawn to this one because of the ‘new parents’ struggling aspect, but it was formulaic and predictable. I’m reading a ‘proper’ book now which i’ll hopefully find time to finish this week.

This week I finished watching the last series of Fresh Meat on netflix, watched the first episode of the new Call the Midwife series and Sam and I both managed to stay awake for Emperium. Now I still find it hard to watch Daniel Radcliffe in anything other than HP, though he can actually act these days! He played a skinhead undercover FBI agent, but the whole thing wold have been more believable had he just been a few inches taller I think, he was dwarfed by all the other actors.

Athena singing Happy Birthday almost every day since my Birthday, it’s very sweet but when it’s at 6am in the morning it’s a little grating!

I heard a lot about new toy releases for 2017 at the Toy Fair! I also listened to podcasts on the train to and from London, mostly Answer me This and All Killa no Filla (which is a comedy podcast about serial killers, I can’t recommend it enough!)

Not a great deal, having eaten out about six times this week for various things I’ve not had a chance to cook anything at home really. I am about to go to lunch at a friends house too! I did make a start on decluttering our kitchen last night, we have a gigantic cupboard up above the fridge that was full of things we’d not used since we moved in over nine months ago… so I put it in a box on our dront door step in the hopes people could take anything they might use but alas it tipped it down and is probably still there! I’ll have to salvage it and see if the charity shop would like it!

Mostly leggings, I have put on a tonne (almost literally, haha – feels like it anyway!) of weight and my jeans are too tight, as are a few of my more slim fitting tops. I need to start exercising!

I’ve enjoyed having a week off the blog, and minimal social media stuff too. Once or twice a week I am going to have a ‘black out’ night and just chill with a book, a bath or Sam, if he’s home! I’m fairly lucky that I have a few evenings a week when he is at work to blog or work without feeling bad we’re not doing something together!  We had a nice little walk yesterday with some friends, Athena didn’t let the chilly temperatures put her off having a splash! 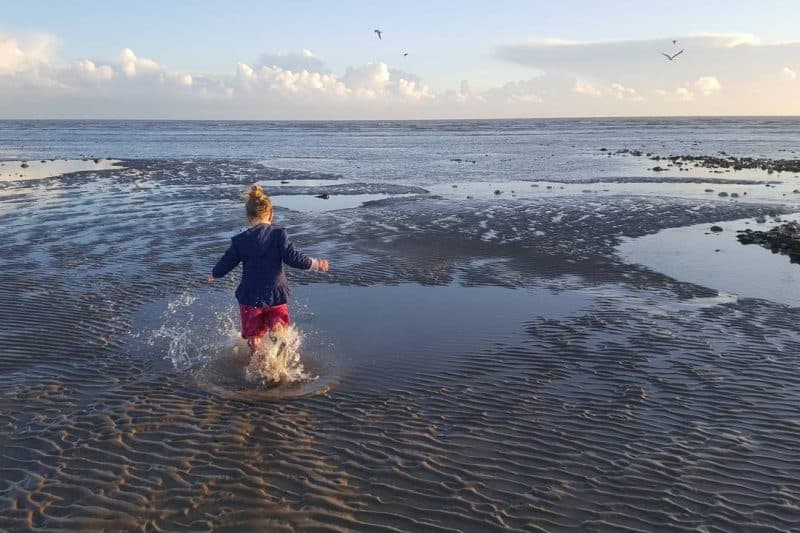 5 thoughts on “Stuff on a Sunday – Birthdays & Fat Lips”