So I missed last weeks Stuff on a Sunday post, and I genuinely can’t remember what I got up to on Sunday or Monday this week, which is a slight worry really!

Tuesday – Athena was at Nursery and as Sam didn’t have work till 3pm we spent the morning having a big clear out and then moving our room around, so now I feel a bit better about the stress I talked about in this post.  I also managed a little nap before I picked her up from Nursery, and she pointed out all the cars on the way home, which didn’t get old at all! (It did but it was cute!)

Wednesday & Thursday I worked, although I had a Churros and tea date after work with my friend Karina who I’d not seen since before Christmas. We had a good catch up and even swapped some makeup we no longer used, hurrah!
Friday was the day of The Baby Show and we all headed up to London in the car because I couldn’t face the thought of taking Athena on a train and probably needing to take at least 12 trips to the horrible train toilet. Thankfully Sam was fairly keen to go anyway and is a sales persons dream because he’s happy to talk about anything to anyone! I’ve got a couple of follow up posts coming about two launches I attended. Athena had a fun hour and a half in the Creche so we could have another stroll around without her launching off in the opposite direction! We actually didn’t buy very much, some buggy clips and a taggy blanket/teether thing! We looked at a few tandem buggies but are still no closer to deciding which one we want! 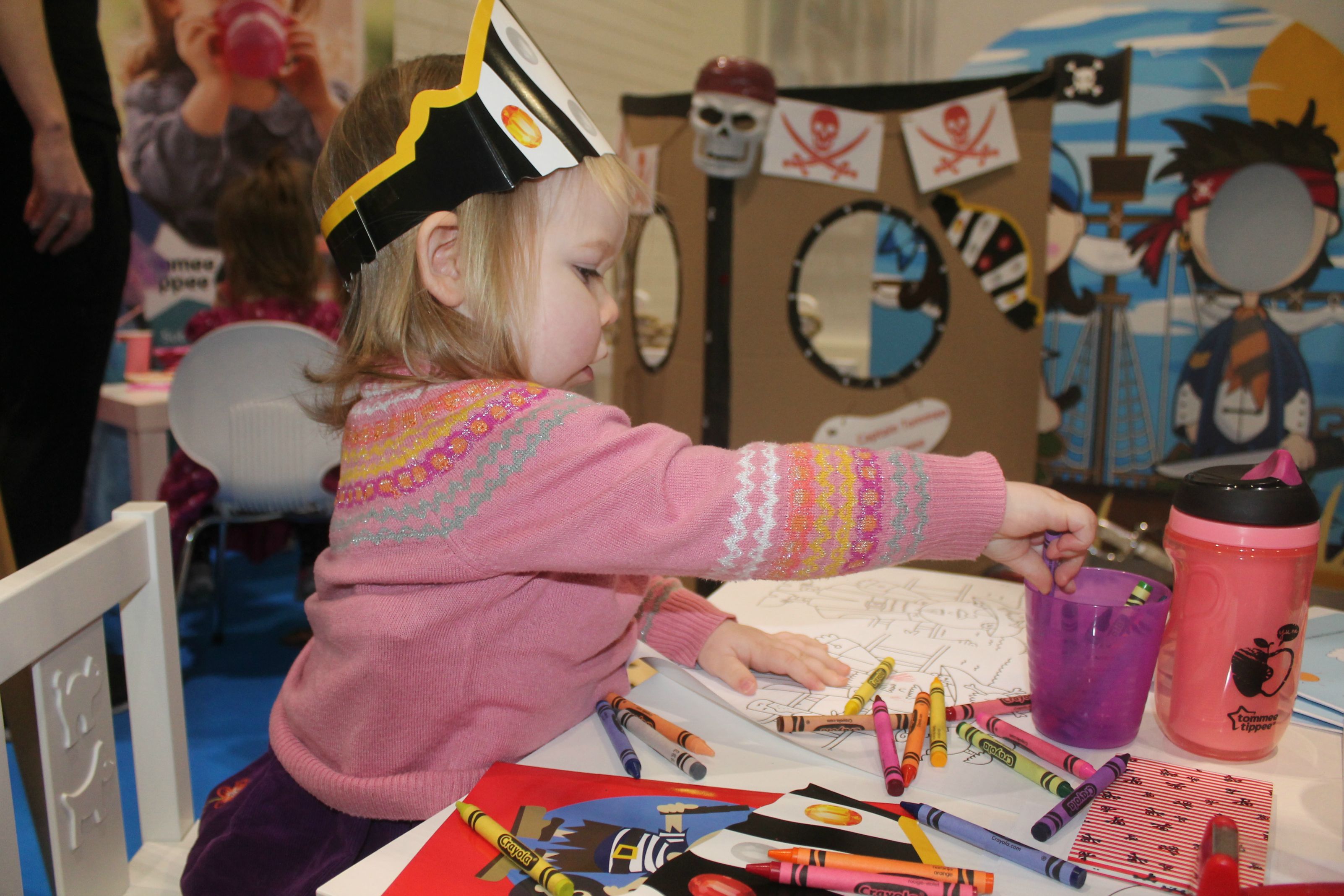 After picking up Athena from the Creche we headed in the direction of Ikea at Lakeside to pick up a few bits. We stopped for a late lunch first where we discovered Athena is a big fan of the meatballs, she devoured six! We shot through our shopping list fairly quickly and I wad very good about not getting distracted by things that weren’t on it!
On the way home we stopped in at the restaurant next to the hotel Sam manages as they were opening up after a 2 week refurbishment, so we thought we’d take a look and also scoff some puddings! Bellies full I drove us home and we were all in bed exhausted by 7.30pm. Oh and I turned 34 weeks pregnant too!

On Saturday I woke up feeling awful, overnight I’d got up around 4 times to pee and also discovered my left eye had gone gammy and conjunctivitis-y. By the morning my nose was streaming (actually a welcome change from the constant bunged up-ness that pregnancy does to me) but I also had a sore throat and a banging headache! I’m writing this on Saturday night and still feel pretty horrific, but I’m hoping another early night might help!
This photo is from Friday after ikea, where I was waddling along holding my bump for support having been stood up or walking for the whole day, and Sam spotted that Athena was copying what I was doing and managed to get a photo! She’s such a cute little copycat!

So, I’m feeling a bit more upbeat about things now than I was at the start of the week, and am really looking forward to finishing work on Thursday to start maternity leave so I can (hopefully!?) get a bit more rest, because boy am I exhausted! I know I shouldn’t wish the rest of my pregnancy away but I would be happy not to be carrying around this mega bump all day, plus the aches and pains that go with it!

Arlo got to hang out with his best friend from his

Another month in half a minute ⏳ Weird to watch

Ad|gifted 🎸🎧🏕️ Some more memories from