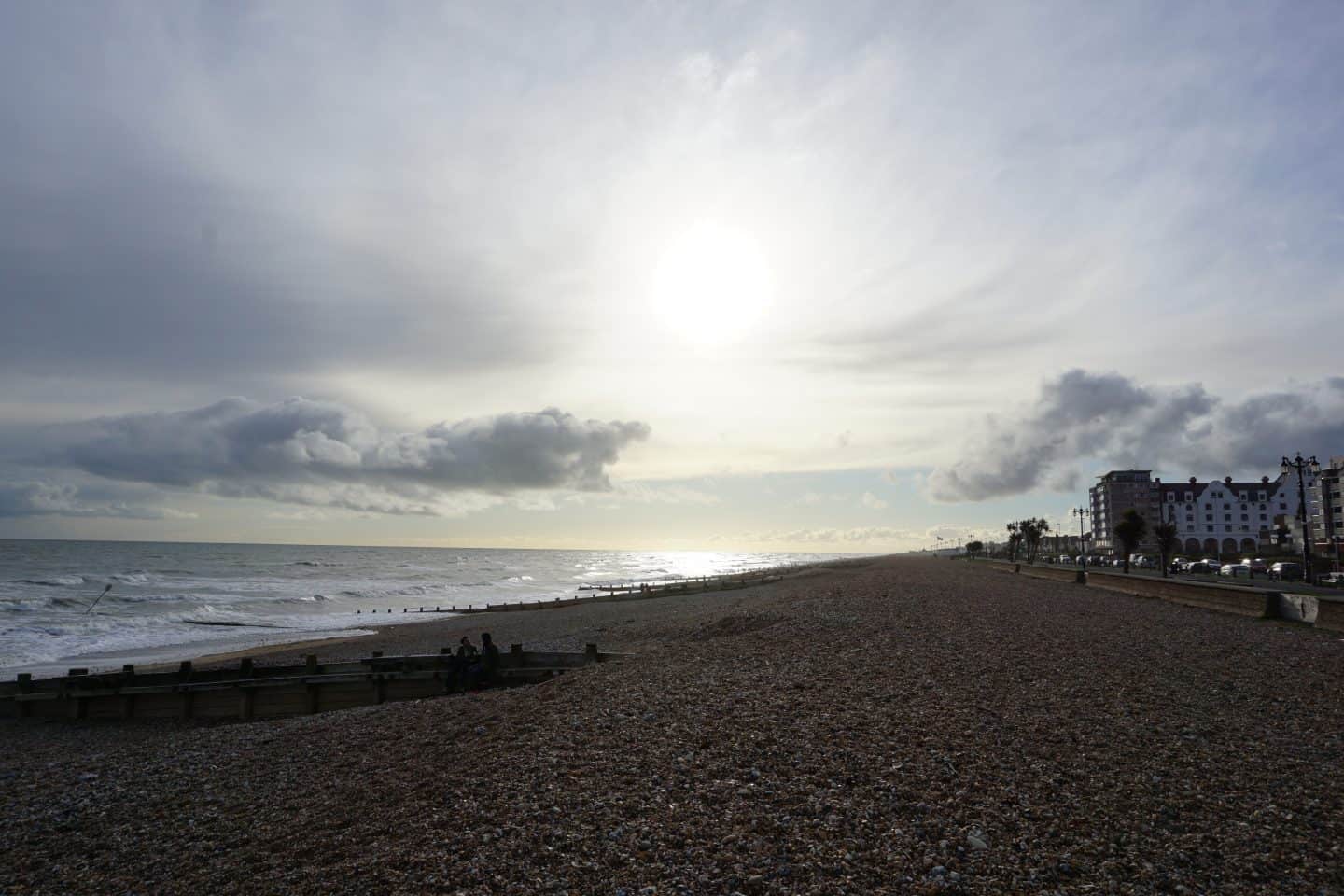 I survived a week of lone-parenting, just; it was a close call! Yes it could be difficult for the best mommy influencers too. I am full of cold, you know the type when even your tongue itches? And your tonsils are swollen… that sort of cold. Both kids have runny noses too, oh and my eyes are super itchy. However we survived, I kept on top of the washing, re painted bits of the kitchen and playroom and even put a blind up in the bathroom. The kids spilt a whole bottle of water over the sofa, and emptied a cheerios over two different floors on two different days, fun. Sam got back late last night having had a lovely Snowboarding holiday with no broken limbs, hurrah, and has promised me a lie in for Mothers Day today (I’m typing this on Saturday night) 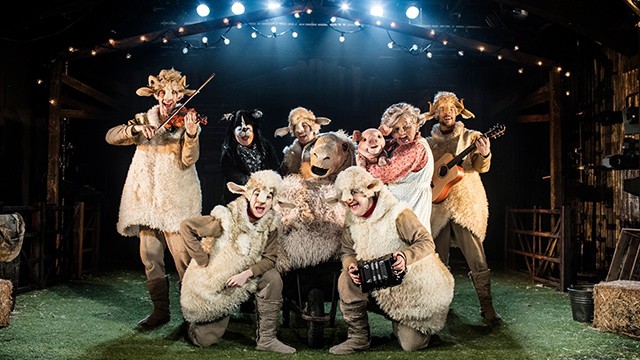 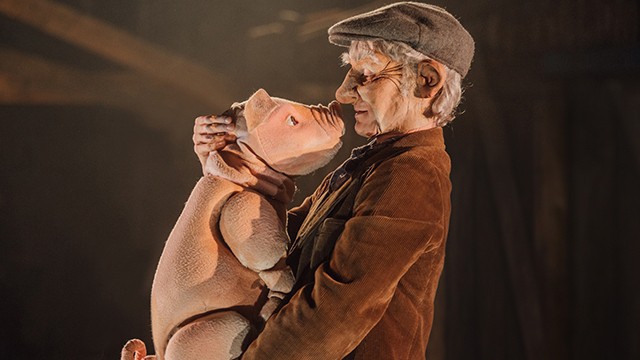 Along with all the tears and tantrums of the past week there were actually some lovely bits. We had a nice little scoot along the seafront on Wednesday, then I treated the kids to dinner at Asda (oh yes, for them that’s a treat apparently!) On Friday night

Athena and I were invited to see Babe at  The Connaught in Worthing, which was just amazing! For a start it was so nice to do something with just her, we so rarely get to spend time together! We had a little drink in the bar before being shown to our seats and it was so lovely to remember the pure excitement and joy of seeing a live action show at the Theatre through her eyes! The show itself is so cleverly put together, with the ‘Sheep’ also playing other characters, like the reporters plus one was operating the pig puppet as Babe. Fly’s puppies were also puppets, but Fly and the sheep were actors dressed up. I really wasn’t sure what to expect but was captivated by the mixture of songs, dance and acting to portray the classic story. The stage set was simple but effective, with barn doors opening to portray any inside scenes, and gates and hay bales being moved around to create specific areas. There was one scary scene (where poor Maa meets her untimely death at the hand of a wolf) and I thought this might be a bit much for Athena, but oh no! “The wolf was my favourite bit” she told me! Add in some audience participation in helping Babe to remember the password to get the sheep at the sheep trials on his side and I think you’ve got the perfect show! The actors were all spot on, even though the sheep had masks covering a lot of their faces they were still so emotive! You can find future dates for Babe The Pig will be this year here, and see what else is on at Worthing Theatres here. 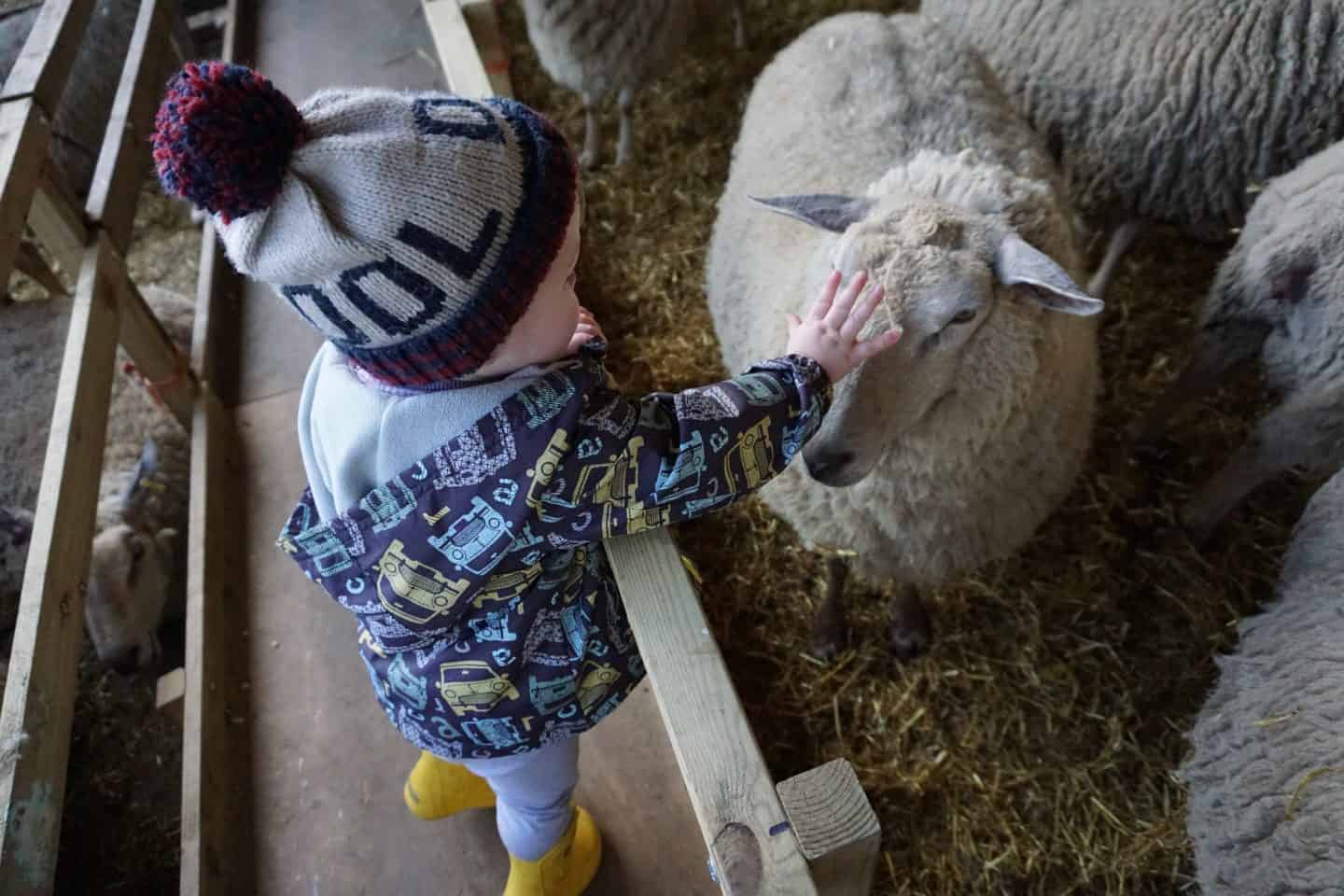 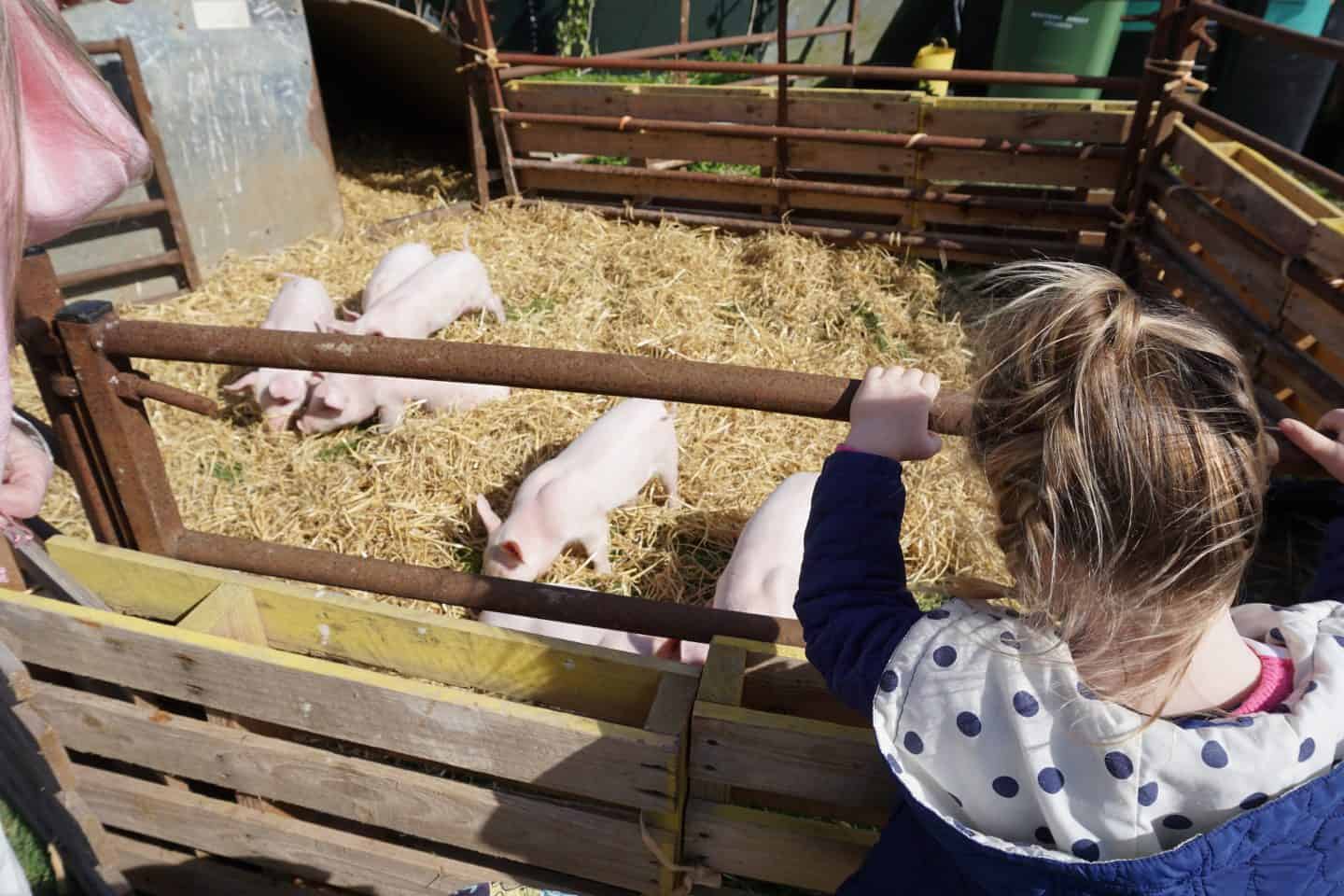 We continued the sheep and pig theme by heading to a local farm on Saturday with my mum in tow; we saw a lamb being born, got to play with little orphan lambs, saw 4 week old piglets and went on a tractor ride up onto the Downs. Arlo is a huge fan of tractors and even tried to get on a moving one, he really does keep me on my toes that kid!

Onto this weeks #LittleLoves…

I finished a book that I gave 5 stars to on Goodreads, which is rare. I’m not sure I’ve given 5 stars to anything before! The Light of the Fireflies was right up my street anyway, dark and mysterious, it follows the story of a family that live underground, and see nobody. Told from the position of an 11 year old boy born in the basement it’s a tale of a twisted family. I don’t want to give too much away but I’d recommend it to anyone who wants a good book to get stuck into. At 340 pages it’s quite long but I finished it in four days as I couldn’t put it down. Originally written in spanish the translation is so good you wouldn’t know. At the start of the week I read ‘The Big Fat Gay Honeymoon’ which is by the Two Chubby Cubs slimming world bloggers, and although not written wonderfully it’s pretty entertaining and would be more so for someone who was into Theme parks in Florida, which I am not! So I’ve read 11 books out of my target of 40 for 2017.

This week I have someone managed to find time to watch all of season 2 of LOVE on Netflix, which is a show I do really love! It’s like a modern day romcom but so real and relate-able (Well, sort of) at the same time! I’ve also seen the first 5 episodes of Big Little Lies, which is a book I loved. It’s a shame its been americanised as the novel was set in Australia but hey ho, it’s good!

I made a slow cooker, syn free Chicken curry, plus a 5 bean Quorn chilli this week, both of which were pretty good! I also made the kids try Melon and surprise surprise they enjoyed it! I wish they’d be more open to trying new things, it’s not like I’m trying to poison them!

My new Nike  trainers, I didn’t actually run in them yet… but it’s a start!

This week is a nice family week! Arlo turns two next Friday so we’re off on a road trip to Marwell Zoo, Paultons Park and have a couple of nights in different hotels booked too, I can’t wait! Just three days of work to get through too, they’ll be busy ones too as I want to get everything done so I can go away hassle free!

Happy Mothers Day to all the mamas, I hope you get truly spoilt! Here’s my mum trekking up a hill with my kids next to a really weird shaped branch… 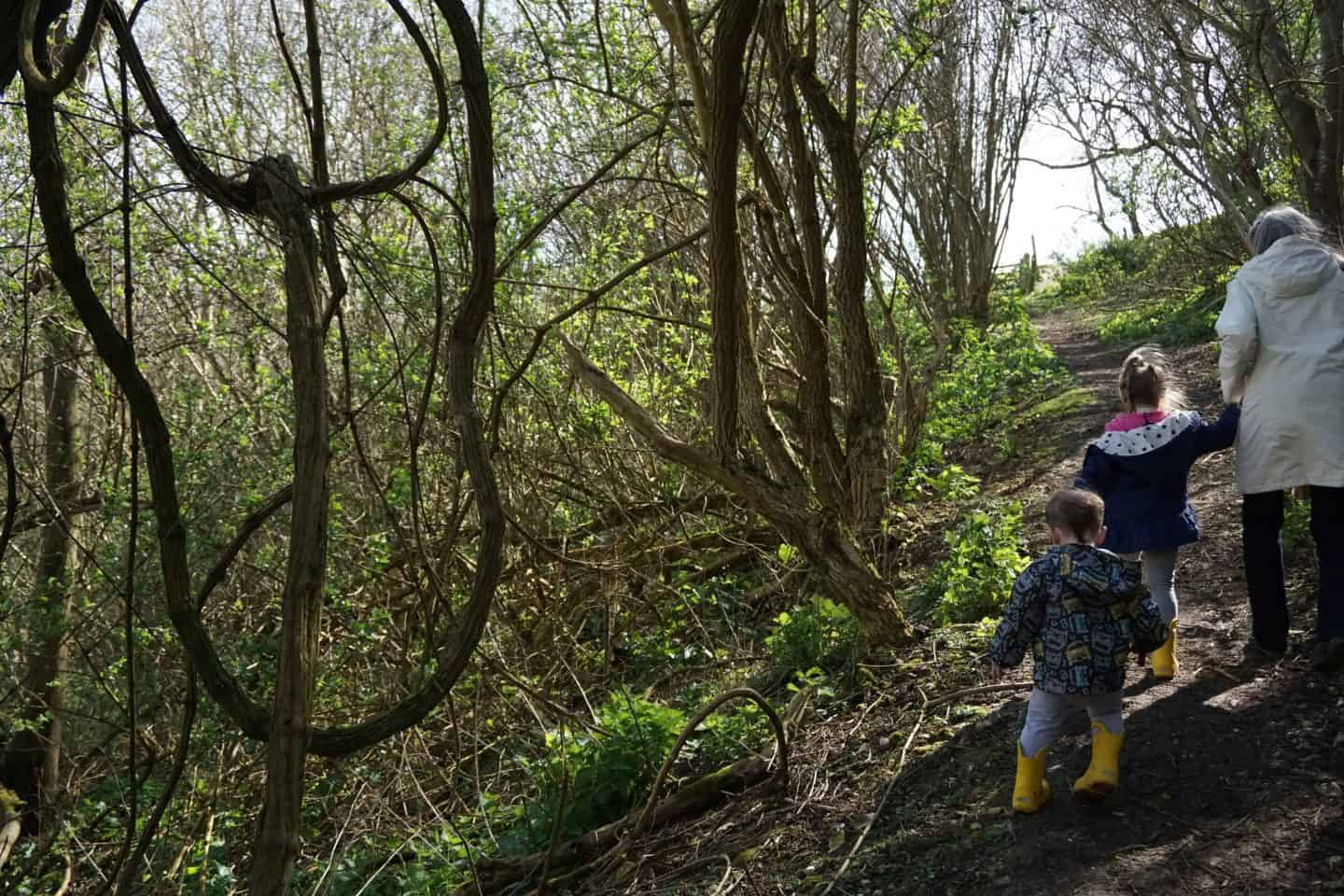 One thought on “Stuff on a Sunday – Lone Parenting, Babe & Sheep”