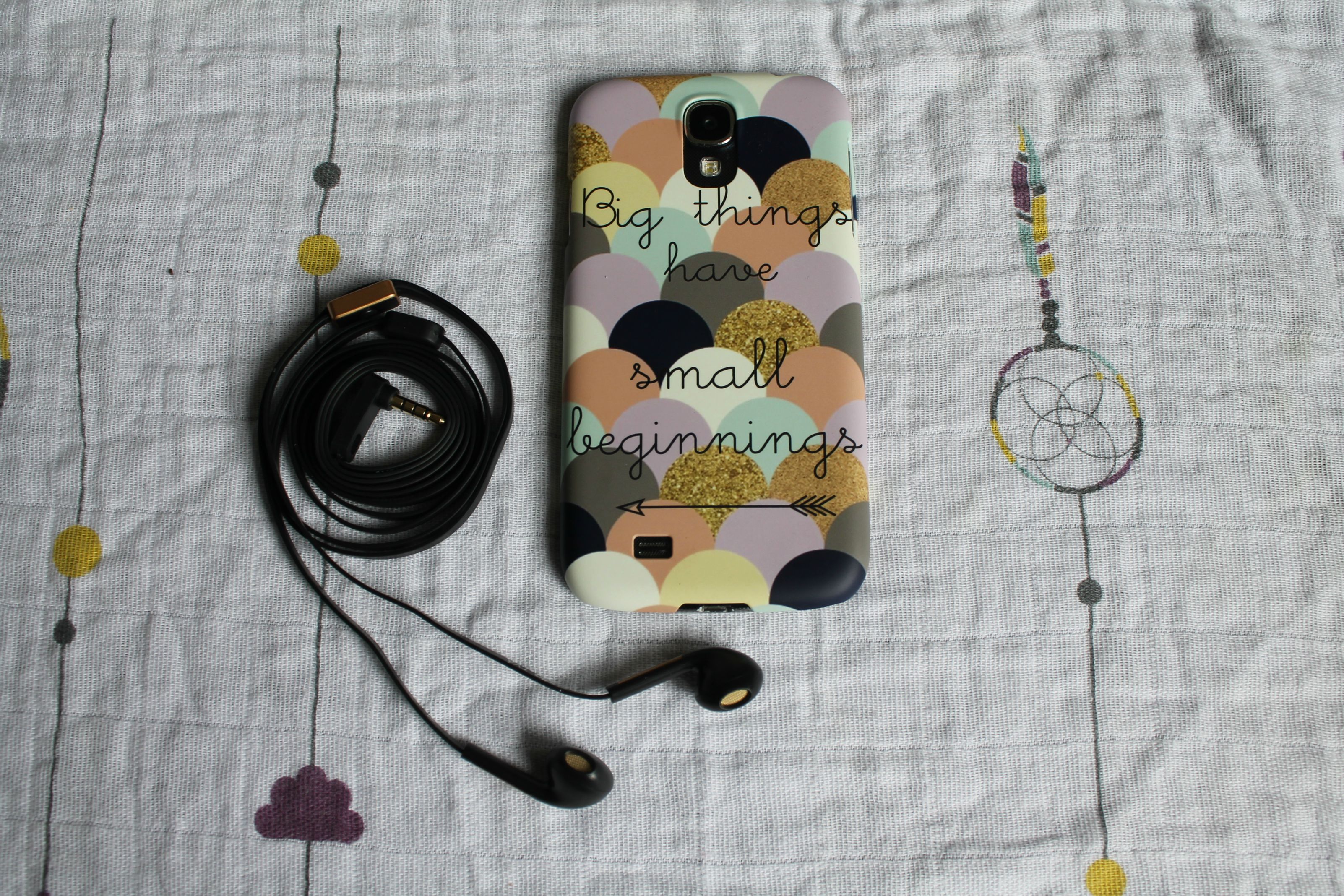 I am attached to my mobile phone for much of the day, taking photos, flicking through instagram, reading on the kindle app and then when we’re out and about I often listen to the radio or podcasts if both babies are asleep (bliss!). I also listen to music during the night feeds so a good set of headphones that are comfortable and give good sound quality are vital, in case I fall asleep listening and so I don’t wake Sam up! 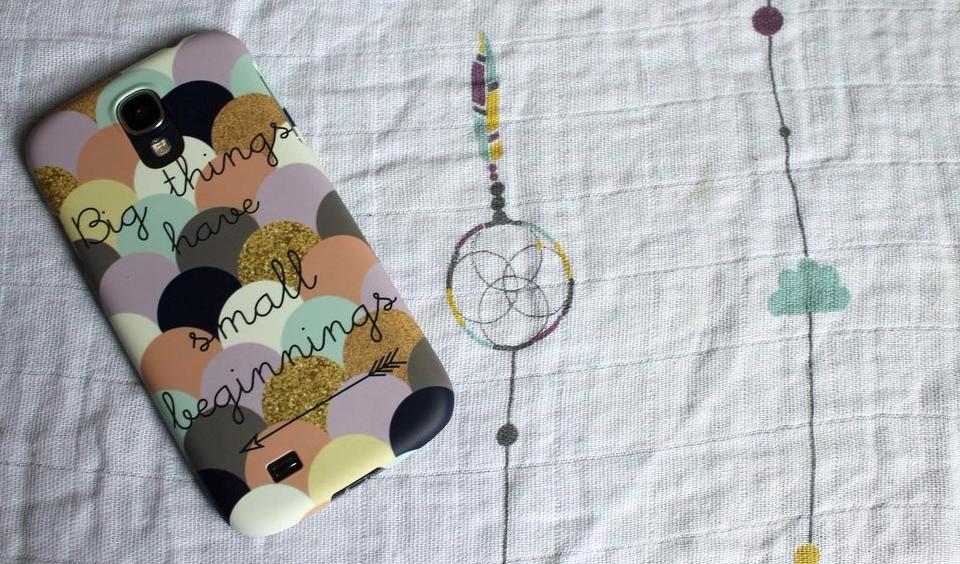 I also love to have an aesthetically pleasing phone case, seeing as I look at it a fair amount, although I am making an effort not to have it in my hand as much as Athena actually took it off me last week! I think she’s annoyed with the amount of photos I take of her and her brother! 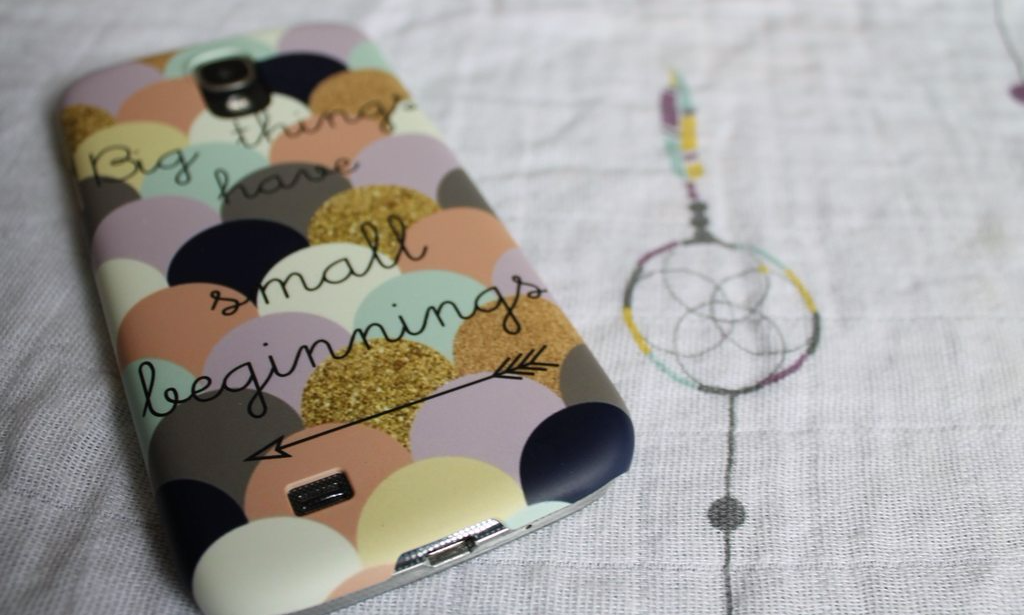 I designed the case using Caseapps easy online tool, adding text and the arrow to a background that I uploaded. The quality is spot on, and a couple of background images I tried first gave me a warning about low quality so I knew not to use them. The case arrived in two days which was impressive! The quote is from Lawrence of Arabia by the way, a few people have asked! 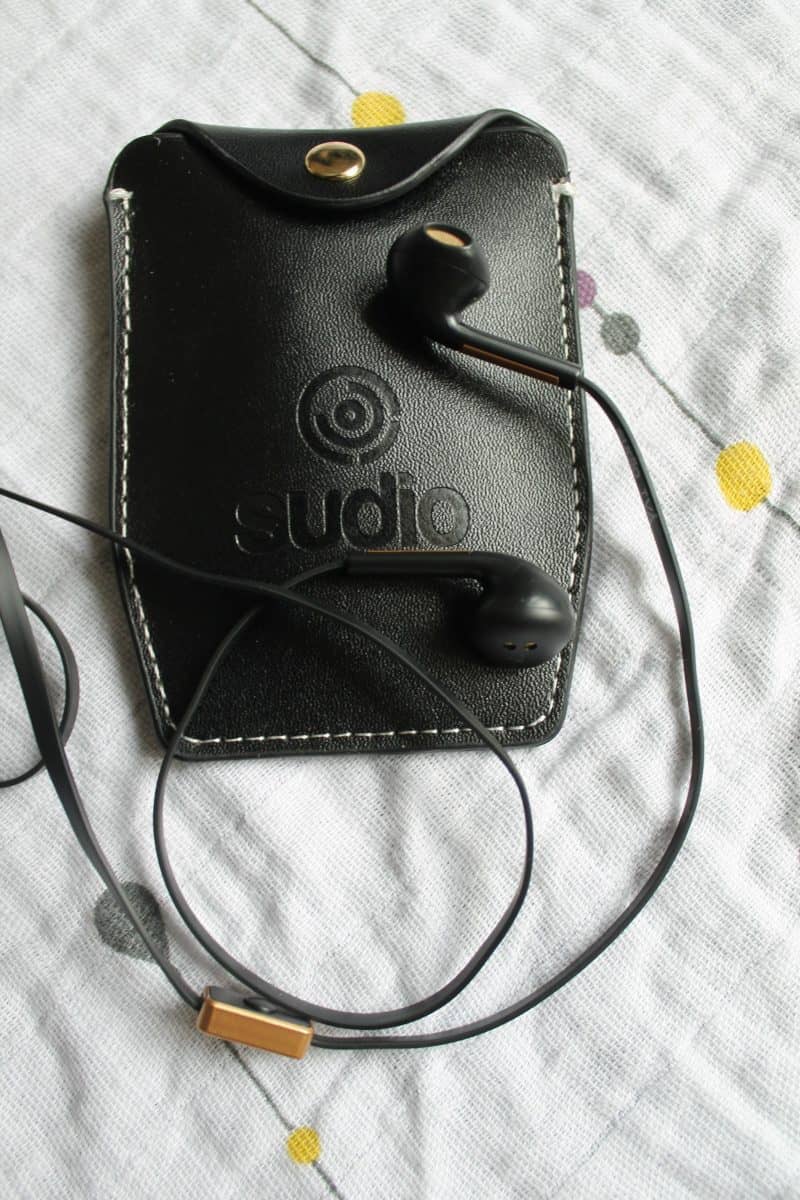 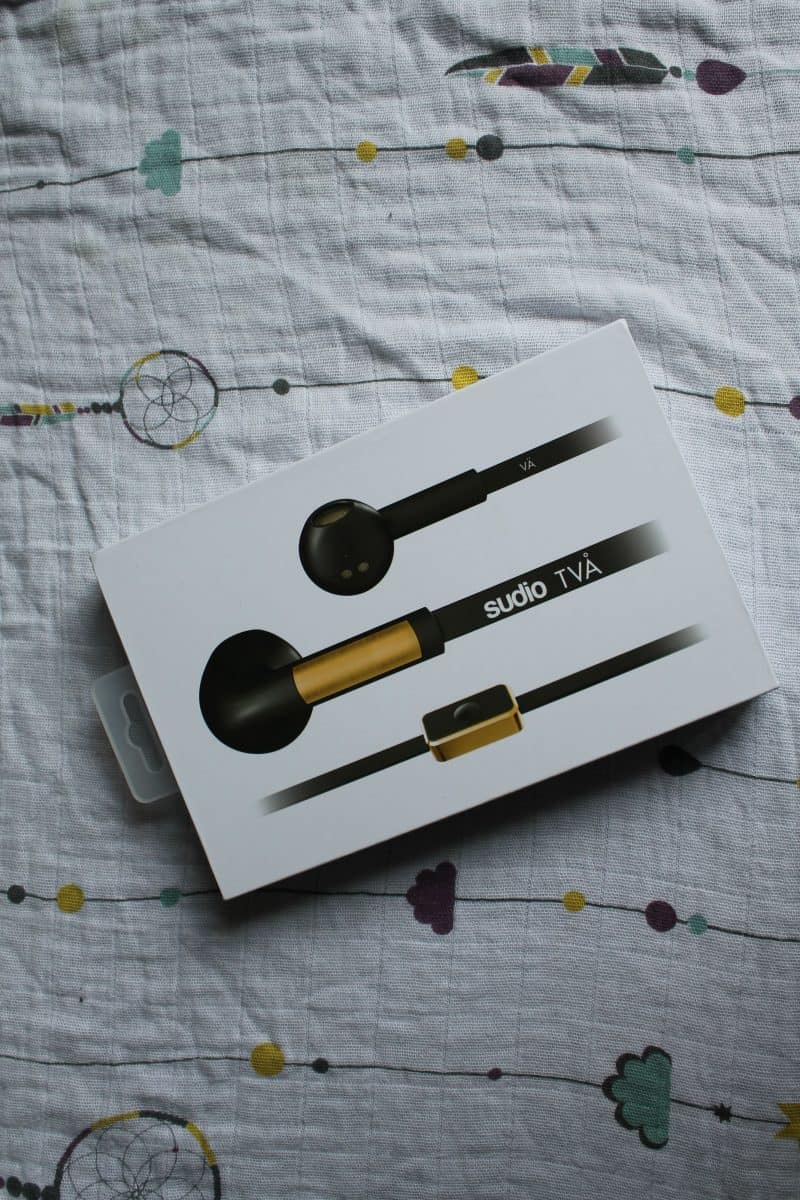 The Sudio earphones come in a choice of colours, though I chose black to stand out from all the white pairs you see around, plus they don’t show the dirt so quickly (my previous headphones were more grey than white!). You get a leatherette case to pop them in when not in use to avoid tangling, along with a gold clip to attach them to your clothes. The flat wires don’t tangle as much I find, and the ear buds are really comfortable even though I have pretty small ears! My TVA headphones cost 45 Euros which is around £32. I love the back story behind the name of the company too:

During the project, one of the founders was in New York and ran into Phil Collins on the street when he had problems with his earphones. When they still were in the prototype stage and didn’t even have a name, was all he could say to Phil “Trust me, I know the feeling.” From that bittersweet meeting they chose to name the company after his song “Sussudio”.

So, I have a competition for someone to win a custom iPphone case, or Samsung if you prefer from Caseapp, and a discount code to get 15% off a pair of Sudio headphones!

Use: Belledubrighton15 to get 15% off code, with free shipping on all orders too on the Sudio Store and visit Sudio on Instagram and Facebook too!

Enter below (all entries are optional, ends 5/7/15, UK addresses only) for a chance to win a custom phone case:

I was sent both the phone case and the headphones in order to review them, all opinions are my own.