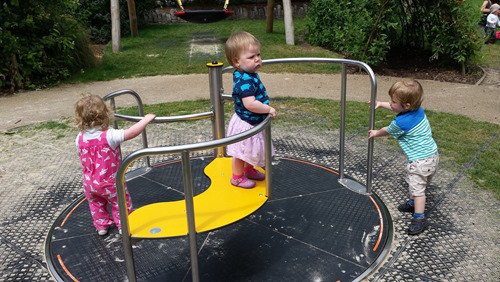 I’ve had a busy (but hugely enjoyable!) week and am now suffering with mouth ulcers and an IBS flare up, serves me right really. I always get mouth ulcers when i’m about to get ill or am just run down and tired, so today is all about staying under the patchwork quilt and hoping that Athena is happy to play with her oodles of toys without too much interaction from me! I’ve deliberately spent a lot of the week absent from social media (Well, twitter really as I find instagram is a perfect pre-sleep flick through) so I can spend time getting used to a new work routine but I do feel like I’ve missed loads of news from people, and have hundreds of unread posts that realistically I’m not going to have time to read, but it’s not the end of the world is it? 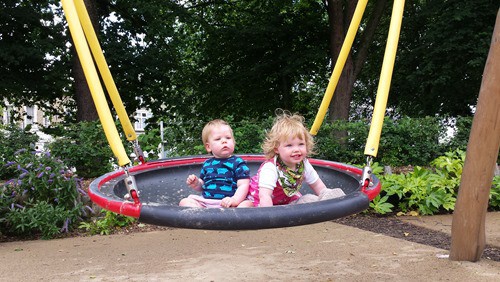 So, last Saturday I met up with two lovely Hannah’s, of Make do and Push & Mums’ Days (who I pinched the photo above from, the top photo is of A and Busby, the first Hannah’s little one). The second Hannah was in Brighton for the weekend so we met up with our sproglets and spent a lovely time in the park after fending off pigeon attacks on our cakes! I then did a few errands whilst Athena napped and had a quick catch up with Skye for a drink afterwards. On Saturday night Sam and I headed out to celebrate our friend Dan’s 30th with him, and lots of our other friends! I discovered a Raspberry Collins cocktail which was pretty delicious, though I felt a little fuzzy headed the next morning as I had a mojito or two too!

Sunday saw us head out to Ikea with some friends. I think i’m going off Ikea meatballs you know… or maybe I should stop ordering the biggest size? We bought an awesome new rug for the living room, and a new chest of drawers to replace the rickety old one that I have most of my clothes in! Sunday night was a nice chilled out one, we started watching Nashville!

I worked Tuesday to Thursday, which really wasn’t as awful as it could have been after 13 months away! It was strange not going back in and being ‘the boss’ but seeing as the new boss is on holiday it was a bit like I’d never left! I spent my first day tidying and cleaning the office as it was a state and a half! But I’ve settled in okay and enjoy the train journey to and from for the peace and quiet and time to spend reading a book! I did buy a new Samsung tab4 with the aim of writing blog posts on the train but I thought for the first week I’d just get stuck into a book! Athena has taken to nursery like a duck to water, absolutely no issues at all and she even falls asleep at naps times with no fuss for them, hurrah! 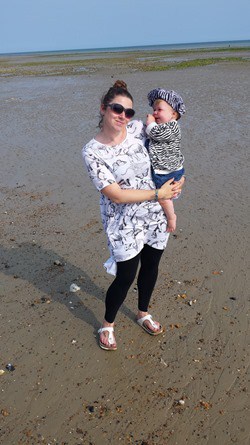 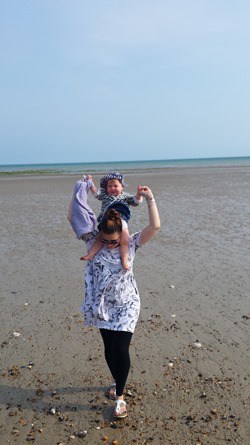 Friday was a nice chilled out day as Sam was off work too, so we popped round to a friends for tea and biscuits, and watched another episode of Nashville before I headed off to spend some time at the #BrightonOTB event, which was amazing (and possibly why i’m a little run down!) but I’ll write about that in more detail soon! When I got home from that we took a family stroll down to the beach, had an ice-cream and a wander and once the little one was in bed we watched the Book Thief, which was actually much better than I thought it would be!

Right, i’m off to make another cup of tea and attempt a nap! Have a lovey Sunday all! Please do let me know what you’ve been up to and leave a link to any posts in the comments so I can have a nosey!

7 thoughts on “Sunday catch up (one)”