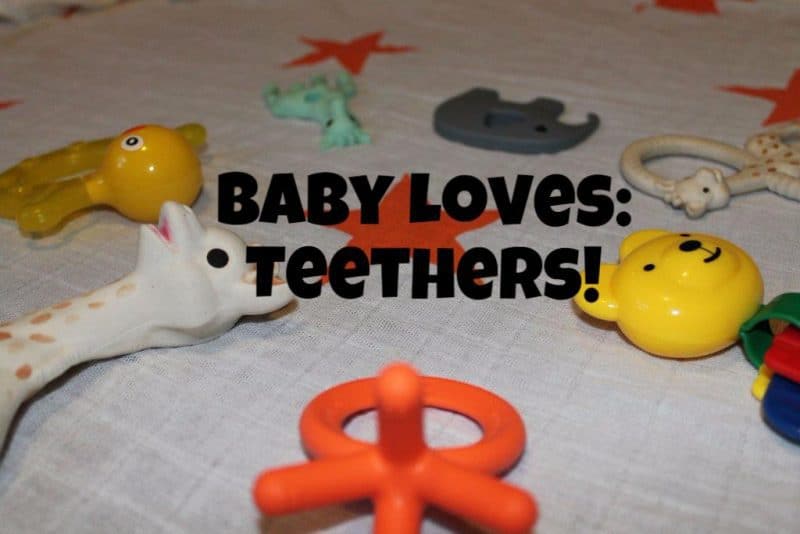 Arlo has reached that ‘oh look i’ve managed to grab something in my tiny hand by accident, better stick it in my mouth pronto’ stage so although it doesn’t mean a tooth will appear any time soon it probably means he can start to make use of teethers soon! I think Athena got her first tooth around 5 months but she never dribbled or any of that, it just arrived with no drama so I am hoping Arlo will follow suite… We knew that he was starting to grow teeth when he started randomly biting into stuff. According to Joanna Dreifus of MyMomShops, “biting is a very common thing that young children do. The reason why one child bites may be different from another,” but one of the most common reasons is that they are teething. So if someone asks – is it normal for toddlers to bite? Our answer would be yes.

I have been collecting a nice little assortment of teethers for him, so thought I’d pop them all together in a post in case anyone needs any inspiration! 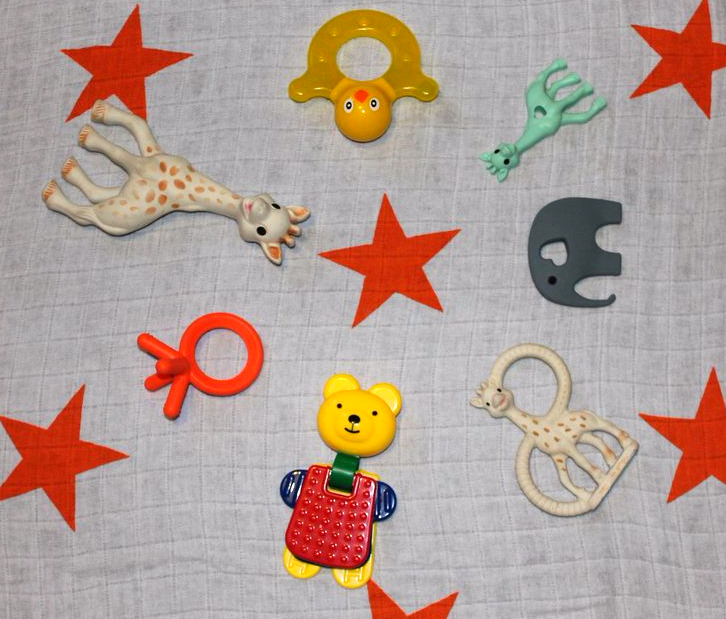 The Bear rattle and teether is from Ambi Toys, the head rattles and the three body parts of made of a nice safe to chew rubber and flap about and make a clacking noise when you wave it around.

The mint green giraffe and the elephant are from Chapter One and are made from food grade silicone, plus they have cute little hearts on them so you can attach soother clips to them to stop them going walkies or being flung out of the buggy!

Sophie la Giraffe, normal and small sized. These were both Athenas actually, so if Arlo shows any interest in them I’ll get him new ones. Probably needing no introduction, even non parents have probably endured a few hours with a friend whose kid has just discovered that the big sophie squeaks when you squeeze her. I wonder if it’s possible to remove the squeak… my ears would be a lot happier if Arlo isn’t a fan actually! 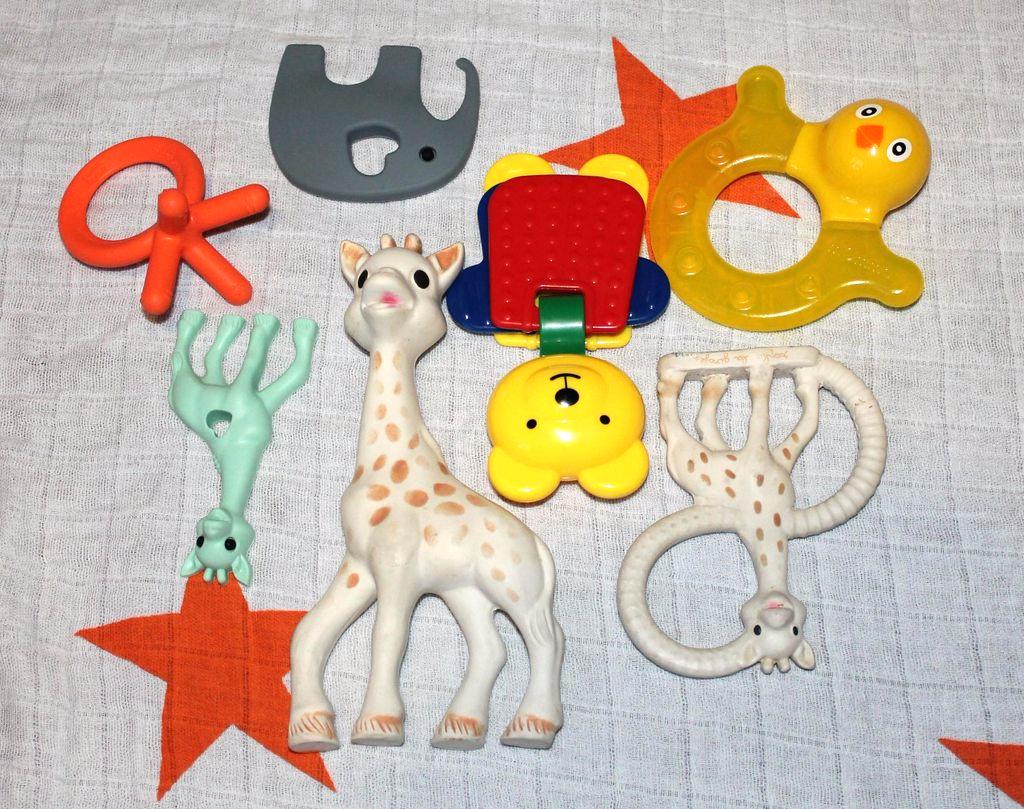 The  duck is a Momma Gino teether and I love that it can be chilled as it is waterfilled, to help numb sore gums on really bad days! Plus it is super easy to hold too!

The funny abstract shaped one is a Comotomo, and not only is it really easy to tiny hands to grasp, but the prongs are baby finger sized to try and encourage them not to chew on their own! The ends of the ‘fingers’ have little nobbly bits too. We have another one in blue that I have given to Athena as she has that last set of notoriously painful molars left to arrive and i’m sure they’ll be arriving soon!

I have already bought Arlo an amber necklace and anklet, but chubby though he is the anklet is still a bit big, and the necklace can wait a while too! I have no idea how they work really but Athena had such little trouble with her teeth arriving and wore amber so I am definitely going to hope it works with Arlo too!

The little elephant and giraffe were purchased by myself and the two Sophies were already in the family, everything else was sent to us for review. All words and opinions my own.