A huge part of the Harry Potter appeal is the amazing spells the students and teachers of Hogwarts perform on a daily basis, but some are a little more special than the others. From banishing soul-sucking demons to transforming fears into follies, there’s a spell for everything in the wizarding world.

If you’re planning a trip to the Warner Bros Studio Tour in Leavesden, you’ll need to brush up on your spell pronunciations (as well as booking your tickets before you arrive at www.wbstudiotour.co.uk), so take a look below at my top spells picks. 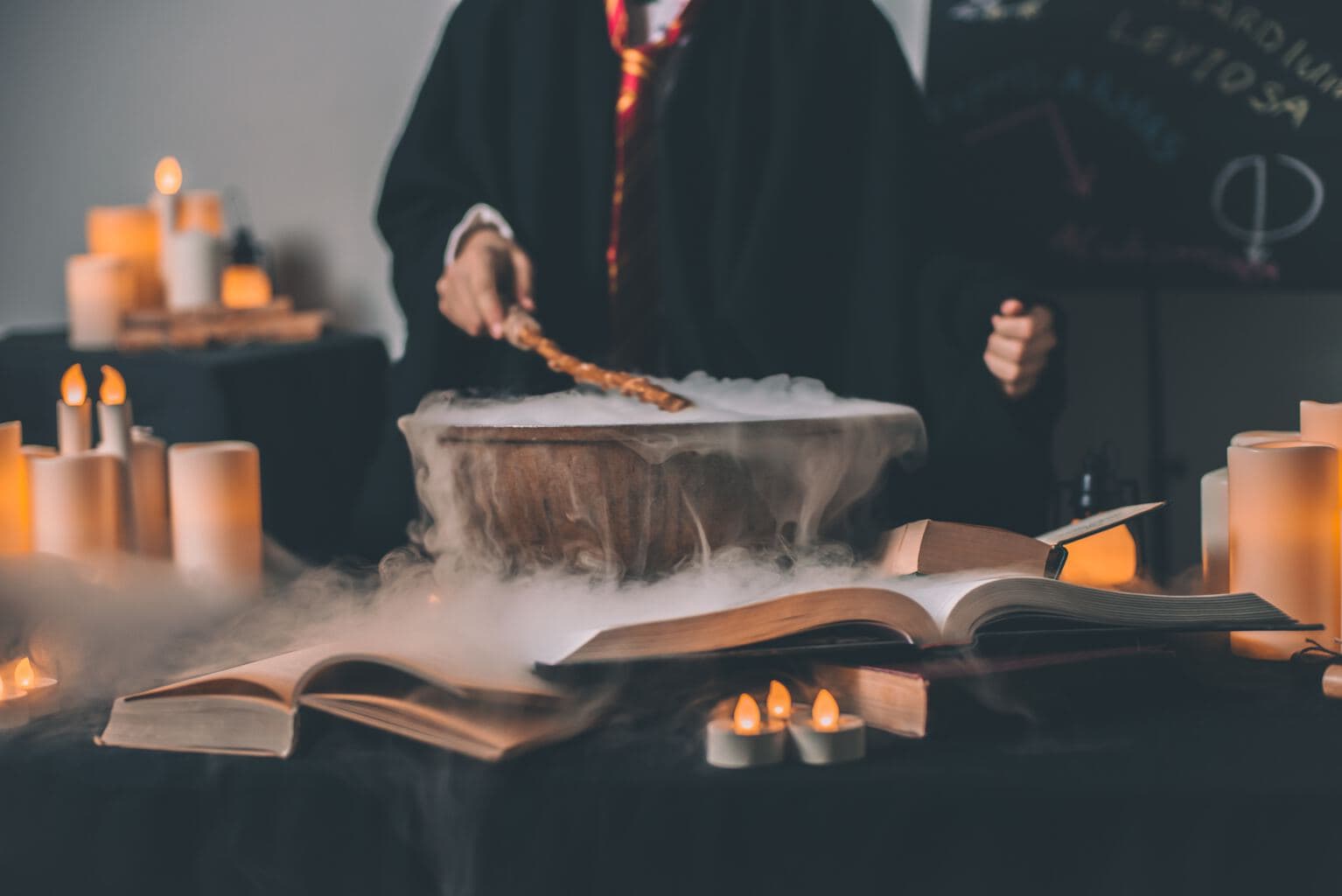 A defensive spell that every wizard needs to be able to draw on in times of trouble, a cry of ‘expecto patronum’ will send a glimmering patronus shooting out of the end of the shouter’s wand. The charm will take the form of an animal with significance to that person, but the animal can change after emotional turmoil.

Patronus charms are used against dementors and lethifolds and can be difficult to master. This is why Harry gave his classmates lessons in summoning their protective animals. If you’re curious, you can take an online test to discover what your patronus would look like.

Nobody forgets Hermione admonishing Ron and Harry for their improper pronunciation of this key spell. She is right though, as it really isn’t ‘leviosahhh’! The proper diction, when coupled with a suitably stylish swish-and-flick wand movement, will make any item of your choosing levitate in the air. It’s handier than it might sound, as the size of the item is unimportant, as demonstrated by Harry, when he made Hagrid’s sidecar float.

Caution is needed when perfecting this spell, as Seamus Finnigan almost blew himself up trying to make a feather levitate.

The only way to banish a boggart, this spell is exceptionally magical. It turns fear into laughter when shouted with enough conviction and accompanied with a suitably hilarious mental image. Any boggart (a demon that takes the form of a wizard’s greatest fear) will instantly transform into an idiotic version of itself.

Neville Longbottom mastered this spell in Professor Lupin’s class. When his boggart took the form of the formidable Professor Snape, he managed to make it a laughable sight by dressing it in his eccentric grandmother’s clothing – complete with insane hat!

Is there any point being a wizard if you can’t open otherwise inaccessible rooms, boxes and intriguing items? When there are dark forces swirling around your school, you need to know that you can unlock mysterious doors to save the day, and an authoritative cry of ‘alohomora’ is usually the first port of call.

Hermione is particularly adept at this spell, but it’s important to know that accomplished wizards can bewitch doors to become immune to this spell. When this happens, you know there’s something worth discovering behind them.

A particularly useful and adaptable spell that allows a wizard to call items to them, and they don’t even have to be within sight. It can be used for frivolous or important tasks equally. Let’s say you’re in your dormitory and can’t find your slippers, you can simply say ‘accio slippers’, and they will be by your side instantly. It can come in handy when fighting the dark forces, too, though, as Hermione demonstrated by drawing important horcrux research books to her in Dumbledore’s office.

The only sticking point with this summoning spell is that a lot of thought and intention need to be behind it, as well as clear visualisation if an object is out of sight.

Not all magical spells have a positive or protective impact, and chief among the nasty incantations is this one, otherwise known as the killing curse. A flick of the wand and an utterance of these words will kill its target in a moment of unforgiveable rage and evil intent. It won’t come as a surprise that this is Voldemort’s favourite spell and one that he has used multiple times, most notably, against Harry’s parents.

I almost didn’t include the pronunciation, just in case.

Harry Potter fans flock to the Leavesden studio tour, robed in their house colours and ready to recreate favourite film scenes in front of the relevant sets. And spell-casting is a big part of the day. This guide to the most magical spells will help you with your own photo opportunities and immersive experience.