Forming a natural border between France and Spain, with tiny Andorra enfolded within their peaks, the Pyrenees stretch some 430km from their Catalan-speaking, Mediterranean east coast to their Basque-speaking, Atlantic west in the Bay of Biscay. In between, their high meadows, craggy peaks and deep gorges provide the setting for superlative walking. With frequent, budget flights from the UK to Barcelona or Girona making them affordable and accessible, these are just some of the highlights you can expect to enjoy on a walking holiday in the Pyrenees. 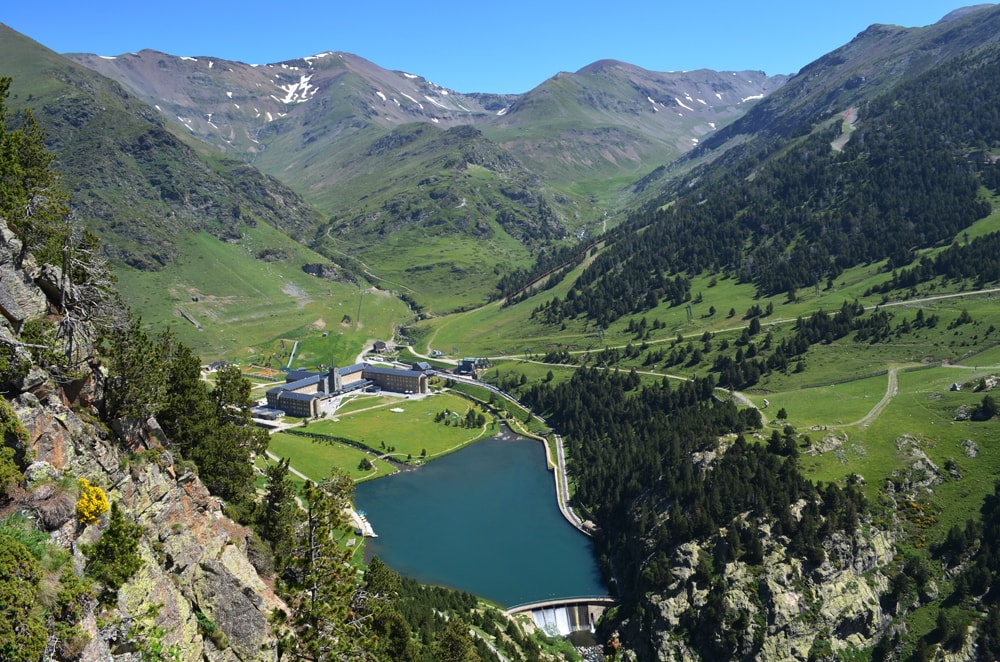 In winter the slopes of the 3000 metre peaks that surround the pilgrim’s destination of Vall de Núria are draped in a deep coating of snow, attracting ski-toting worshippers to their myriad pistes. But in spring and summer, when the melt waters cascade into the lake and the slopes erupt into a giddy, chaotic carpet of pink evening primrose and rhododendrons, it’s boot-clad walkers who take the rack railway from Ribes de Freser to descend the valley to Queralbs, tracing the course of the Núria River as it races gleefully down the gorge. 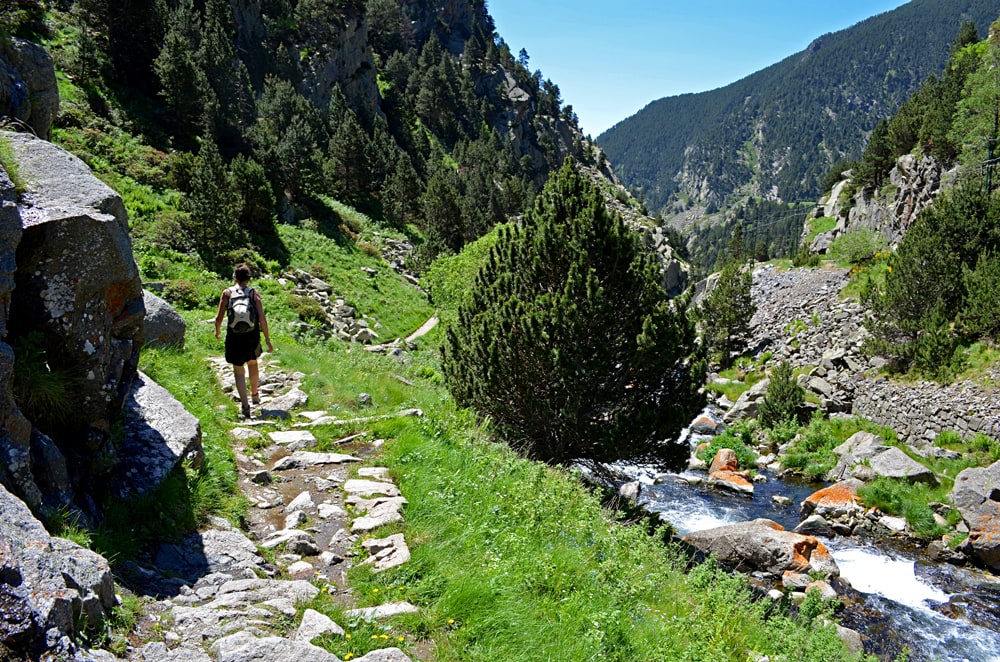 By dramatic contrast, the Zona Volcánica park in the Alta Garrotxa is a kaleidoscopic playground of lava flows and volcanic cones whose slopes support dense forests of Holm oak and beech trees, like green islands rising from a sea of frozen eruptive debris. Paths lead through the wild woodlands to the extraordinary sight of Castellfollit de la Roca huddled on its sheer basaltic perch, high above the treeline, just waiting for the Directors of Game of Thrones to notice its tailor-made profile. 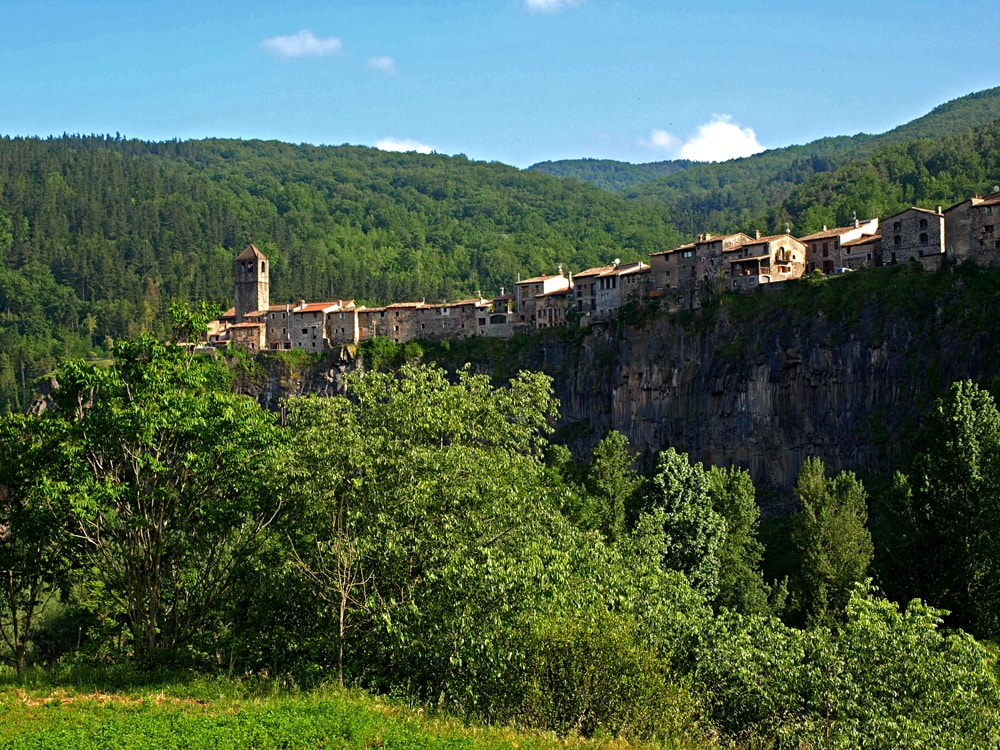 The contrast of sapphire lakes set amongst granite and limestone peaks is one that’s hard to beat, and it’s captured beautifully on Inntravel’s The Grand Cerdanya where your walking holiday takes you across the rugged slopes of the Serra de Caballena above the golden bowl of the Cerdanya valley. Wild horses graze the high meadows, and the glacial lakes of Bouillouses reflect the pine-clad splendour of their surroundings in the still surface of their tranquil waters.

A melting pot of Catalan, Basque and French cultures, each with fiercely proud traditions, the villages of the Pyrenees offer a glimpse into a way of life largely untouched by the creeping hand of tourism. Amongst them, you’ll find charm and character in bucketfuls and a warm welcome from those whose families have inhabited the mountains for generations. Few villages offer more enticing Instagram profiles than Cadaques, once described by Salvador Dalí, as “the most beautiful village in the world”. The blindingly white walls of slender, tall houses rise alongside narrow cobbled streets winding their way through the mediaeval village, ebullient bougainvillea running riot over sea-blue shutters and doors. Dalí was so taken by Cadaques that he bought a fisherman’s cottages in the pretty, nearby village of Port Lligat where fishing boats bob lazily in the bay. Over the ensuing 40 years, Dalí and his wife Gala acquired adjoining cottages and converted them into their much loved and appropriately eccentric home, now open to the public as a house-museum.

Hot on the heels of Cadaques for the title of most beautiful village in Catalonia are the stone-faced beauty and 12th-century Romanesque church of Beget nestling at the foot of the mountains; the cloistered elegance of mediaeval Santa Pau, a fortified village with a penchant for art and good food; and beguiling Besalú whose Romanesque bridge steals your breath away and the rest of the village refuses to give it back until you leave. All of them are stopping places on a journey through the Garrotxa region and each one cries out to feature on Facebook posts and Twitter streams. 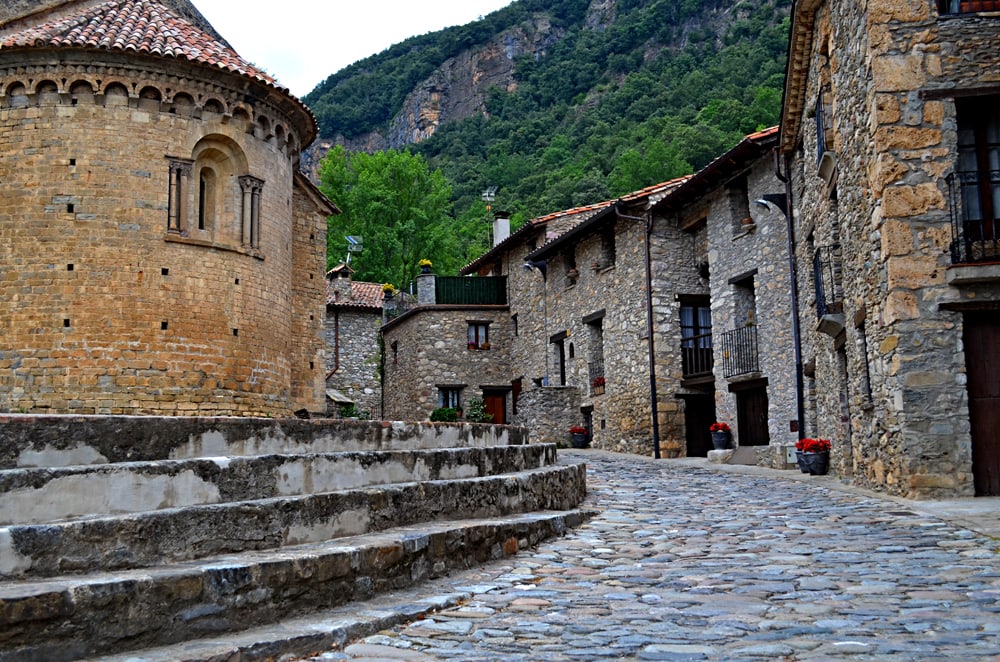 In this remote land where invisible borders are criss-crossed by paths oblivious to lines on a political atlas, life revolves around the yin and yang of necessity and pleasure – work and food. Meat and game are plentiful, vegetables are staples and the lakes and streams provide fresh trout while near the coast, fish and seafood are abundant. Over the past two decades, Catalan cuisine has come down from the mountains and inland from the coast to become one of the most celebrated of Spanish gastronomies.

On a walking holiday in the Pyrenees you’ll enjoy fresh and hearty local cuisine such as arròs (paella) of rice and seafood and its pasta equivalent, Fideuá. When fish and seafood are plentiful you’ll find steaming cauldrons of Suquets slow cooking, a fish stew rich in varieties of rock fish and oversized cigalas. Never afraid to have meat and fish share the same plate – mar i muntanya – don’t be surprised to find such unlikely companions as rabbit with snails or partridge with prawns. After a hard day’s walking, few dishes are more welcome than a thick, savoury stew such as Butifarra – sausage with beans and vegetables. Leave some room for the obligatory crema Catalana to finish, or maybe a mel i mató of honey and fresh cream cheese. 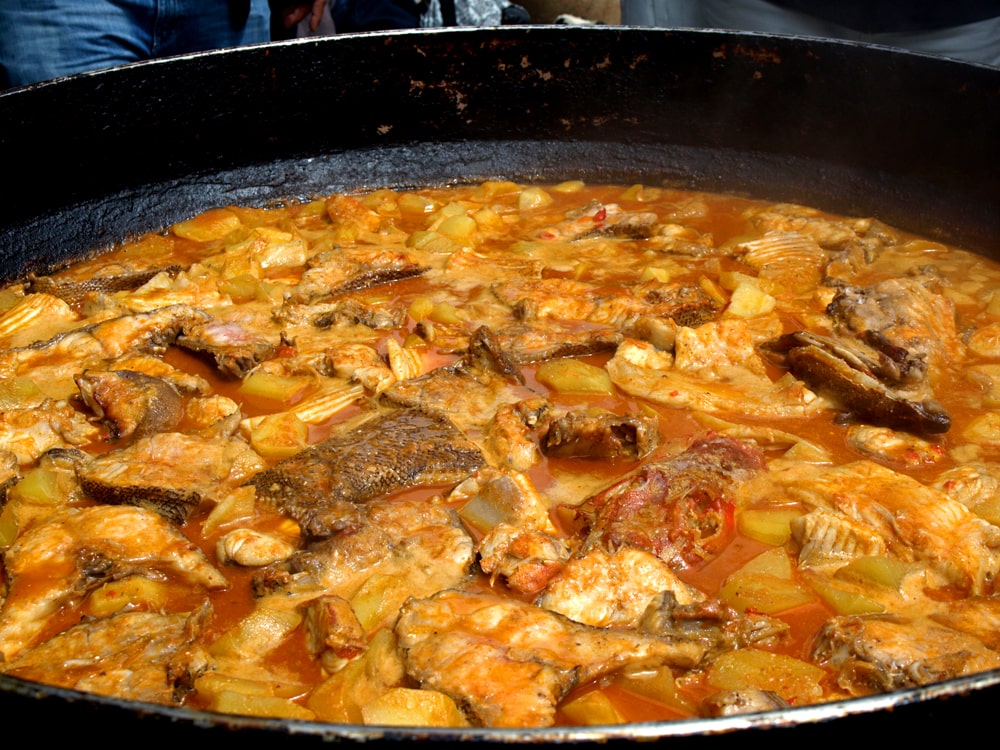 One thing’s for sure – you won’t go hungry.

A warm and stylish welcome

You may be some distance from the sophistication of Barcelona or the tourist hotspots of Costa Brava but you can still stay in top notch hotels, crammed to their mountain rafters in character, often accompanied by excellent local cuisine. These are just some of the places you might find yourself checking into on walking holidays in the Pyrenees:

Cal Sastre, in the beautiful village of Santa Pau, was the home of the village tailor and has been welcoming guests for three generations. Each individually-styled room blends tradition with contemporary comfort while the restaurant offers superb cuisine in an unbeatable position, on Plaça Major right in the heart of the village.

Hotel Grévol in Llanars has all the hallmarks of a mountain lodge – Alpine design with wooden balconies and window shutters, and a low-pitched sloping roof – combined with an elevated position overlooking the Comprodon Valley. Every room has a view and there’s a spa in which to soak away the demands of a day’s walking. Bliss.

Stepping from the forest into La Château Brangoly is like stepping through the back of a wardrobe into Narnia but without the witch and the snow. Owners Quim and Edu have created a welcoming mansion with elegant period furniture, consummate good taste and a Table d’Hôtes menu worth walking across the mountains to taste.

At the family-owned Hotel Caçadors in the centre of Ribes de Freser, you can enjoy traditional cuisine in its popular restaurant, followed by a G&T – something of a hotel speciality – in the Moon Room at the top of the hotel where there’s a roof terrace and a hot tub. Chin chin. 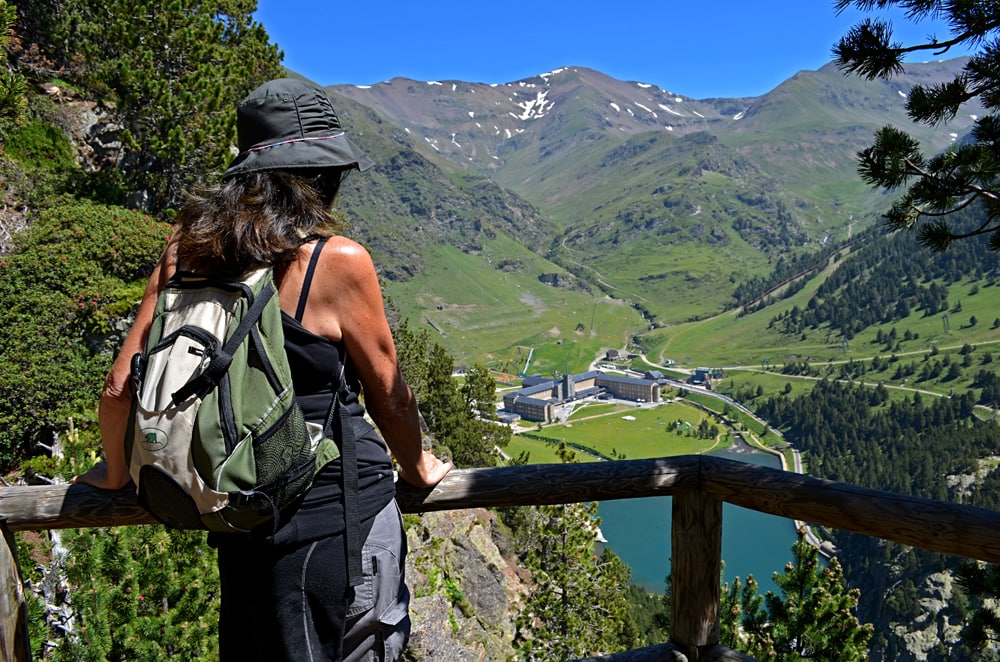 One thought on “Wanderlust: Top Walking Holidays in the Pyrenees”