Travelling in Italy the train is the most important and convenient way to travel between cities. The railroad systems in many European countries are quite different from the situation in other countries, and Italy is no different. Most tourists are limited by the language and other reasons, they do not know much about how to buy train tickets in Italy, what are the precautions to take by train, etc. They want to choose train travel but do not know where to start. Now, let this guide help you to solve the problem. You can also go to Visa Express to find out more information about travel visa. 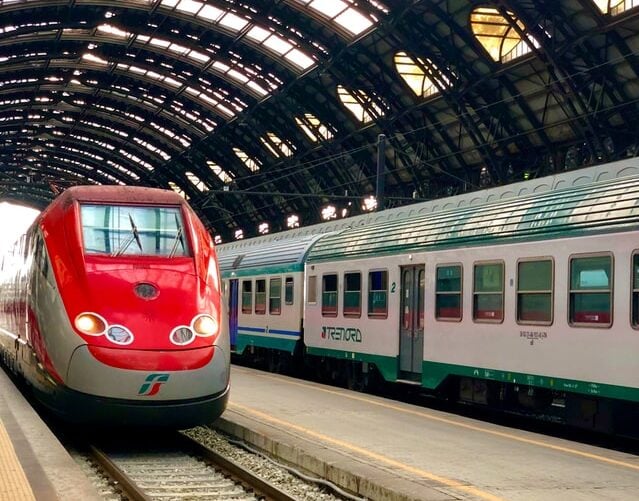 One is the Italian Railways (abbreviation: RFI; Italian: Rete Ferroviaria Italiana; English: Italian Rail Network) operated by the Italian State Railway (Trenitalia), which is a state-owned company and the main force of Italian rail transport, with its lines covering the whole territory.

The second is a private company that mainly operates regional lines or specializes in some intercity high-speed rail. Among them, this article only introduces Italo, which is more in contact with tourists, it only came into operation in 2011 and now focuses on high-speed trains between major cities, with rapid development and much higher service quality than the Italian national railway.

First of all, let’s look at the domestic lines. 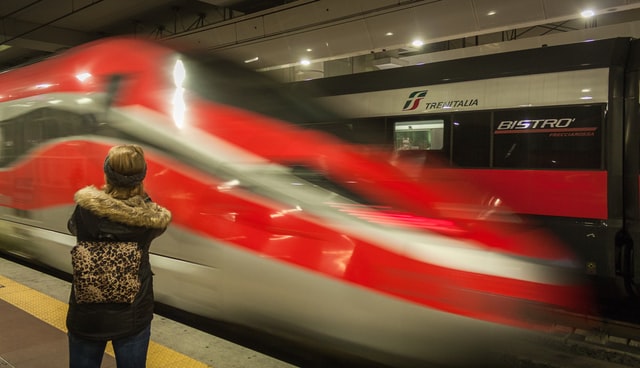 Intercity express trains in Italy mainly connect large and medium-sized cities, and the speed and condition of the cars are quite good, and the seats are compartmentalized. Another special type of intercity express is the InterCity Notte (ICN), which is a night train that travels throughout Italy. Of course, this kind of night train is much less comfortable and less serviceable than the cross-country night trains between European countries.

Regional trains are the slow trains that must stop at almost every station, and the equipment and comfort inside the train are also the worst. The advantage of this train is that it is cheap, it is convenient to reach niche destinations, and you can experience a completely different Italy from the tourist brochures in this rickety routine.

The Leonardo Express at Rome Fiumicino Airport in Italy is also operated by the Italian National Railways and is very convenient. From time to time, the official website of the Italian railway will release the discount of the airport express line, so you can pay attention to it if you need. Then look at the international lines.

The direct international destinations of Italian trains are France, Germany, Switzerland, Austria and Slovenia. The main cross-country trains currently running in Italy are TGV (to France and Switzerland) and EuroCity (EC, to Germany, Austria, Switzerland, Slovenia), and of course the regional trains in the border area (R), the cross-country night train EruoNight (EN, to Austria and Germany) and Thello (running between Italy and France), as well as the Alpine of scenic tourist trains.

How to buy tickets for Italian railways

In general, using the Eurail pass is not the most ideal option for train travel in Italy, because except for regional trains and domestic night trains, seat reservations are mandatory for each section of the line and cost 10 euros (even more for cross-country high speed trains, for example, the TGV from Milan to Paris costs 60-80 euros), which makes the actual price of the pass sometimes higher than buying a point-to-point ticket alone.

Of course, the advantage of a pass over a point-to-point ticket in Italy is the flexibility to change your itinerary, and the fact that you don’t have to fight with the Italian Railways website over and over again. If this is your primary concern, or if you are already on a tight schedule and can’t get a special point-to-point ticket, then buying a pass is a good option.

Buy tickets at the station

Compared to the affordability and convenience of purchasing tickets online, purchasing tickets locally is not an ideal option for foreign travelers. However, if you must buy tickets at the local train station for various reasons, it is best to choose a ticket vending machine. The machines have an English interface available and payment can be made in cash or by credit card (must be a chip card with a Pin code). Try to avoid buying tickets at ticket offices because most Italians do not speak English well, and because some unscrupulous employees may bully tourists who are unfamiliar with the area and force them to charge additional “manual handling” fees.

This is a collaborative post. Photos by Max Nayman & Duminda Perera on Unsplash.