I can’t remember the last time I watched ‘normal’ TV, as opposed to streaming something on one of the three subscription services we use. When I try and explain to my kids how different things are for them they just can’t understand that when I was little there were only 4 TV channels, with kids TV on from 3-5 each evening only! They have everything at their finger tips these days and it’s just incomprehensible to them that I couldn’t just watch what I wanted, when I wanted! With tablets and smart   hd televisions from panasonic they can watch exactly what they want, as they want to! Even if they want to watch different things, due to multiple TV’s & tablets that’s an option too! There is a great resource for picking the best TV here too which will be helpful!

But in the evening once they’re in bed I love to immerse myself in something other than kids TV and people opening surprise eggs on YouTube and often get a bit obsessed with things until I’ve completed the whole season! I wanted to share a few things that I’ve watched so far in 2018 in case you’re looking for your next obsession! 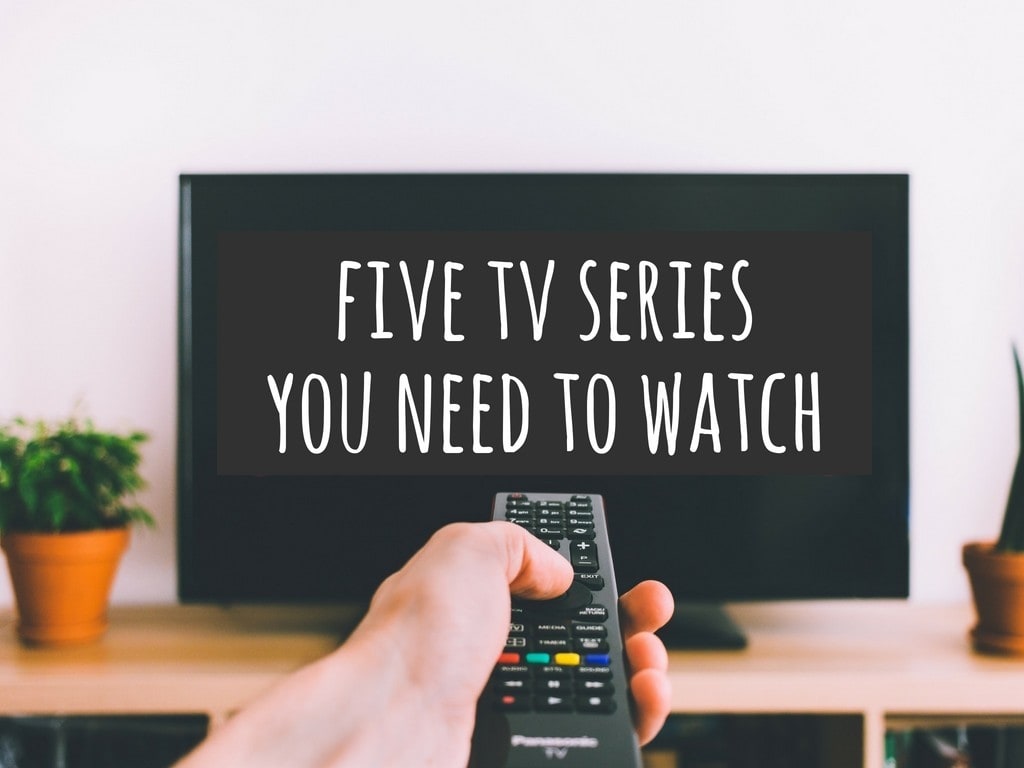 Smurf is a grandma, but she’s also the matriarch of a pretty dodgy crime family, and Animal Kingdom is the story of what they get up to, betrayal, crime, family drama and a lot more. It’s set in California on/near the beach so there are some amazing surfing shots as well as some amazing acting. I loved following the story of J, who is a long lost nephew who moves back to the family home when his mum overdoses, he’s a good, clever kid but that soon changes as he gets more and more involved in the family lifestyle, causing a bit of uproar amongst Smurfs sons. There are 2 complete seasons and the third is airing at the moment.

In Manhattan in the 50’s you didn’t get many stand up comics, and certainly not married Jewish ones. But Mrs Maisel decides shes got what it takes, and after her husband cheats on her, ruining their perfect Manhattan lifestyle she goes for it. It’s not easy and she hits several bumps in the road including being arrested and her family completely disapproving. It’s a great look into the 50’s, the fashions, interiors and the role of women, as well as being hugely funny too. Season two and three are in the pipeline.

Nashville has been running since 2012, though I only started watching it a couple of years ago, and it is currently in the mid season break of the 6th and final season. Following the lives of some of the largest (fictional!) country music stars in and around Nashville with all the accompanying drama; illegitimate kids, drink and drugs, betrayal, hidden sexual orientation and the rest of it. It’s fairly cheesy in places but the music is awesome (if you’re a country music fan!) and it’s a nice easy watch when you don’t want to concentrate of anything too much!

This is Us (Amazon Originals)

I’ve only just started watching this but I am obsessed! Following the lives of three siblings and their parents this has scenes from them growing up and also current day, which sounds confusing but isn’t at all. You need to watch the first episode when it all suddenly makes sense at the end and sets the scene for the following episodes. Two of the siblings are twins, and their brother was adopted when the 3rd triplet died during childbirth. A black baby being adopted by a white family caused some difficult situations, especially in the 70s/80s, and when Randall is discovered to be pretty bright this further widens the gap between the siblings. Two seasons are available to watch now with a 3rd due to air alter this year.

Based on the novel by Margaret Attwood (who also wrote The Handmaids Tale) Alias Grace is about a maid from Ireland who is sent to Canada to work, and then trialled and convicted of the murder of her employer and another servant, alongside the stablehand. The story follows the psychiatrist who is employed by the Governor to try and work out if Grace is actually guilty. Set in Canada the cinematography is beautiful, although there are some horrific scenes from the asylum and in the homes that Grace worked in. All the more horrid is that it is based on the real life events in the 1840’s, the real life Grace served 30 years for the crime and was set free, never to be heard from again.

I’m actually watching so much more on Netflix at the moment, 13 Reasons Why, The Staircase, Designated Survivor and The Rain too, you can look those up for yourselves though!

What are you bingeing on at the moment?