The week before last week we went on a UK road trip… I hate the term ‘staycation’ but I guess that’s what it was! Six nights away from home,  three individual nights in different hotels on the way up north and then 3 nights in a hotel in the village where my dad lives on the Cumbrian coast in the Lake District. I’ve put together a little holiday vlog, mostly for us to look back on but I thought I might as well share it too, that’s at the end of this post and along with it I thought I’d share some snippets and photos too.

Here’s what happened on our holiday…

We really did have a great time, originally I had wanted to go abroad for an all inclusive holiday but actually I think with the kids still being this young i’d not have been able to relax around the pool or at the beach properly and we might have struggled to keep them entertained. I planned this trip round them mostly, i’ll admit but we all had a great time and the kids experienced so many different things. I think we’ll hold off on the all inclusive resort holidays for a few more years until they’d both be happy in the kids club!

Here’s our vlog, it’s the first I’ve done so don’t expect too much! 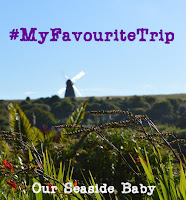 11 thoughts on “Travel: Our Roadtrip & Vlog”