On this date last year it was my last day a ‘single’ lady, and it was the first time we saw our baby on the sonographers screen, at the 12 week scan. That was an amazing moment and it suddenly all became so real. The rest of the day was stressful and hectic and I had ‘morning’ sickness for a lot of it too but very few people knew I was pregnant so I kept quiet… We had the wedding rehearsal at the Church in the evening and generally ran about like headless chickens. The girls from the church youth club sang ‘I think I wanna marry you’ to us before we left and I actually got teary eyed… it was so sweet and they’d been working on it all evening to surprise us!

We got married and honeymooned in Egypt…

I ‘enjoyed’ temperatures of –15 degrees in Prague with my mum for my Birthday (no fun when you’re needing to pee every 10 minutes anyway due to pregnancy!

Went on holiday to Cornwall with friends at 36 weeks, and even went down an underground tin mine for a tour!

I then battled the NHS for an elective C section and worked till I was 39 weeks pregnant. We got sent home on the day we were booked in as they had a lot of emergencies, so 2 days later (the day after my due date) we welcomed Athena! Who everyone said would be a boy but wasn’t! 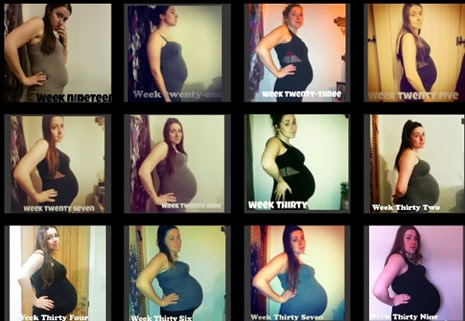 Then on her 6 week birthday we moved house, 2 days later we went on holiday to Norfolk and then a couple of weeks after that we went away for a friends wedding.

Now, a few months later we’re getting her Christened tomorrow on our wedding anniversary, in the same church at the same time by the same Vicar who married us.

If next year is a peaceful relaxing one I’ll be very happy!