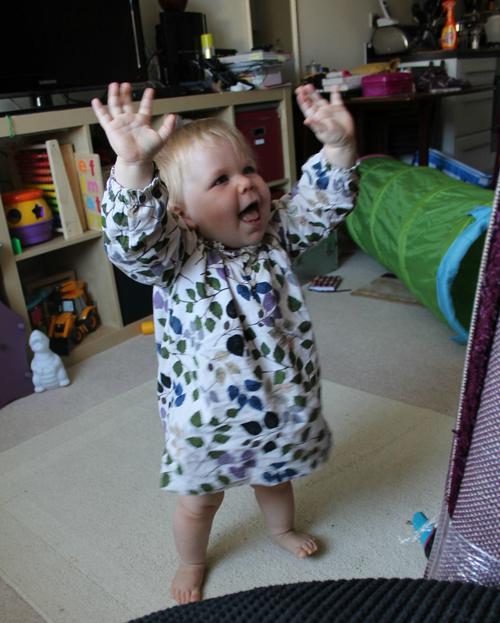 Well, all of a sudden Athena is 13 months old! I’ve not done a baby update since she was 10 months old, I meant to do one at a year but by the time I sat down to write it was too late!

Sleeping: through the night from around 8 till 8 or later. I was thinking about starting to put her to sleep earlier (so she’d wake earlier) in preparation for nursery but I’m just going to get her up earlier on these 2 days and see what happens! I’d rather not give up my lay-ins on the days when I’m not working, selfish though it may seem! She generally has one long nap around 3 hours after she wakes up, or two shorter naps. Naps at home are much easier now as she tends to fall asleep once she’s in the cot after about 5 minutes with very few yells. I don’t agree with the cry it out method so we don’t do this at bedtime, as she still tends to have a bit of a cry, but hopefully she’ll realise soon that day and night time sleeping is no different, but for now she falls asleep on one of us and we pop her in once she’s asleep.

Eating: much better than a couple of weeks ago when the jabs side effects hit! I think i’ll write a seperate post about current favourite foods etc soon. Still breastfeeding too (I wrote three posts recently about breastfeeding) which is a relief as I thought she might be starting to self wean. 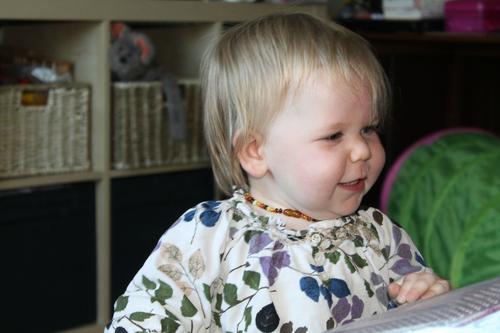 Doing: a whole heap of new things! She seems to learn a new trick every day! She took her first few tentative steps a week after her birthday, but has only taken one or two since! I’m happy because it’s amazing, but also sad because then she’ll be a proper toddler and no longer a baby. We’ve also mastered the silent roar (which is pleasant when she has a mouth full of lunch) along with smacking her hand on her mouth like a red indians war cry and strumming her lips to make silly sounds.

Saying: Dada, mama, cuddle (well, ‘udalllll’) yes/no (accompanied with head nods or shakes) and lots of copying words we say but not really make much sense.

Favourite things: bath times (splashing until there is more water outside the bath than in) swimming (we went down the big slide/flume thing at the pool a few times, she didn’t even seem phased!) Playing Peekaboo buy lifting her dress up over her face or hiding behind doors, and reading books (well, turning the pages, she’s no genius that can actually read at 13 months) She also LOVES to climb things, me, the sofa, out of her highchair and anything else she can really! 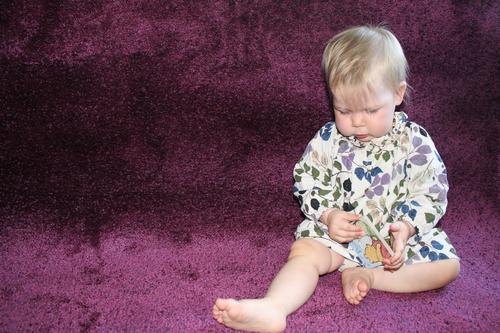 She’s generally a happy and contented little thing to be honest, which I am very grateful for because it has meant that settling in at nursery was a doddle. The first time I left here there for 3 hours she was so happy that even when I came to get her she didn’t even come over to say hi, just carried on playing at the activity wall, the little madam!